The event marks the spread of snow volleyball beyond the confines of Europe, which has so far been the dominant continent in the development of the sport.

Promoted by the China Volleyball Association and the Local Organising Committee, the tournament attracted snow volleyball teams not only domestic but also from abroad. The event saw more than 200 competitors take part, with athletes from China and Russia competing.

The China Volleyball Association believes the organisation of this tournament is a good opportunity for China to move on to hosting even higher-level international snow volleyball tournaments and sees the success of the event as a chance to seize this opportunity and further the development of snow volleyball in the country. 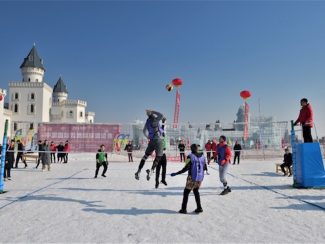