A year later, Clancy is celebrating her 28th birthday here today with Artacho del Solar and coach Kirk Pitman with a dinner and drinks as the world’s fifth-ranked team is training at the Australian Institute of Sport where the Beach VolleyRoos are headquartered.

“We’re very lucky in Australia that we have managed the pandemic well,” said Clancy, who last played with Artacho del Solar in mid-November in Mexico where the Australians topped the podium at the Chetumal Open by defeating China’s Fan Wang and Xinyi Xia in the three-set finale. “We have been back to full training for more than a month now. I did not enjoy my first winter in eight years, but grateful to be back on the court.”

As for her team’s coach, who hails from New Zealand where he missed qualifying for the London 2012 Olympic Games with Jason Lochhead, Clancy said Pitman “keeps our trainings fun and makes sure we take advantage of this extra time to grow our game. We have a regular Sunday roast dinner at his home with his family.”

Since it has been seven months since the pair has played in a competitive event, Clancy said the layoff “hasn’t hindered us. We’re just taking this extra year (to train for the Tokyo Olympics) as an opportunity phase. There is always heaps of room to keep growing our game.” 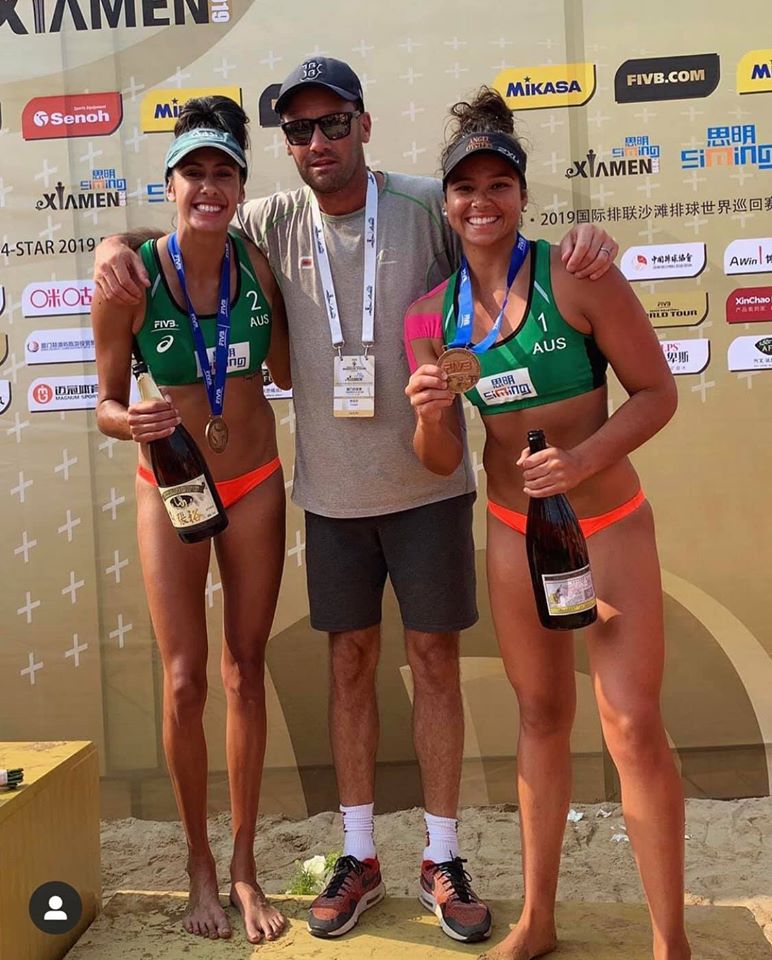 As for the extended qualification period for the Tokyo Olympics where the Australians need to participate in two more FIVB sanctioned events to qualify for the Summer Games, Clancy said “it’s a difficult time, not just for us but the whole beach volleyball community. We dedicate ourselves every four years for the next Olympic cycle in search for Olympic glory. Even though it’s difficult, it’s completely understandable and the best decision for the sport. This is the beauty of being an athlete, it’s dealing with adversity. Can’t get any bigger than a pandemic.”

Clancy celebrates her birthday on the same day as two-time Australian Olympic beach volleyball medallist Kerri Pottharst, who turns 55.  Pottharst teamed with Natalie Cook to win the gold medal at the Sydney 2000 Olympics after placing third on the Atlanta 1996 Summer Games podium.

“A cool omen,” said Clancy when asked if she and Artacho can match Pottharst and Cook’s Sydney effort in Tokyo. “I believe it means I was meant to be a beach volleyballer and hopefully a future Olympic gold medallist. I believe we can. Kerri and Nat are great supporters and mentors for both Mariafe and I.”

Clancy and Artacho rank second among Australian women’s and men’s teams in World Tour medals won with 11 podium placements in 22 FIVB events together, including six golds, one silver and four bronzes. The Australian pair finished third at the 2019 World Championships in Hamburg despite Artacho being hampered by knee issues that forced her to miss four months of play last year. 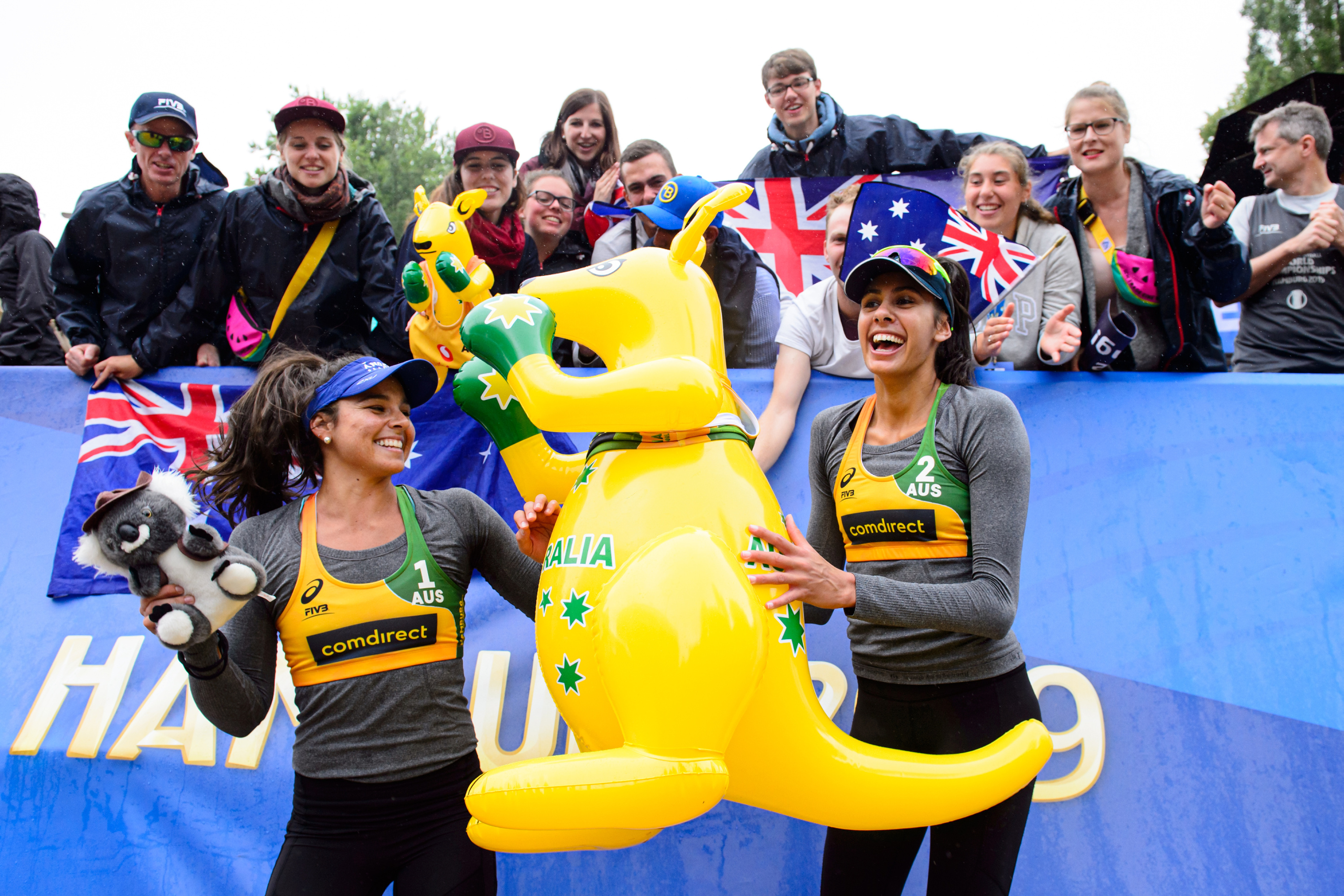 When asked if her team could better the 21 World Tour medals accumulated by Pottharst and Cook (62 FIVB events), Clancy said “Natalie and Kerri have left a great legacy for Australian beach volleyball and it would be amazing to have similar success. Mariafe and I have big goals that we would like to achieve, and we always take it one tournament at a time.” 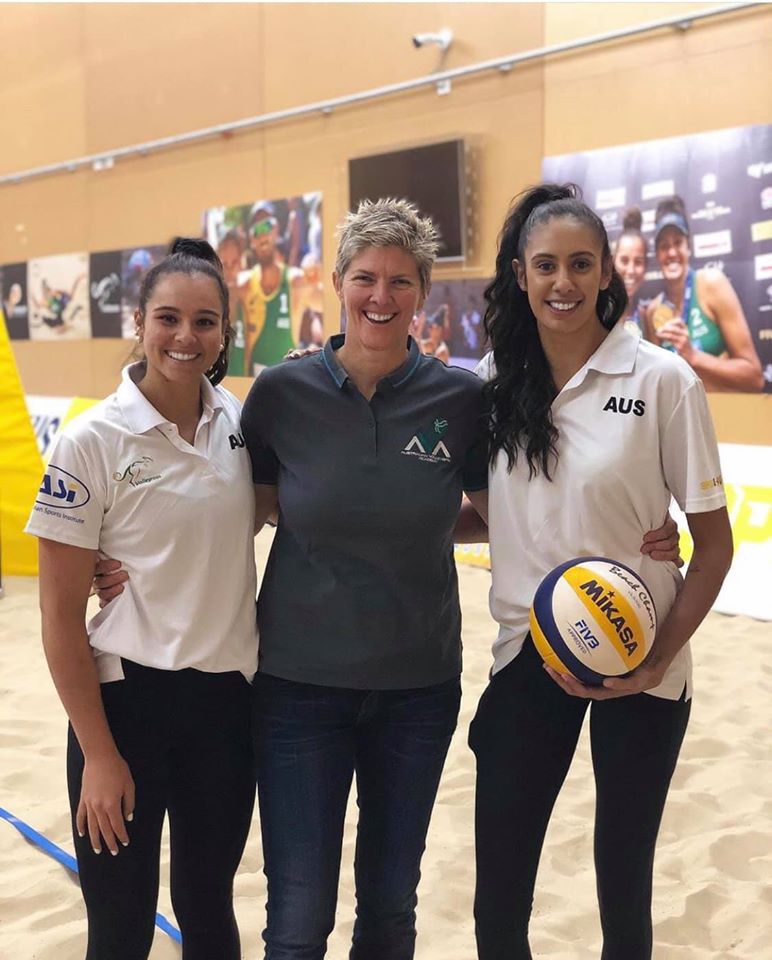 Clancy said “2019 was a great season and we both miss competing and traveling. I catch myself reflecting on which country we were in last year. This time last year we were heading to Hamburg soon to compete at the World Championships. I feel like some guilt for neglecting my passport.”