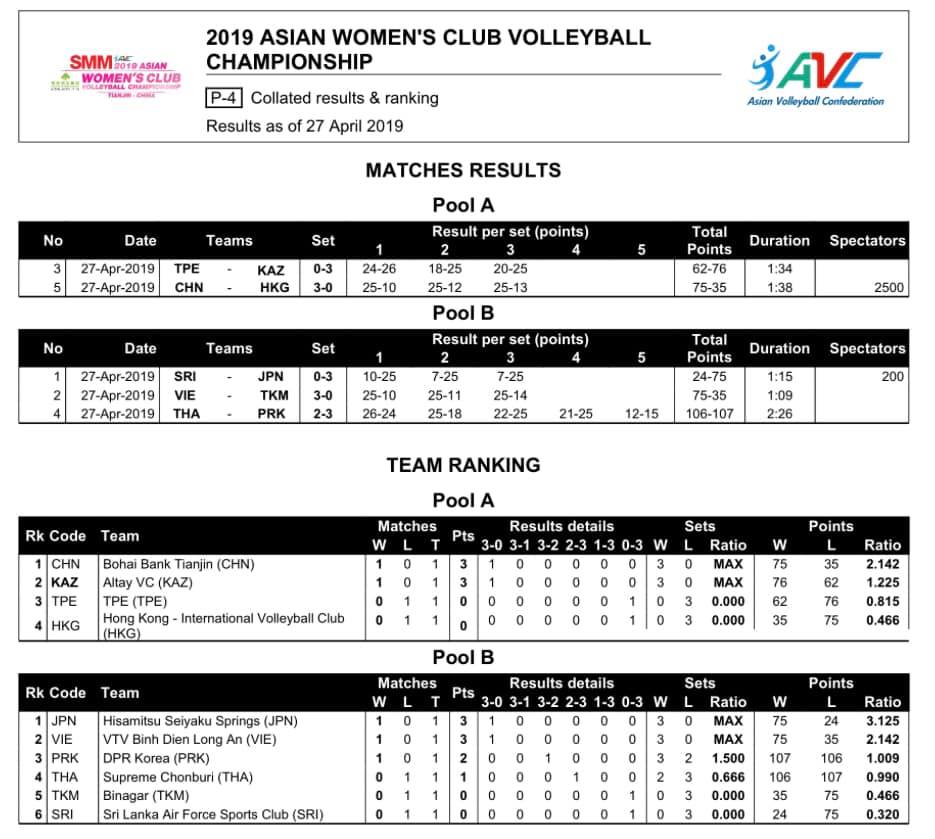 In the opening clash, Miyu Nakagawa kept a good company with her teammates and scored match-high 15 points including11 attacks from 16 attempts, 2 blocks and 2 aces, helping Hisamitsu Seiyaku Springs of Japan wrap up a comfortable 3-0 (25-10, 25-7, 25-7) victory over Sri Lanka Air Force Sports Club in 69 minutes. 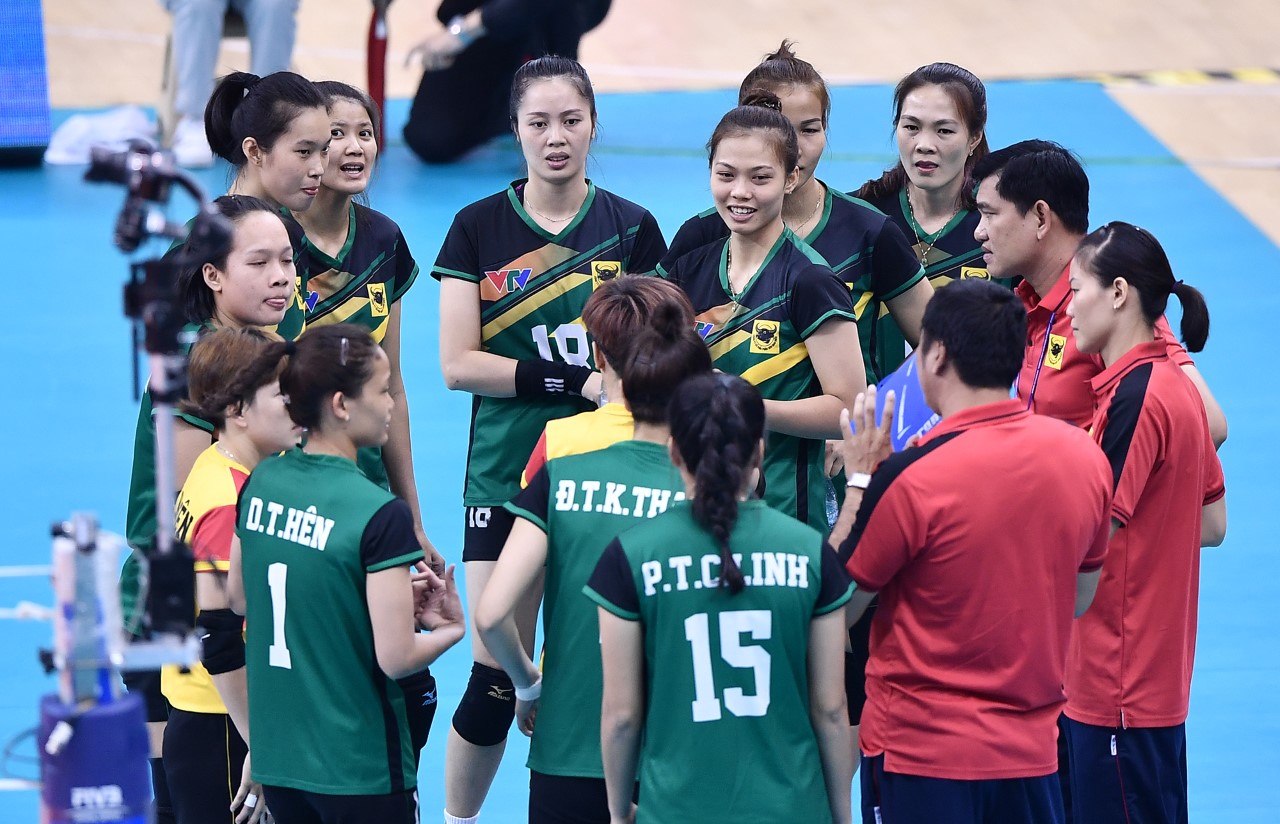 The second encounter saw VTV Binh Dien Long An from Vietnam spend only 63 minutes in sweeping Binagar Turkmenistan 3-0 (25-10, 25-11, 25-14) as the latter committed up to 44 deadly errors. Nguyen Hoang Anh Ngoc chipped in match-high 9 points, all from attacks out of 18 attempts for the Vietnam side. 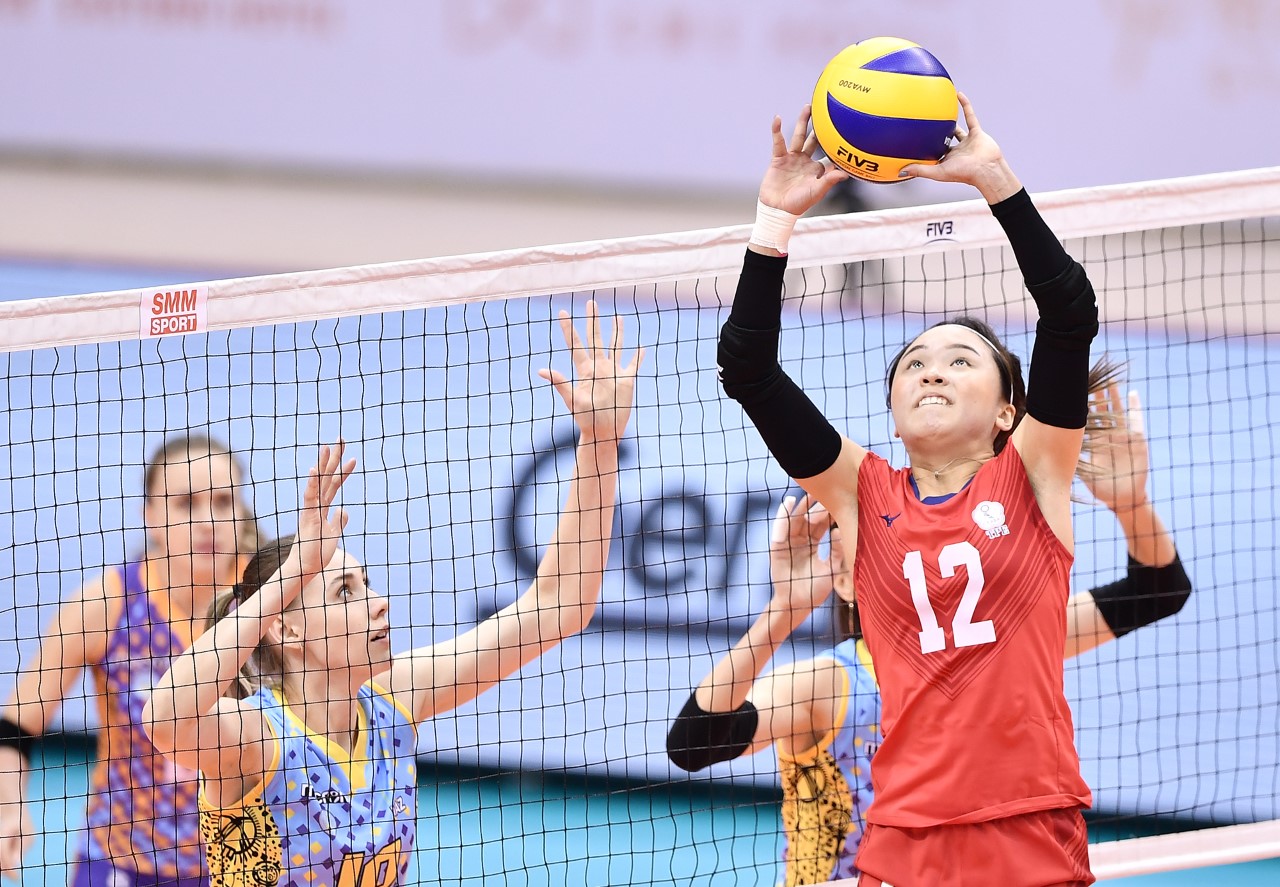 Altay VC from Kazakhstan benefited from the timely blocks as well as their rivals’ double errors to claim a convincing 3-0 (26-24, 25-18, 25-20) win over TPE from Chinese Taipei.

“I am very satisfied with the first game, the victory is important to us. Our opponents have also done a great job.” Altay VC’s head coach Russian Iurii Panchenko Anchenko commented with a big smile. 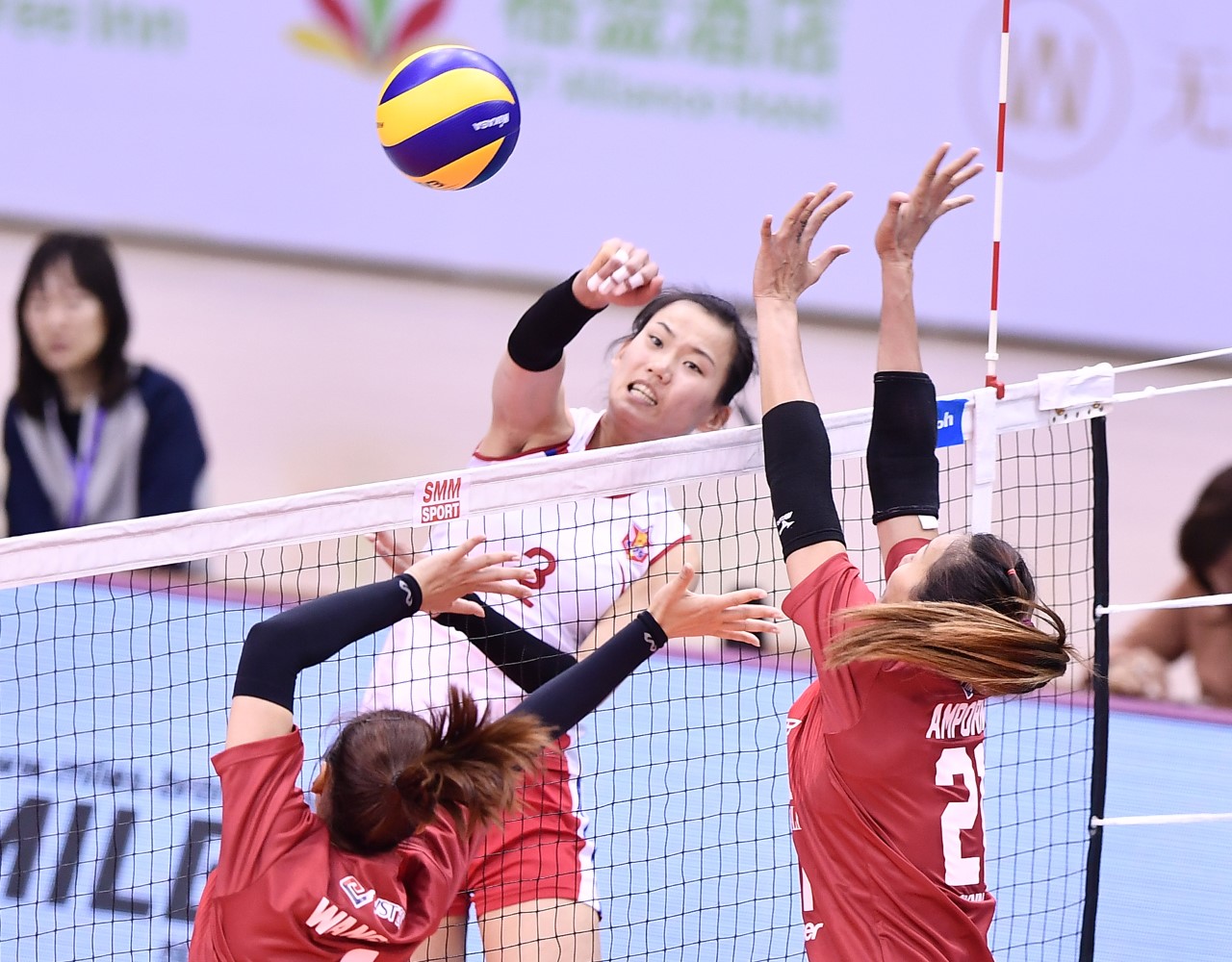 DPR Korea’s 4.25 Club put on a gallant fight, highlighted by captain Jong Jin Sim, who delivered a match-high 36 points out of 114 attempts within 134 minutes, facilitating her team to perform a thrilling comeback five-setter (24-26, 18-25, 25-22 , 25-21, 15-12) triumph over defending champions Supreme Chonburi from Thailand. Ajcharaporn Kongyot also contributed remarkable 32 points from 85 attempts but was in vain to help lift the team’s victory. 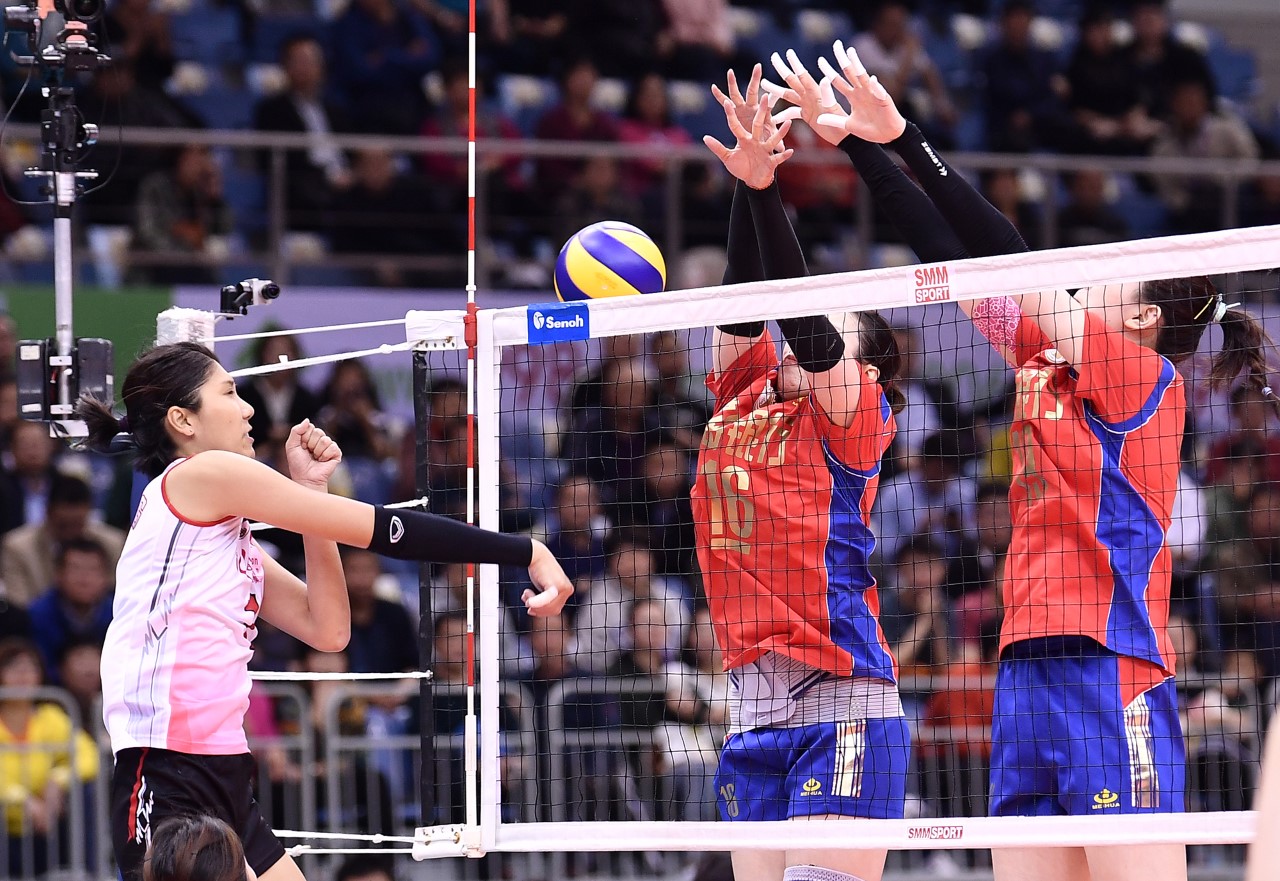 The last match of the day witnessed the hosts Bohai Bank Tianjin delight the tribune with their overwhelming superiority over the Hong Kong International Volleyball Club as they closed the day with an easy 3-0 (25-10, 25-12, 25-13) victory. Wang Yuanyuan and Wang Yizhu both chipped in similar match-high 14 points followed by Serbian aid Crncevic Aleksandra with 12.

Head coach of Hong Kong International VC Wing Sang Kwan congratulated the hosts. “In fact, we lost the game mainly due to the lack of international competition experience since most of the players are amateur. At least we’ve learned a lot from it and I am pleased that we did release some excellent fight-backs in the final set”.

Due to the unexpected withdrawal of Iran, there are only 4 teams left in Pool A. However the match schedule remained unchanged. TPE will have a bye on Sunday as scheduled and hosts Bohai Bank Tianjin also will have a rest day thanks to the absence of Iran. 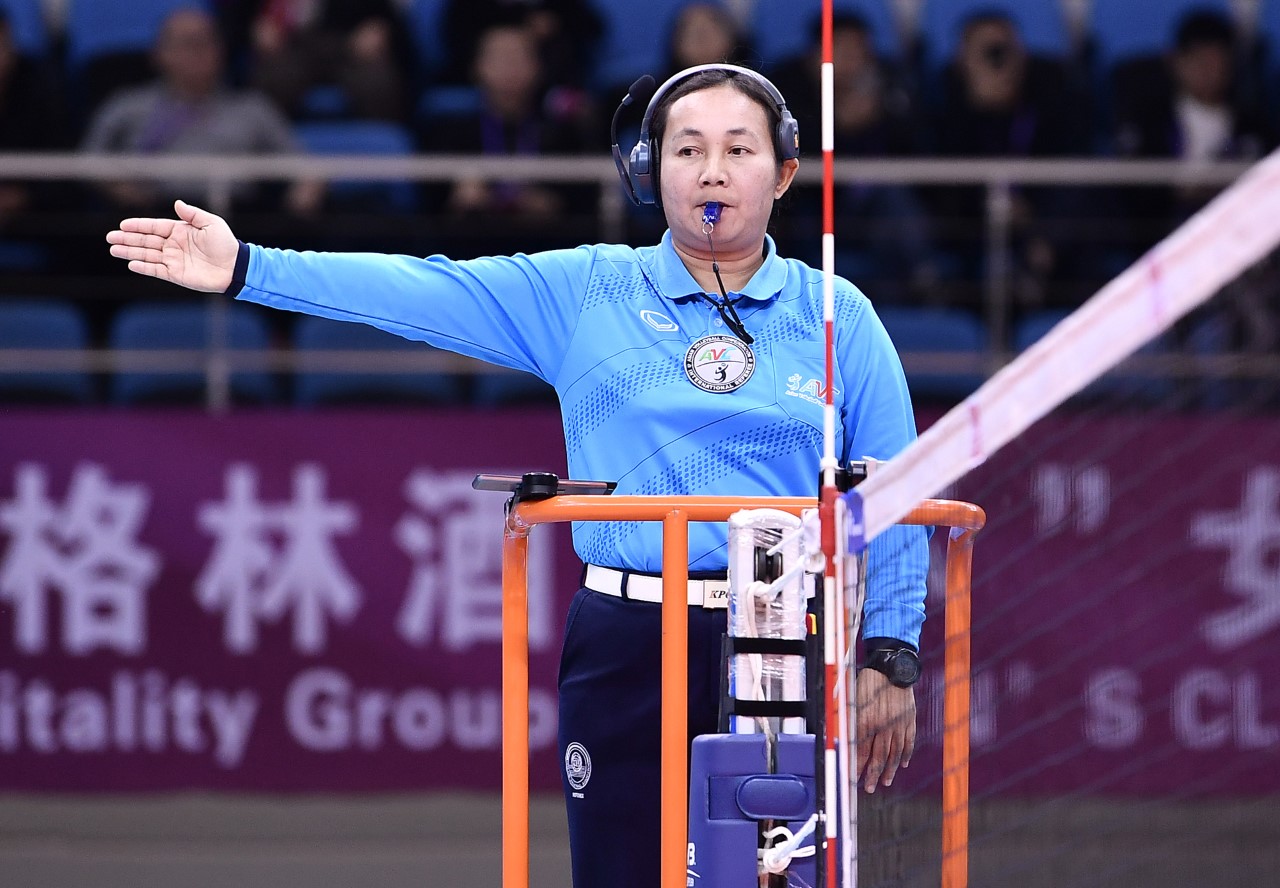 Tianjin, neighboring China’s capital city of Beijing, is a coastal metropolis in northern China and one of the four municipalities under the direct administration of central government of China, with over 15 million of the population. Tianjin is also known as “City of Volleyball” as Tianjin Women’s Volleyball Team has been always a powerhouse in China, winning 4-time champions at Asian Club Championships, 11-time National League titles and 3-time National Games titles. Tianjin also hosted the Asian Women’s Volleyball Championship in 2015 seeing hosts team China sweep Korea in the final to claim the title. 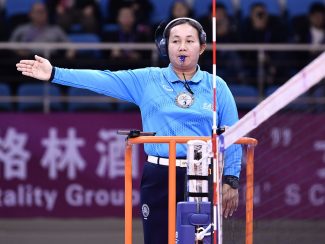 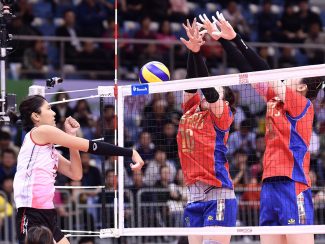 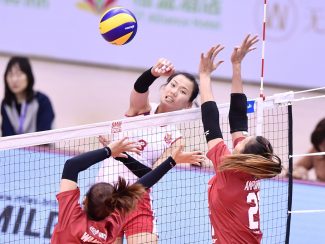 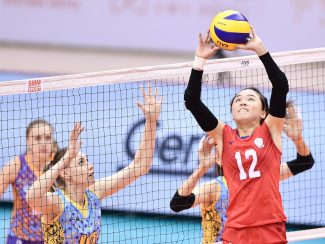 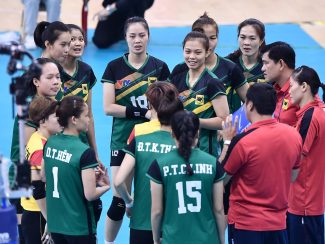 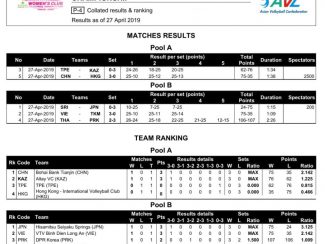 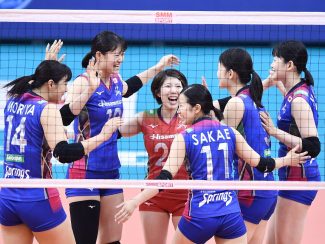