DAY 2 WRAPUP
Hanoi, Vietnam, July 14, 2019 – DPR Korea completed their Pool B campaign with two wins in a row to secure their place in the top eight of the 3rd Asian Women’s U23 Volleyball Championship at the Gia Lam Gymnasium here on Sunday. 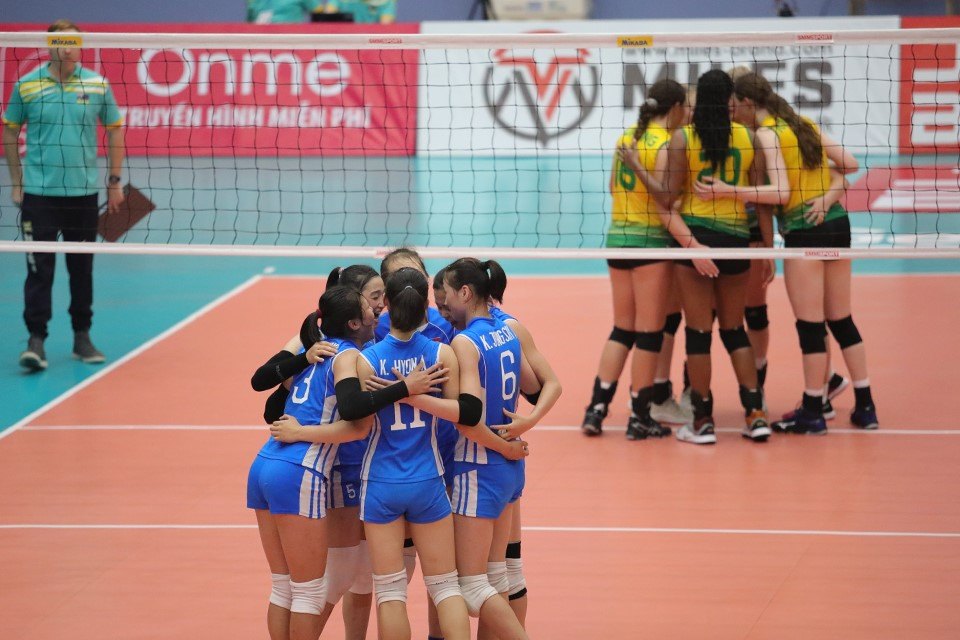 DPR Korea, fresh from stunning Thailand 3-1 in their previous match on Saturday, brushed off Australia in straight sets 25-14 25-19 25-16 to capture the top spot in their pool. 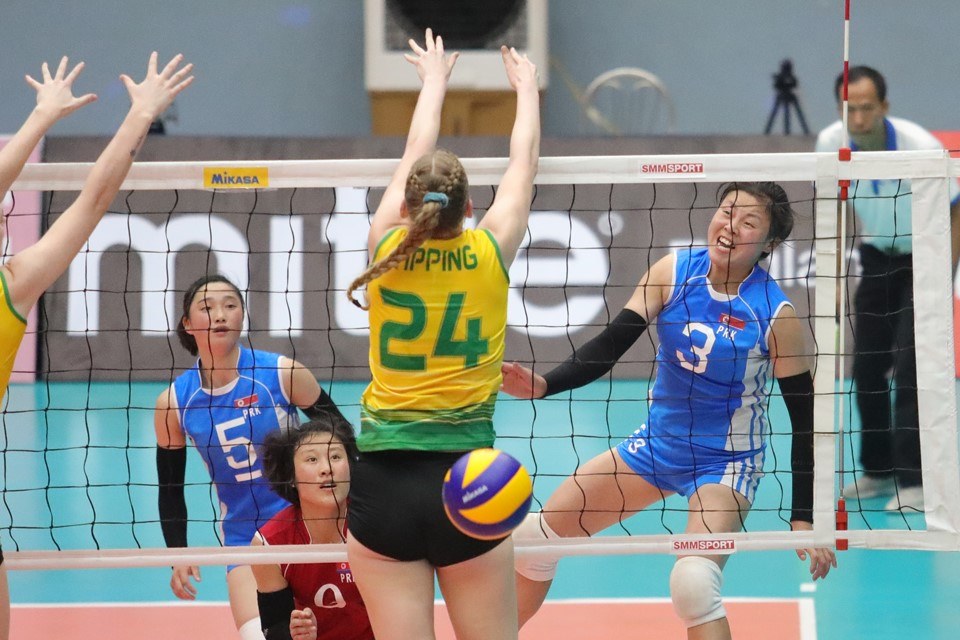 DPR Korea became the first team in the championship to book their berth in the top eight teams, while Australia have to play a “must-win” match against Thailand to make the cut for that round. A possible loss to Thailand on Monday will relegate Australia to the lower-ranked classification round for 9th-13th places. 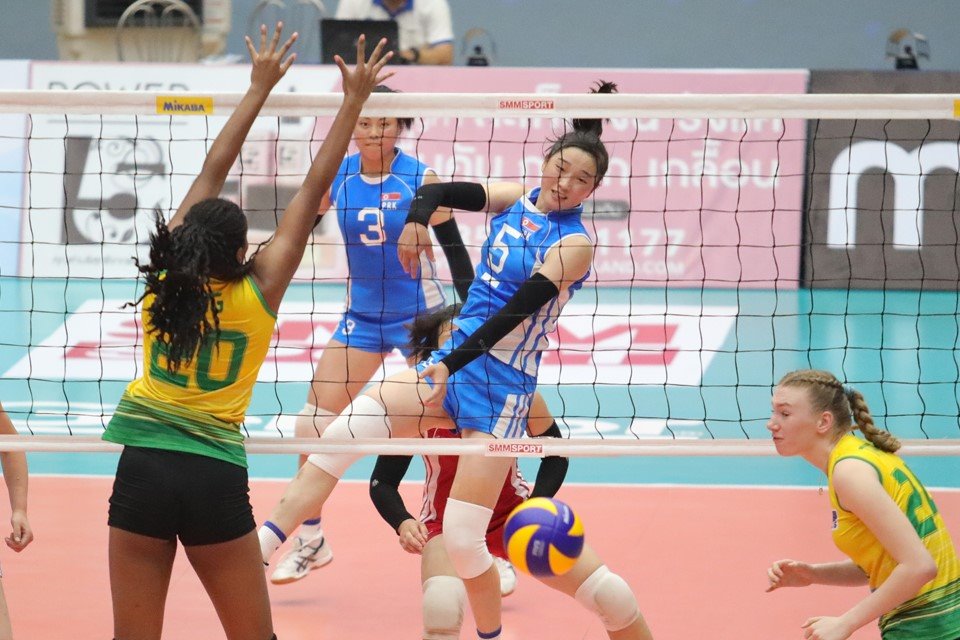 Against unfancied Aussies, DPR Korea remained in their strong lineup which stunned Thailand in dramatic four-setter the previous day including sensation Son Hyang Mi, who scored a match-high 38 points in that match, and hard-attacking Pyon Rim Hyang, while Australia seemingly relied on Caaitlin Tipping and Harriet Gillson.

“It was a tough challenge for us to play one of the tournament’s top teams and to have a tough draw made us even more difficult. Five of my team players competed in the Thailand Volleyball Championship in Si Sa Ket to get used to the conditions and flew to Vietnam three days ago to join the other seven, Australia head coach Martin Collins commented after the match.

“Our next match will be against Thailand, the team we had played a couple of friendlies. We saw them play yesterday. They are not fast styled and I think we got a good challenge against them. On our expectation, I think it’s how consistent we can play volleyball. In this top-level competition, to finish among top eight, you need to play more constantly and it also depends on how you can play your best point,” 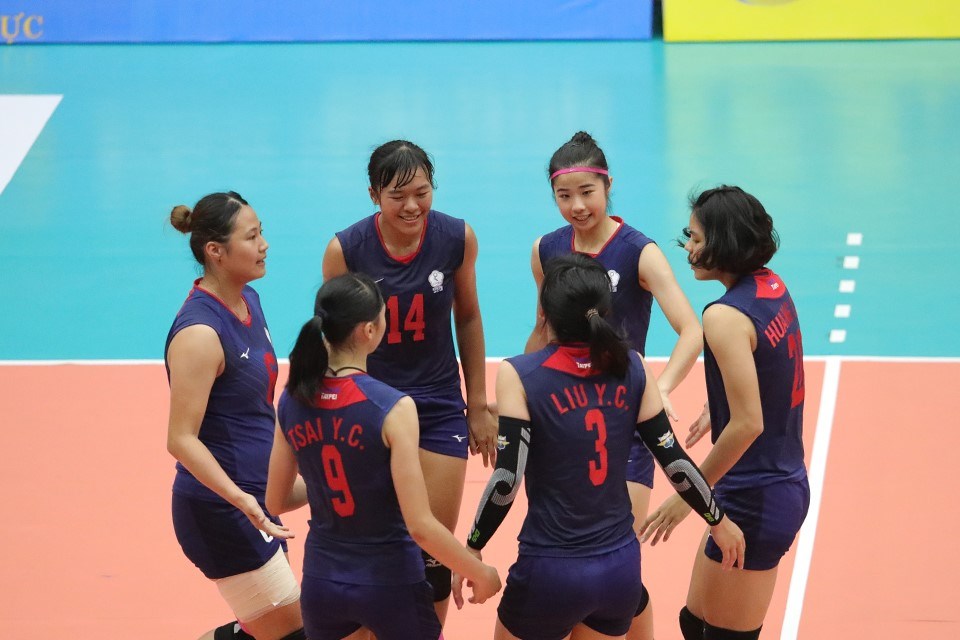 Wen Yi-Chin chipped in with 11 points for Chinese Taipei including 7 attacks from 9 attempts and a team-leading 3 blocks, while Liu Yu-Chun, Chang Jai-Ling and Chen Yu-Chien came up with three aces apiece. Poyilil Kambrath Anusree led India with 9 points. 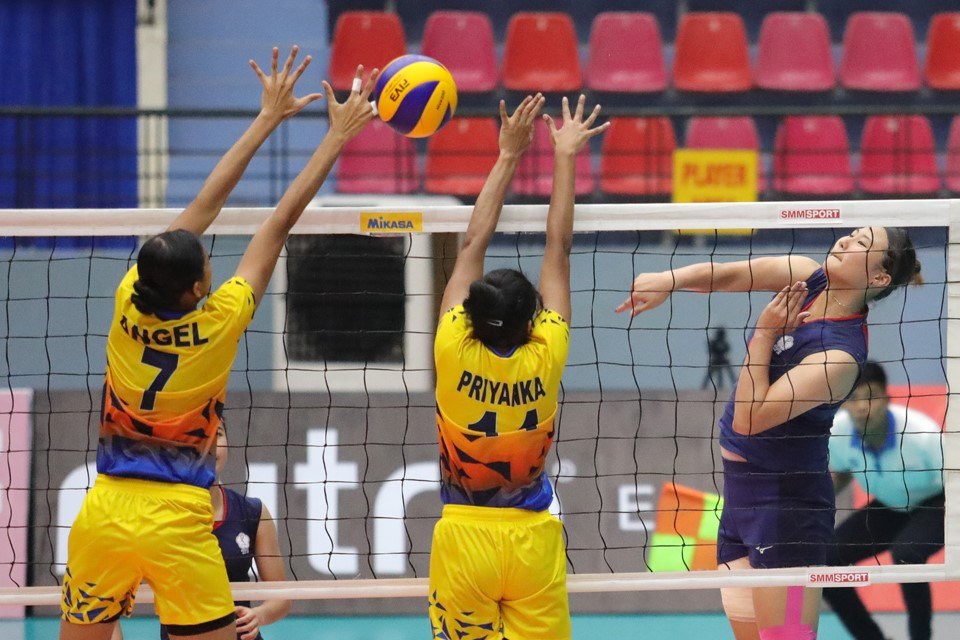 “The first set was full of frustrations. After the first set, we improved our serve and team organisation including blocks and attacks. Although we are assured of advancing to the top eight teams, a tough task awaits us as we have to take on top two teams in Pool A including Vietnam. Vietnam are a good team, while my players are very young, most of them are 19 years of age. However, I think we still have a chance and we have to try. We had trained only one month in preparation for this championship. I took part in other competitions including one in Italy. I asked staff coaches to take care of this team during that time,” commented Chinese Taipei head coach Koji Tsuzurabara.

India will next go up against China on Monday in a match to determine their chances for the next round. A loss to China will relegate India to classification round for the 9th-13th places. 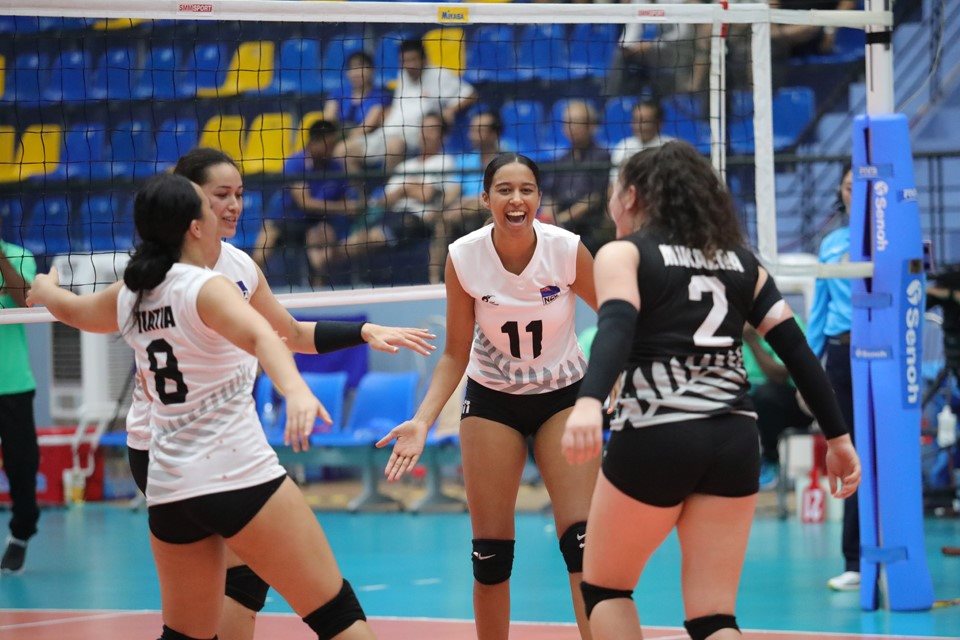 In the third match at Gia Lam Gymnasium, New Zealand proved too strong for underdogs, pint-sized Maldives to power past the poorly-trained rivals in a completely one-sided affair 25-10 25-15 25-6 in 53 minutes in their Pool A encounter.

Tiatia Italia chipped in with 7 points for New Zealand including 5 attacks from 11 attempts, while team-mate Pio Nicky produced a team-leading 4 aces. Nareema Odrees led Maldives with 3 points from her attacks. 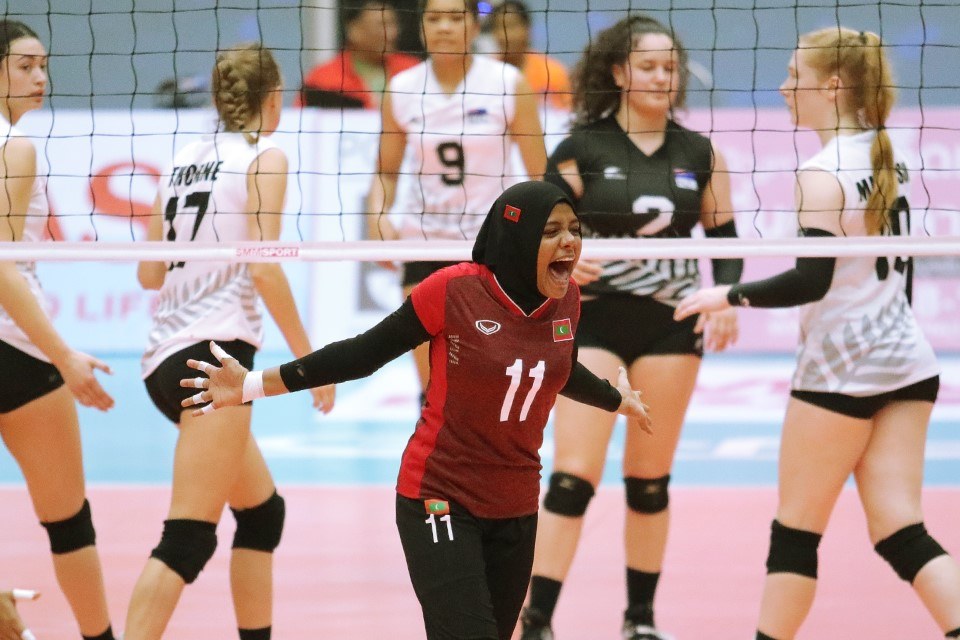 “It’s good to win this match, better than the previous day when we lost to Vietnam in our first match. It’s good game to talk about and to make it to the top eight is pretty good. That means it’s possible that we are gonna play China and Chinese Taipei in the top eight. As we know, China are very strong, but for us to have a chance to play both China and Chinese Taipei is very exciting and we are looking for it. Our first goal here is to advance to the top eight and we are very proud to win today’s match. We just want to make it good one at a time and we will do our best in the top eight,” New Zealand head coach Sam Ryburn commented after the match. 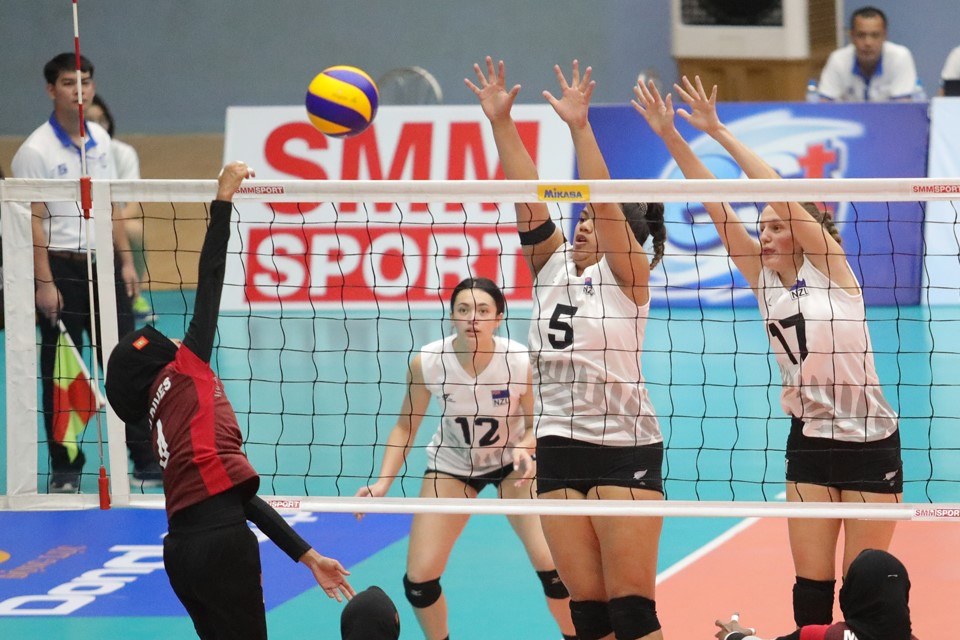 Kazakhstan will play their last match against Sri Lanka on Monday, but despite just two wins to their name, Kazakhstan are quite certain of winning a place in the top eight teams. 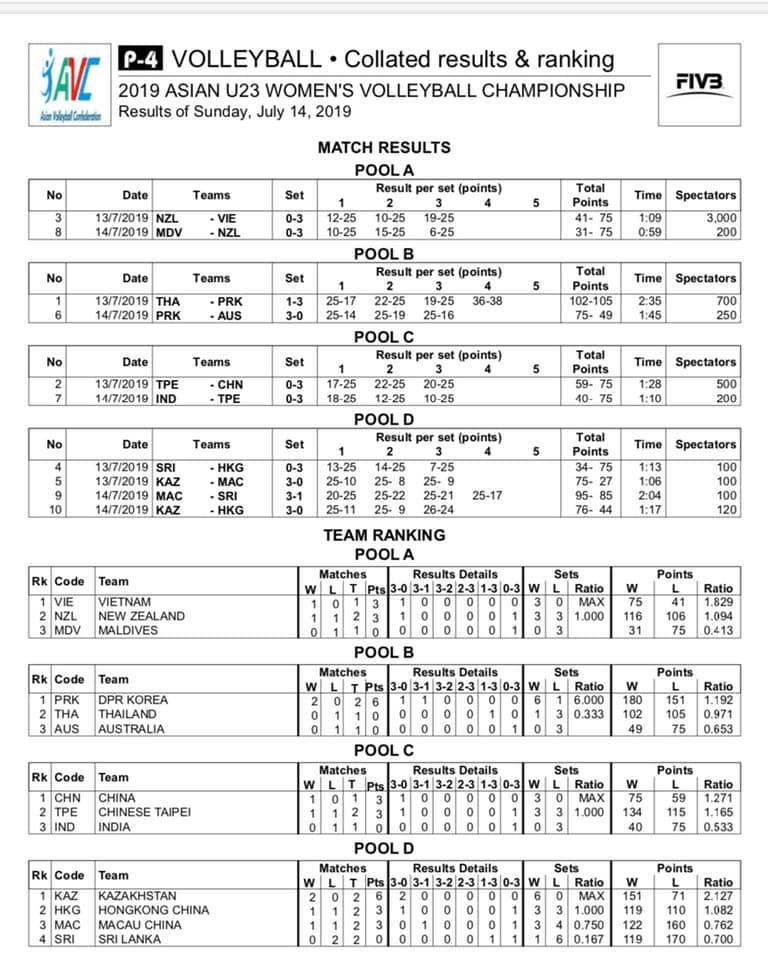 POOLS B AND C REMAIN UNDECIDED AT WU20 WORLD CHAMPIONSHIP 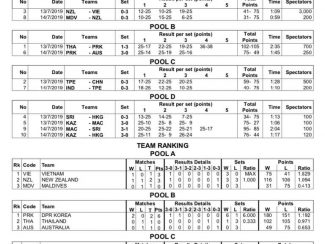 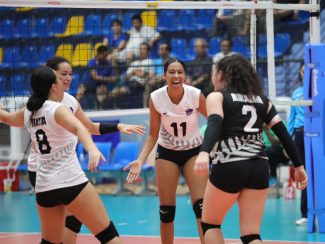 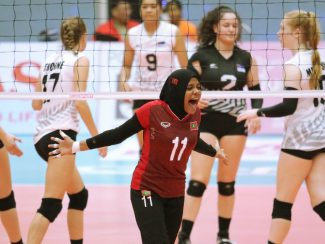 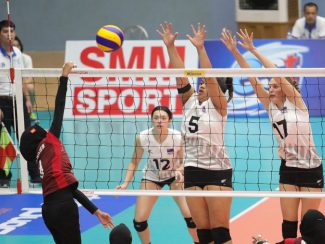 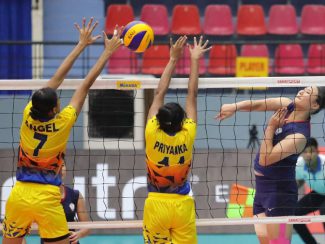 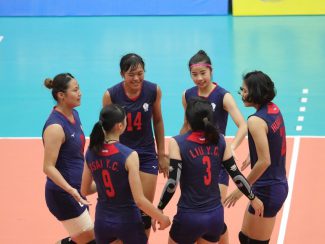 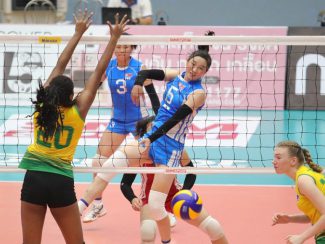 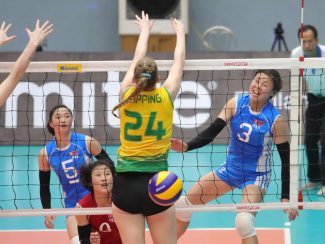 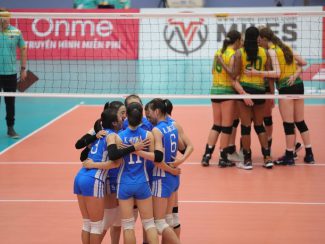 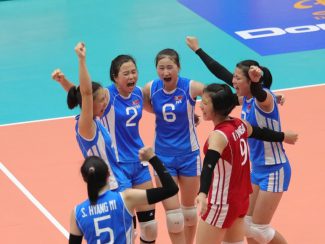