Hamburg, Germany, July 1, 2019 – Eight of the 24 men’s and women’s pools at the US$1-million FIVB World Championships presented by comdirect and ALDI Nord will be decided here Monday in the final round of matches for two men’s and six women’s groups.

With the four men’s and four women’s teams from beach volleyball power Brazil undefeated with 14-straight wins during the first three days of competition, the South American country could wrap up titles in two of the six women’s pools led by fourth-seeded Rebecca Cavalcanti/Ana Patricia Silva and sixth-seeded Agatha Bednarczuk/Eduarda “Duda” Lisboa.

The third-ranked team on the FIVB World Tour behind No. 1 Agatha/Duda and No. 2 Mariafe Artacho/Taliqua Clancy of Australia, Rebecca and Ana Patricia can become the first group winner Monday as the Brazilians meet Pool D’s other unbeaten team of 21st-seeded Elsa Baquerizo/Liliana Fernandez of Spain at 1 p.m. (local time). 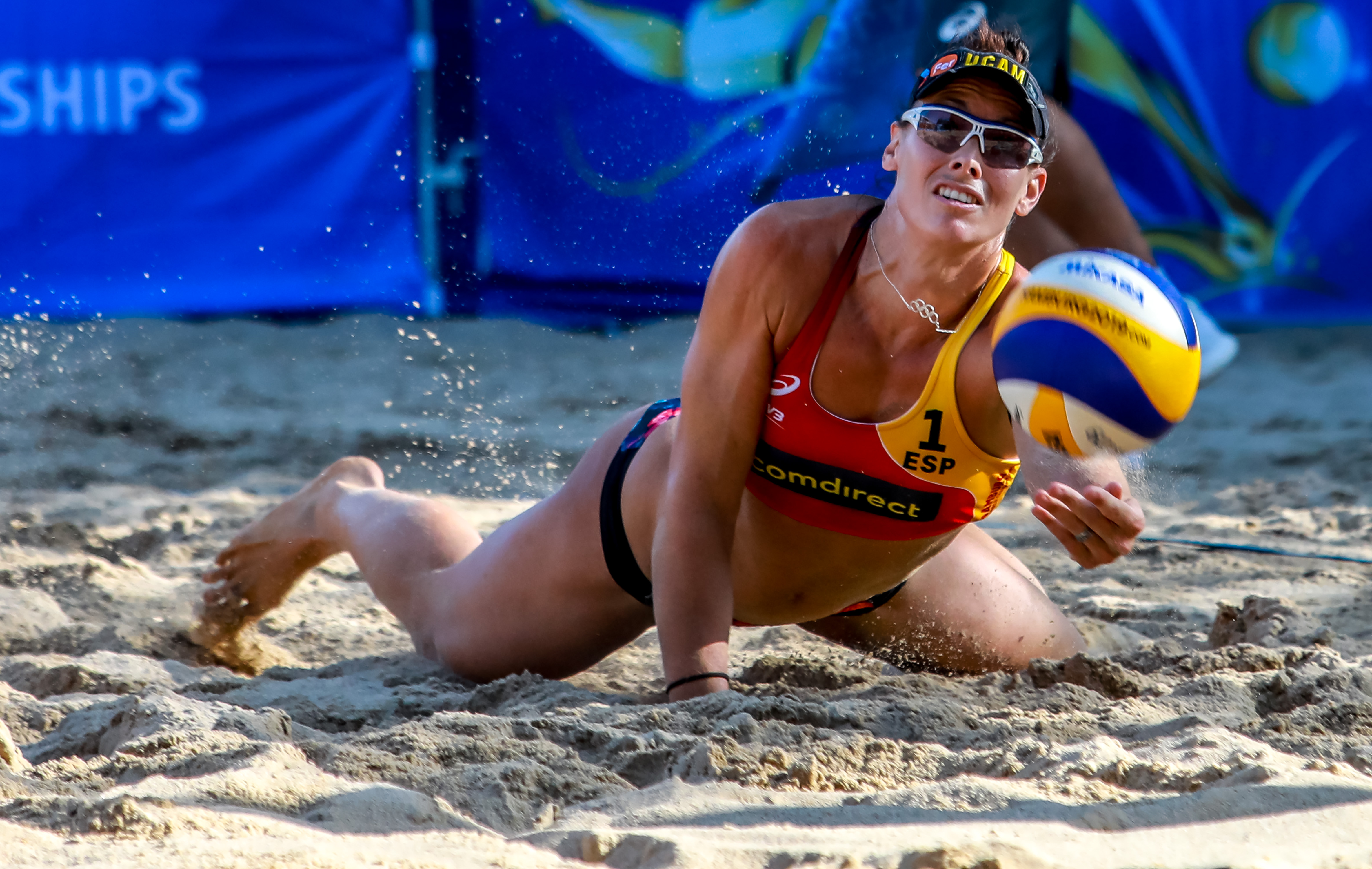 Agatha and Duda, who are seeking their second-straight gold medal in Hamburg after winning the 2018 FIVB World Tour Finals, can captured Pool F by defeating 19th-seeded Fan Wang/Xinyi Xia of China at 4 p.m.

In women’s pools with two teams tied at 2-0 match marks, top-seeded Sandra Ittlinger/Chantal Laboureur of Germany will play 24th-seeded Marta Menegatti/Viktoria Orsi Toth of Italy for the Pool A crown at 8:30 p.m. while fifth-seeded Alix Klineman/April Ross of the United States will be challenged by 20th-seeded Karla Borger/Julia Sude of Germany for the Pool E title at 7 p.m.

In one of the men’s pool decided to be decided Monday, 2017 world champion silver medal winners and 20th-seeded Clemens Doppler and Alexander Horst of Austria meet third-seeded Viacheslav Krasilnikov/Oleg Stoyanovskiy of Russia for the Pool C title at 5 p.m.

Two of the women’s and one of the men’s pools have sole leaders.  Tina Graudina/Anastasija Kravcenoka of Latvia leads Pool B with a 2-0 mark as does Joy Stubbe/Marleen van Iersel in Pool G.  On the men’s side, Cherif Samba/Ahmed Tijan of Qatar are the sole leaders in Pool D. 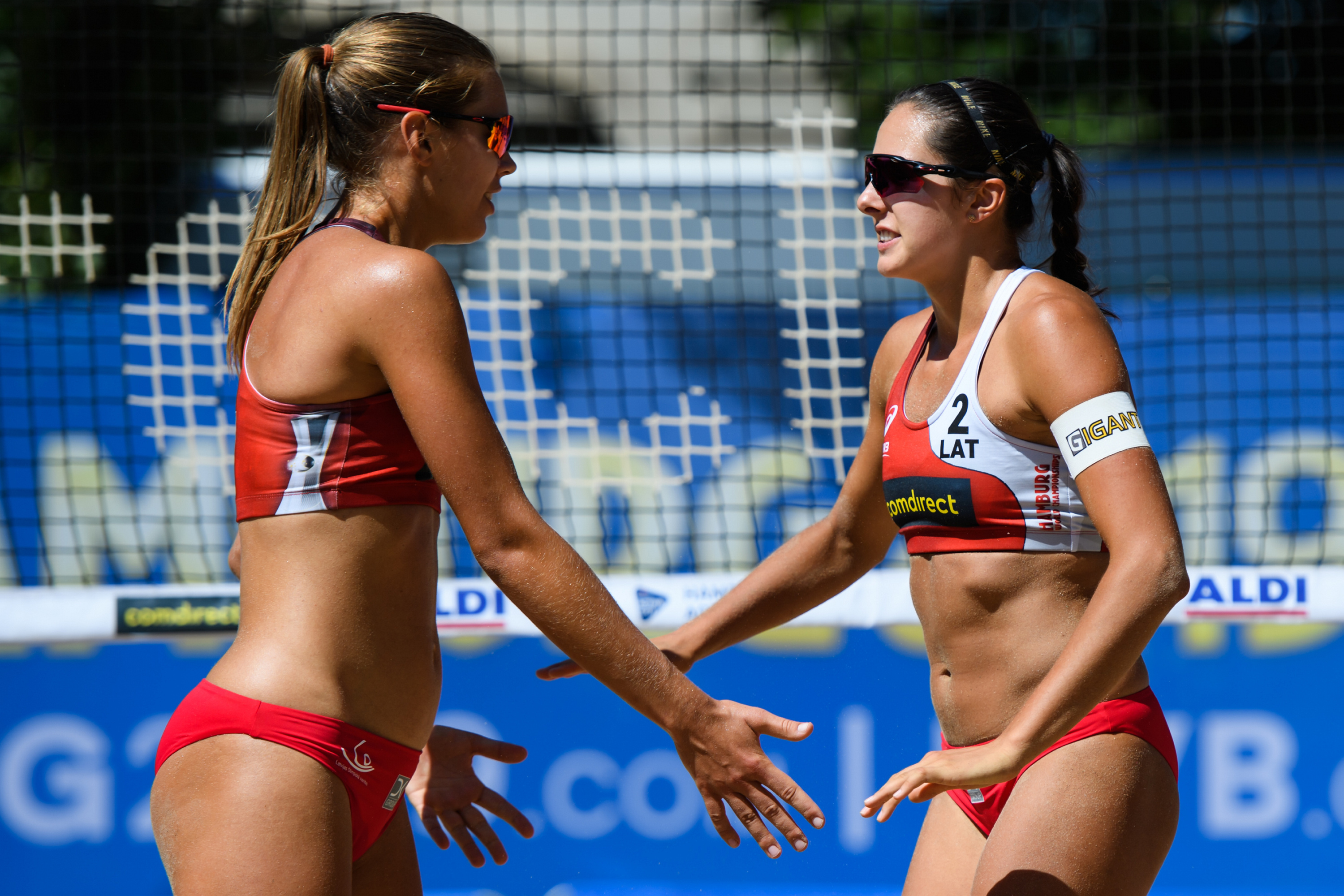 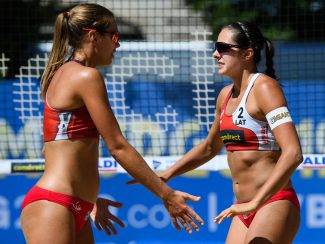 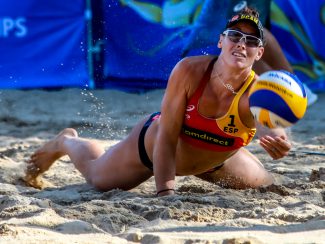 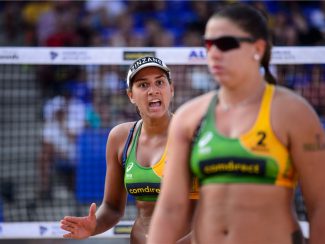