Manama, Bahrain, June 28, 2019 – Six teams will strut their stuff in the Western Zone Men’s Volleyball Qualification Tournament here from June 29 to July 4, vying for 3 berths on offer for the 3rd Asian Men’s U23 Volleyball Championship in Myanmar later this year.

Iraq, Palestine, Qatar, Saudi Arabia, Kuwait and hosts Bahrain, none of them participated in the previous episode of the Asian Men’s U23 Championship in Ardabil, Iran two years ago, will contest the single round-robin competition with July 2 being the rest day.

Saudi Arabia set up the curtain-raising match with Iraq on June 29, followed by the match between Qatar and Palestine and Kuwait against the host side. The final day on July 4 will see Saudi Arabia in action against Kuwait, Palestine go up against Iraq and Qatar challenge hosts Bahrain. 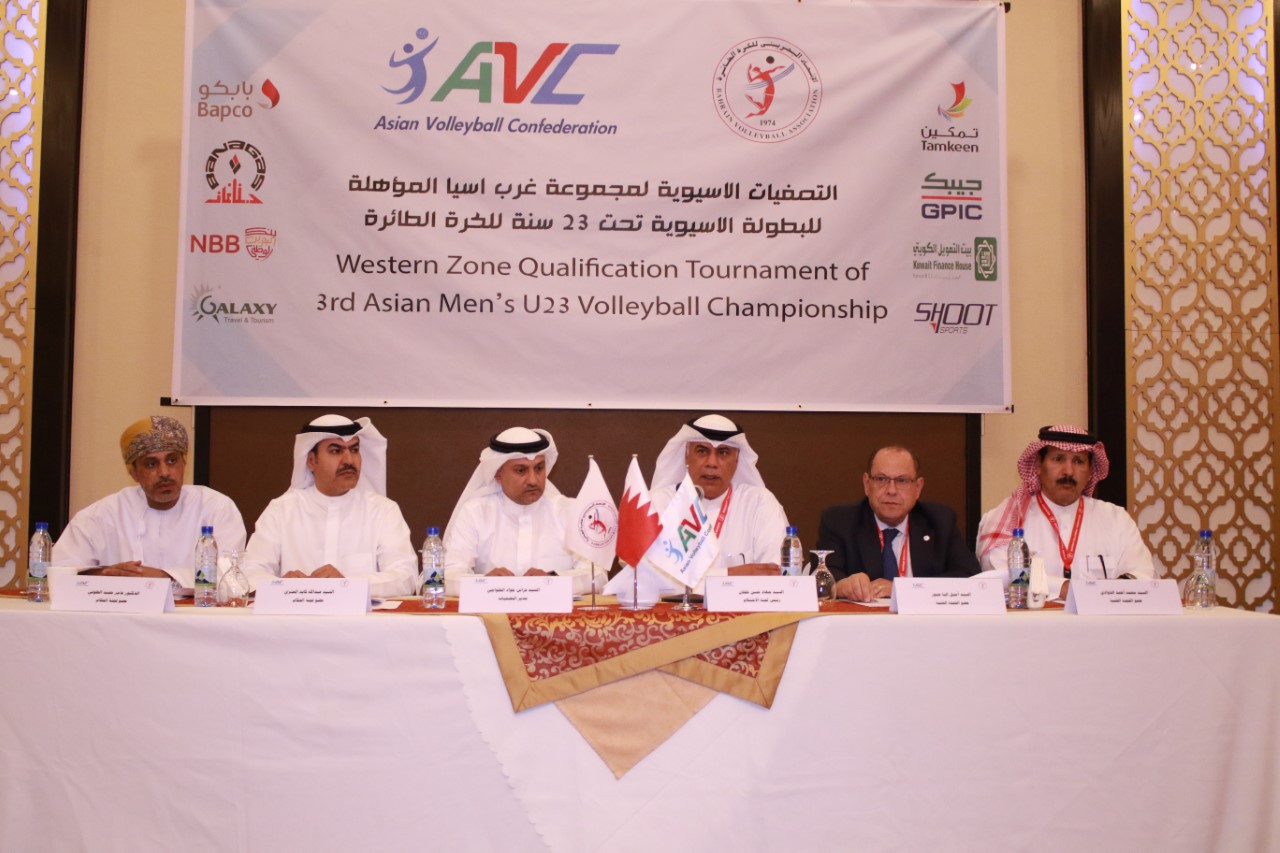 The General Technical Meeting was held on Friday at Gulf Court Hotel in Manama. Team head coach and officials from all six participating teams were introduced with the rules and regulations as well as all the necessary information they need to know ahead of the actual competition.

Only top three teams from the Western Zone Men’s Volleyball Qualification Tournament here will make the cut for the third edition of the Asian Men’s U23 Volleyball Championship, which is due to take place in Nay Pyi Taw, Myanmar from August 3 to 11.

There, a total of 16 teams will take part in the top-flight championship, vying for the top honour. Drawing of lots have already been conducted in Yangon, Myanmar on March 26, 2019.

As a result of the drawing of lots there, hosts Myanmar, Australia, Sri Lanka and Hong Kong China are in Pool A, while Kazakhstan, WZ2, Japan and Vietnam are in Pool B. WZ3 join WZ1, Chinese Taipei and Pakistan in Pool C, with China, New Zealand, Thailand and India in Pool D.

Following the drawing of lots, the eventual winners in Manama and the team finishing third place will join Chinese Taipei and Pakistan in Pool C during the Asian Men’s U23 Championship in Nay Pyi Taw, while the team finishing second in Manama will be in Pool B with Kazakhstan, Japan and Vietnam.

Powerhouses Iran captured the title in the previous two editions (Nay Pyi Taw, Myanmar and Ardabil, Iran), but this time, Iran did not join the fray, leaving the door open for every team.

EIGHT POOLS TO BE DECIDED MONDAY AT BEACH VOLLEYBALL WORLD CHAMPIONSHIPSSEYED MOHAMMAD MOUSAVI: WE AIM AT THE MEDALS!