Iranians Vakili and Salemiinjehboroun got off to a great start in the four-day, double- gender tournament as they claimed two victories consisting a convincing 2-0 (21-19 21-15) win against Thailand’s Santitham Khruttha and Poravid Taovato and a 2-0 (21-15 21-13) rout of Qataris Assam Ahmed Mahmoud and Tamer Abdelrasoul in Pool A to advance to the Round of 12. 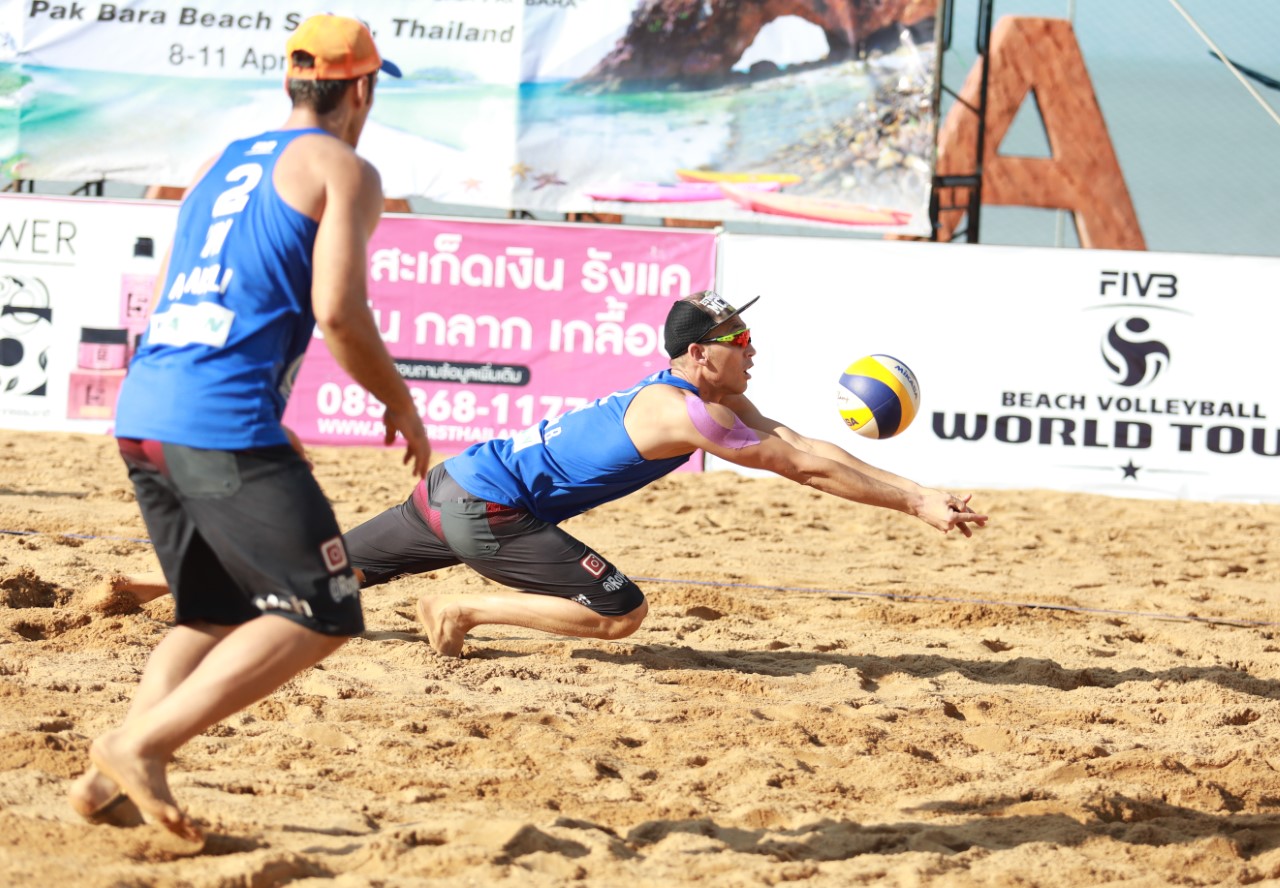 “We had a great match against Thailand,” said Vakili. “They are a young team with promising future. The second match against Qatar was very tough as they are a strong team with a great coach. But it was great to get two wins to play in the next round. I love playing here because it is like my second home and most of the people here are Muslims. We want to do our best in our effort of playing in the final.” 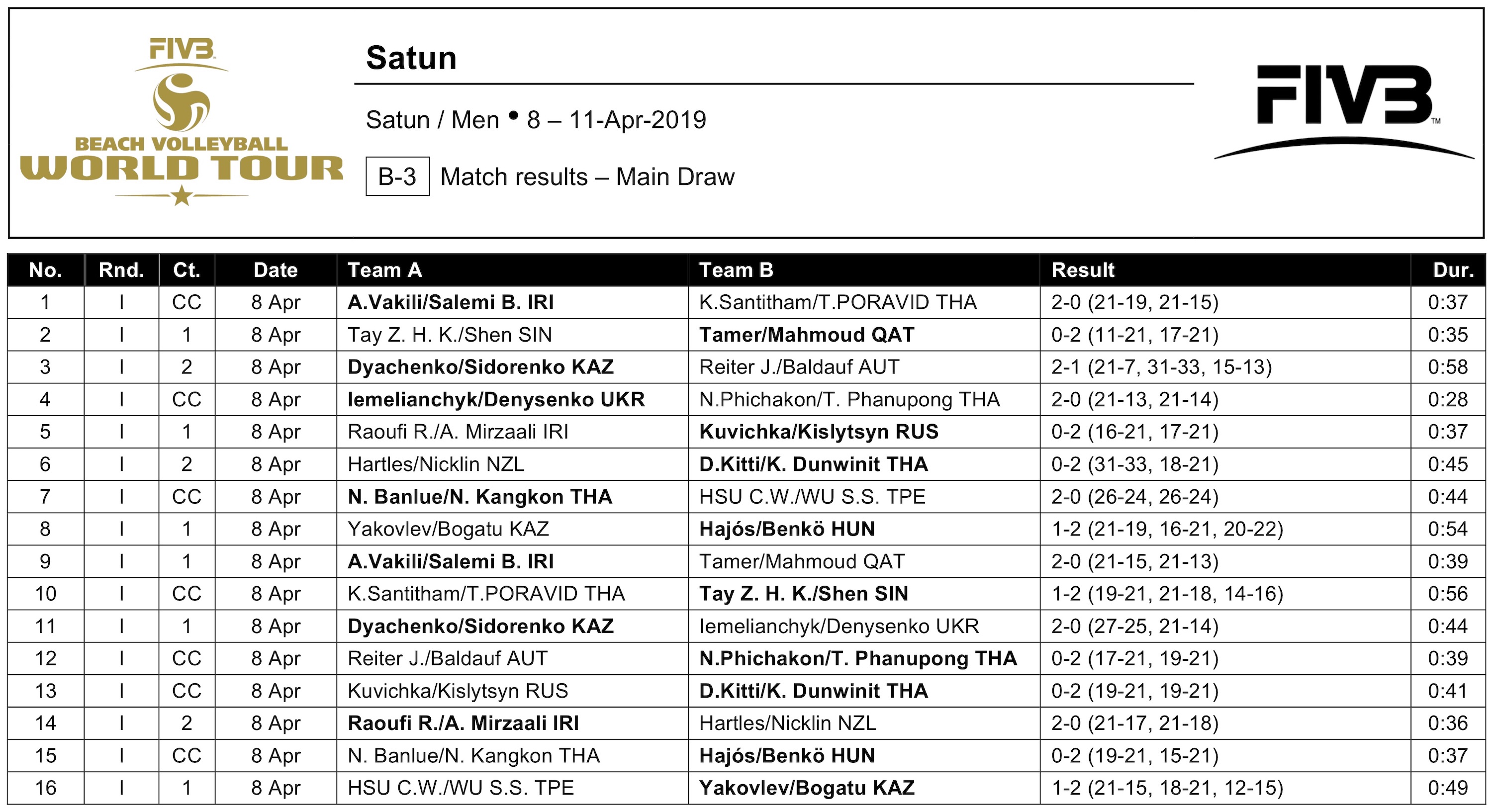 “Today was very difficult for us because we played against two strong teams with a high level of volleyball. They are very tall with good blocking. We tried to stay focused and put pressure on them with our strong serves and it worked well. For us, it is a very difficult tournament as it is very very hot here,” said Sidorenko.” 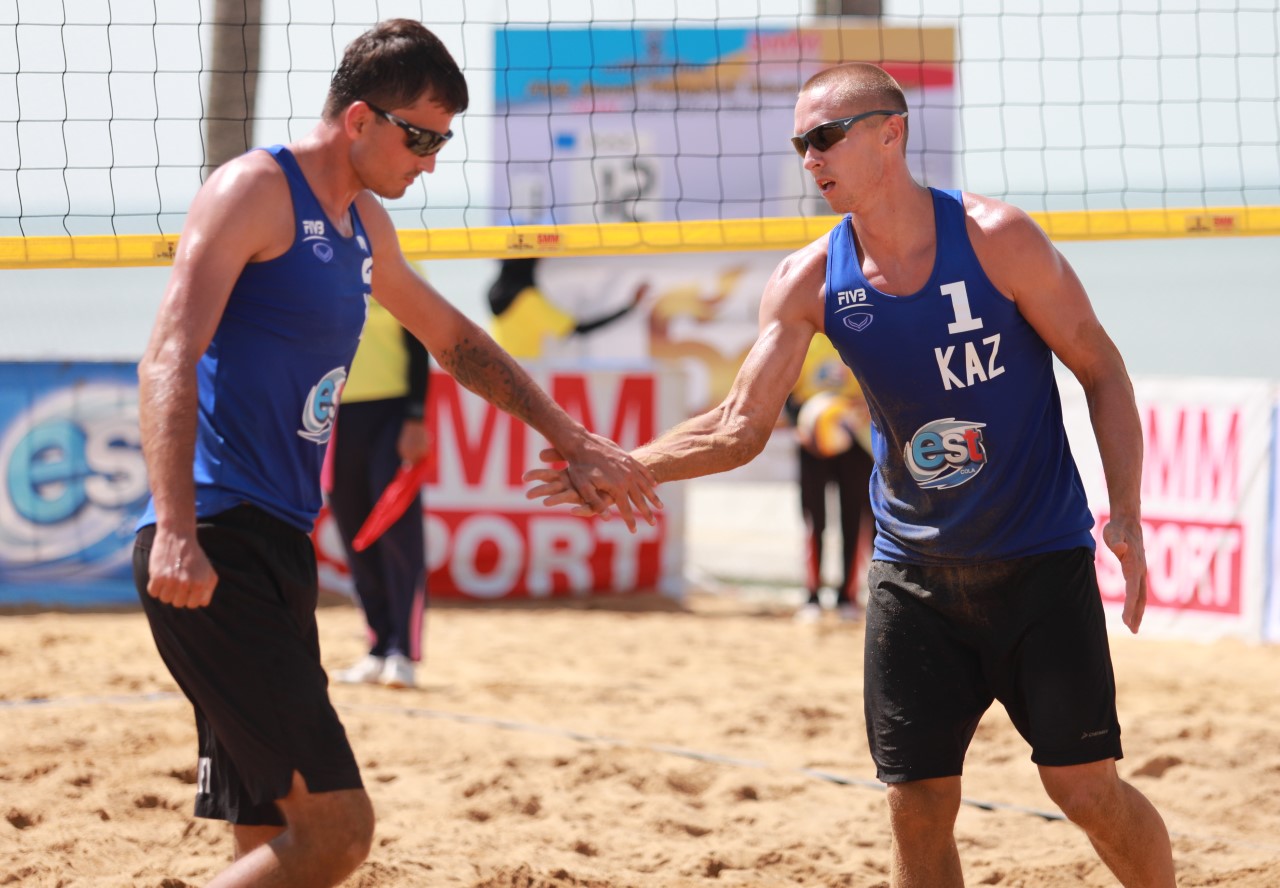 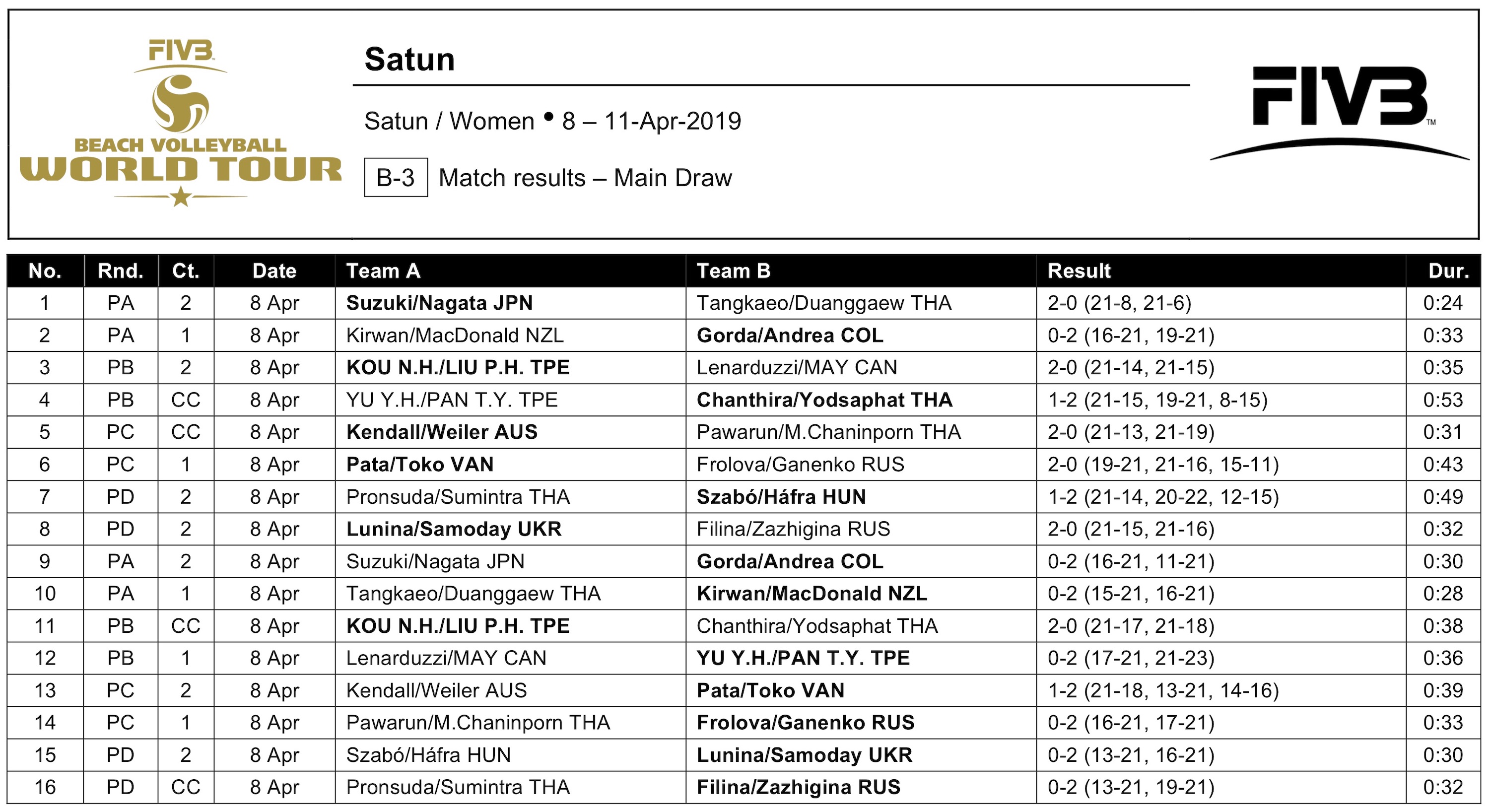 In the women’s event, Colombia’s Galindo Andrea/Galindo Claudia topped Pool A as they kicked off their campaign with a brilliant 2-0 (21-16, 21-19 ) win against New Zealand’s Francesca Kirwan/Olivia MacDonald to next stun Japanese top seeds Yukako Suzuki/Yui Nagata 2-0 (21-16, 21-11).

Second seeds Kou Nai-Han/Liu Pi Hsin remained invincible in the tournament to top Pool B. The Chinese Taipei tandem first powered past Canada’s Rian Lenarduzzi/Devon May 2-0 (21-16 21-19) and then repeated the similar feat after breezing past Thailand’s Chanthira Khanok/Yodsaphat Pakham 2-0 (21-17 21-18). 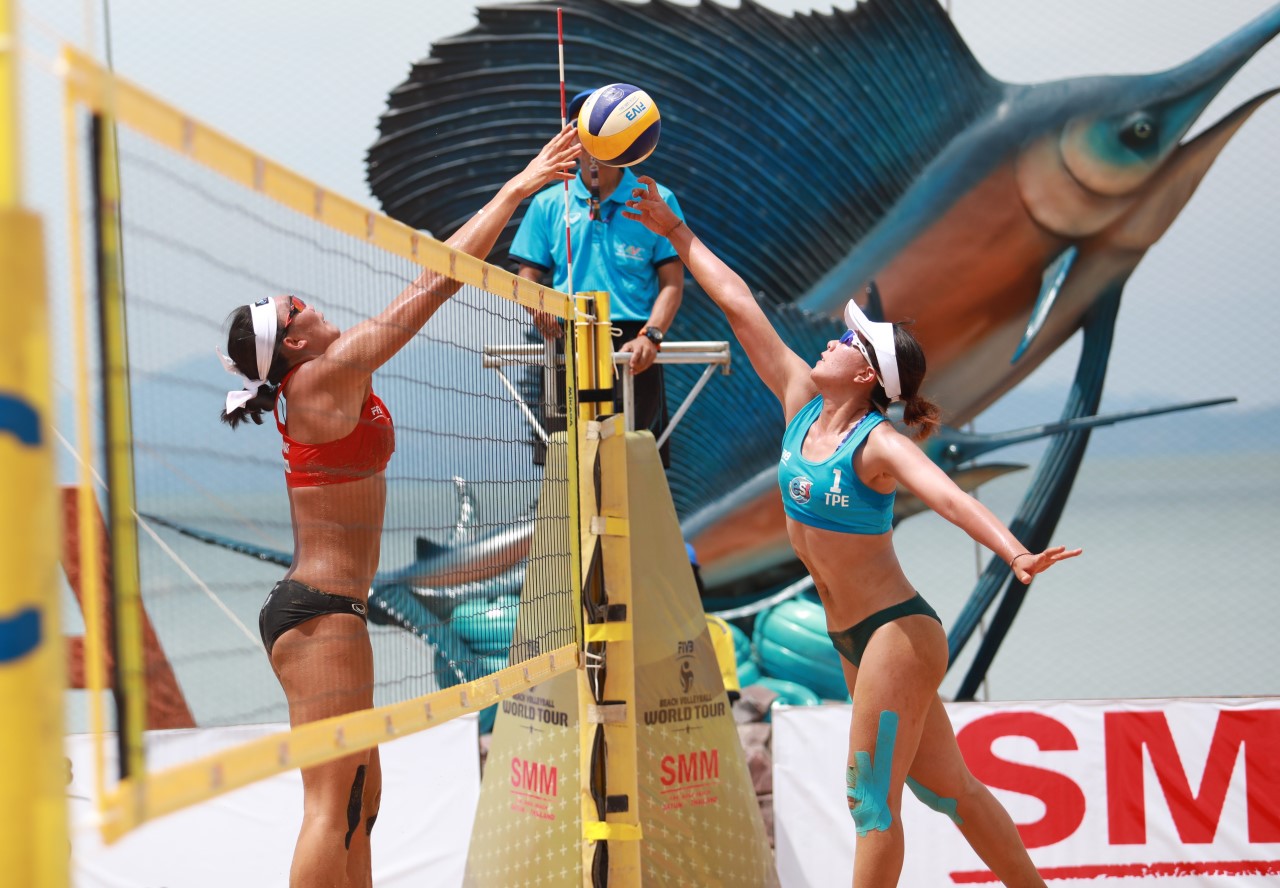 “It is always fantastic to get the victory,” said Liu. “There are strong teams with good players in this tournament. So if you make some mistakes, you can lose the match. We have played together for a long time about seven years ago, so I hope we can make it to the final round in this tournament.”

The third team to move to the Round of 12 with two straight-set wins were Ukraine’s Diana Lunina and Maryna Samoday, who outclassed Russia’s Ekaterina Filiina and Ekaterina Zhazhigina 2-0 (21-15, 21-16) and Hungary’s Dorottya Szabo and Dominika Hafra 2-0 (21-13, 21-16) in Pool D. 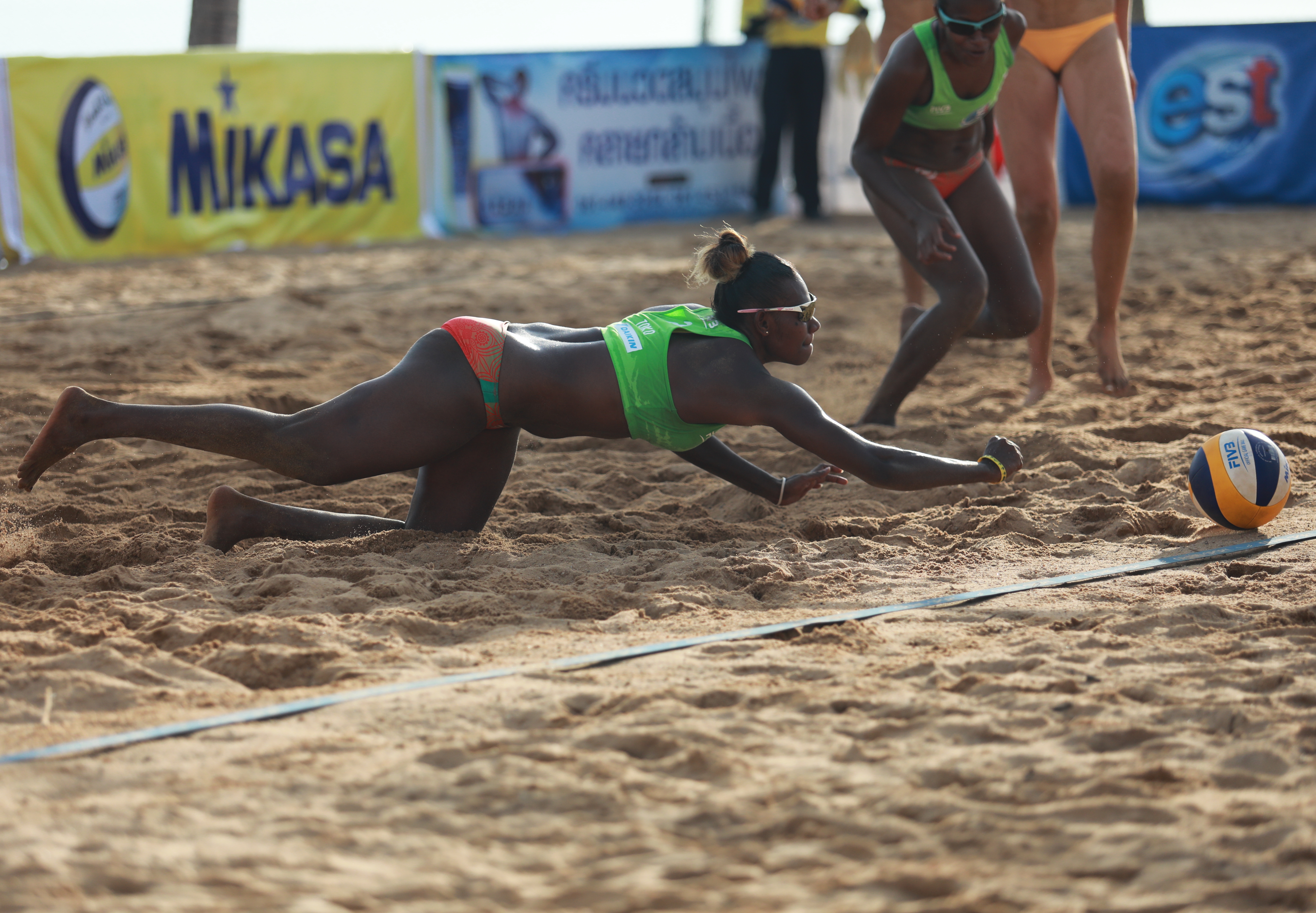 “We had two matches today. The first match we played against the Russian team and we won. The second match we played the Australian team and we won again, both in three sets. I am very happy for the results and what we have been doing. Our expectation here is we want to win as many matches as we can. We want to play in the semi-finals and then the gold medal match,” said Pata.

“We have trained hard together in Vanuatu to prepare for this tournament and other major tournaments this year. The weather here is as the same as our country. It is very hot and humid but we get used to it,” she added.