Lausanne, Switzerland, April 1, 2019 – The fourth of four Anchor Beach Volleyball Carnival events to be played this season in Cambodia begins Thursday in Battambang as the FIVB Beach Volleyball World Tour begins a stretch of 11-straight weekends of play.

With other World Tour events during the stretch scheduled in Thailand, Malaysia, Sweden, China, Vietnam, Brazil, Turkey, the Philippines, the Czech Republic, Austria, Poland and Greece, the $5,000 Battambang tournament is a women’s-only event with qualification on Thursday, pool play on Friday, elimination on Saturday and medal matches on Sunday. 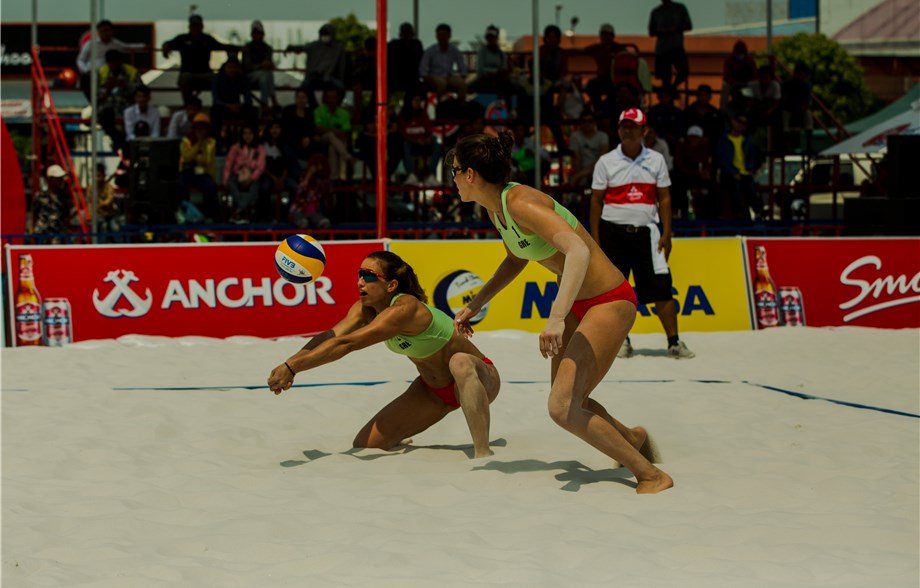 With the men’s World Tour taking a break this week after Dressler and Huber captured the gender’s 15th title this season, the Anchor Beach Volleyball Carnival stop in Battambang is the 13th of 47 women’s events on the 2018-2019 international calendar.

At the end of the current 11-week stretch, a week’s break precedes the start of play from June 28 at the FIVB Beach Volleyball World Championships in Hamburg, Germany. The top 23 teams per gender from the FIVB World Tour qualify for the World Championships that conclude on July 6 for women and July 7 for men at the 13,000-seat Am Rothenbaum Stadium.

The remaining 25 berths per gender will be filled by 20 continental qualifiers from the five FIVB confederations (four from each) along with two slots for host country teams from Germany and three wild card selections.

Except for the 2018-2019 season-opening event in Hungary, all FIVB World Tour events are part of the qualifying system for the Tokyo 2020 Olympic Games.