The Iranian outside hitter bids farewell to the national team 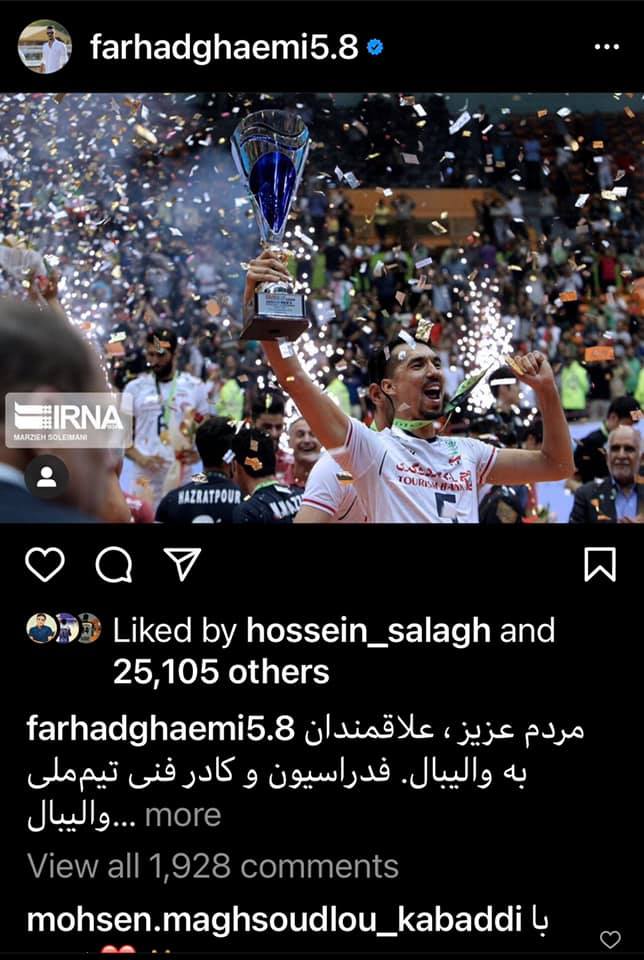 “I have served my national team for almost 14 years. I have been through a lot and worked with different coaches. I have seen ups and downs, and along with my teammates, have experienced victories and losses. I have fought for the pride of my country at the highest level,” Ghaemi wrote on his Instagram.

“I have achieved the highest honours in Asia and have earned respect as the team have made a valuable mark in world volleyball. All this I value especially when it is accompanied by the satisfaction and happiness of my beloved countrymen. I have spent half my life tied to the people’s joys and positive emotions and I thank God for this gift.

“But today, the situation has changed and there are duties and responsibilities with family that I have to face, things that are very different from camp life. 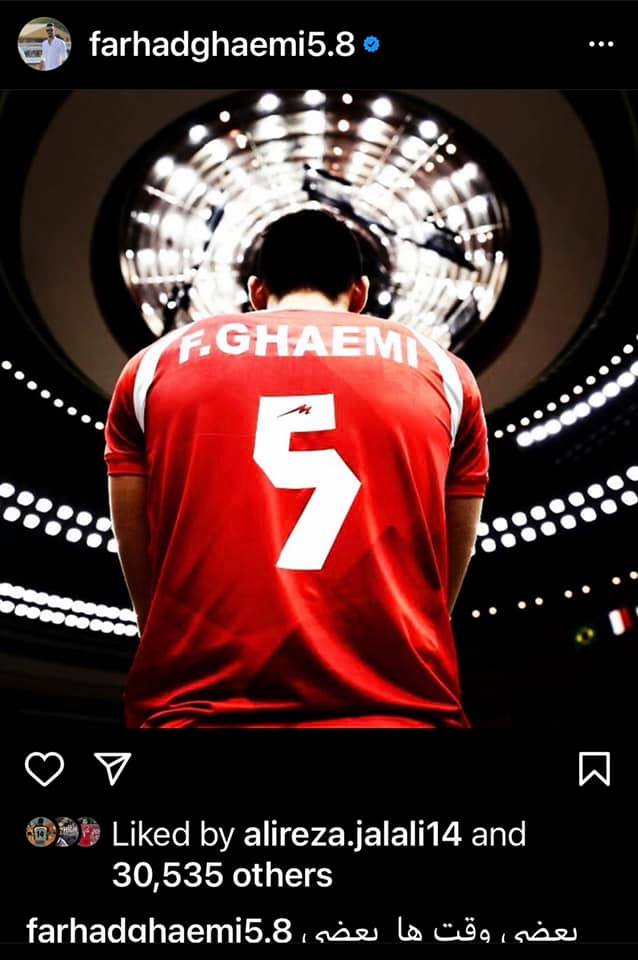 “I strongly believe that my friends will lead the team in the best possible way and more honours are on the way. Like the people of my country, I will watch the matches and cheer for the success of my former teammates.” 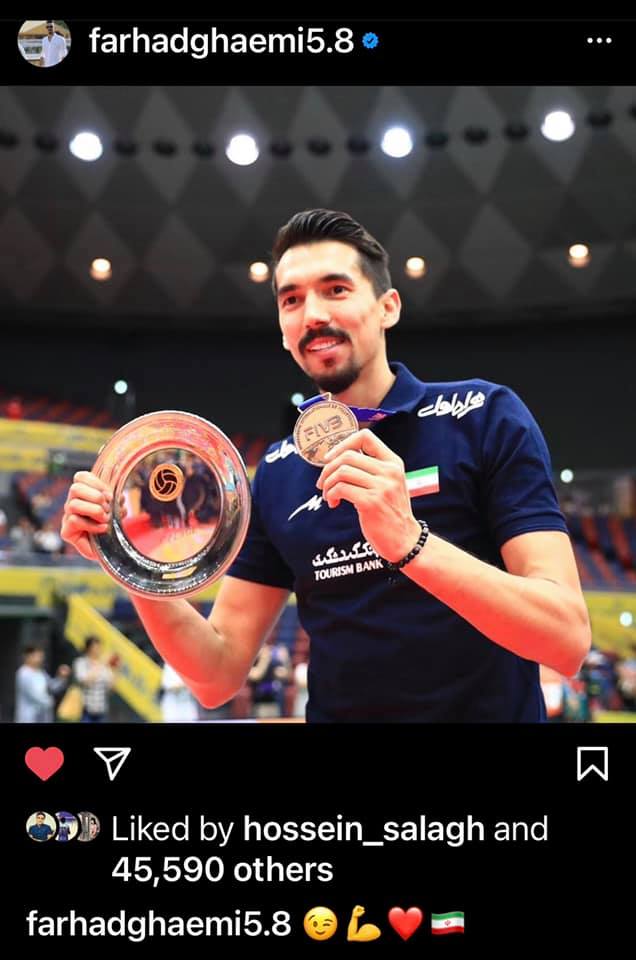 The 31-year-old outside hitter helped Iran clinch gold at the Asian Games in Incheon, Korea in 2014 and Jakarta, Indonesia in 2018, as well as two Asian Championship titles.

Ghaemi saw action at the Rio 2016 Olympic Games, where the country finished fifth overall. His last international competition was the 2019 FIVB Volleyball Men’s World Cup in Japan and he also participated in the 2018 and 2019 editions of the FIVB Volleyball Nations League.