Nay Pyi Taw, Myanmar, August 2, 2019 – Team managers and staff coaches from 16 teams participating in the third Asian Men’s U23 Volleyball Championship in Myanmar from August 3 to 11 gathered in the Tharapi Villa within Horizon Hotel on Friday to hear the rules and regulations and the Challenge System during the General Technical Meeting. 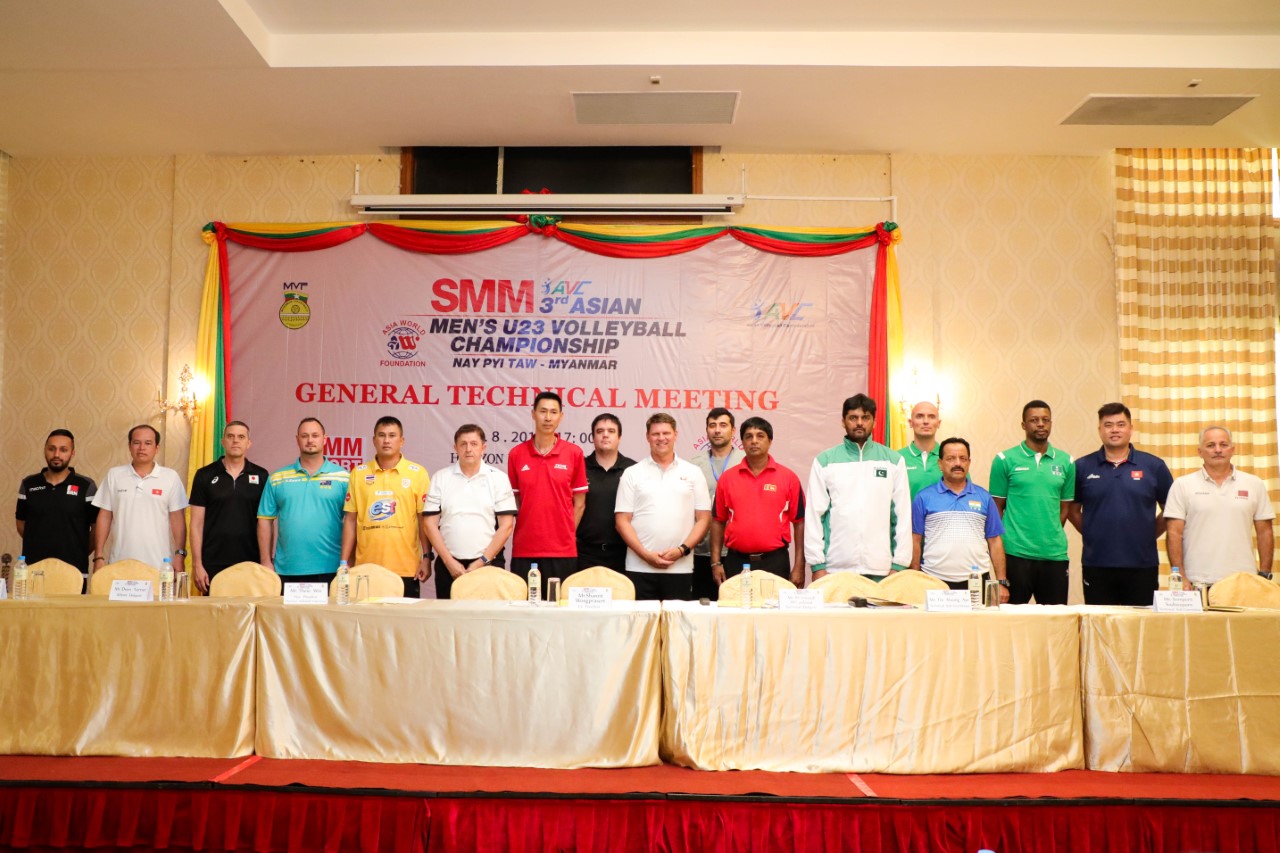 Mr U Thein Win, Vice President of the Myanmar Volleyball Federation, and Control Committee Chairman Mr Shanrit Wongprasert jointly presided over the General Technical Meeting. Also in attendance were the 17 AVC-nominated referees and the organisers. 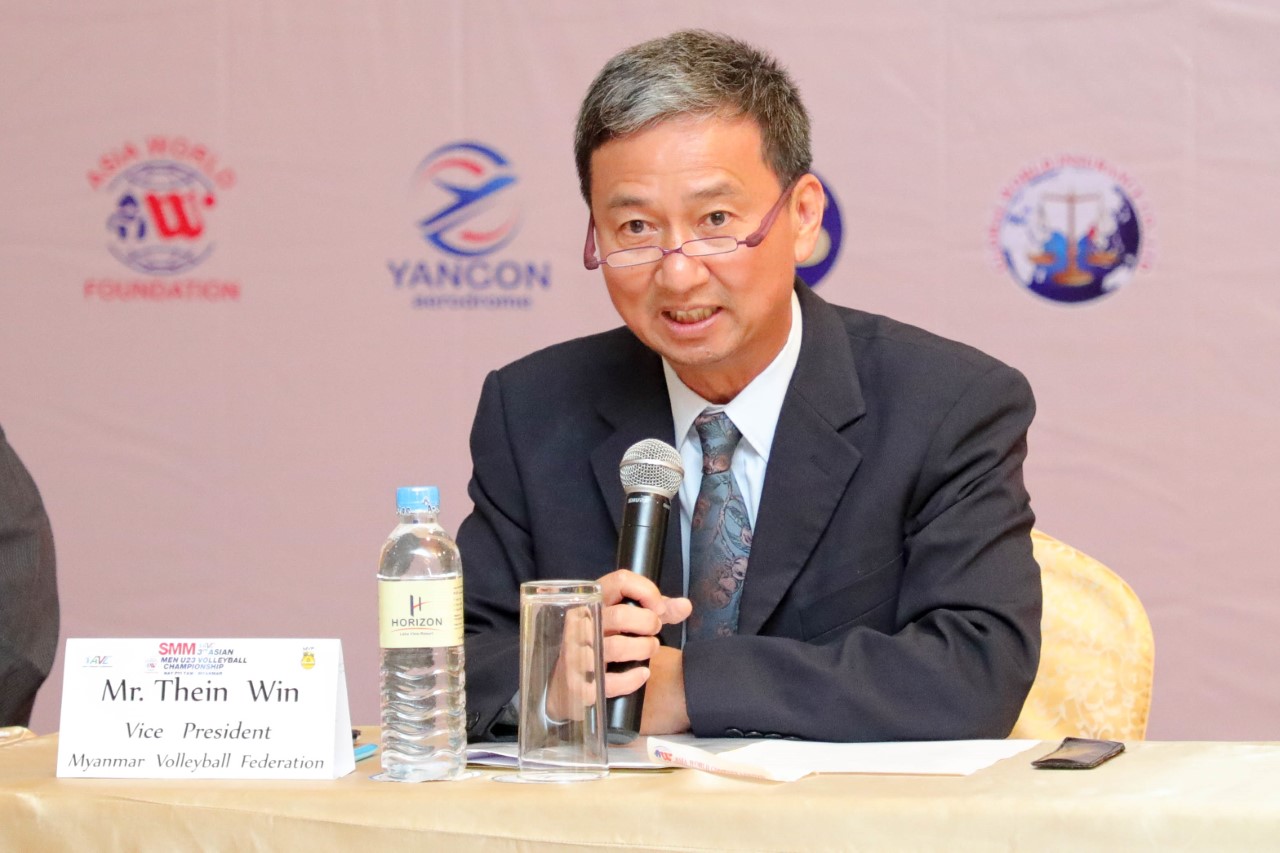 Mr U Thein Win, on behalf of MVF President Mr Htun Myint Naing, gave a welcome speech to all participating teams, wishing them a nice stay in Nay Pyi Taw and the very best of luck in their competition. 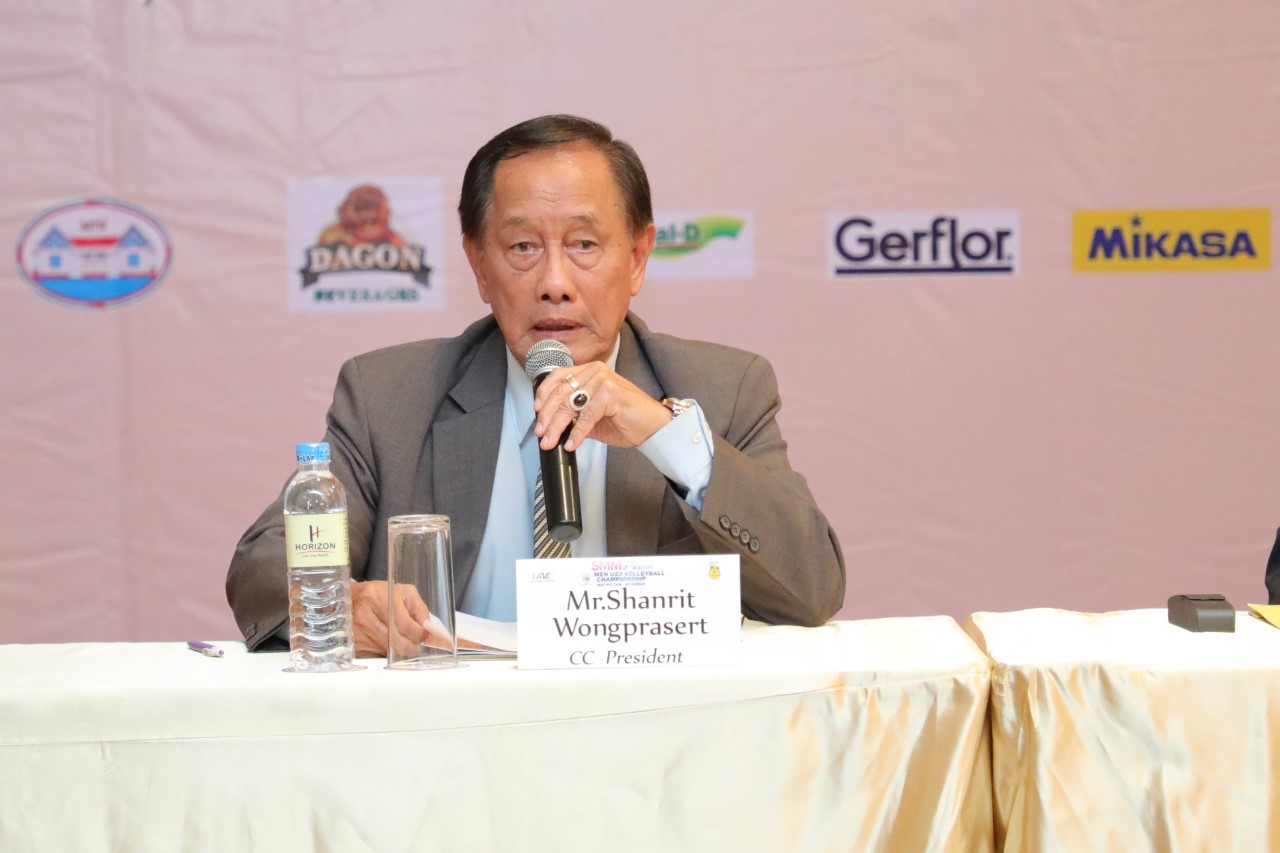 The meeting was held to check if all is set for the nine-day championship, which will simultaneously take place at B and C Halls inside the Wunna Theikdi Indoor Stadium. 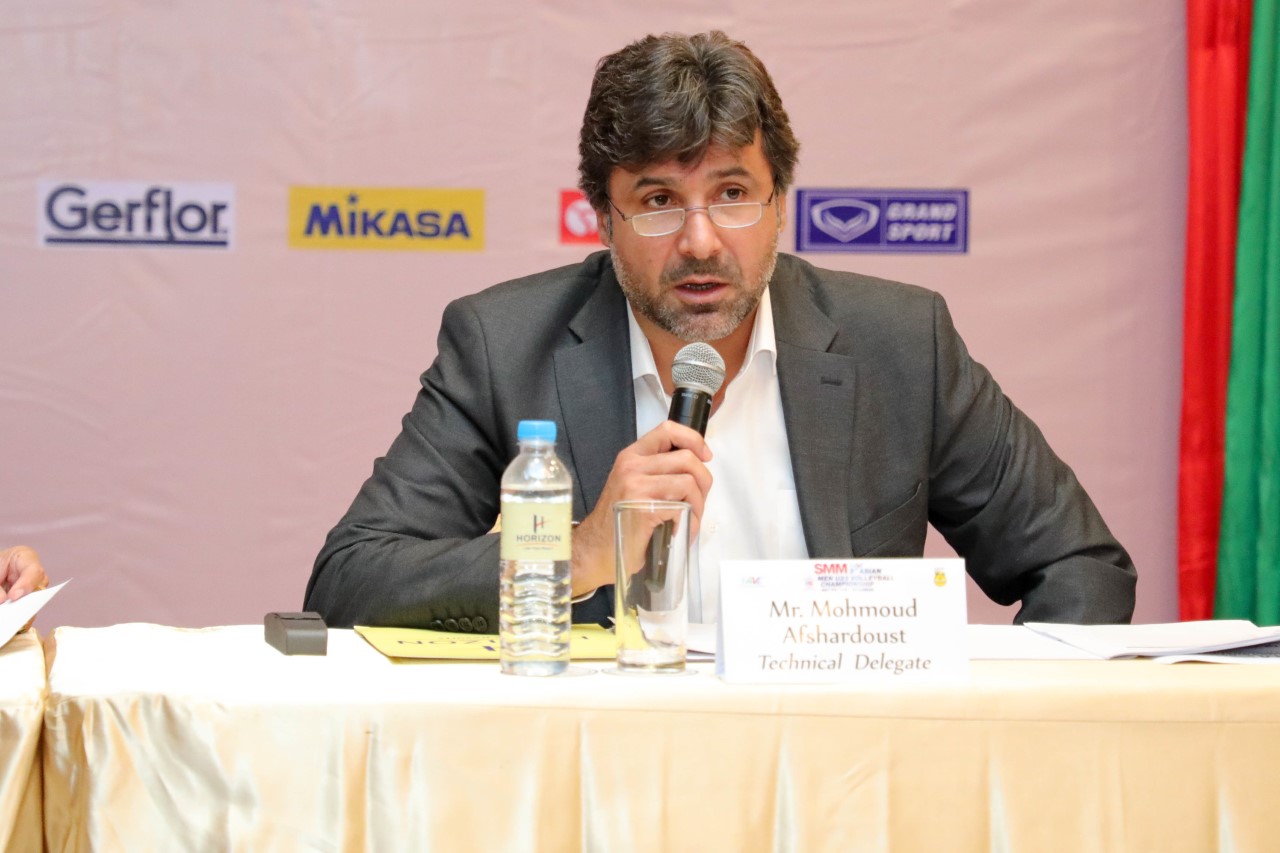 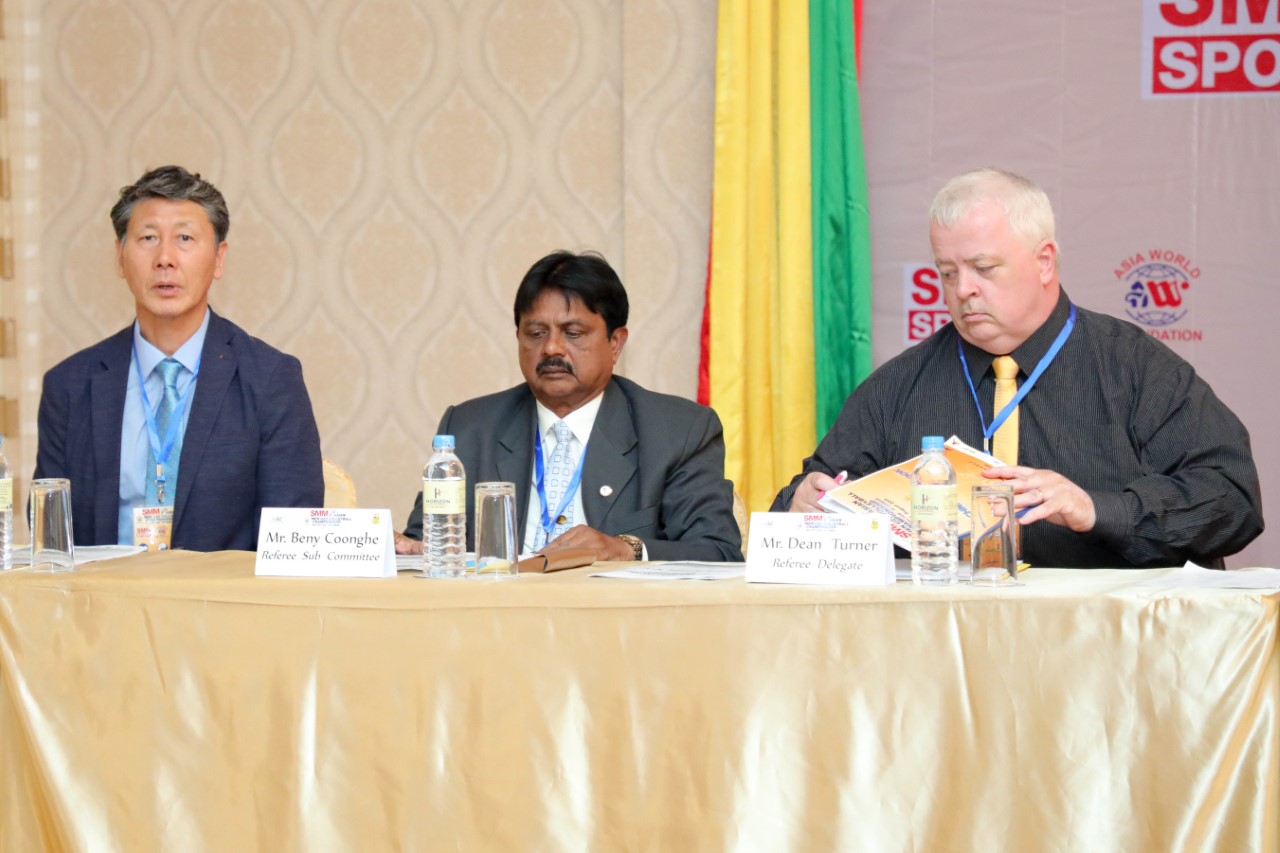 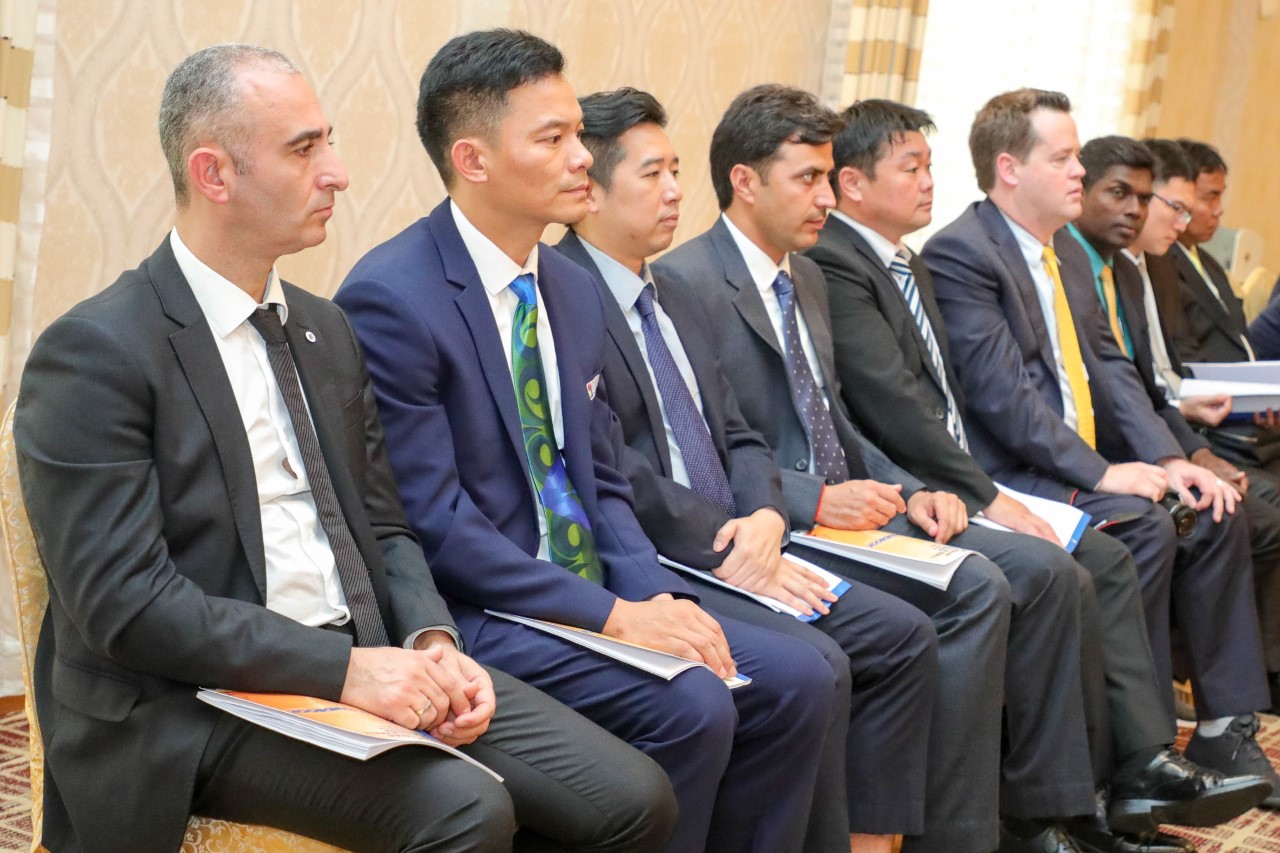 Teams will compete in pool round-robin preliminaries, with top two teams from each pool advancing to the round of top eight teams. Teams finishing third and fourth places in each pool will contest the classification for 9th-16th places. Since Iran, champions at the first two editions, 2015 in Nay Pyi Taw, Myanmar and 2017 in Ardabil, Iran, did not compete this year, making the door open for all participating teams to vie for the top honour and the second team to be crowned the Asian Men’s U23 champions here. During the meeting, Technical Delegate Mr Mahmoud Afshardoust informed all participating teams necessary matters including eligibility of players and officials, place of non-playing teams, position of team statisticians and video cameras, while Referee Delegate Mr Dean Turner on the Rules of the Game to be applied, discipline on the court and match protocol. Press Delegate Ms Maryam Hessaby informed the team head coaches about the press interviews at the mixed zone and asked all participating teams to catch updates of the competition on all AVC social media platforms including AVC Website, Facebook, Twitter and Instagram.

On Saturday, the very first day of the competition, hosts Myanmar take on Hong Kong China in the opening match, followed by matches between New Zealand and Thailand, Qatar vs Pakistan and Australia vs Sri Lanka at Hall B. At Hall C, Kazakhstan play Vietnam, Bahrain meet Chinese Taipei, Saudi Arabia challenge Japan and China take on India. 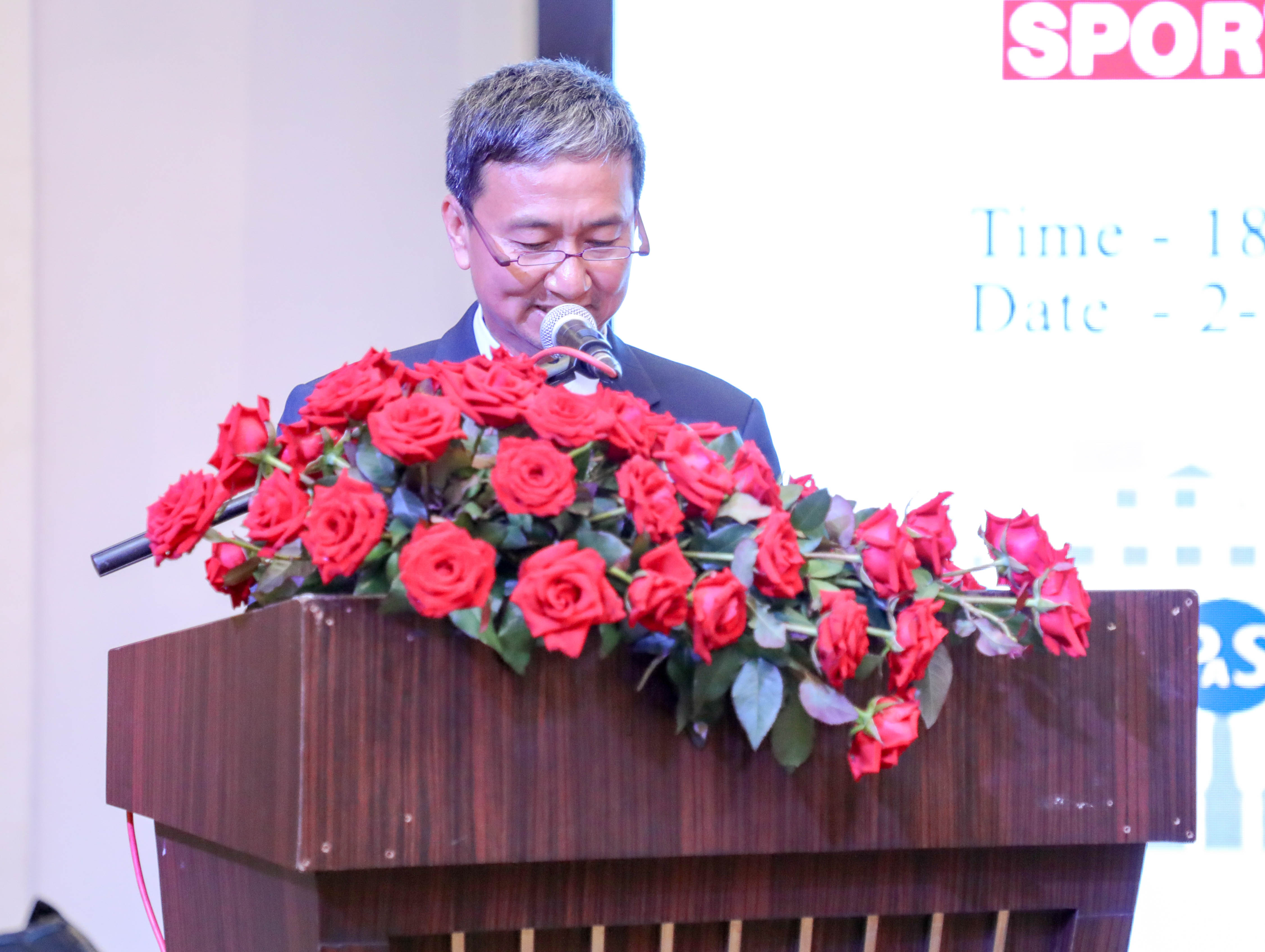 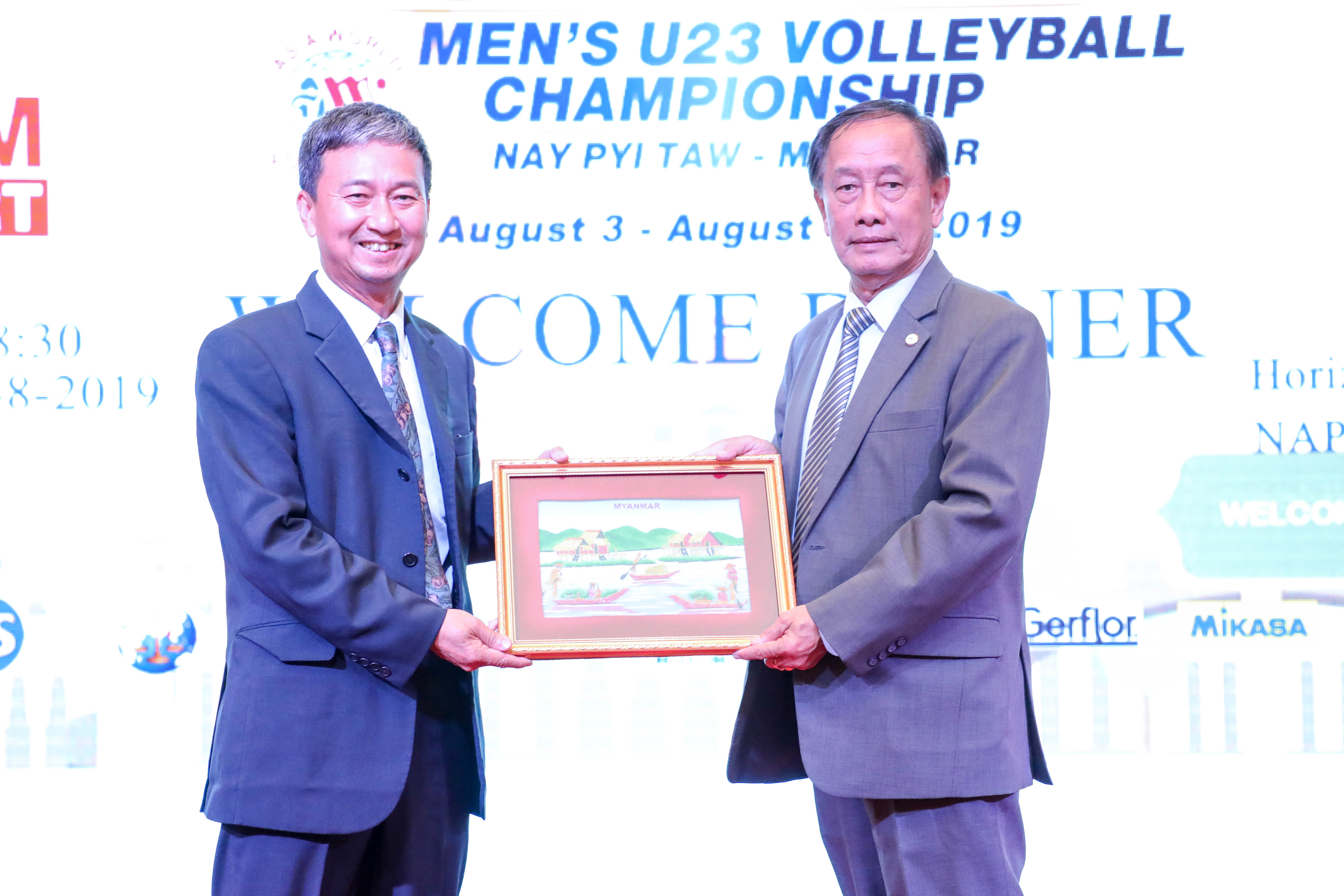 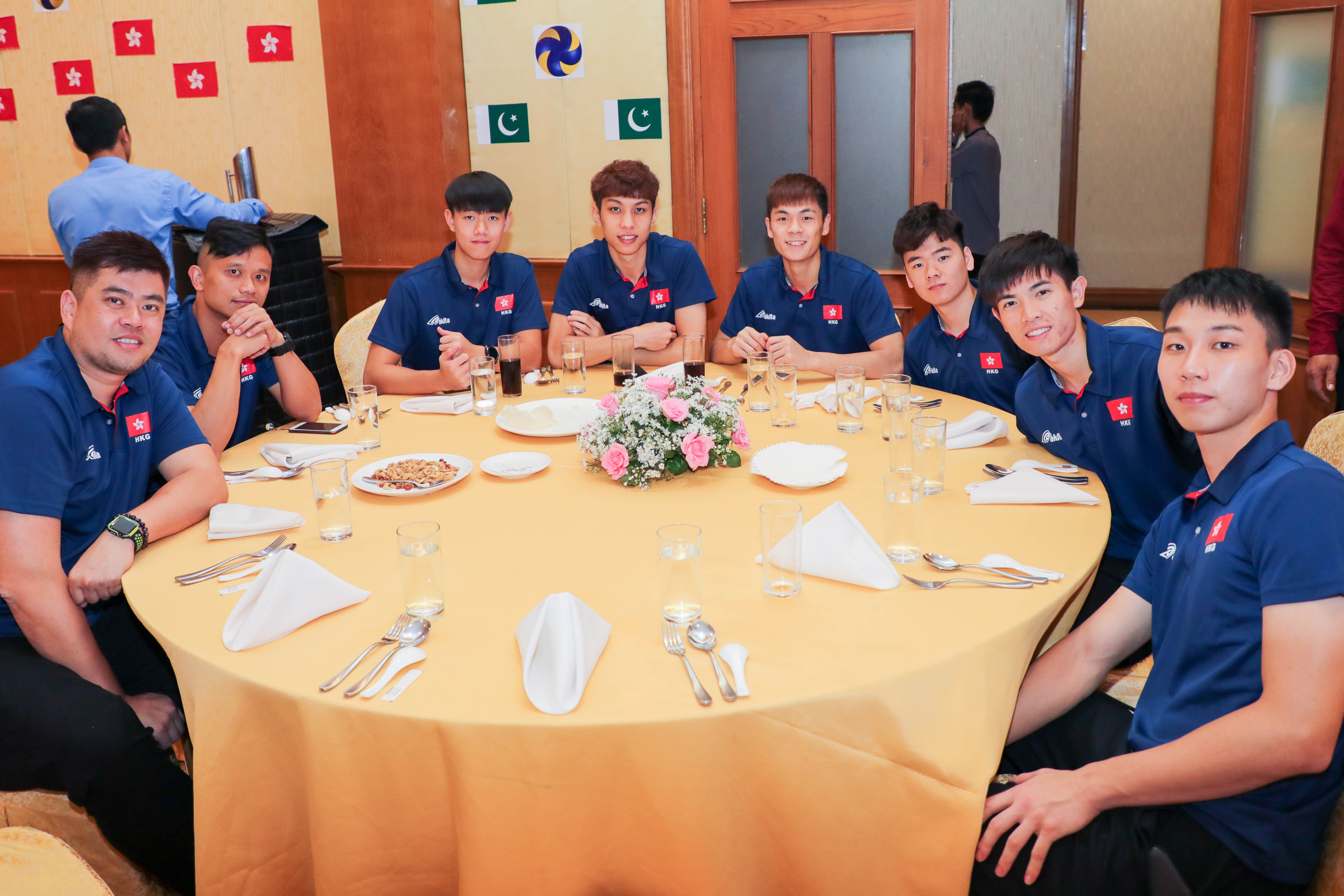