Ningbo, China, August 2, 2019 – Hosts China opened well on their Road to Tokyo campaign as the Rio Olympic champions outclassed Czech Republic 3-0 (25-18, 25-23, 25-19) in their first match in Pool B of the FIVB Volleyball Women’s Intercontinental Olympic Qualification Tournament at Beilun Sports and Arts Centre here on Friday. 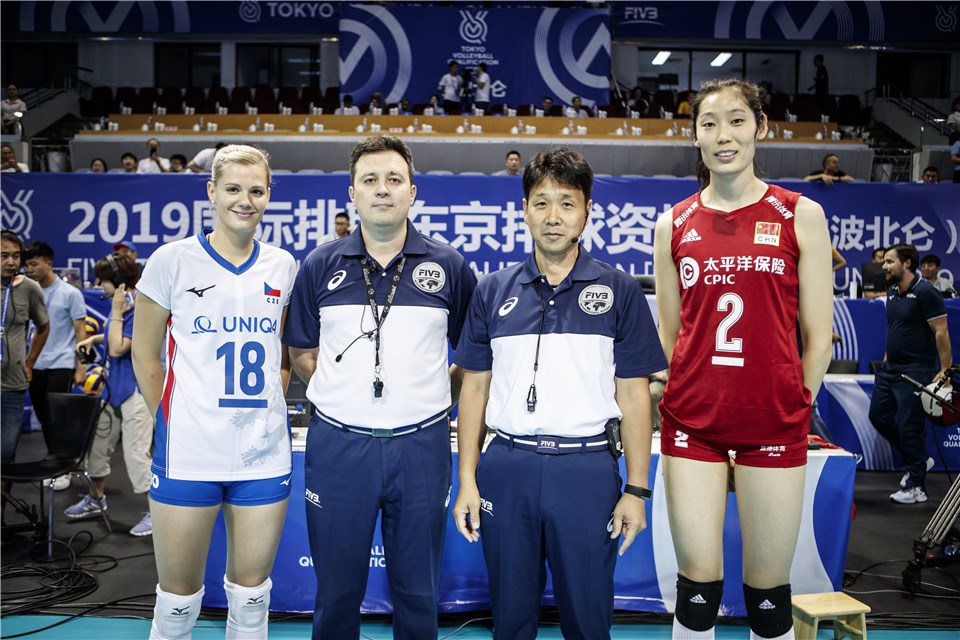 Andrea Kossanyiova scored a match-high 17 points for Czech Republic but could not bring her team a win as Zhu Ting, Yuan Xinyue, Zhang Changning and Gong Xiangyu scored with double digits apiece for aggregate 44 points for China. 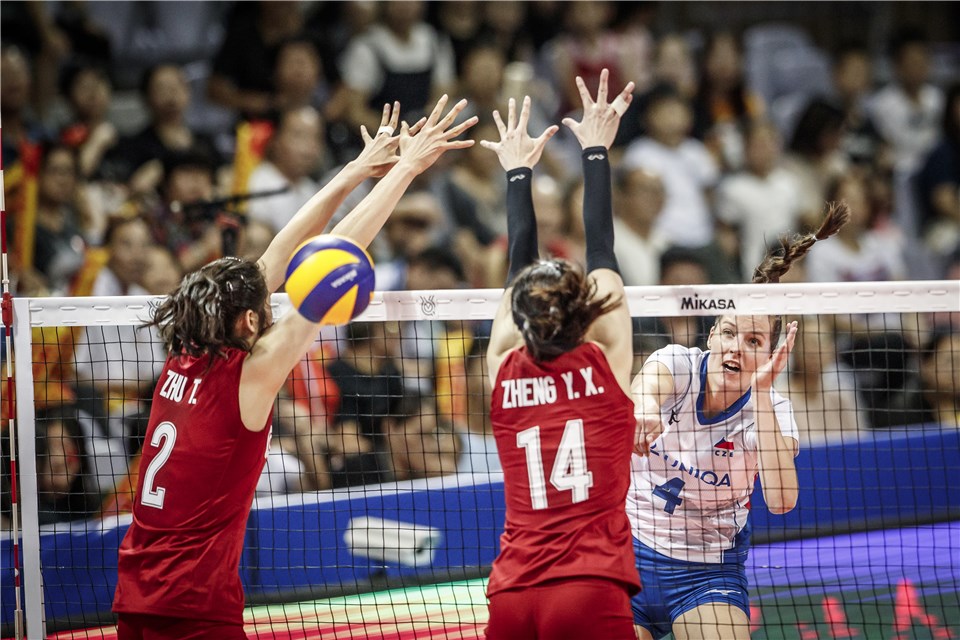 Czech captain Smidova Pavla: “I would like to thank everybody here for attending the press conference. I think we made a good performance against the strong team China. We appreciate that everybody liked what we played. I think if we continue to play like this, that will be great for us.” 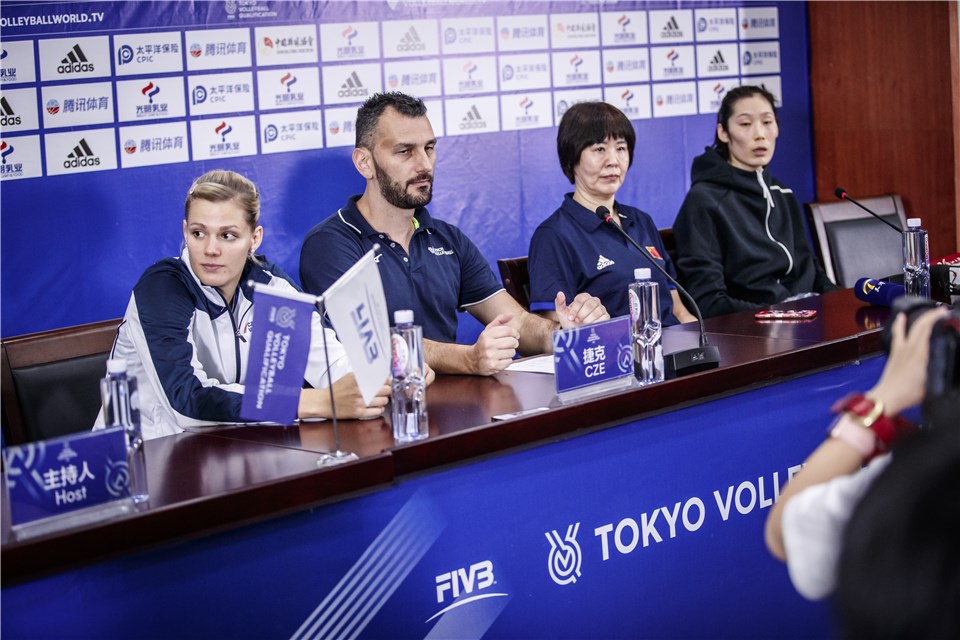 China captain Zhu Ting: “I think Czech Republic played very well today. They had good defense and blocking. I hope we can play better and better in the next two matches. It is an important match for us. We were a little bit too excited during the match. So we will try to control our mentality in the next matches.” 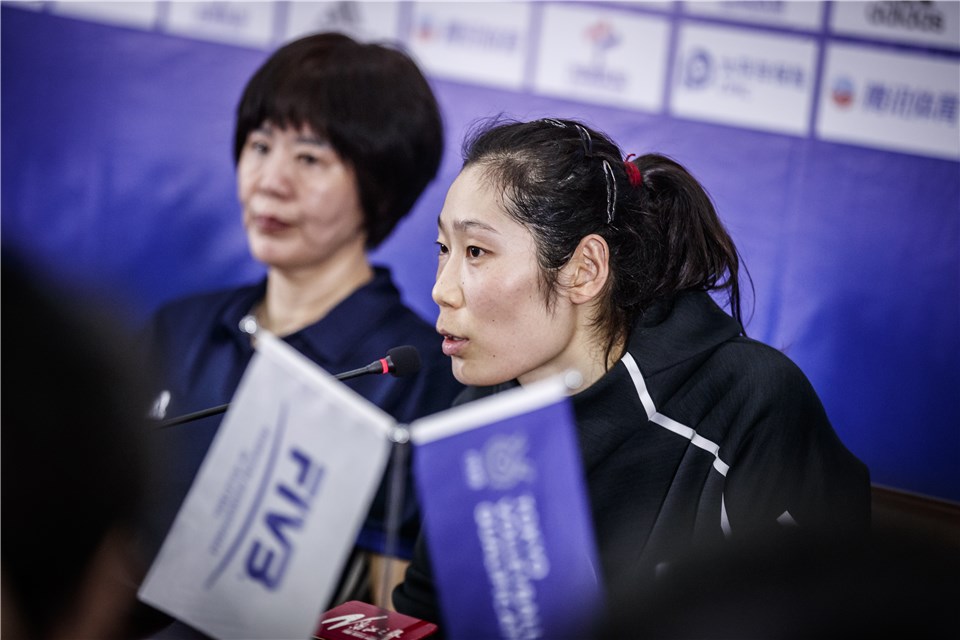 Czech Republic head coach Ioannis Athanasopoulos Ioannis: “Congratulations to team China because they played better today. Generally speaking, we had a good performance today and we fought for every ball against one of the world’s top teams. Our problem was on the reception. And team China are very tall and their attacking was fast. We could not stop them. There are a lot of things for my team to improve. But we are a young team. We had two and a half month training together before the competition and slowly we were getting better. I think through matches against top teams, we will become a better team.” 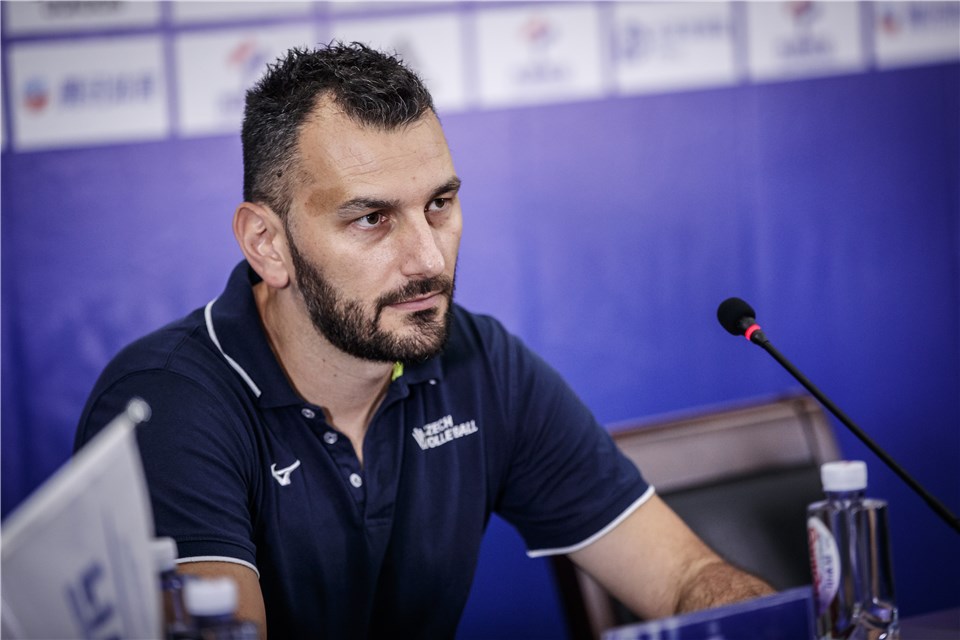 China head coach Lang Ping: “I think the 24 teams participating in the FIVB Volleyball Women’s Intercontinental Olympic Qualification Tournament are all strong teams. As for our opponent Czech Republic today, we are not familiar with them. In the beginning of second and third sets, we had a slow reaction to the opponents’ changes. Also, our service was not so good as Czech’s. We tried to be aggressive but we made many mistakes in service. Especially in the first and second set, we even had less points from the opponents’ errors. So it was a tough match for us. We will make adjustment and review right away because we will have tougher games against Germany and Turkey in the following two days.” 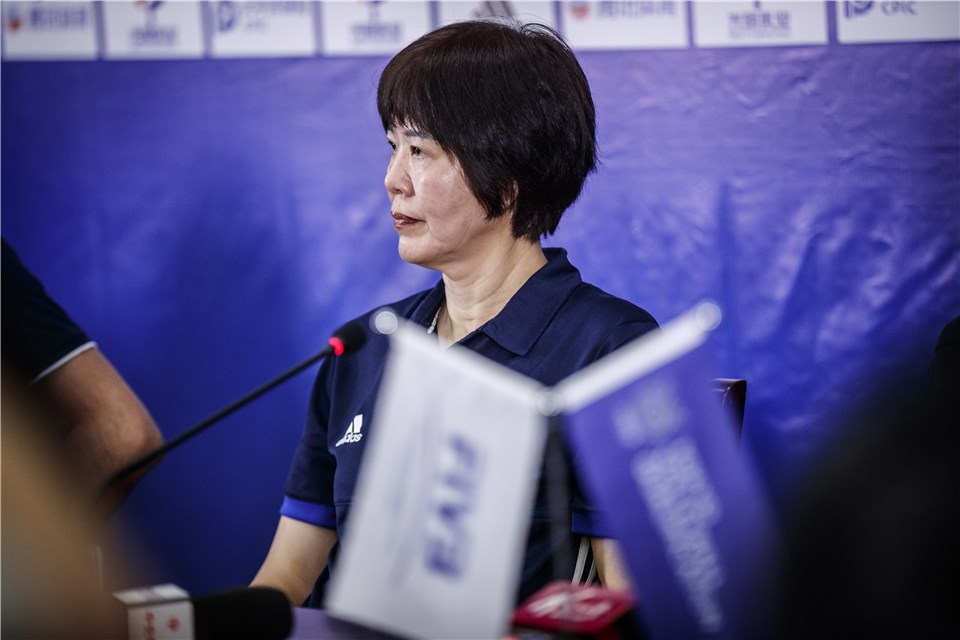 “We aimed to improve our abilities of controlling the ball through the squad training in the past month. But we committed many mistakes today so the match became difficult for us. I believe, we should have better service than this. I hope we can find our rhythm as soon as possible through the match today.” 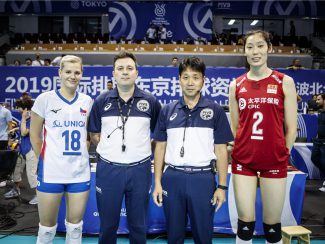 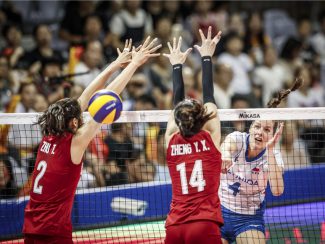 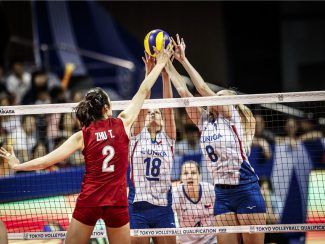 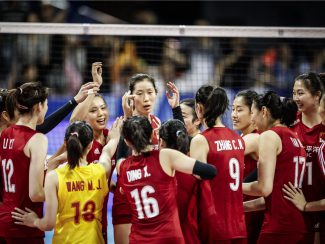 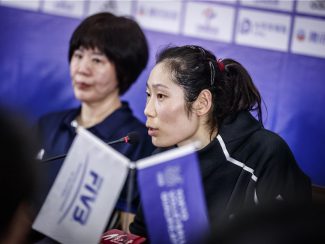 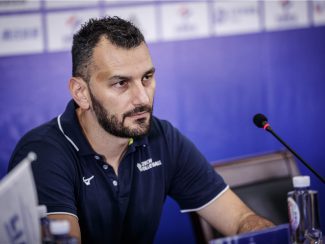 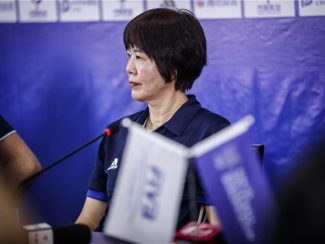 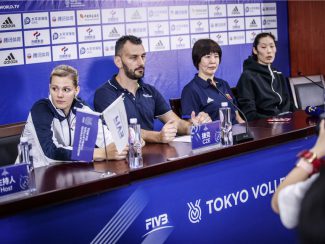