HARUYO SHIMAMURA: “BOTH TEAMS WERE VERY MOTIVATED TO WIN”

Reigning two-time Asian champions Japan have moved up to the Top 4 of the 2021 FIVB Women’s Volleyball Nations League in Rimini, Italy after pulling off a stunning 3-1 victory against Turkey on Saturday. 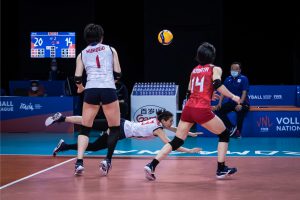 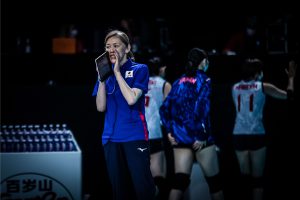 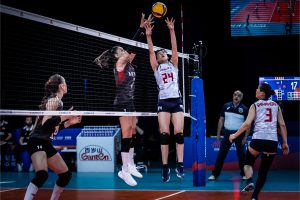 Sarina Koga proved again that she remains a dominant force of Japan to be reckoned with in the 2021 VNL and the next month’s Tokyo 2020 Olympic Games alike as she chipped in with a match-high 18 points, while Ai Kurogo, Mayu Ishikawa and Erika Shinomiya added 15, 12 and 10 points respectively. Hande Baladin led Turkey with 17 points. 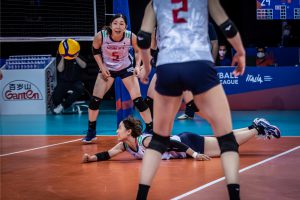 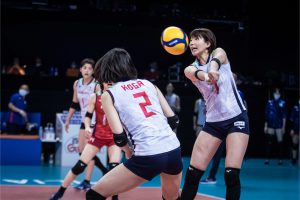 Turkey’s Meliha Ismailoglu said at the virtual Mixed Zone: “It was a very important game for us – we really wanted to win this game, but today, I think, our defence was the main problem and scoring against their defence, which is amazing. We struggled a lot to find solutions. From time to time our defence was good, but then we had problems with handling the tips and struggling with their attack, which put a lot of stress on our team. We definitely have to learn as fast as possible from today’s mistakes to be ready for tomorrow’s game, which is a key game.” 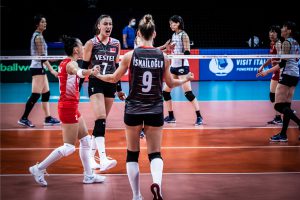 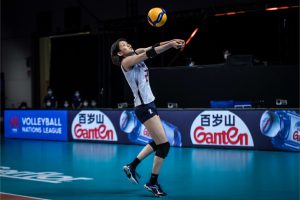 Haruyo Shimamura of Japan said: “It was a game between two teams having similar ranking in the standings, therefore both teams were very motivated to win this game, but probably we had more energy for this match. We played a good match from the first set. The Turkish middle-blocker [Eda Erdem] is great, she is very good in spike and has great skills, so playing at the same position I have a lot of respect for her.” 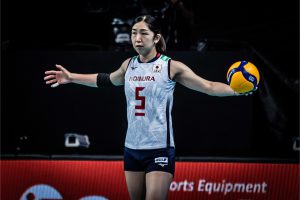 ZHANG CHANGNING: “WE PLAYED A VERY GOOD GAME”THAILAND PUT IT PAST BATTLING GERMANY 3-1 TO TASTE FIRST VICTORY AT 2021 VNL