In-form Thailand captured their first win in the 2021 FIVB Women’s Volleyball Nations League in Rimini, Italy after recovering from their close first set down to outplay Germany in dramatic four sets on Saturday. 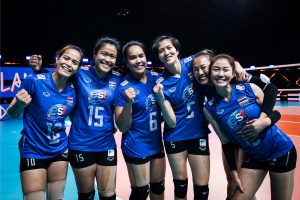 Thailand, silver medallists at the 2019 Asian Championship, fielded veteran players who have been playing with the national team for more than 10 years including Pleumjit Thinkaow, Malika Kanthong, setter Nootsara Tomkom and Onuma Sittirak, while Germany were spearheaded by Hanna Orthmann, left-hander attacker Kimberly Drewniok and Camilla Weitzel.

Both sides met for several times in previous FIVB competitions including the 2018 VNL preliminaries in Bangkok, where Thailand lost on home soil to the Germans 2-3, but they regained the lost pride by avenging them in straight sets in the 2019 edition in Poland. 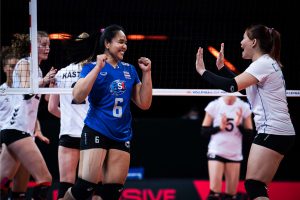 Thailand almost clinched the first set win after taking a commanding 24-21 lead, but let the win slip through their fingers as Germany hit back spectacularly to save three set points for a 24-all and went on their fine form to win another two points for the eventual 26-24 win in the closely-contested set. 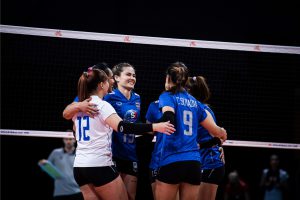 Going down one set, Thailand regrouped and played much better than the previous set. With Onuma, Malika and Pleumjit coming up with exceptional combination plays, Thailand made their mark to win the following three sets 25-21, 25-21,25-16. 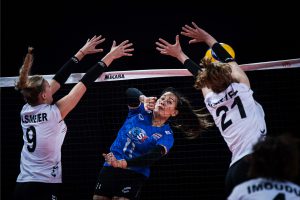 The win handed Thailand the first three points in the 2021 VNL, but they remained on the bottom of the 16-team standing. 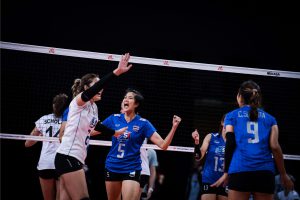 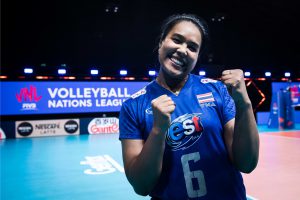 Thailand’s Sutadta Cheuwulim said at the virtual Mixed Zone: “After three weeks in Italy, after many training sessions and a proper rest, we finally showed our volleyball. We had nothing to lose, we were all playing our best. We were trying to help each other on the court. Our goal was to earn at least one win and today we got a chance to realise that and managed to do it.” 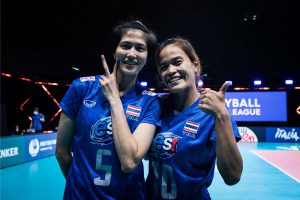 Lina Alsmeier of Germany said: “Actually I don’t think that the Thai team’s game was a big surprise. We knew what was coming. But we didn’t play our game, especially we didn’t work well in block-defence and then it’s very hard to play against the teams like Thailand. We have to start to work harder on our block-defence system and to have more patience. We have to come back stronger.