Both matches turned out to be one-sided, but different from the depressed Binagar of Turkmenistan, TPE of Chinese Taipei were more well-trained as they did some commendable jobs in front of the mighty taller-built hosts. However, with the fresh return of attacking trio of Li Yingying, Liu Xiaotong and Gong Xiangyu from China national team’s camp training, hosts Bohai Bank Tianjin enhanced a barrage and TPE unluckily became the sacrifice of the newly-regrouped team as they went down 0-3 (14-25, 14-25, 18-25). 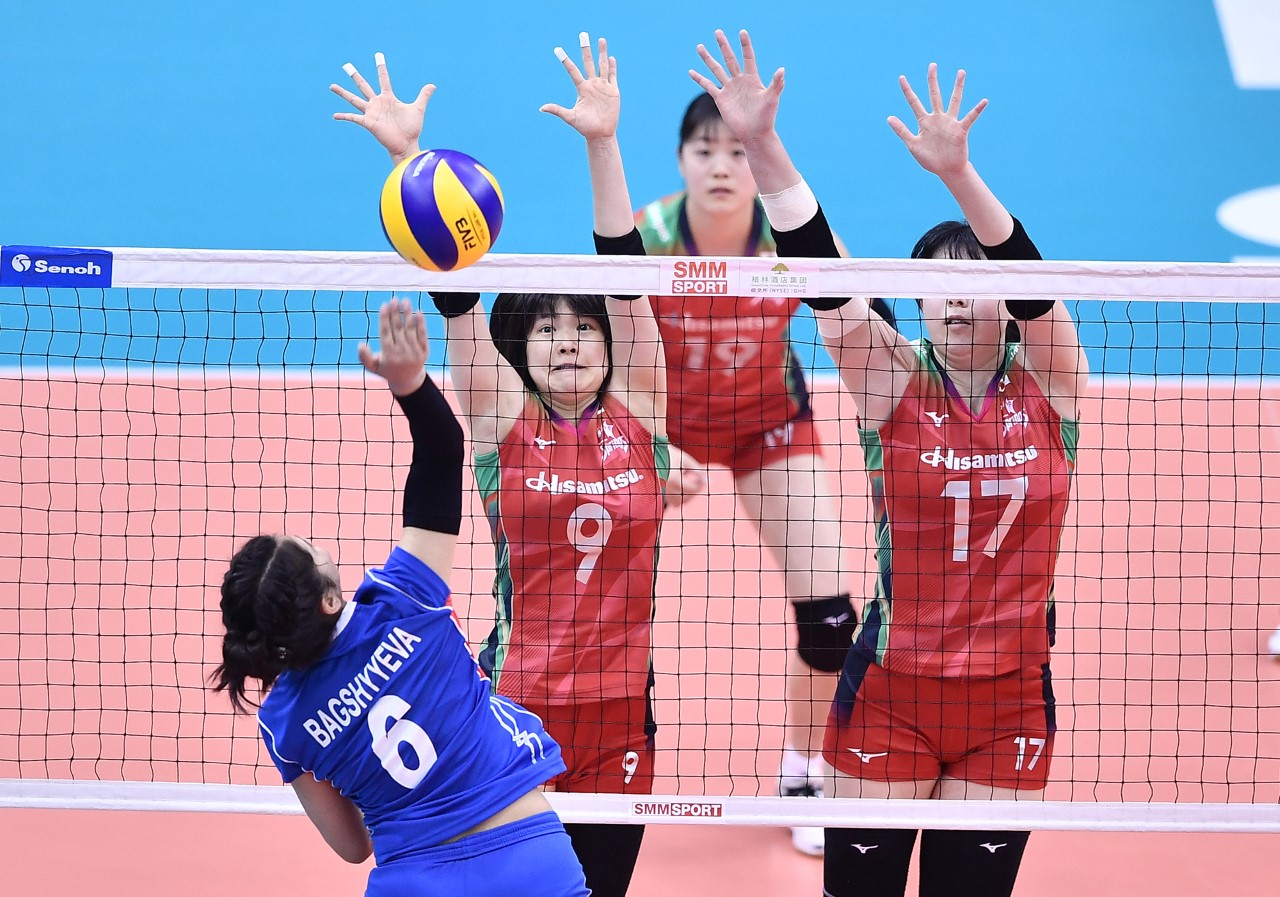 “I am pleased with the squad’s morale but we still should focus on further progress in set balls and cooperation. On Tuesday, we are about to meet strong opponents Altay VC, so we have to get good preparation for it and unite well. That’s why I kept the three national team players busy on court in full time in this match,” responded Bohai Bank Tianjin’s head coach Chen Yongquan at the after-match interview.

Recovering from 0-3 loss to Hisamitsu Seiyaku Springs on Monday, which faced no issues in mercilessly crushing Binagar in a totally lop-sided encounter 25-7 25-12 25-4), DPR Korea’s 4.25 Sport Club opened up their third match with a thrilling four-set 25-23, 23-25, 25-18, 25-16 win over VTV Binh Dien Long An from Vietnam. Red-hot Jong Jin Sim continued her All-Star performance with a match-high 28 points from 62 attempts to help the team register their second victory. 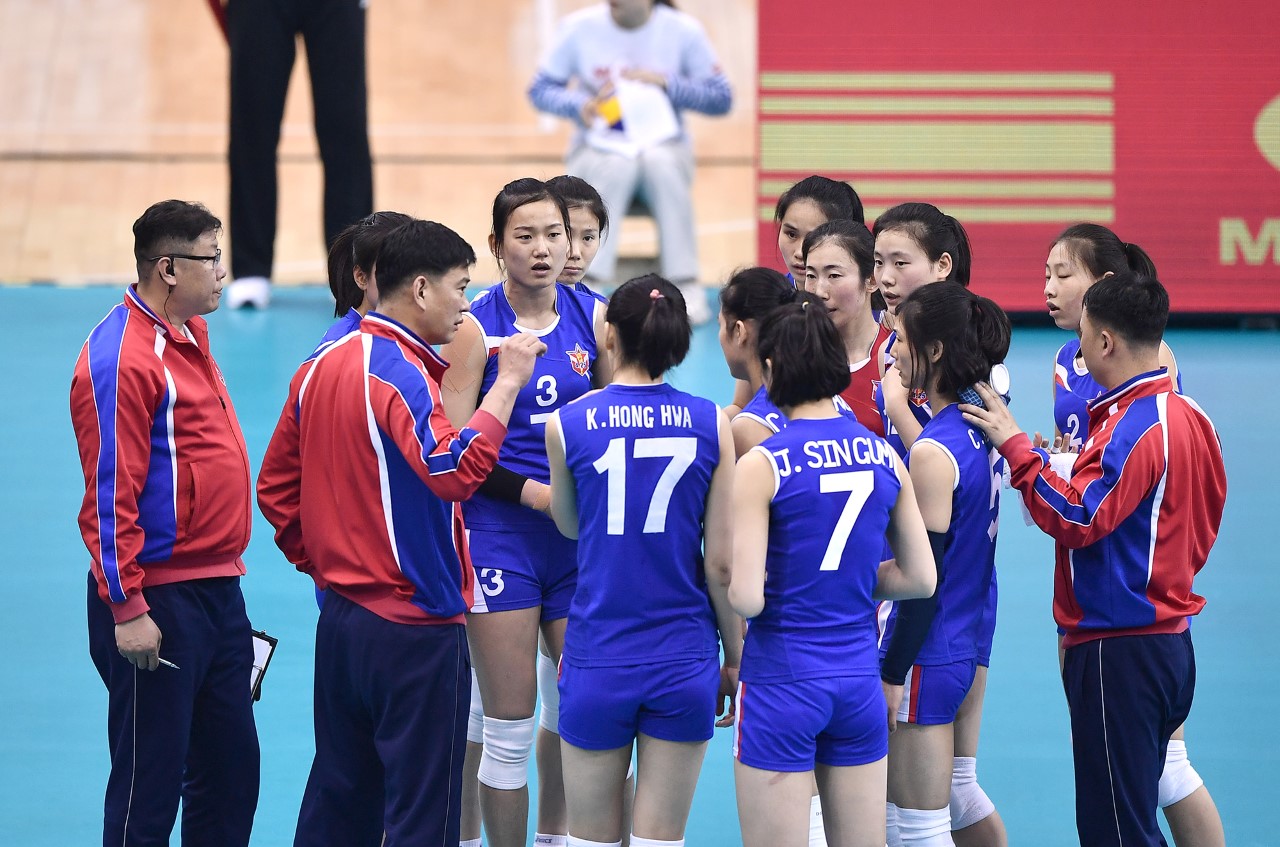 The first victory of 4.25 Sport Club was recorded on the opening day as they upset reigning champions Supreme Chonburi of Thailand in a hard-fought five-set thriller. However, Supreme Chonburi refreshed themselves and also snatched their second victory after beating Sri Lanka Air Force Sports Club 3-0 (25-20, 25-15, 25-17) with ease, even without key players on the court. “In the first set, our players did not have motivation, I am very pleased they were soon back on track and finished the game without too much trouble. We kept key players Pleumjit (Thinkaow), Wilavan (Apinyapong) and Ajcharaporn (Kongyot) on bench for the encounter with Japan, which is pivotal match for us. If we win, we will be on top of Pool B.” said Supreme Chonburi head coach Nathaphon Srisamutnak at the mixed zone. 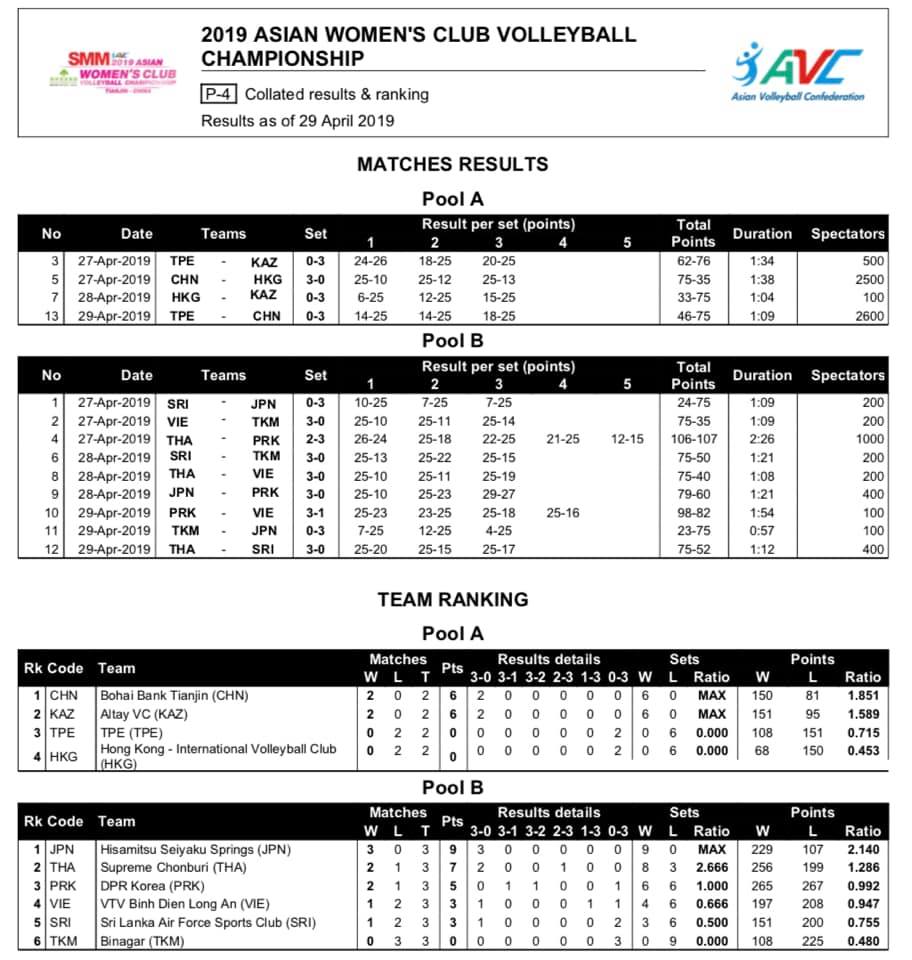 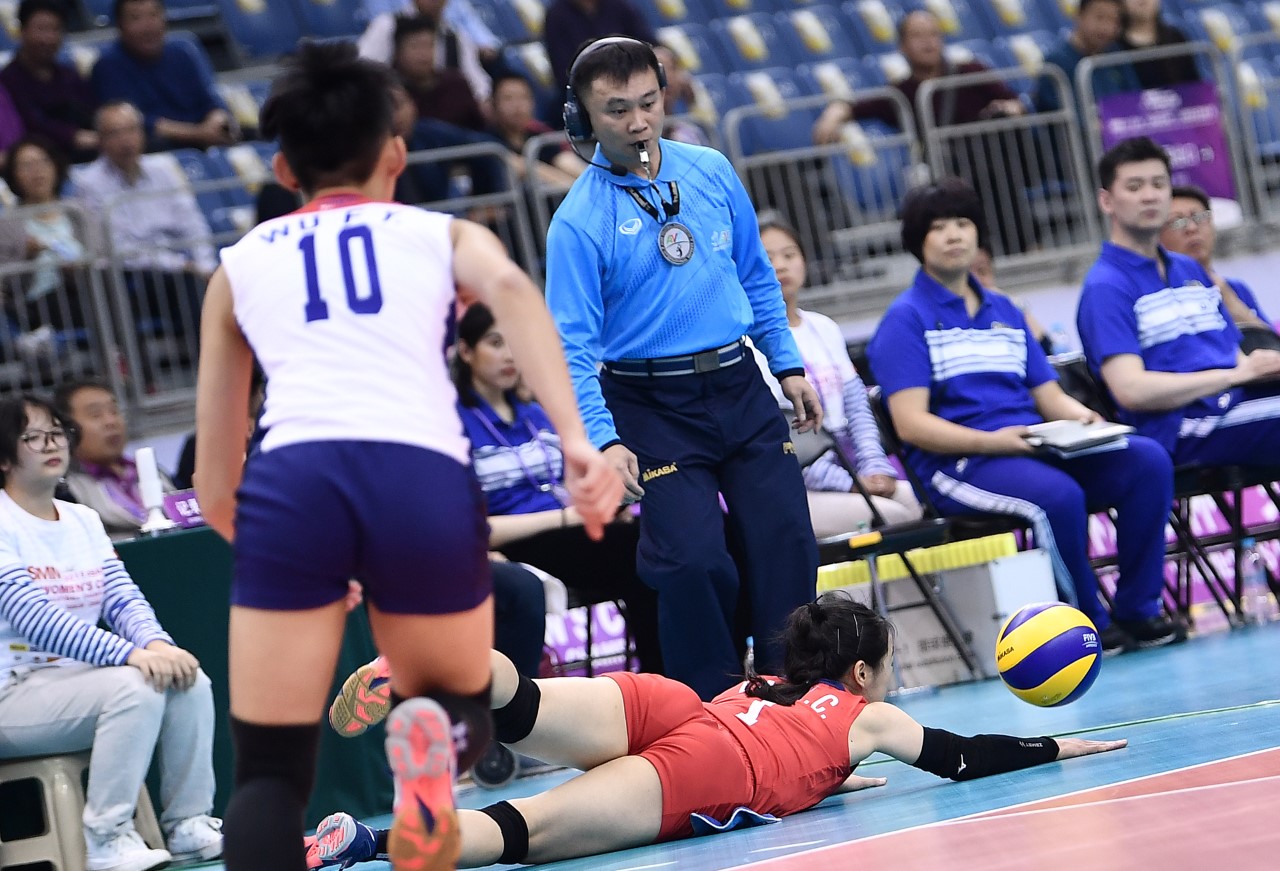 Tianjin, neighboring China’s capital city of Beijing, is a coastal metropolis in northern China and one of the four municipalities under the direct administration of central government of China, with over 15 millions of population. Tianjin is also known as “City of Volleyball” as Tianjin Women’s Volleyball Team has been always powerhouse in China, claiming 4-time champions at Asian Club Championships, 11-time National League titles and 3-time National Games titles. Tianjin also hosted the Asian Senior Women’s Volleyball Championship in 2015, seeing hosts China outclass Korea in the final showdown to claim the eventual title.