DPR Korea came into the match quickly and zoomed into a huge lead, leaving France too far behind to close the gap. A stellar performance from Kim Hyon Ju was instrumentali in lifting the DPR Korea’s set win in a short time. With France struggling to find their footing, DPR Korea took an advantage of the opponents’ weakness to take the second set 25-10. In the third set, the Koreans made the most of the better situation to close the set with a convincing 25-14 win.

The match featured power versus power in a battle of the Norceca teams. Canada came out strong on attacks in the opening set and put pressure on USA with terrific serves. They finally clinched the set 25-23.

USA fought back in the second set, attacking and serving well. They grabbed the lead and took the set 25-20. Canada again took back the momentum in the third set with solid blocking and good attacking to seal this set 25-18. The fourth set was tight, going point by point. Following a thunderous ace by Feldpausch Maria, USA kept themselves back to the battlefield by winning the set 25-19.

The decider turned out to be a dramatic tie-breaker as Canada established their lead to 8-3 with some hits by Collins Norah Marie before USA roared back to tie 9-9 with Hall Abby’s key spikes. Both teams then traded points from 14-14 to 19-19 with neither side able to get much separation. Canada showed more energy at the crucial moment and they finally closed the set 21-19 and the see-saw match 3-2.

In the third encounter, Germany picked up their first victory by beating the Netherlands in straight sets 25-18, 25-13, 27-25, leaving the rivals to taste the savour of their second loss in Pool B on Tuesday afternoon. 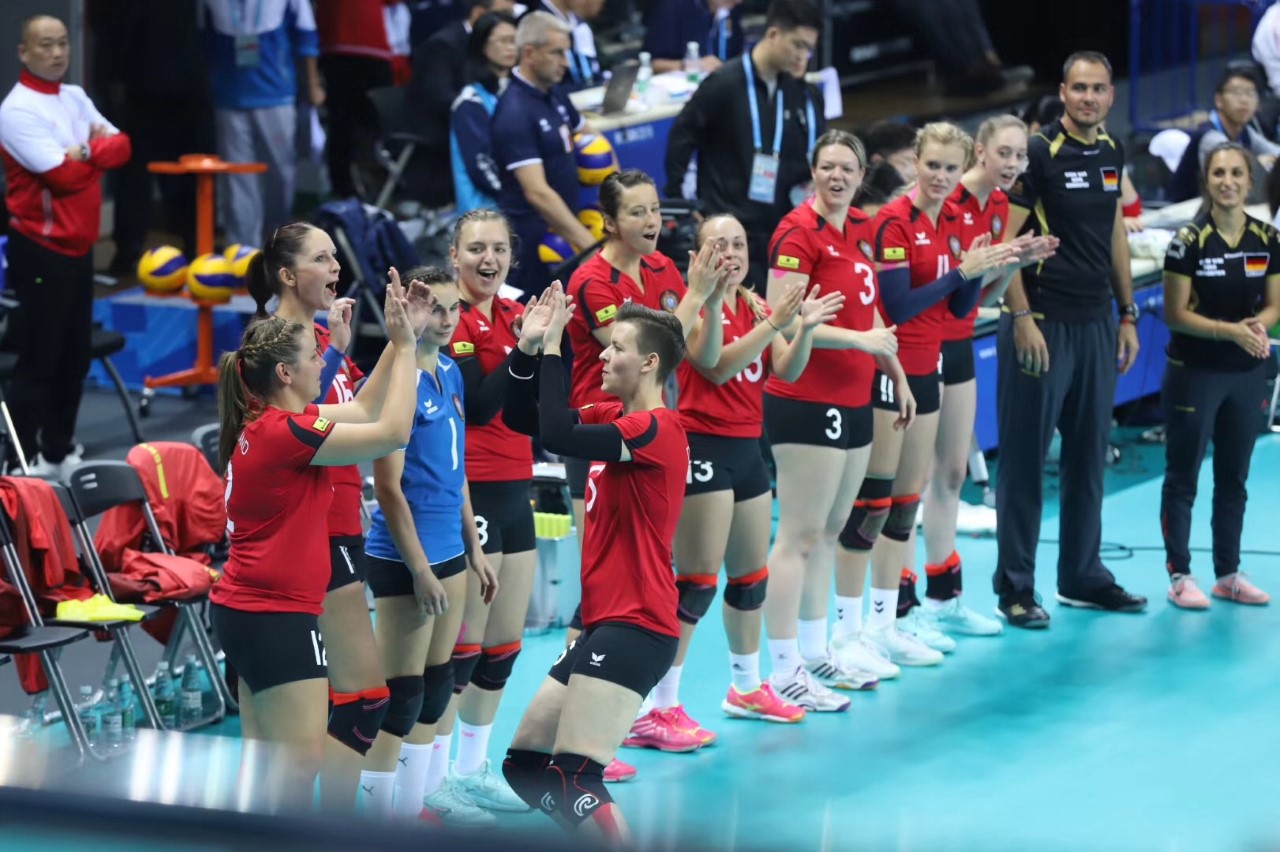 In the first set, Germany led 8-2 at the first technical timeout, thanks to the impressive performance of Vukovic Jana. Germany then widened the gap to 21-14 as the Netherlands saw their attacks rejected by Germany’s excellent blocking. Germany closed out the set 25-18. The second set provided more of the same situation, as Germany scored on quick strikes to a 25-13 win. At the third set, the Netherlands played solidly in serving, blocking and attacking to keep up with Germany till 24-24. But German refused to play the fourth set as finally finished the hard-fought set 27-25 and match 3-0.

Li Yingying chipped in with a match-high 18 points for China. Brazil were unable to block well facing the high and quick attacking from China as they only sneaked 3 points from blocking.

In the first set, Brazil led 8-6 at the first technical timeout before Yuan Xinyue’s excellent spikes brought China to a commanding16-13 lead at the second technical timeout. China’s successful challenge gave them a set point at 24-17 and they took the set 25-17 on a miscue by Brazil.

Accumulating confidence from the first set win, China quickly grabbed an 8-3 lead in the second set on a double block by Yuan Xinyue and Zhou Yujie. The stubborn Brazilians tried to match up with the Chinese and kept the 5-point gap to 15-20. Following a double block by Gao Yi and Li Yingying as well as heavy spikes by Wang Yunlu, China took the set 25-16.

In the third set, China took an 8-7 lead benefiting from Liu Yanhan’s frightful spikes. Cheered by louder and louder supporters, China came to the match point at 24-18 following an ace by Yuan Xinyue. A powerful attack from Li Yingying went without responding to end this set 25-21 and match 3-0. 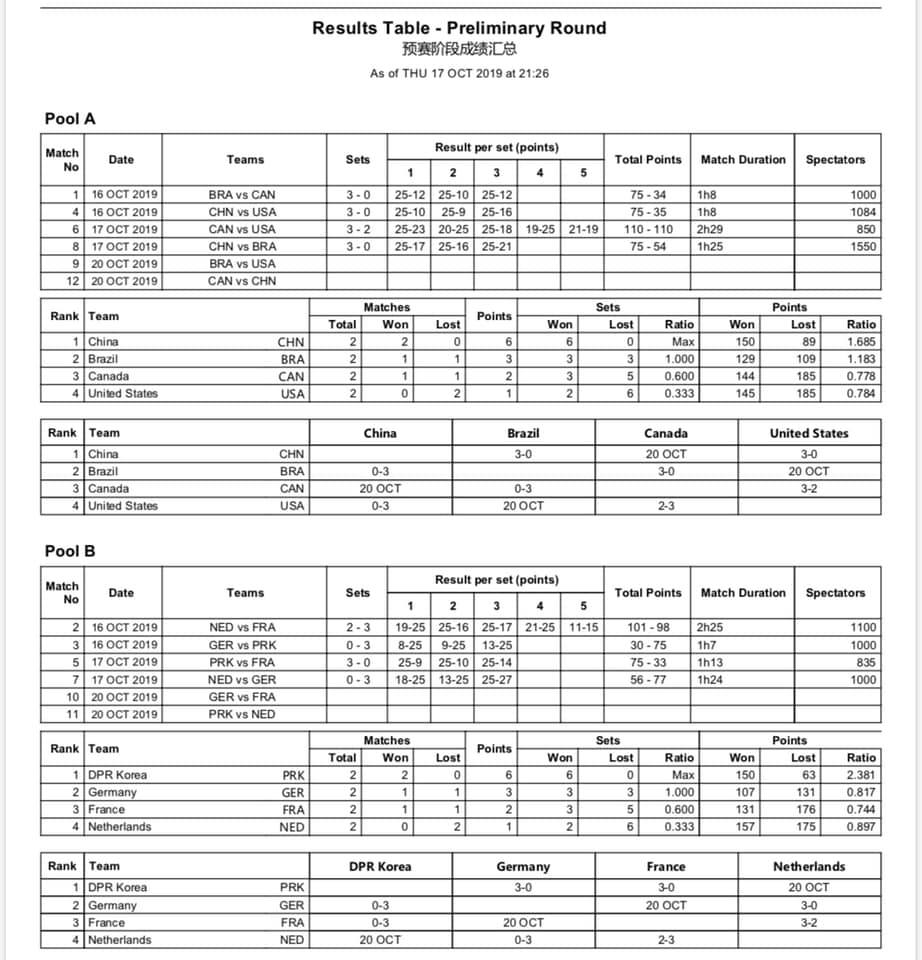