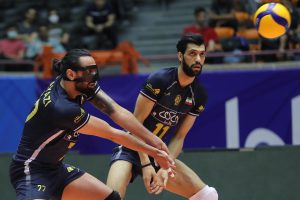 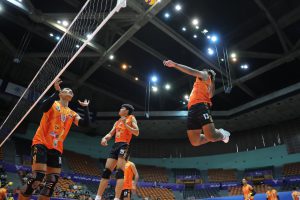 Peykan, which came to the court with the bench players, started strongly in their third pool preliminary match against Nakhon Ratchasima whose height average is 186cm against the rivals’ 196cm. Challenged by the rivals, the host side powered past Nakhon Ratchasima 25-23, thanks to powerful attacks from Ali Shafiei and Pourya Yali. 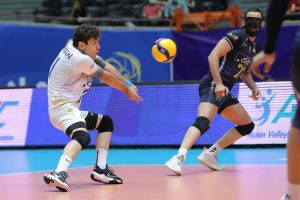 Nakhon Ratchasima tried to shrug off their dismal start and came up with more aggression. After leading 10-8, Nakhon Ratchasima went on a blistering run to regain control. As the Iranians became more prone with successive unforced mistakes, the Thai side were all smiles to win the second set with a lot of effort 25-23 for a 1-1 tie.

Armin Afshinfar started to produce the goods, with Pourya Fayazi displaying powerful jump serves. The hosts led narrowly 7-5 and regained their composure to widen the margin to 19-8 and took the third set 25-18. 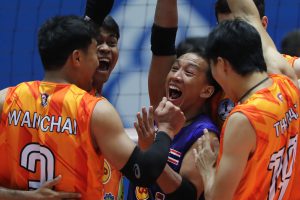 The fourth set was one-sided affair as Peykan’s bench players got the helm of the set and pressured the Thai’s defence. Peykan had the upper hand to narrowly lead 10-6. From then, the rhythm was with the hosts, seeing them take advantage of the rivals’ unforced mistakes to stretch the lead to 20-9 and stormed on to win the set 25-13 and match. 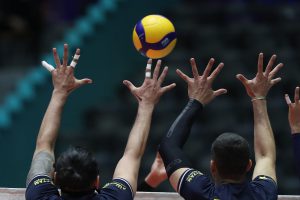 After the match, Padejsuk Vannachote, head coach of Nakhon Ratchasima, said, “In this game, we did not expect to win but we expected a better game. The second set was our best set to play and we hope to find our composure in future games.” 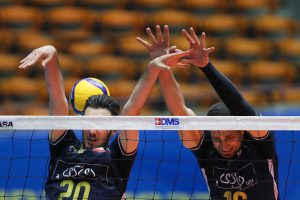 Earvin Ngapeth, the French player of Peykan said, “The real competition would start from the quarterfinals. The most important thing is victory that we could make it come true. The other players should also get the chance to participate in this tournament