Ebrar Karakurt scored a team-high 20 points for Turkey, while Pleumjit Thinkaow led Thailand with 7 points including a team-leading 3 blocks.

Giovanni Guidetti, coach of Turkey: “First of all, I would like to thank Thailand Volleyball Association for organizing an amazing tournament. It was amazing for us to play here. They have such great fan presence every day at the stadium. We are very happy to play here. About the game today, I would like to thank my players for playing a perfect match. We played amazing blocking and defence. I am really proud of my team because we know Thailand is a great volleyball team and it is never easy to beat them. To beat them 3-0 is beyond my expectation. So congratulations to my team and coach Danai and his team.” 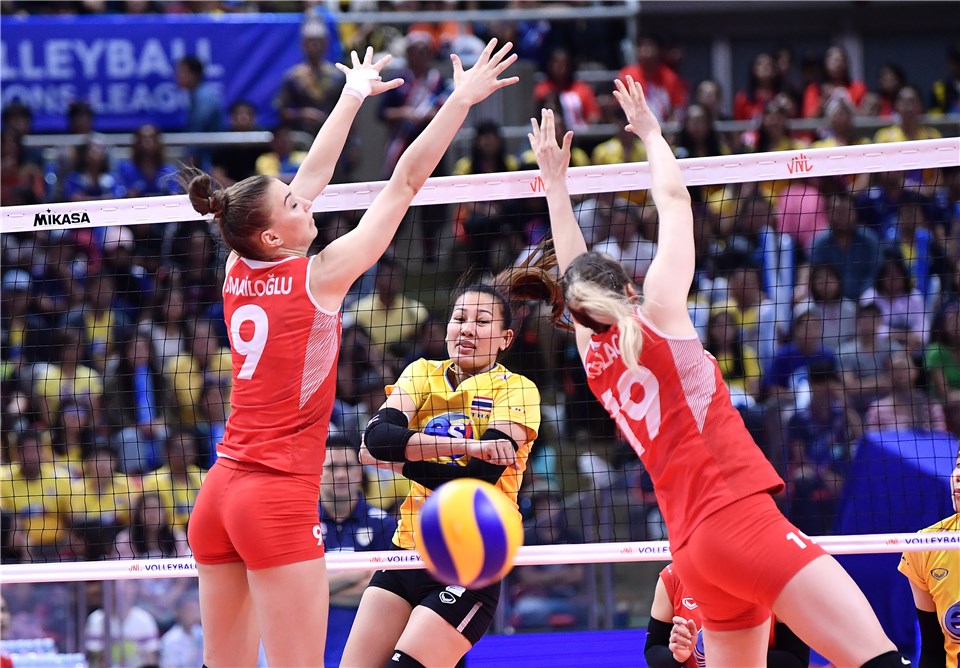 Kubra Caliskan, captain of Turkey: “It was not easy to beat Thailand because they have so many fans to support them. I am very happy to win and get three points.”

Danai Sriwacharamaytakul, coach of Thailand: “We have to admit that we lost to them in every way. We have not fully recovered from the last match, but our players tried best to fight against them. Most importantly, we still have another two weeks to play. We need to recover and maintain our players to be ready for the rest of the tournament.”

When asked about his expectations about the next tournament, he added: “This year, we don’t have much time to prepare for this tournament. But we have our ultimate goal. VNL is a test tournament for the players who will suit our system most, in order to play the best performance in both tournaments of the 2020 Olympic Qualification.” 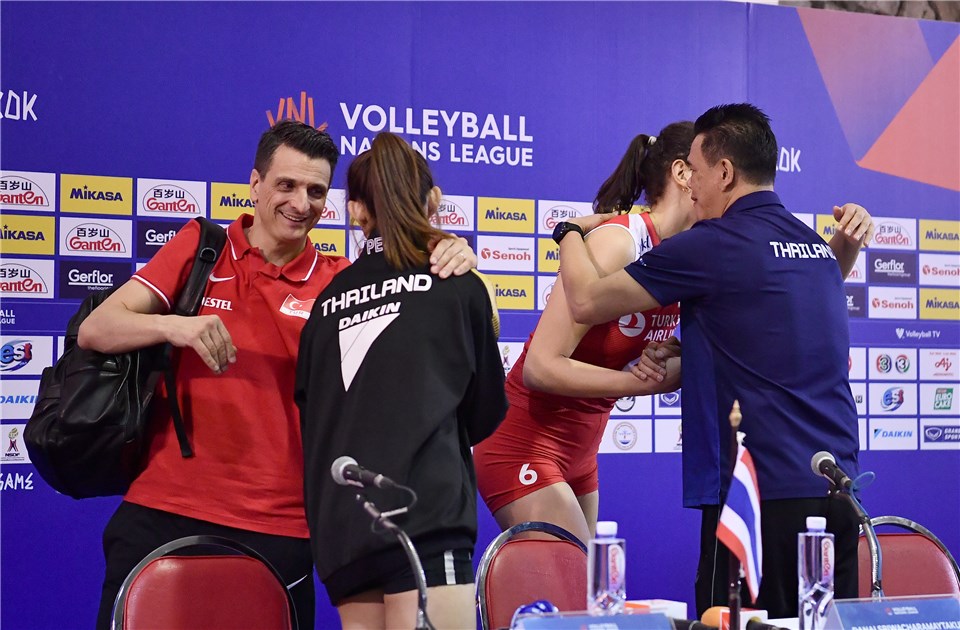 Nootsara Tomkom, captain of Thailand: “Congratulations to Turkey for the victory. I think we faced one of the strongest teams in the tournament. I believe everyone in the team tried their best. But because of our fatigue from the 5-set match the previous day against Dominican Republic, we could not perform our best and play according to what we expected.”