Jiangmen, China, January 12, 2020 – Asian champions and world No.8 Iran qualified for the Tokyo 2020 Olympic Games after pulling off a comfortable straight-set win against hosts China in the final showdown of the AVC Men’s Tokyo Qualification 2020 at the Jiangmen Sports Centre Gymnasium on Sunday. 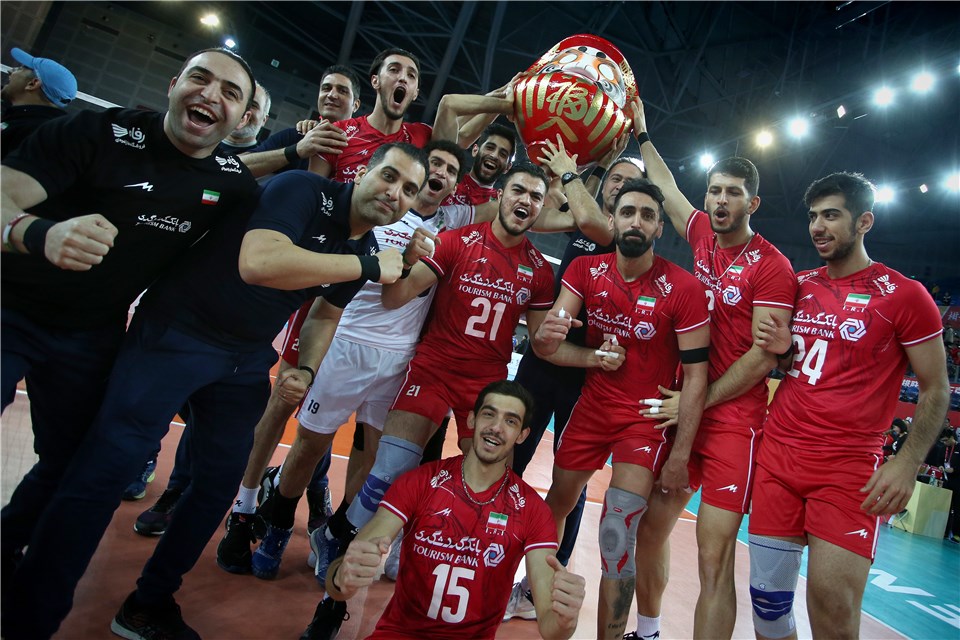 The Iran’s exceptional 25-14 25-22 25-14 win added another agony to the same wounds of China as the host side had already suffered their first loss to the much stronger Iranians in the pool plays three days earlier. 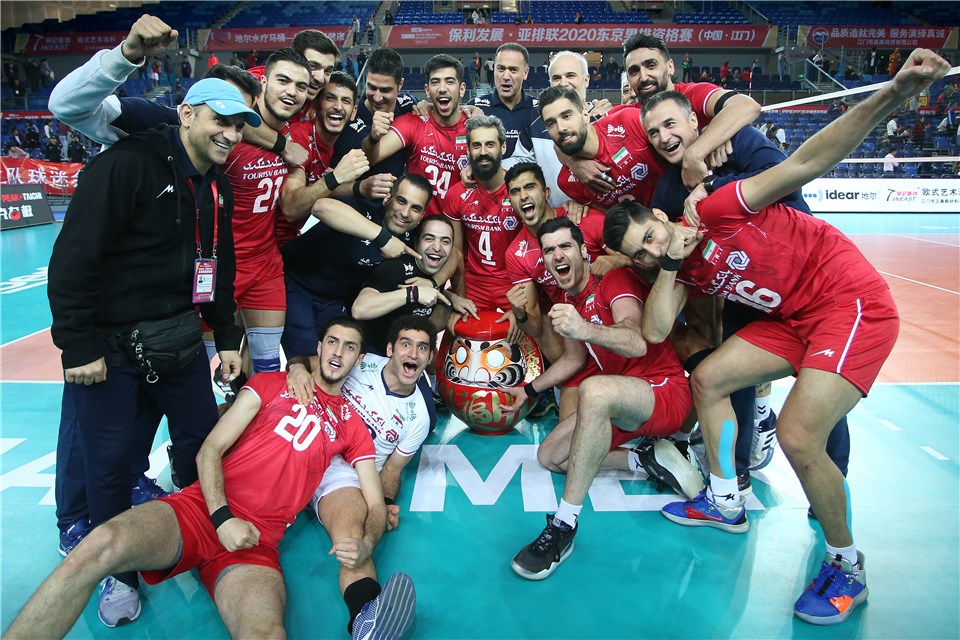 Following the victory with remarkable unbeaten record, Iran, which did not lose a match to their respective rivals en route to the Sunday’s showdown, secured their berth for the Tokyo 2020, which will be their second appearance at the Olympic Games as they first became the only Asian team to qualify for the 2016 Rio Games in Brazil. 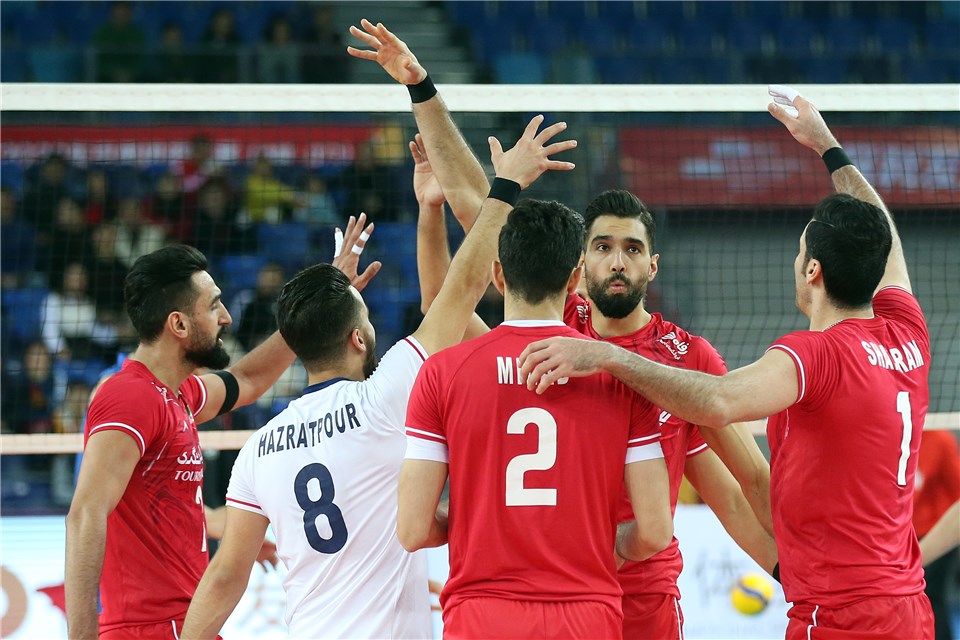 Against hosts China in the final, Iran, which finished a surprise second place in the preliminary round of the 2019 Men’s VNL when they won 12 out of 15 matches contested, fielded the same lineup which defeated Korea 3-2 in the Saturday’s semi-finals. They included Seyed Mohammad Mousavi Eraghi, the Best Middle Blocker at the last year’s Asian Senior Men’s Championship in Tehran, Mir Saeid Marouflakrani, who landed the Best Setter at the Asian meet, and two powerful attackers Purya Fayazi and Milad Ebadipour. 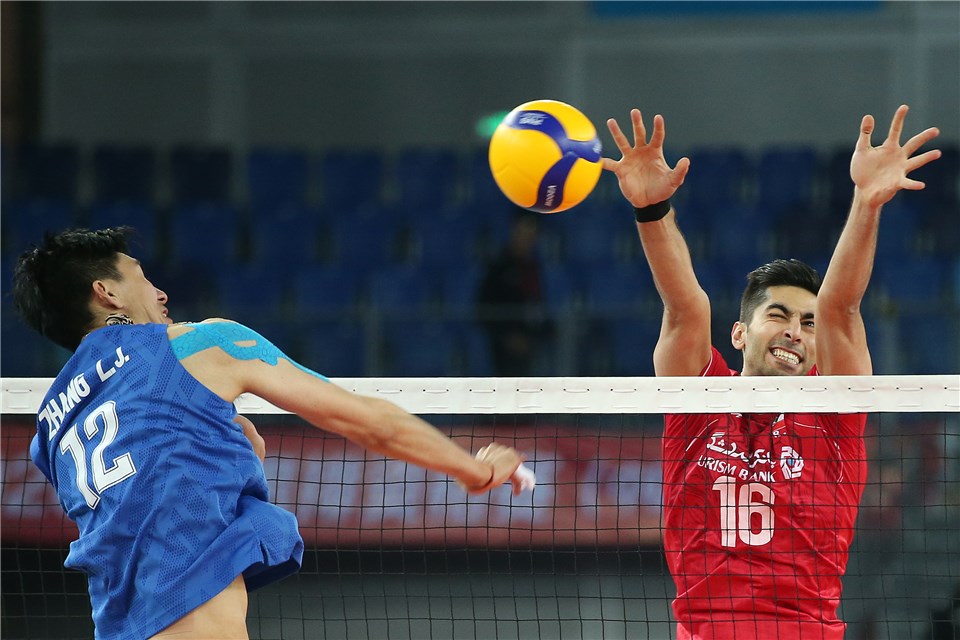 China, current world No.20 and sixth place at the last year’s Asian meet, also sent in a formidable squad including star spiker Jiang Chuan, Dai Qingyao and Liu Libin, the first Chinese men’s player who played professionally in a foreign club (now playing for Japan’s JT Thunders). China had their sights firmly set on avenging the loss to Iran in this crucial match to capture a spot in the Tokyo 2020, which, if their dreams fulfilled, would be their third Olympic appearance. 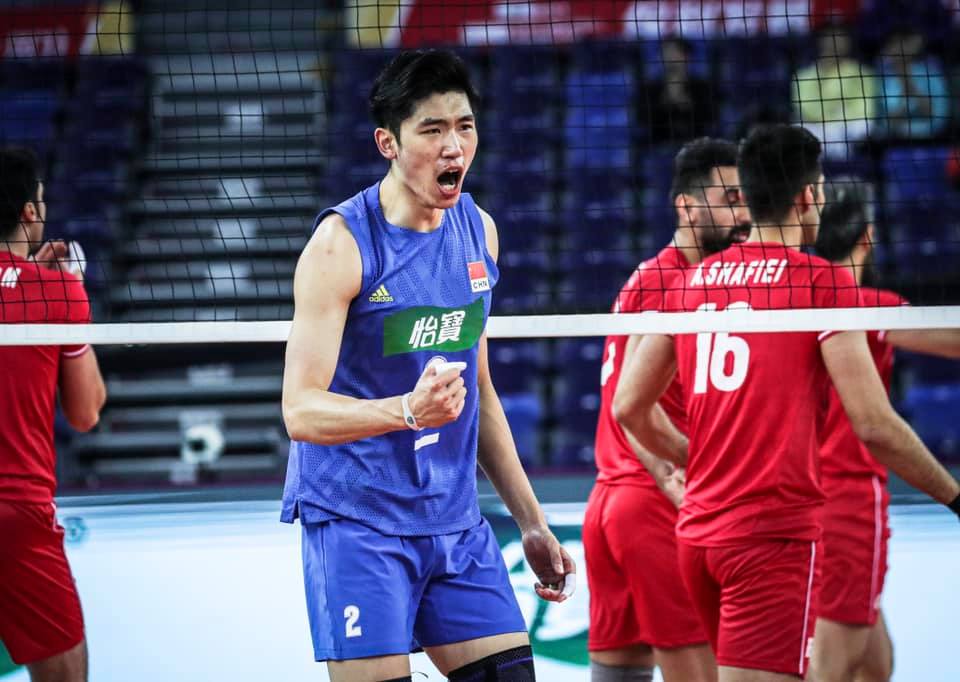 After their first Olympics in Los Angeles in 1984, China automatically qualified for the 2008 Olympic Games as hosts. Since then the Chinese dreams have never come close to reality as the Tokyo 2020, This time, they needed a must-win match against Iran to end their 12-year wait, but things turned sour for hosts China as they succumbed to a straight-set loss to the invincible rivals. 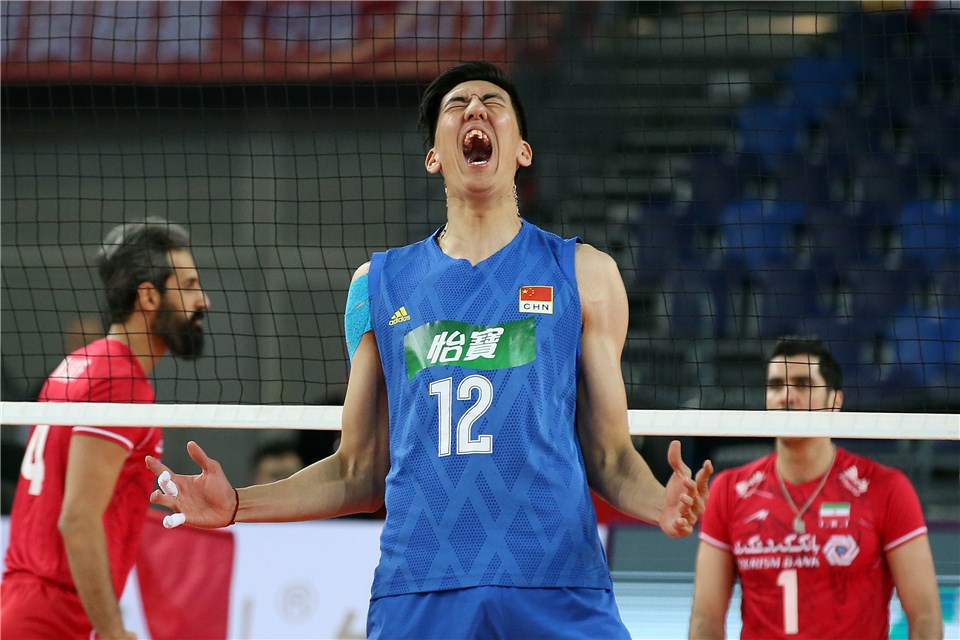 Led by brilliant all-round performances from Seyed Mohammad and Purya Fayazi, Iran made a solid start in the match against China, which was expected earlier to be a clash of the Titans in front of a thoroughly entertained crowd at the venue. The formidable visitors silenced the crowd with a terrific display in the opening set when they raced to an initial 13-4 lead, thanks to their impeccable defensive, excellent teamwork and aggressive attacks. China were error-strewn defensively and offensively from the very beginning of the set. Making too many unforced errors costs the host side dear when Iran took the comfortable set 25-14. 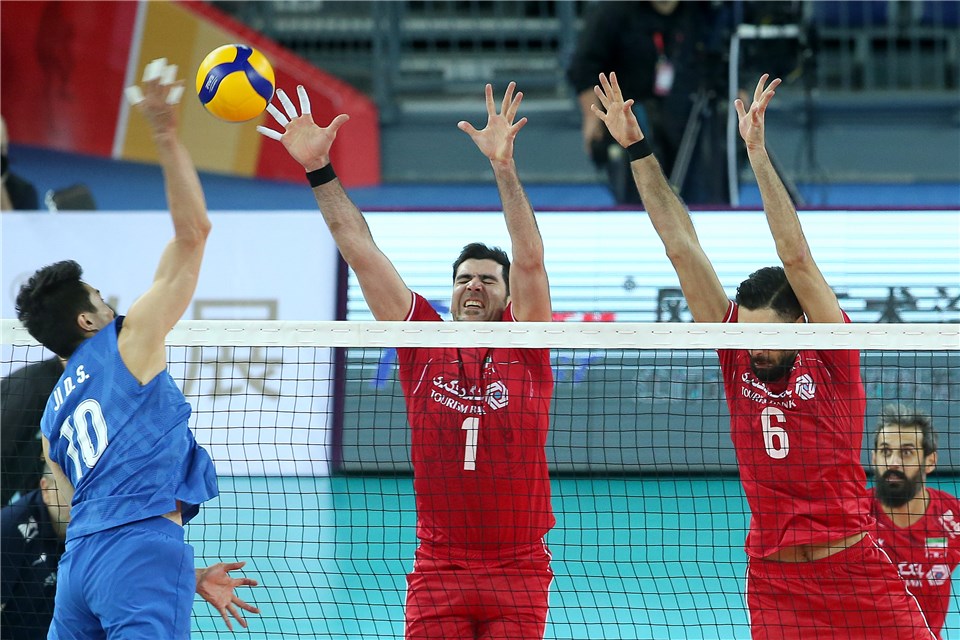 Struggling to get past the Iran’s blocks in the first set, China upped their tempo with aims of shrugging off the rust in the first set. Jiang Chuan and Liu Libin became constant threats from spike range, with Chen Longhai’s powerful spikes and blocking ability proving a thorn in the Iran’s attacks. Hot on the rivals’ heels, China fought hard to catch up with Iran when they pulled away 14-11, but they were never able to close the gap as Iran came through to take the hard-fought set 25-22. 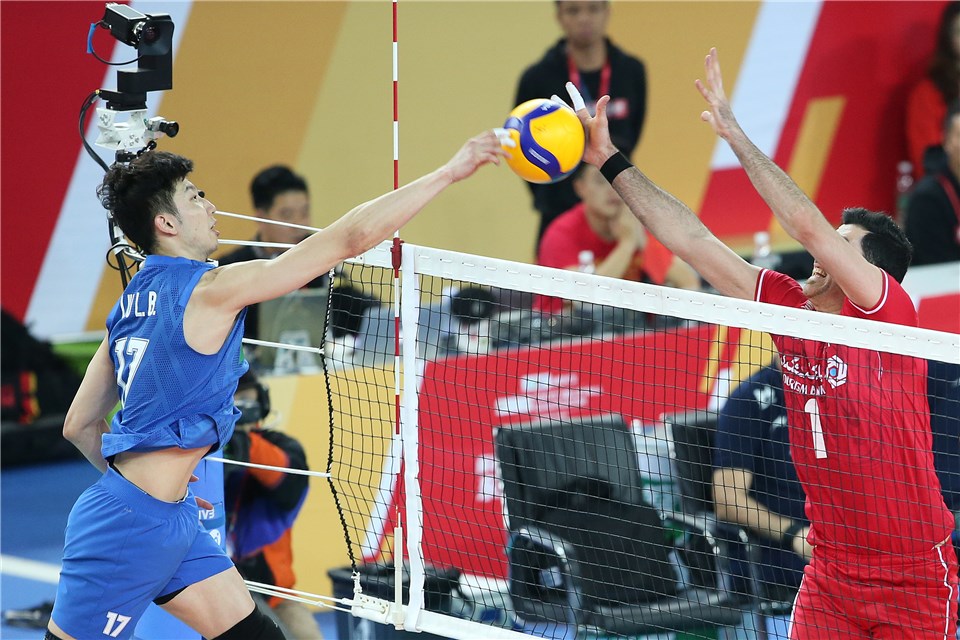 In the third set, Seyed and Shhram Mahmoudi fired a couple of aces to put Iran in front 13-8 before an outstanding Seyed’s solid blocks stretched the lead to 15-11 and 22-14. China still had no answer to the irresistible Seyed’s attacking and blocking spree. From then, Iran captured three points in a row to capture the set 25-14, with Seyed producing an ace to win the Iran’s last point in this top-tier event, match and the Tokyo 2020 berth on offer for the eventual winners. 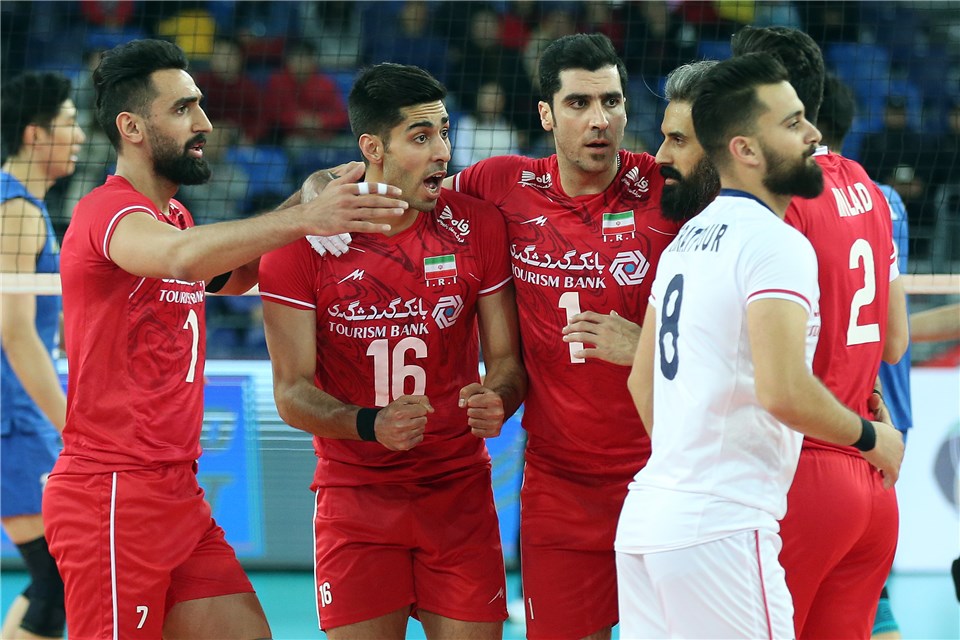 China head coach Shen Fulin: “We didn’t play well today. I think my players were suffering rather heavy psychological stress though we’ve done a lot of work for that. Judging from the outcome tonight, I don’t think those mental instructions worked well. In fact, my players still need to strengthen their coping capacity under great pressure, as well as the ability of understanding and analyzing the game on court. Iran is stronger than us in systematically technical cooperation so I hope we can learn from them and get improved in the future.” 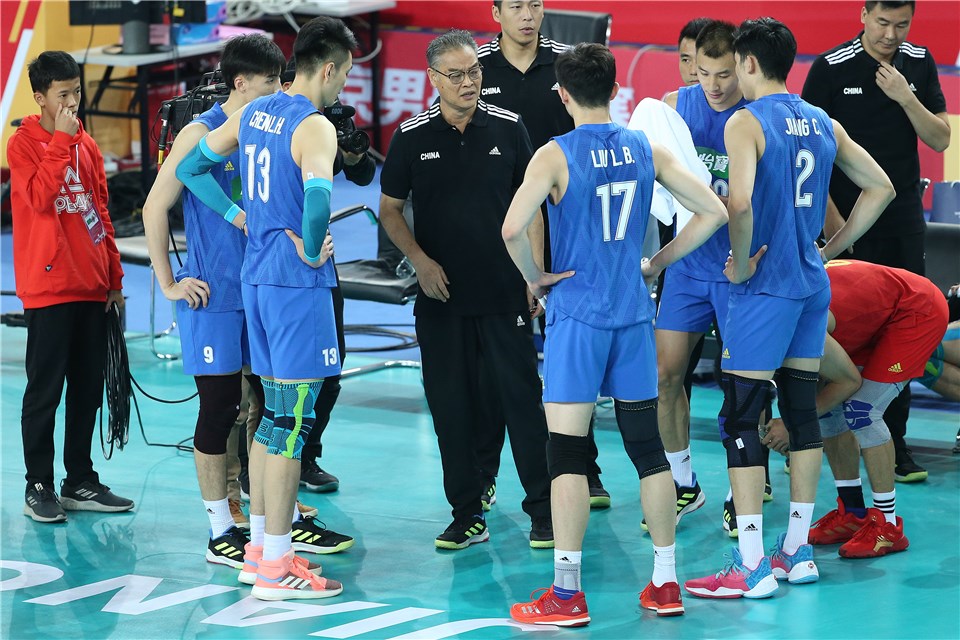 China captain Jiang Chuan: “Congratulations to Iran for their successful qualification to Tokyo Olympic Games. Today they taught us an impressive lesson. Their offensive and defensive techniques are well worth learning. Today we had some problems in dealing with mentality pressure. At the beginning, we were somehow overcautious, failing to make our fullest performance. I think we need more intensive tournaments to harden ourselves mentally and physically.”

Iran head coach Serbian Igor Kolakovic: “First of all, I’d like to say we are so happy because we are going to the Olympic Games. We’ve been training and playing under great pressure for a long time because everybody in Iran expected us to qualify. I didn’t say too much about our problems such as the injury players are suffering but in the end I am so happy because I sit on the bench of this team. They played very well to show that we deserve to compete in the Olympics on behalf of Asian volleyball.” 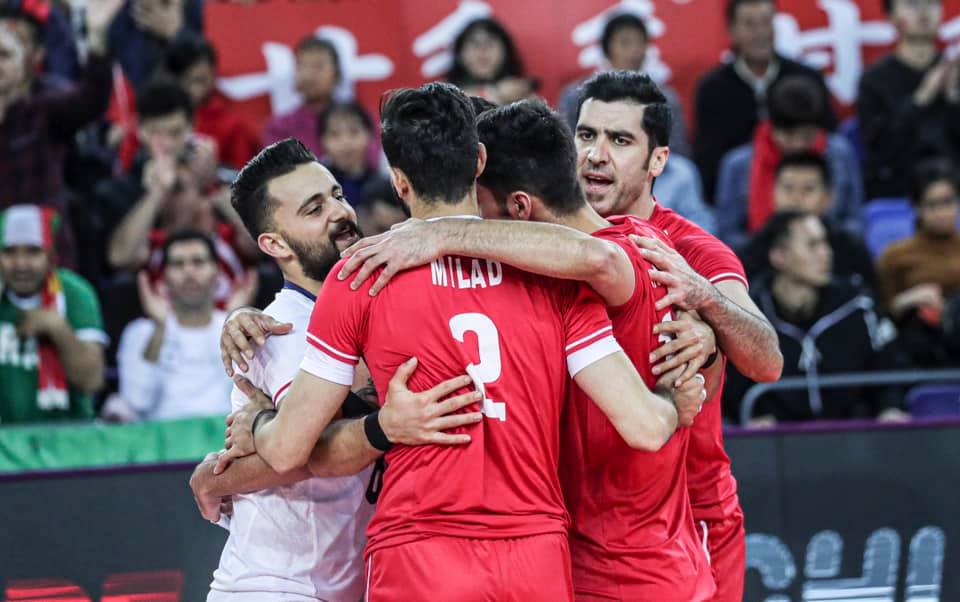 Iran captain Mir Saeid Marouflankrani: “We prepared well enough for this match and both sides know each other very well. Today our service and block were incredible, and it was one of our best games in the past few years. Chinese team had some problems with their reception, so we were so lucky and happy to win in three sets.” 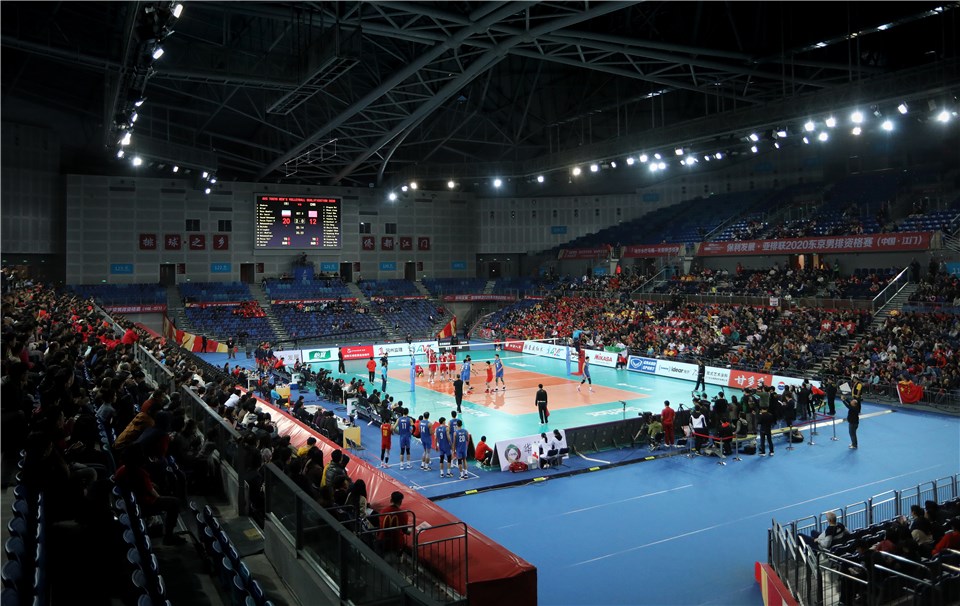 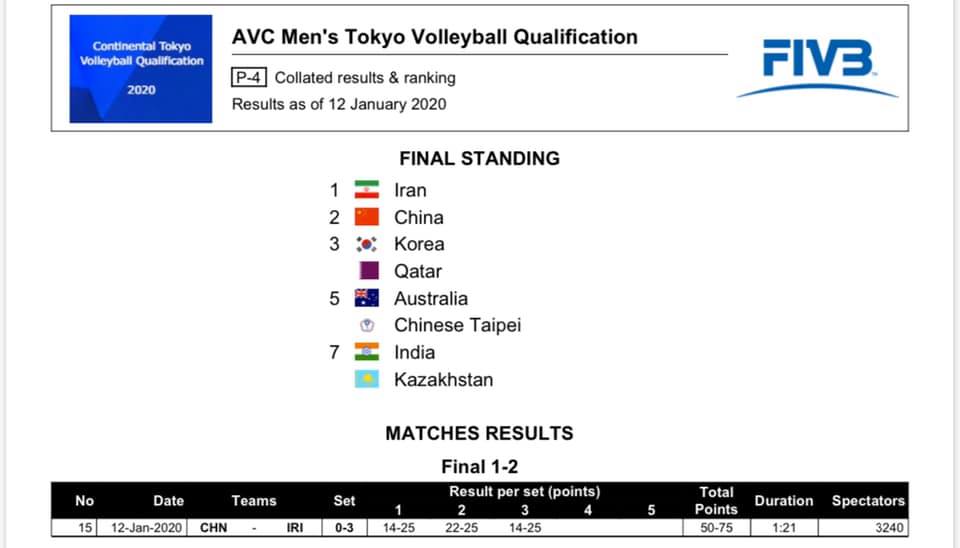 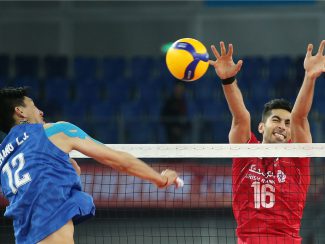 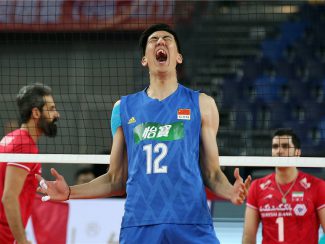 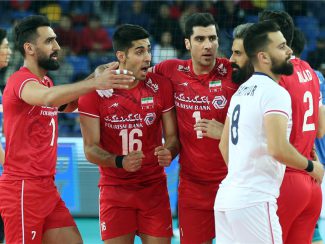 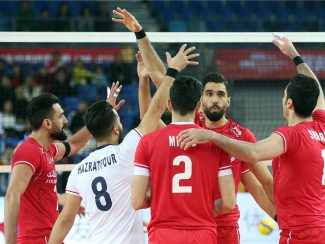 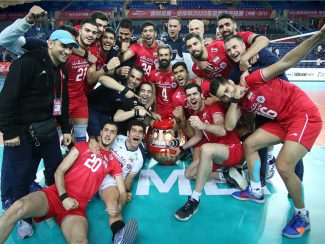 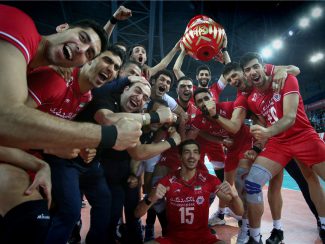 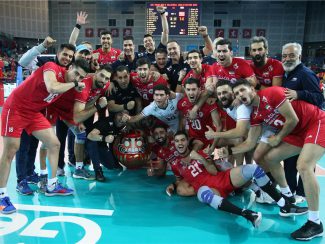 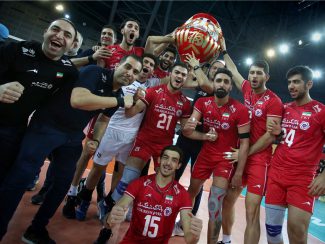 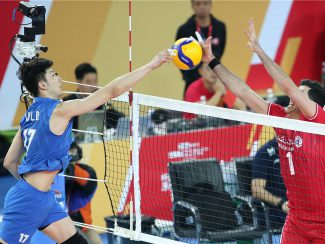 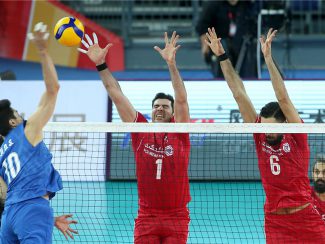 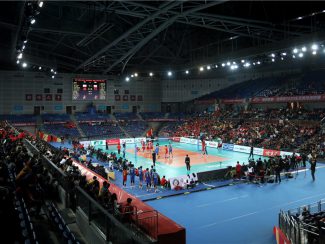 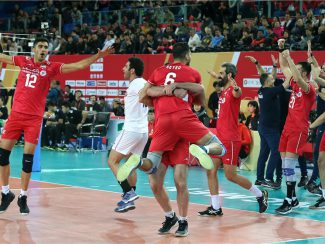 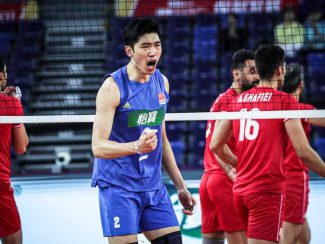 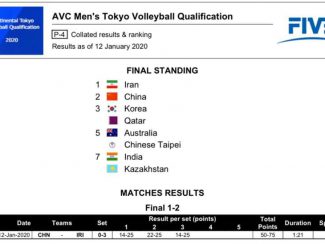