A year ago, this week, the FIVB Beach Volleyball World Tour was staging an event in Iran where host country favourites Alireza Aghajani and Javad Firouzpourbandpei won the Qeshm Island Cup.

Seeded 12th in the competition and playing in only their second World Tour event together after placing second earlier in the 2019-2020 season at an Iranian stop in Bandar Torkaman, they posted upset wins over country rivals in the medal rounds to secure the title with a pair of match wins in 34 minutes each on January 10.

With four of their six Qeshm Island wins over higher-seeded teams, Aghajani and Firouzpourbandpei defeated second-seeded Abolhamed Mirzaali/Rahman Raoufi 2-0 (21-11, 25-23) in the semifinals before clinching the gold medal with a 2-0 (21-17, 21-15) victory over top-seeded Bahman Salemi/Arash Vakili.

At the early October event in Bandar Torkaman, Aghajani and Firouzpourbandpei had posted a 2-1 (21-18, 14-21, 16-14) semifinal over Salemi and Vakili before losing the three-set finale to Nuttanon Inkiew and Sedtawat Padsawud of Thailand.

The other gold medal this week in FIVB beach volleyball history was claimed on January 16, 2000, in Argentina where another host country pair sent the fans home happy from the Mar del Plata venue as Mariano Baracetti and Jose Salema defeated South American rivals and top-seeded Ze Marco de Melo and Ricardo Santos of Brazil in the final.

The win was the first for the Argentinean team as Salema was winning his only World Tour event while Baracetti added six more FIVB gold medals to his chronicle with Martin Conde highlighted by the 2001 FIVB Beach Volleyball World Championship crown at the Austrian event in Klagenfurt. 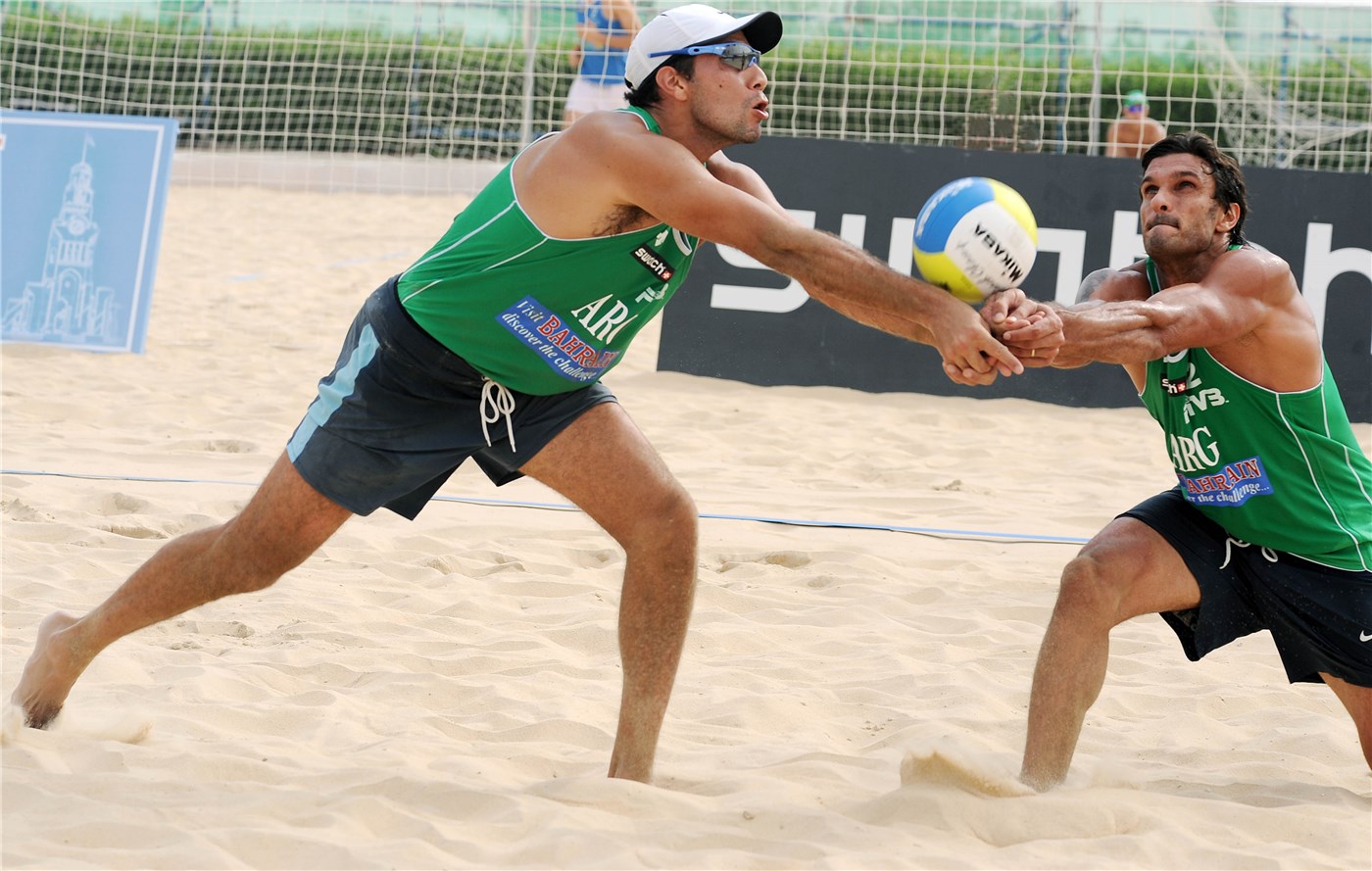 Prawerman, Binstock and Gallay are all two-time Olympians. Prawerman competed in the first two beach Summer Games in Atlanta and Sydney with a 13th in 1996 with Brigitte Lesage and a ninth in 2000 with Cecile Rigaux. 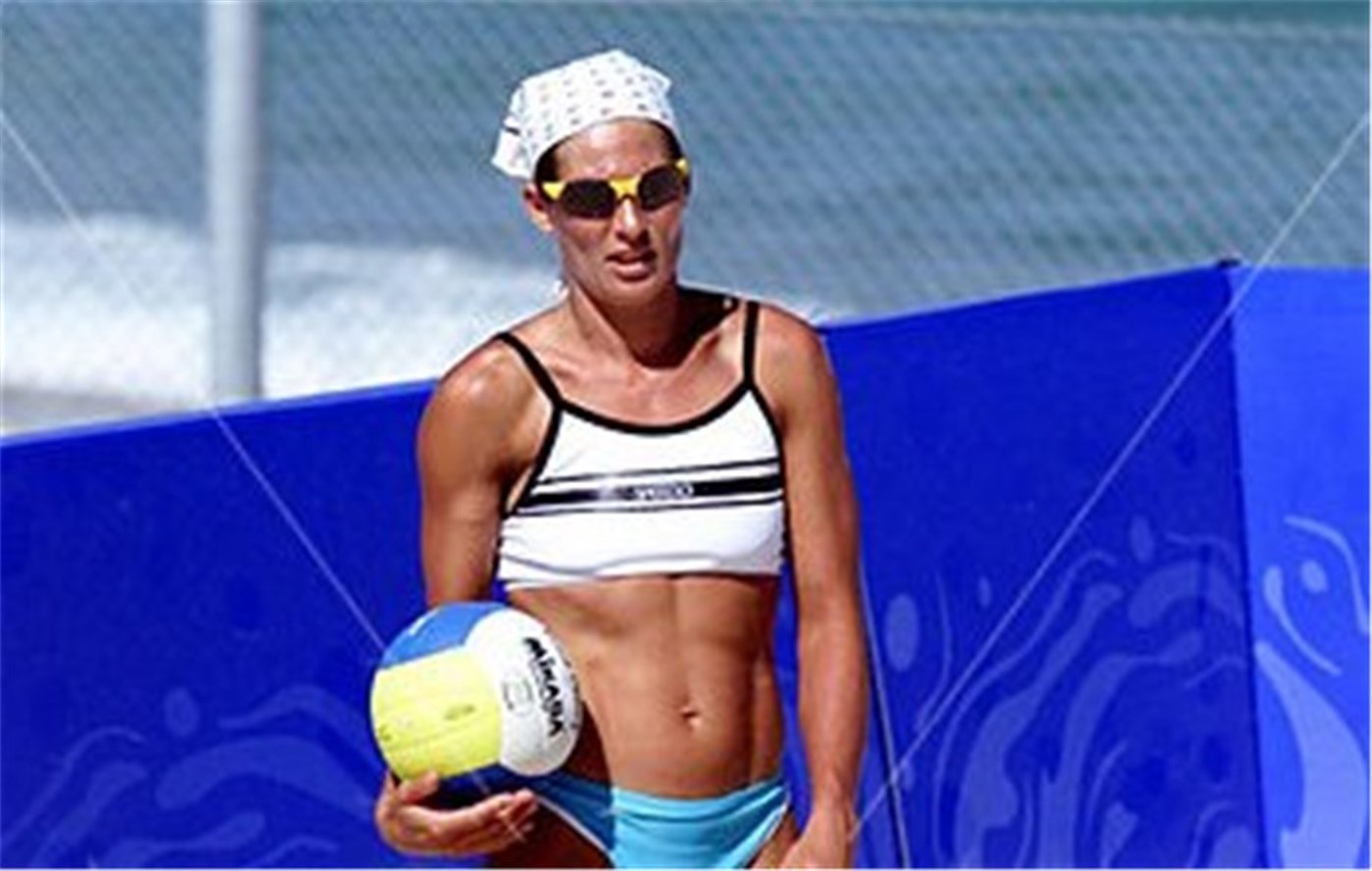 Binstock was 17th in London with Martin Reader and 19th in Rio win Sam Schachter as the pair captured an October 2014 World Tour gold medal together at Paraná, Argentina. Gallay was 19th at both the London (Virginia Zonta) and Rio (Georgina Klug) Summer Games. Gallay and Klug are the only women’s team from Argentina to medal on the FIVB World Tour. 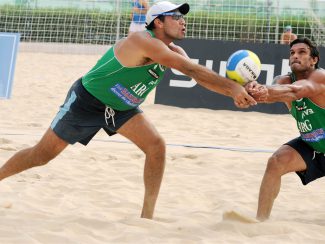