IWASAKA READY TO LEAD JAPAN STEP UP IN VNL

Lausanne, Switzerland, May 23, 2019 – Japan captain Nana Iwasaka is under no illusion as to how big the challenge is for her team as they strive to reach their objective of reaching the 2019 FIVB Volleyball Nations League Finals.

Japan missed out on the 2018 Finals and also failed to reach the podium when they hosted the Japan 2018 FIVB Volleyball Women’s World Championship and finished fourth. 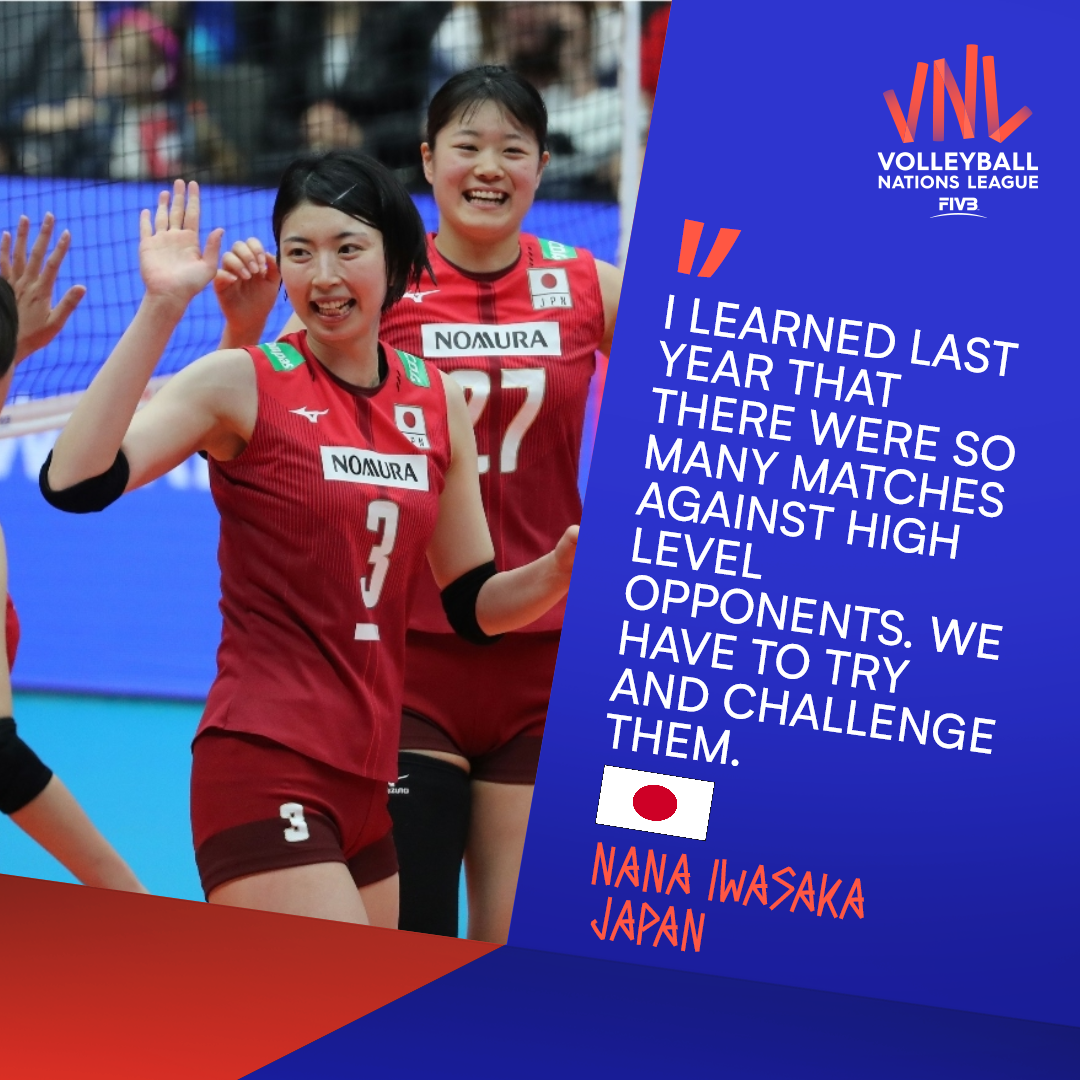 The 29-year-old middle blocker has been joined in the squad by a number of young players who have yet to make their national team debut. Yuri Yoshino, Mai Irisawa, Miyu Nakagawa and Nanami Seki are four new faces who will reinforce the team and build up their experience in the VNL.

“What I learned last year was that there were so many matches against high level opponents and they are tall, tough and strong and we have to try and challenge them,” Iwasaka said in the build-up to the tournament.

“But we still encountered problems by ourselves and so this year we will have to adjust to that. We also have new players this year and they have to settle in if we are going to challenge this year. The one goal this year is to reach the final round.”

Kumi Nakada’s team complete week one with a match against Belgium. In week two they take on Turkey, Russia and Germany in Ankara, and then travel to Hong Kong to face China, Italy and the Netherlands in week three.

In week four Japan host world champions Serbia, Brazil and Thailand in Tokyo. It will focus Japan’s players’ minds as it takes place just over a year before the start of the Tokyo 2020 Olympic Games where as host nation Japan will be expected to finish among the medals.

“Round four in Tokyo is very exciting because it is one year before the Olympic Games and so Japan is very focused on its volleyball at the moment,” Nakada said.