Nakhon Pathom, Thailand, June 6, 2022 – Defending and eight-time champions Japan overcame an impeccable task in their opening match against China to produce a hard-fought 3-0 (25-20, 27-25, 25-22) victory against the embattled rivals at the 14th Asian Women’s U18 Volleyball Championship at the Nakhon Pathom Sports Center on Monday. 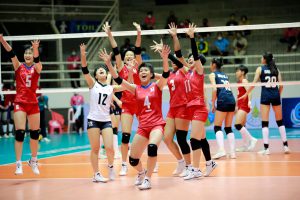 The first set was thrilling when both sides traded points through their exceptional tactics and combination attacks. Leading narrowly 11-10, the fired-up Japan went on their brilliance to beat the rivals 25-20. 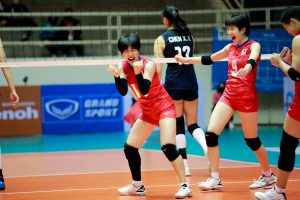 Japan, champions at the previous edition in Nakhon Pathom in 2018, put their acts together and counter-attacked well to win the next two sets 27-25, 25-22 against China, which finished second in 2018. 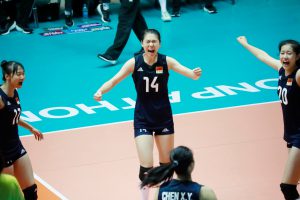 Sae Omori weighed in with a team-high 25 points for Japan, while Yindi Wang led China with 18 points including 17 kills.

“My players actually played very well beyond my expectation. I am so satisfied. They played very regular and stable up to the end and won the match. The future of Japan is very bright with them and this makes me so happy,” Japan’s head coach, Daichi Saegusa, said after the match. 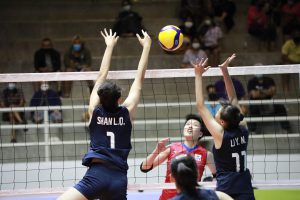 “Today was our first match and we did not play very well. We made too many mistakes that need to be studied and recovered. My players were very nervous in the first match,” China’s head coach Wen Ye commented.