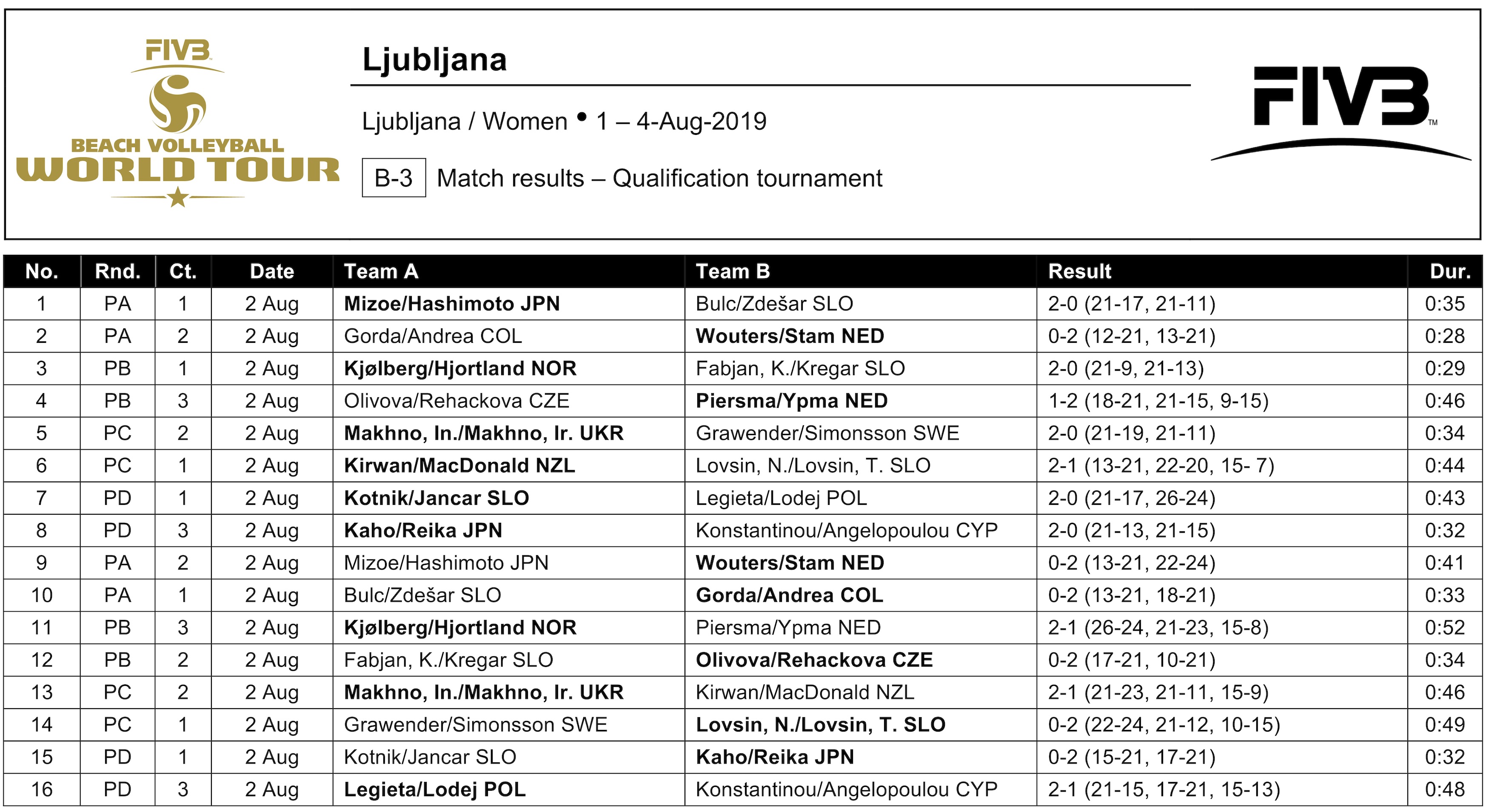 “I am so happy that we made it directly among top eight teams. As for Saturday, I hope for more wins, we even want to go all the way to the end and win the tournament. I am looking forward to playing on centre court,” said Sakaguchi on their big plans at Ljubljana.

Ukraine’s Inna and Iryna Makhno can call Ljubljana their second home, as they are competing for the fourth time in the Slovenian capital and have shown promising performances, including their current performance which earned them a spot in the quarterfinals.

“The first set of our second match was very hard because we lost it, but after that we got our focus back. We started to play better and finally we won. We are very happy,” the Ukrainian twin sisters said.

The Netherlands’ Julia Wouters and Katja Stam and Norway’s Victoria Faye Kjolberg and Ane Guro Tveit sealed Day 1 of the main draw with two wins apiece to get the ticket to the quarterfinals.

ALL FAVOURITES ON TRACK AT START OF ROAD TO TOKYO 2020 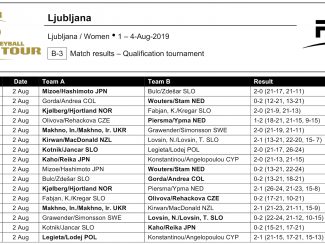 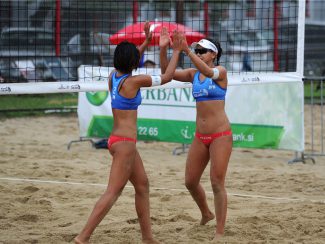