Jiangmen, China, January 3, 2022 – Determined Jiangsu put it past Shanghai 2-1 matches including a comfortable 3-0 win on Saturday to go up against defending champions Tianjin in the final showdown of the Chinese Women’s Volleyball Super League at Jiangmen Sports Centre Gymnasium. 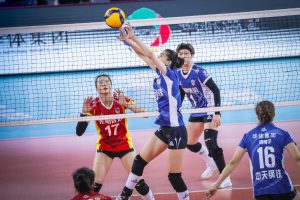 Contesting the best-of-three semifinals, Jiangsu pulled off a stunning 3-1 win against Shanghai in the first game on Thursday, but went down 2-3 to the tough rivals in the second game the following day, forcing the third game on Saturday to determine the eventual winners to secure a final berth against Li Yingying-led Tianjin, which powered past Liaoning 3-0 in both games in the semifinals. 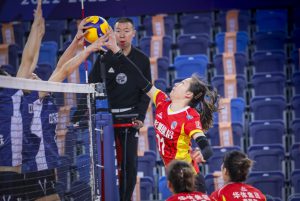 The third game of the semifinals between Jiangsu and Shanghai on the very first day of the New Year 2022, the former ousted the latter in comfortable straight sets 25-21, 25-12, 25-16 to eventually seal the 2-1 win against Shanghai and advance to the final against Tianjin. 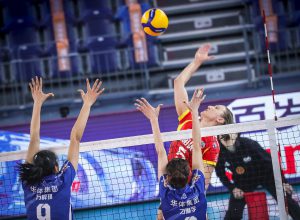 At the beginning of the first set on Saturday, the scores of both Jiangsu and Shanghai were very close. Wu Han and Wu Mengjie of Jiangsu made continuous contributions to help the team take the thrilling first set 25-21.

The second set saw Jiangsu strengthen their defense against key attackers. On the other hand, Shanghai failed to effectively limit the opponents’ attacks and Jiangsu won another set with ease 25-12.

Jiangsu still dominated the third set, with Diao Linyu in her excellent form. Shanghai responded well, but still found the well-organised opponents too strong to finally go down 16-25 in the set. Jiangsu captured the match 3-0 for the eventual 2-1 win against Shanghai in the semi-finals.

Following the bitter 1-2 loss to Jiangsu, Shanghai will face Liaoning in the best-of-three 3rd-4th place playoff.

January 2 was the rest day of the third stage of the league. The first game of the third-place playoff between Shanghai and Liaoning will start at 19:30 local time on January 3, and the second game will be played at 16:00 on January 4, followed by the first match of the gold-medal match at 19:30. 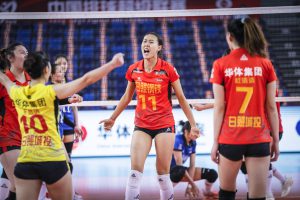 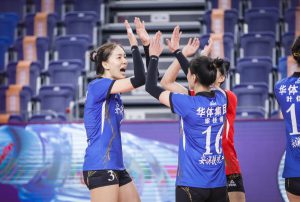 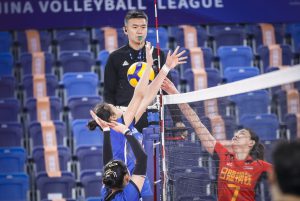 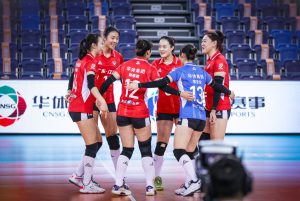 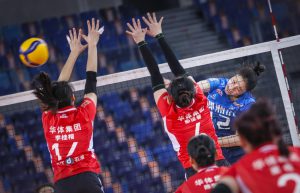 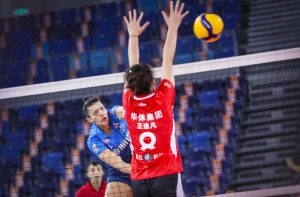