Lalitpur, Nepal, August 25, 2019 – Irresistible Kyrgyzstan brought the curtains down on the Asian Senior Men’s Central Zone Volleyball Championship Nepal 2019 with a bang after overpowering Uzbekistan in hard-fought three-setter 26-24 27-25 25-19 in the Saturday’s final showdown at Army PTASC Gymnasium to dominate the six-day, seven-team tournament. 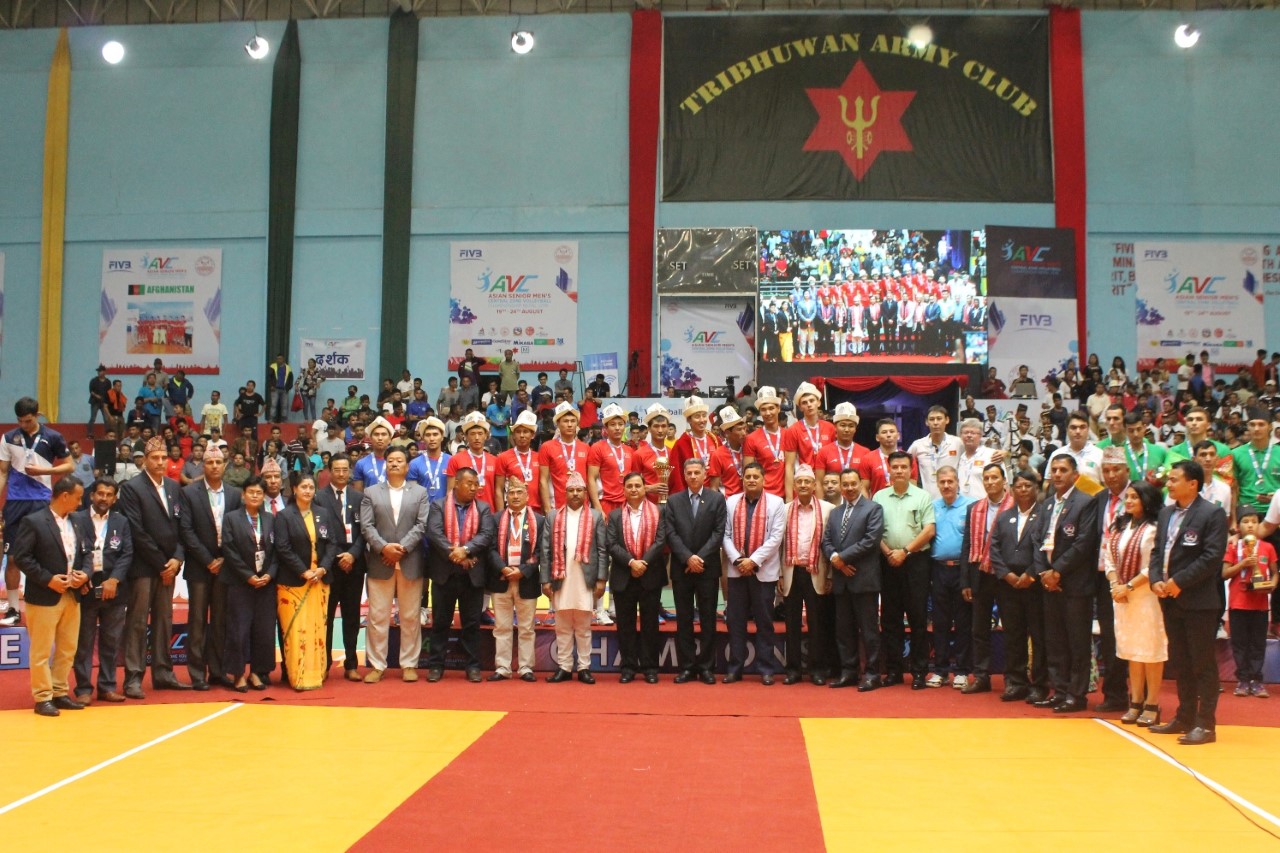 Kyrgyzstan had a remarkable undefeated record coming into the final, with convincing victories over hosts Nepal (3-0) and Maldives (3-0) in the pool round-robin preliminaries to capture the top spot in Pool A, while Uzbekistan also did likewise, defeating Bangladesh (3-0), Turkmenistan (3-0) and Afghanistan (3-0) to top Pool B. 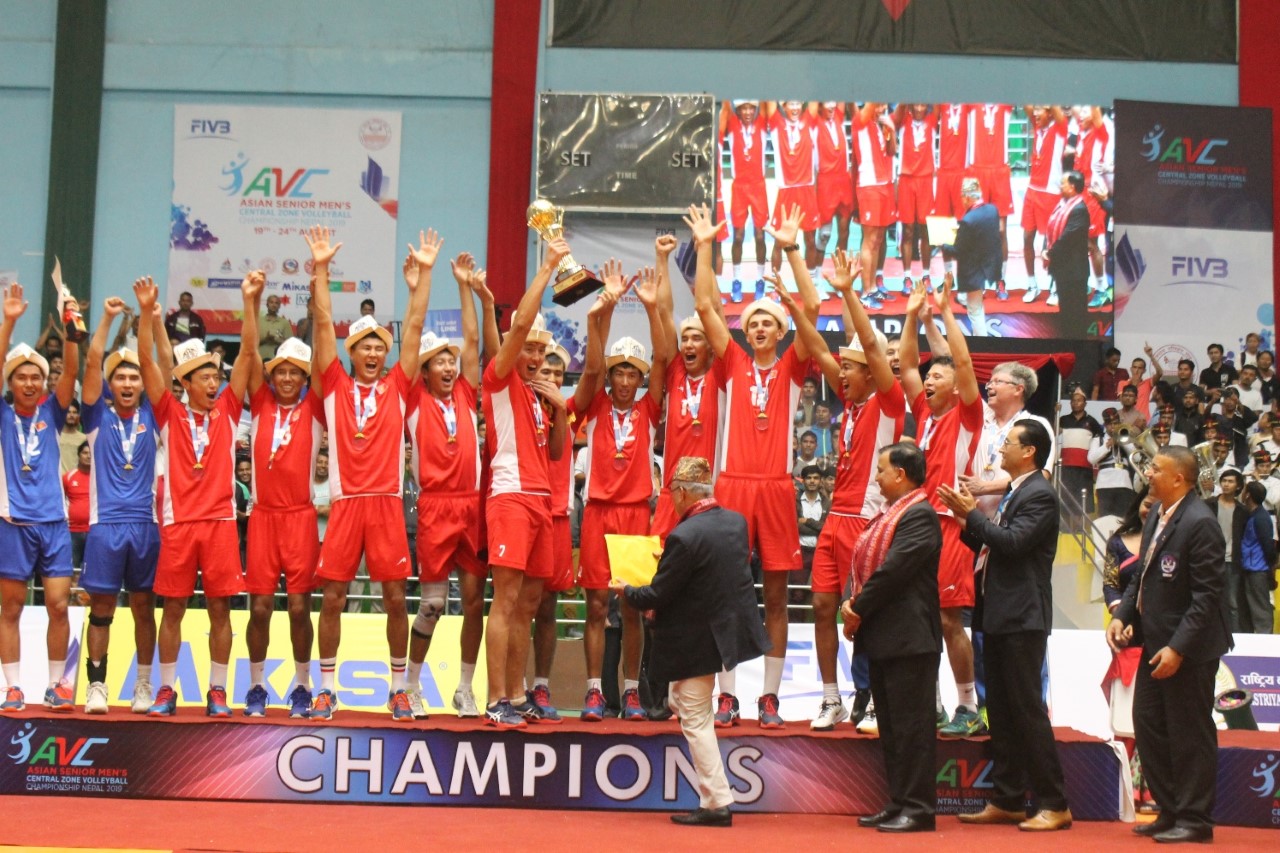 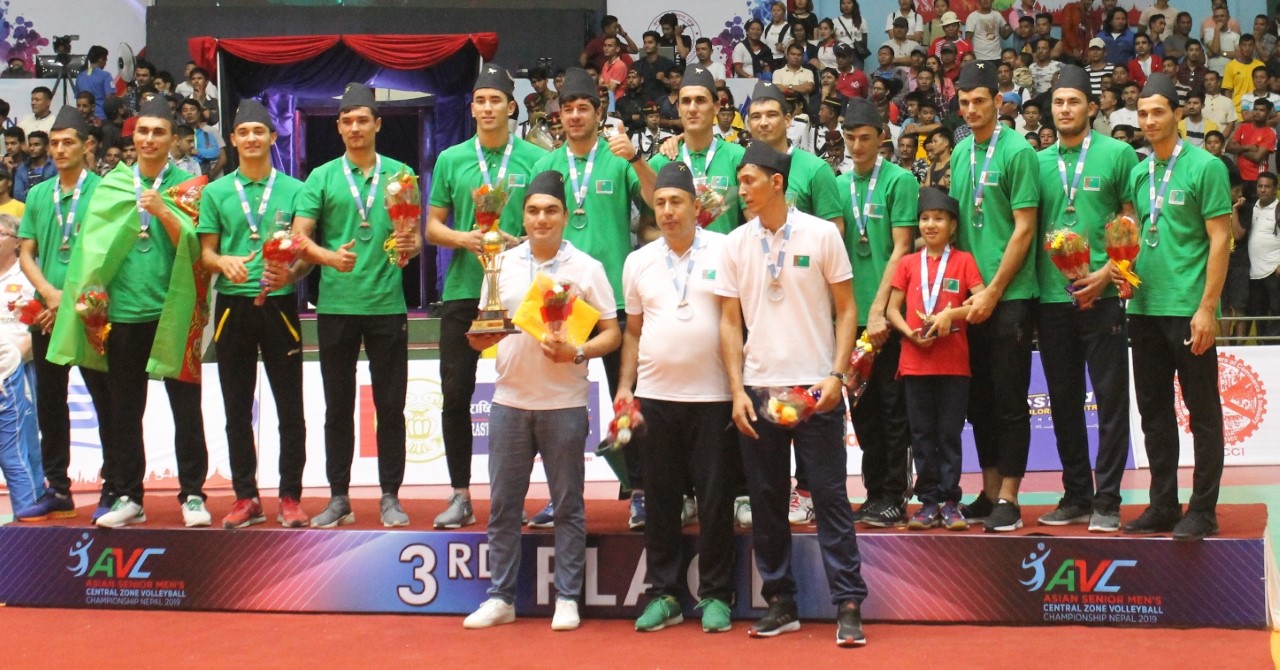 In the Thursday’s semi-finals, Kyrgyzstan continued their invincibility to stun reigning champions Turkmenistan 3-0, while Uzbekistan powered past Maldives 3-0. As a result, the final clash saw Kyrgyzstan challenge Uzbekistan on Saturday, while Maldives took on Turkmenistan in the third-place playoff match on Friday.

Against Turkmenistan in the bronze-medal match on Friday, Maldives found the title-holders a tough nut to crack to go down in straight sets 19-25 20-25 19-25, while in the 5th-6th playoff match on the same day, hosts Nepal salvaged their pride as they struggled hard to beat Afghanistan in hard-fought four-set thriller 25-23 23-25 25-18 26-24.

On Saturday, the final day of the competitive competition, Kyrgyzstan, which landed the 2017 title in Maldives, strutted their stuff against Uzbekistan in the clash of the two unbeaten teams. Kyrgyzstan survived a scare from Uzbekistan to beat the toughest rivals in hotly-contested three-setter 26-24 27-25 25-19 to capture the title.

Kanybek Uulu Onolbek chipped in with 17 points for Kyrgyzstan including 16 attacks, while Islomjon Sobirov topscored with 13 points for Uzbekistan. 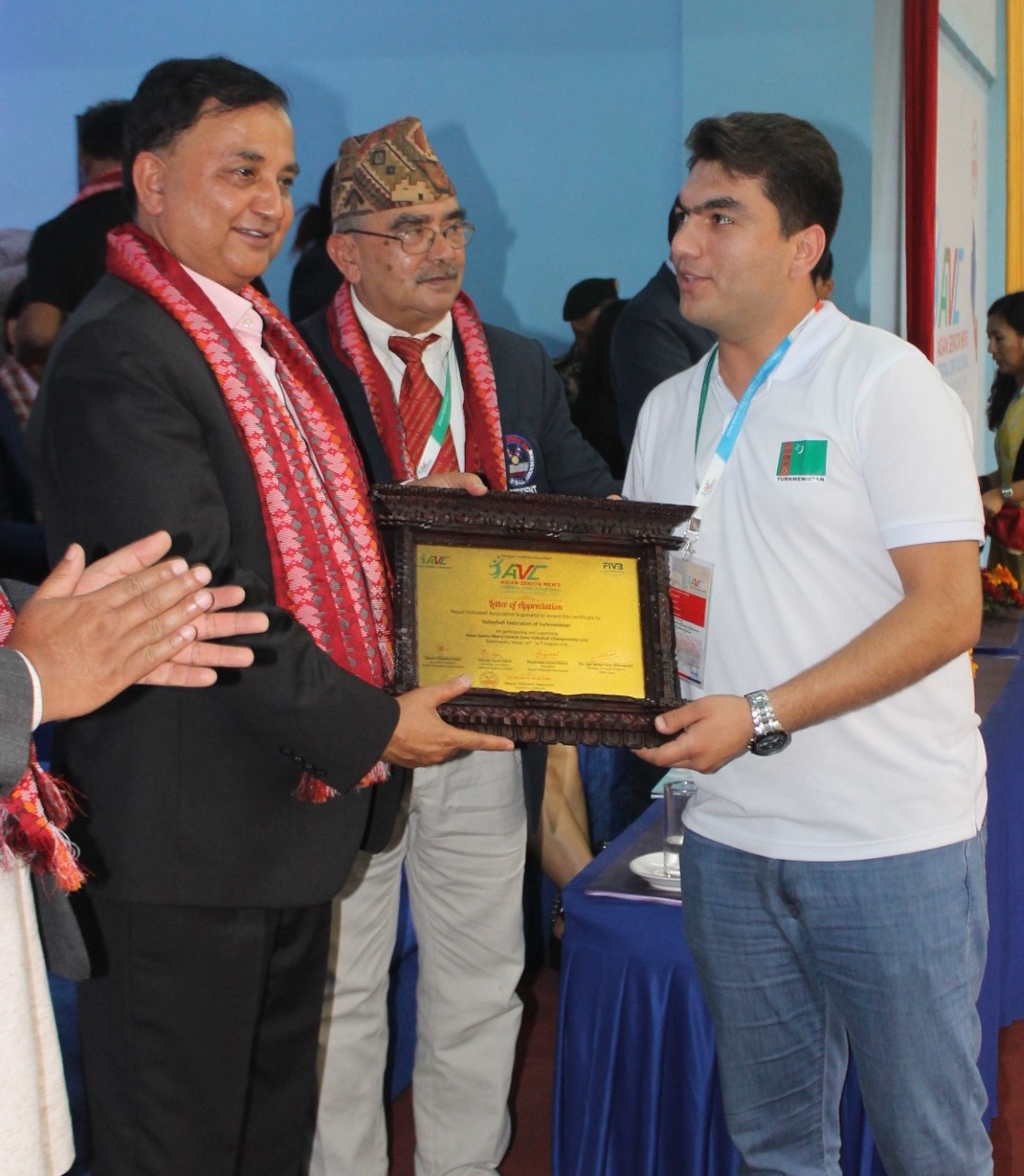 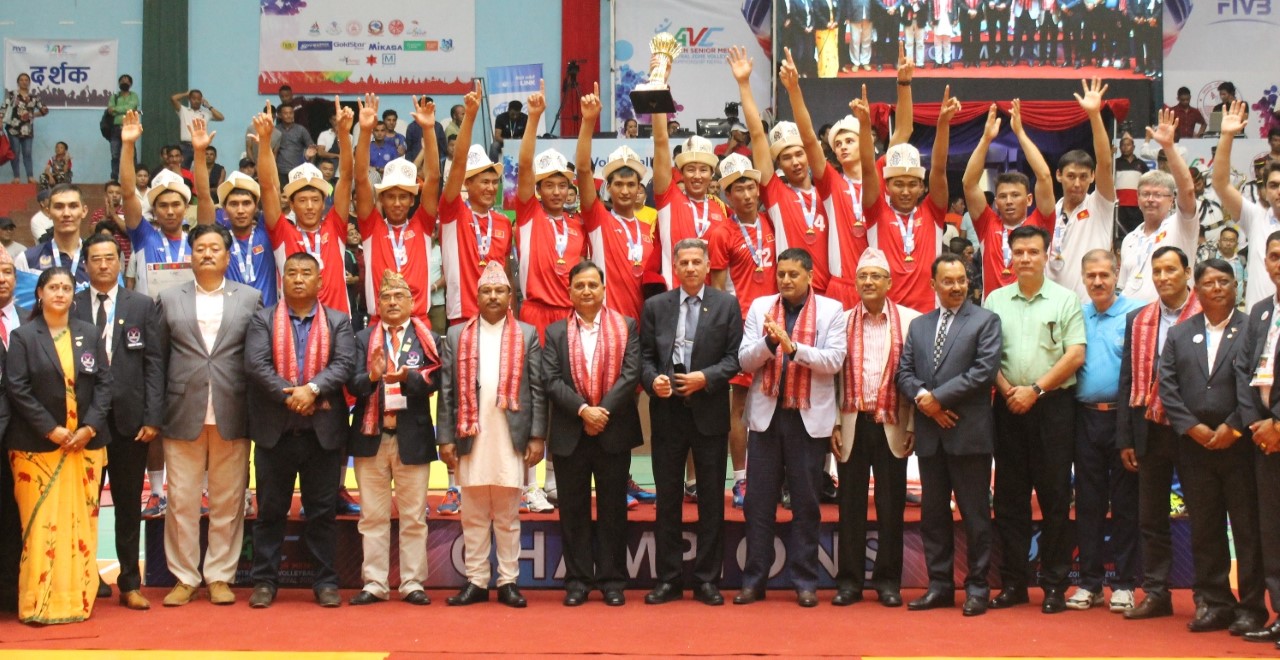 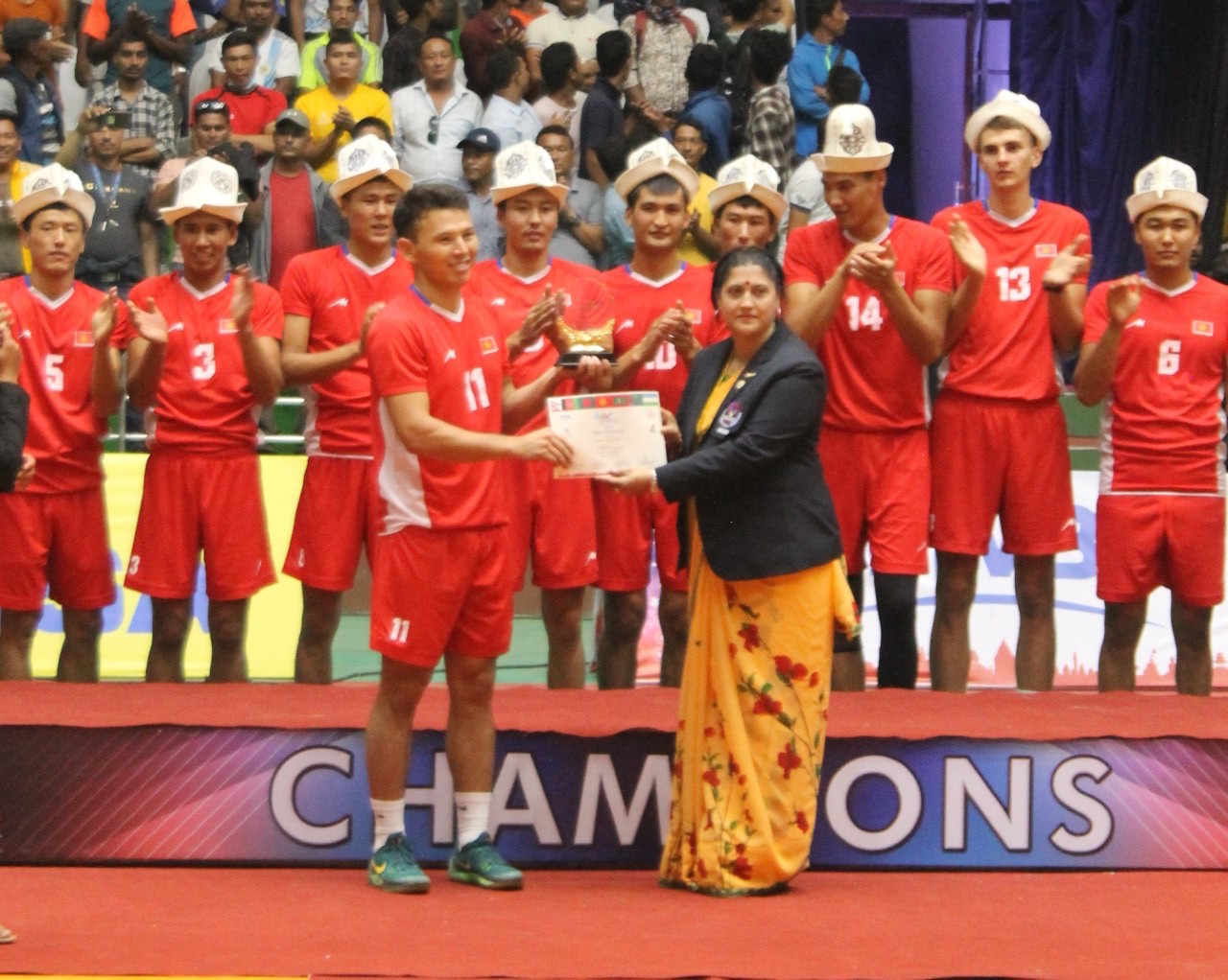 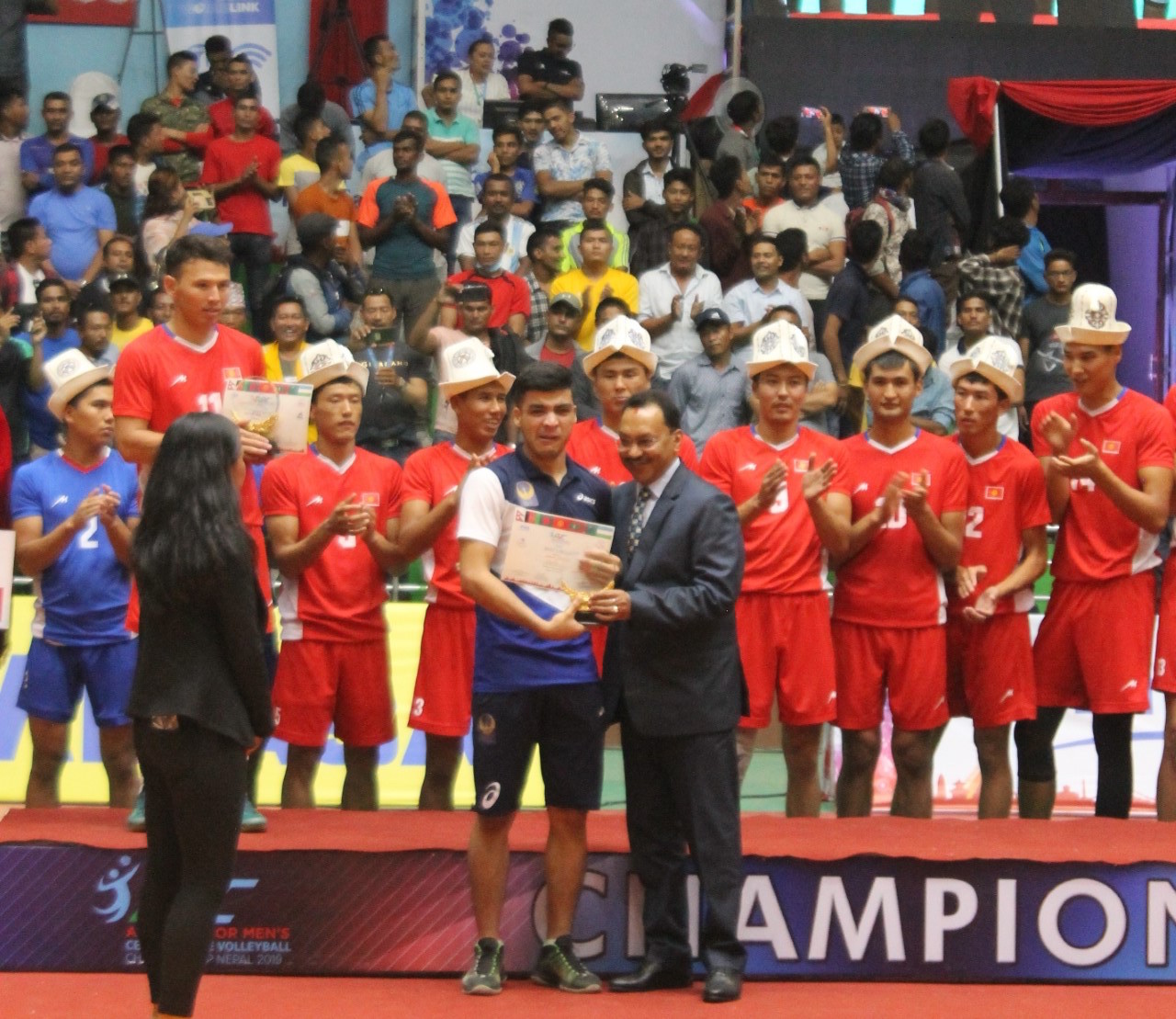 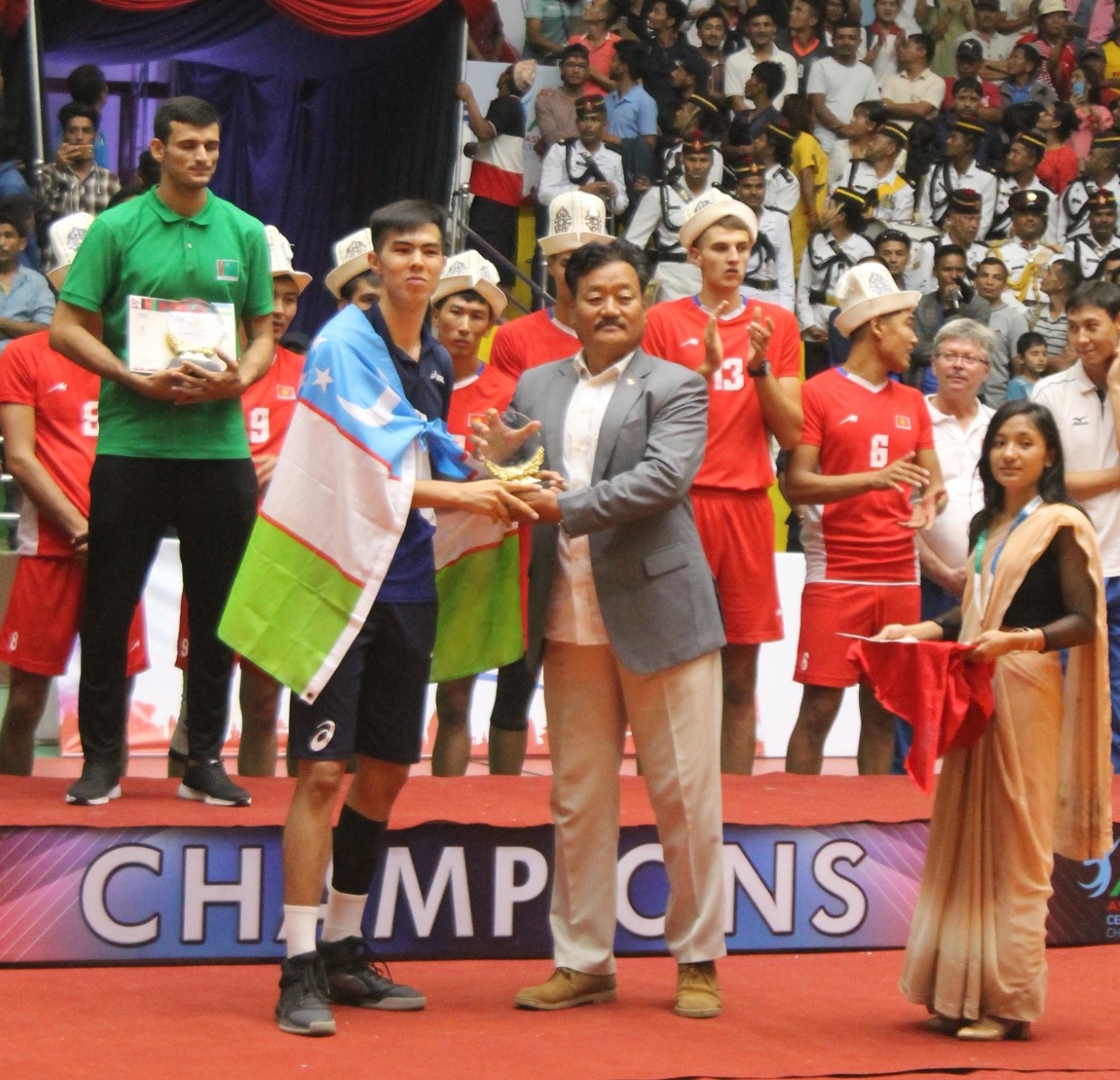 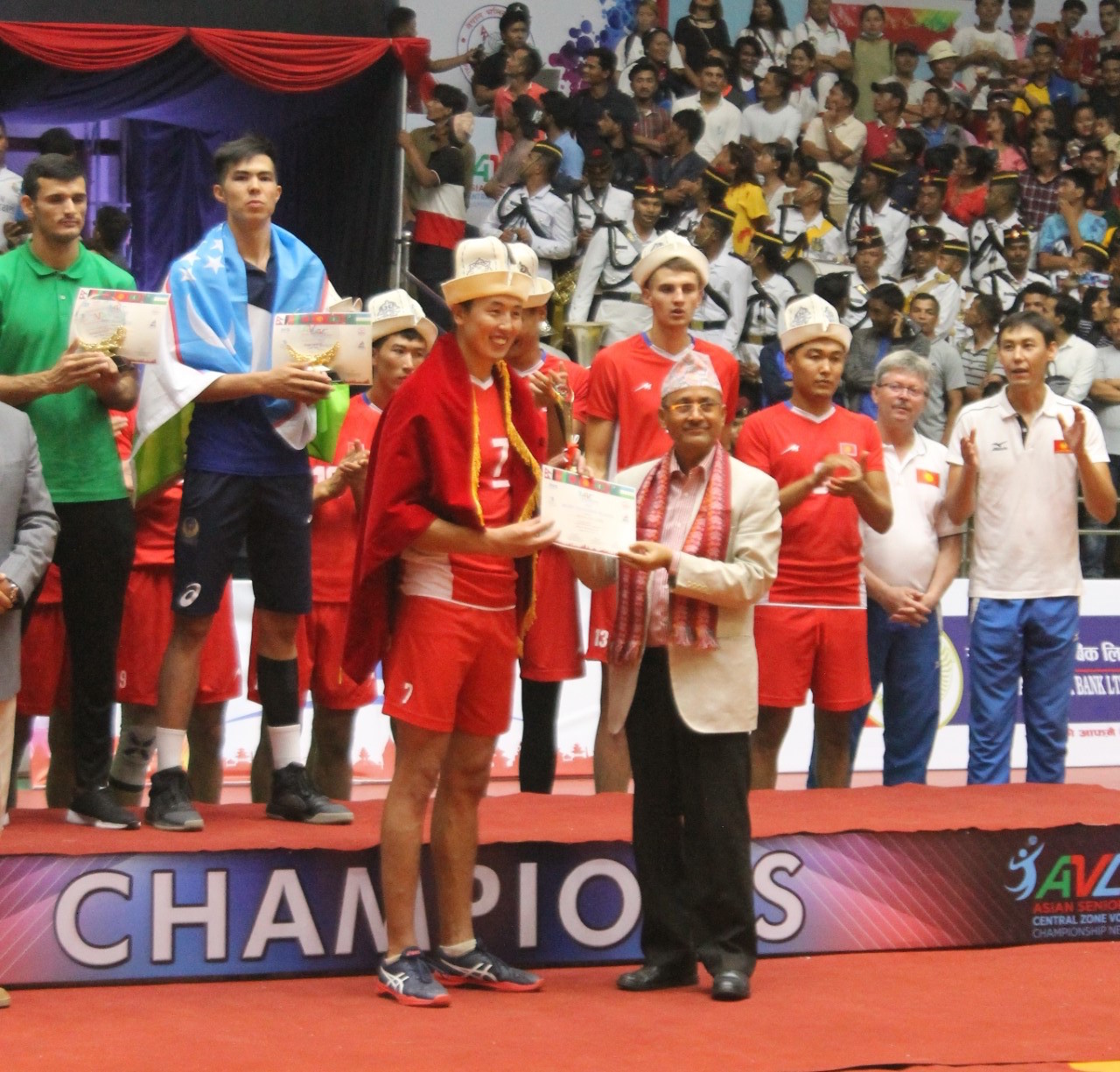 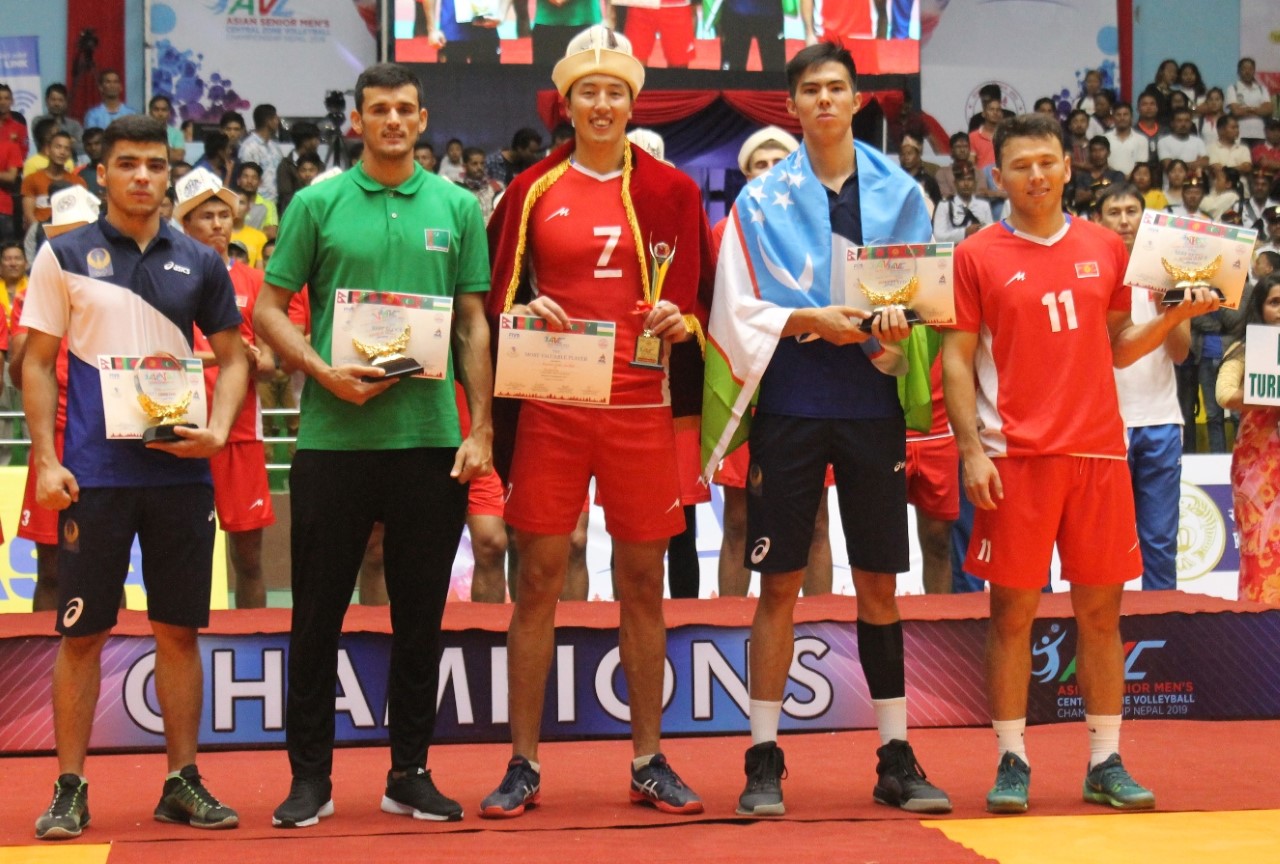