Jinjiang, China, May 22, 2019 – Australia’s Nicole Laird and Becchara Palmer began competing together at the beginning of the year and now find themselves preparing for the Hamburg 2019 FIVB Beach Volleyball World Championships.

It has been a sharp rise to the World Championships for Laird and Palmer. After competing in 63 FIVB World Tour events with eight different partners, Palmer stepped away from beach volleyball in 2017 and played a season of semi-professional Australian Rules Football. She returned to the sport this season in the new partnership with Laird.

“November last year, I was working full time and not playing volleyball and now we’re here. We went to the Asian champs and now we’ve qualified for world champs, so we’ve had a very, very steep reintroduction back into the sport for both of us, so it’s pretty cool,” said Palmer. 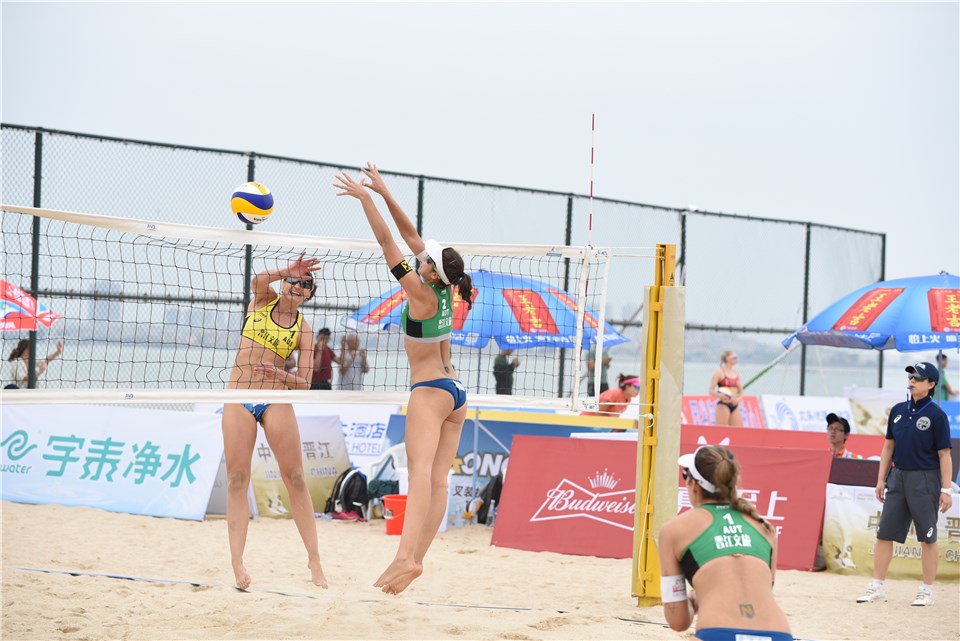 “I’m stoked, for me personally I’ve had a pretty slow couple of years coming out of the Rio Olympics. I’ve struggled to find my best volleyball and string together any kind of quality performance. A lot of me didn’t expect to qualify for the world champs so that alone is pretty exciting and I’m in a team that I have a lot of confidence in and I’m very excited about, so I think it’s going to be a great opportunity for us,” said Laird.

Laird and Palmer joined forces for the first time at the beginning of the year and won gold at the Sydney 3-Star. In their opening qualification match in Jinjiang they defeated Austria’s Nadine and Teresa Strauss, 2-1 (21-18, 18-21, 15-12).

“It always feels good to win, I think there was some really good stuff and some stuff that we want to work on and make better. That’s the beauty of the World Tour, there’s never really easy games, so that was definitely a grind and those guys are really solid. They serve really well so really happy to get the win,” said Palmer. 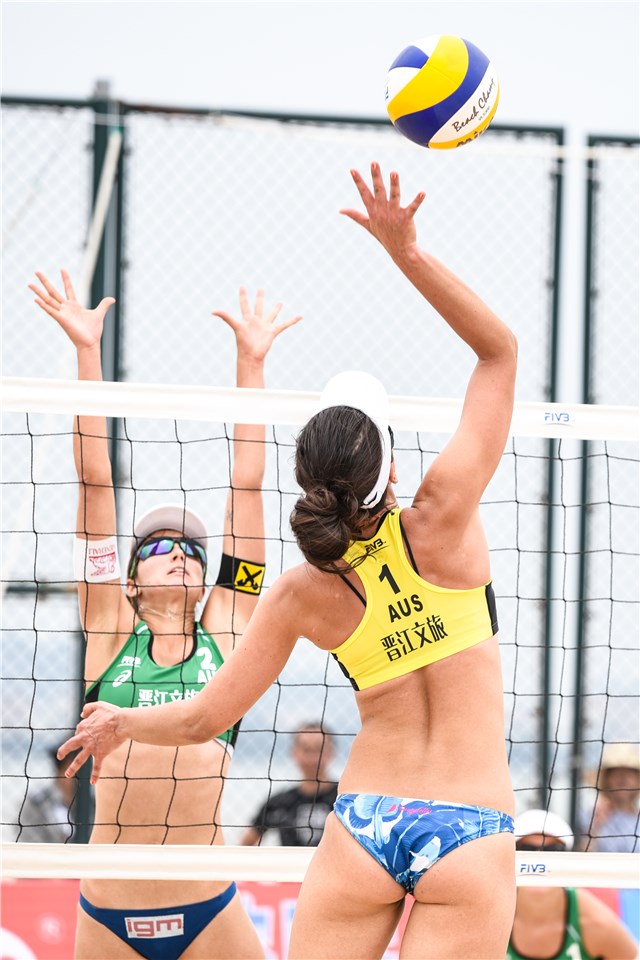 “For us as a team we’re very much in a quality building phase so I don’t think we’re quite ready to step into a 4-Star and say we want to end with a certain result. We’re trying to find our best quality as repeatable as possible,” said Laird.

“This is part of our world champs preparation then we head home for a couple of weeks and then we’ll play the Warsaw 4-Star event and then a national tour event in Switzerland the weekend before the world champs start. So we’ll spend a few weeks in Europe before going to Hamburg and we think there is enough competition there and we’ll get enough games to prepare ourselves for the world champs, so it’s really exciting,” said Palmer.

MOL AND SORUM OUT FOR TWO IN A ROW IN JINJIANG

HENDRIK MOL AND BERNTSEN GET AHEAD IN JINJIANG 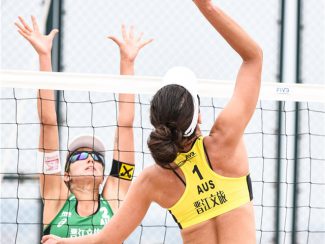 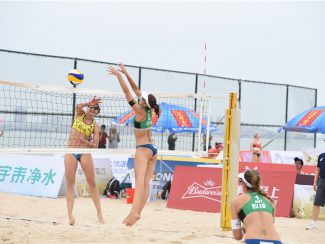 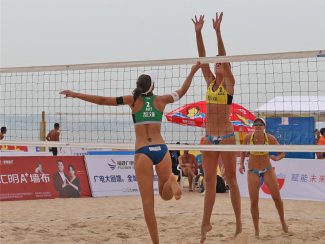