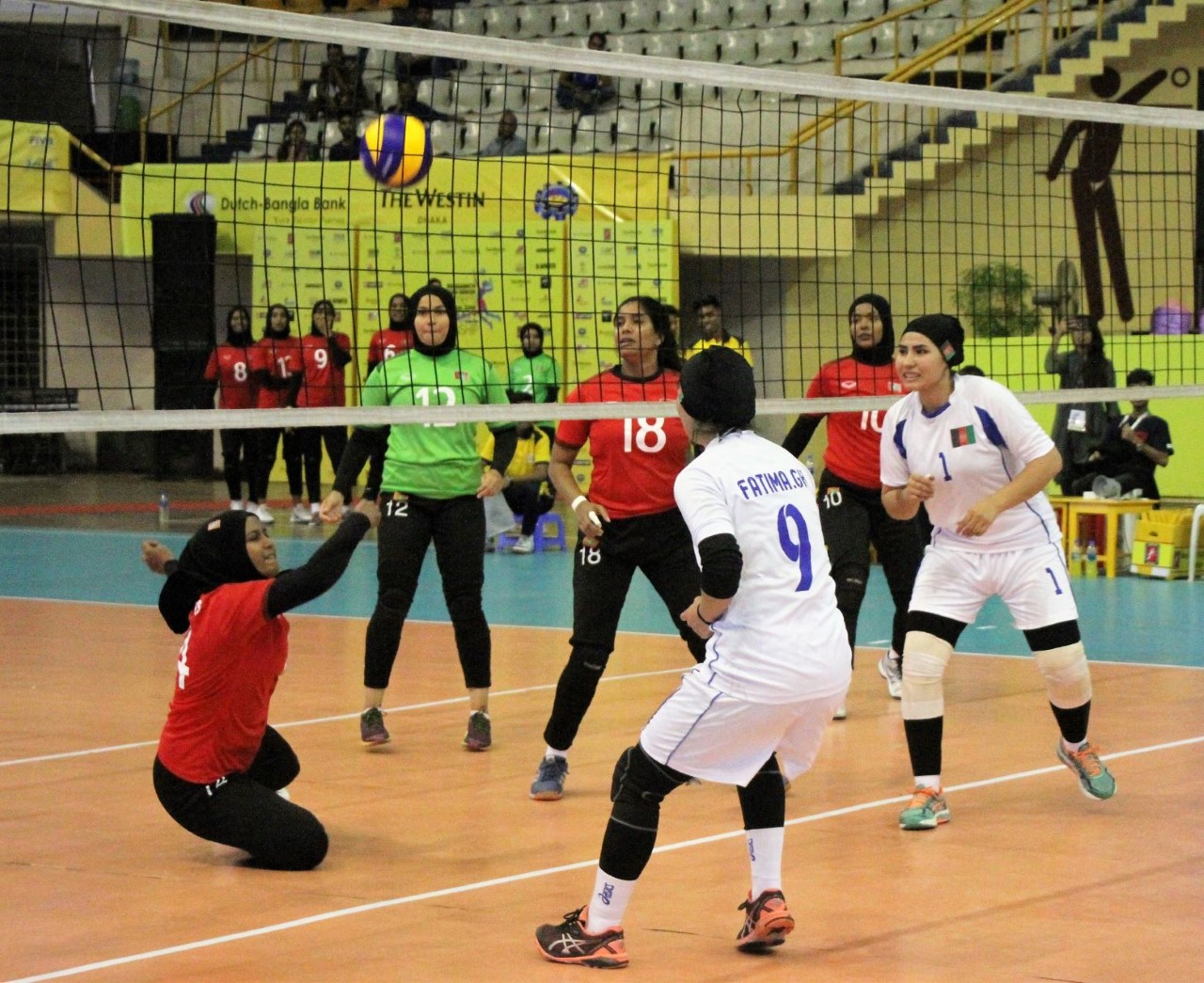 Maldives, which had already registered two victories in the single round-robin competition including a hard-fought 3-2 win against Kyrgyzstan in their opening match on Saturday, remained impressive with the similar line-up which earlier beat Kyrgyzstan and hosts Bangladesh including Hawwa Rashidha, Aminath Shaha Shamin and Hawwa Sakha. 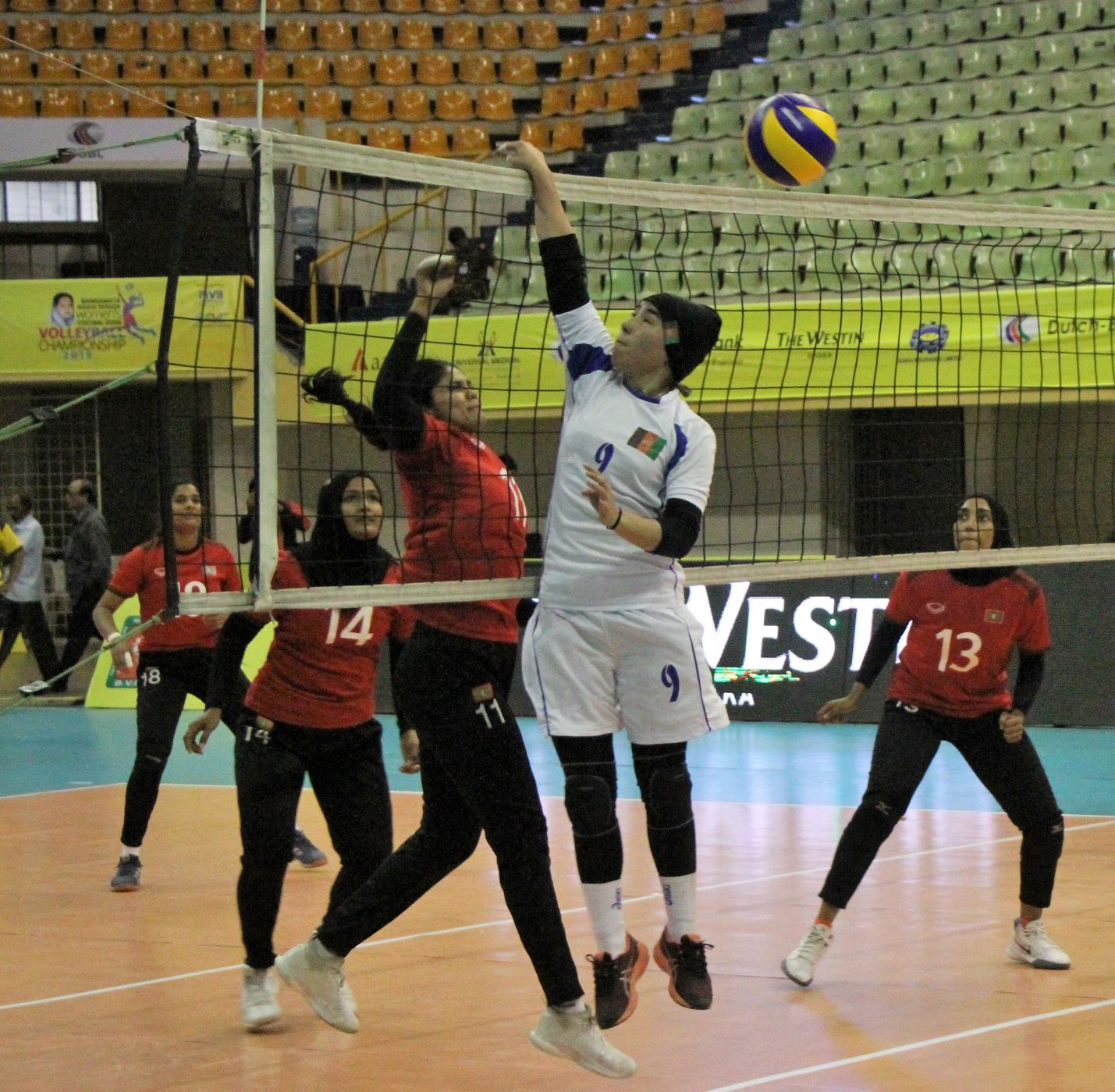 The first set became one-way traffic as the Maldivians started well and maintained that form to the end, as the Afghans were errors-strewn. Errors after errors cost them dear and there was simply no way back against a well-organised side as good as Maldives, which claimed the effortless set 25-6.

Maldives head coach Mohamed Faisal shuffled his line-up a lot in the second set as he rested Hawwa Rashidha, Aminath Riyasa and Fathimath Joozan Zareer and instead fielded Hamna Hussain, Aishath Imthinan and Mariyam Azuma. The Maldivians still faced no issues in shutting out the rivals 25-7 in the easy set. 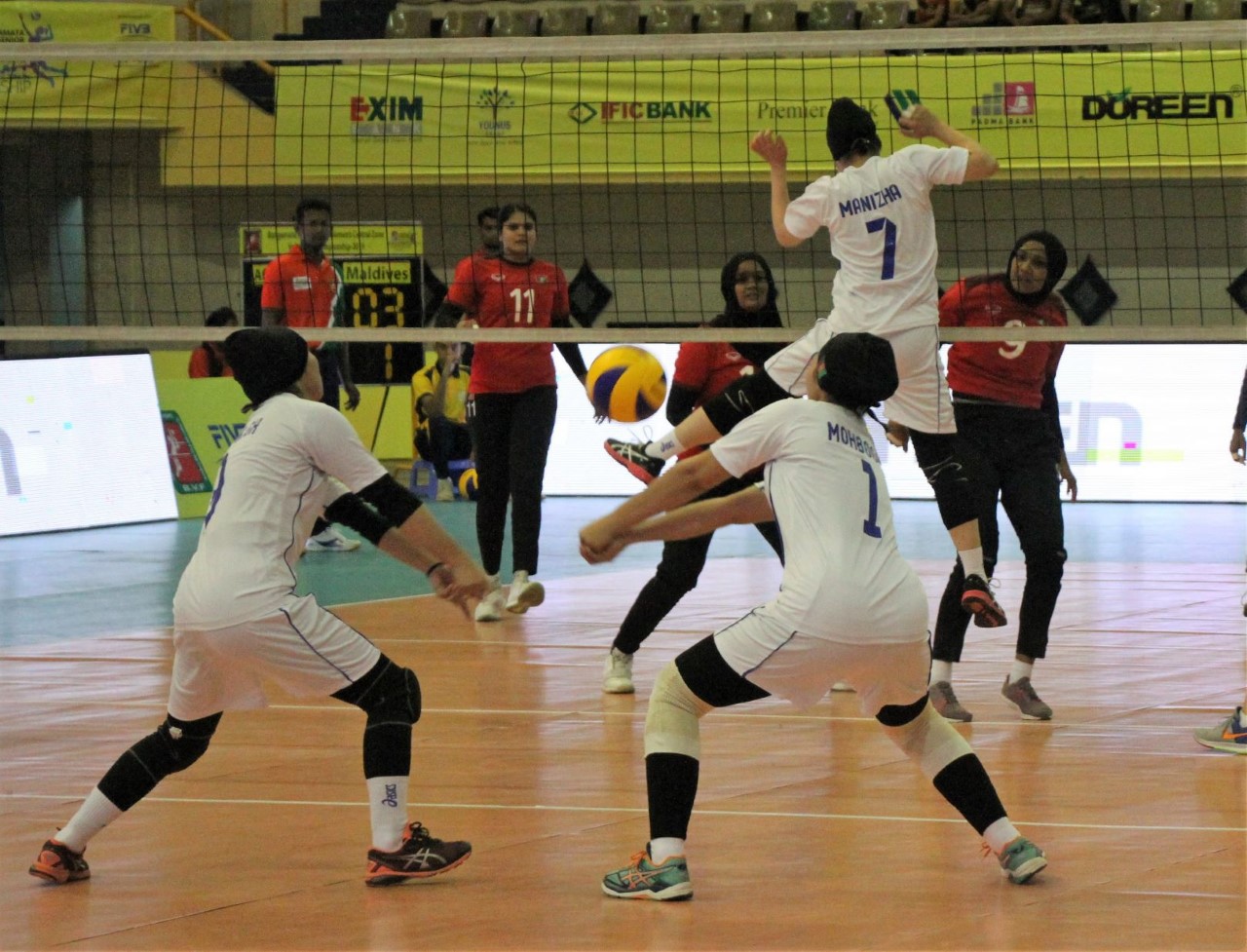 In the third set, Afghanistan tried to improve their tactics and form in order to tactically match the in-form Maldivians, but they still failed to make their mark in this set, going down 8-25 to the much stronger opponents. Maldives eventually cruised to a convincing 3-0 victory for consecutive three wins in the pool plays.

The second encounter on Monday saw Nepal put it past the determined Kyrgyzstan in thrilling three-setter 25-15 25-19 25-20. 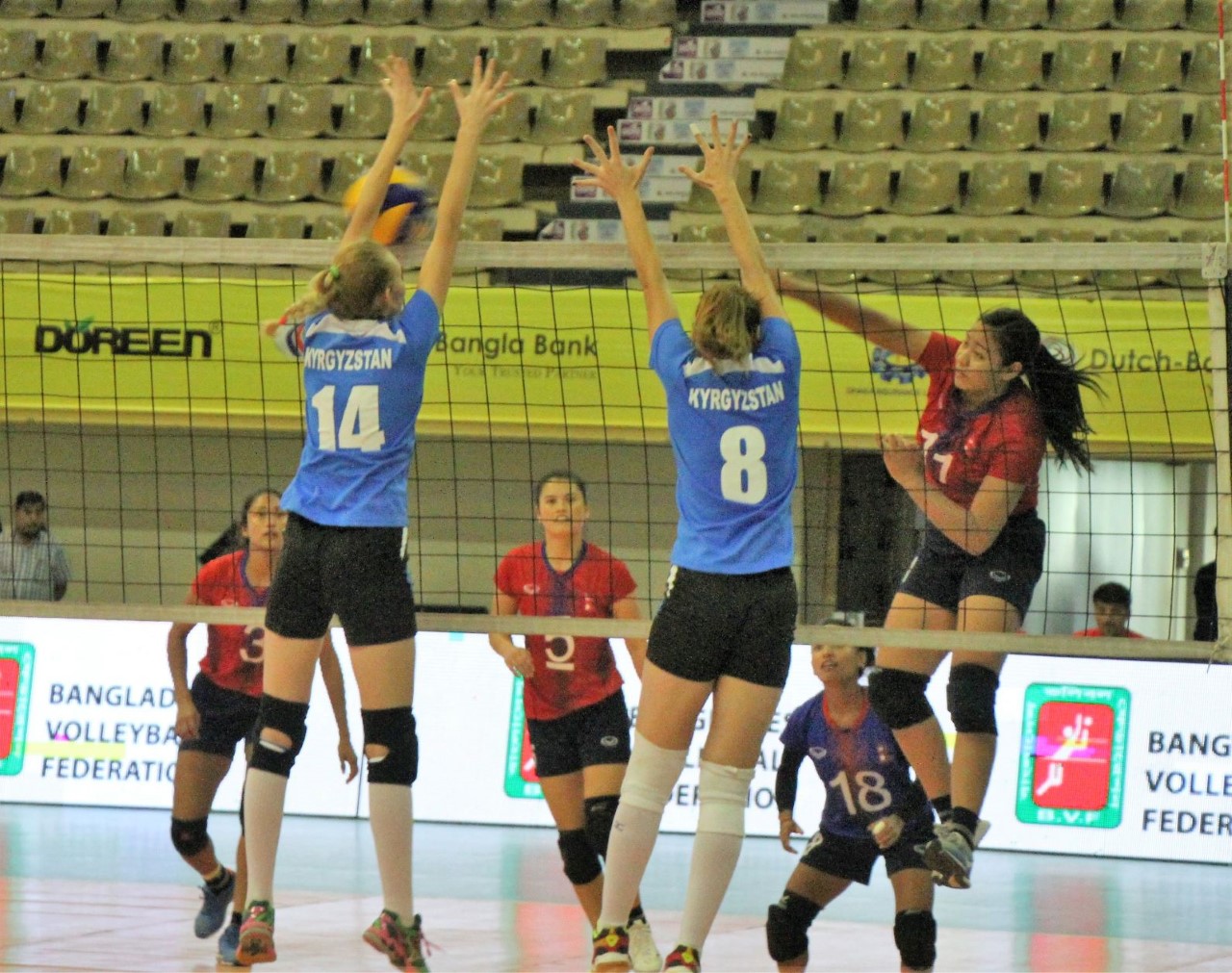 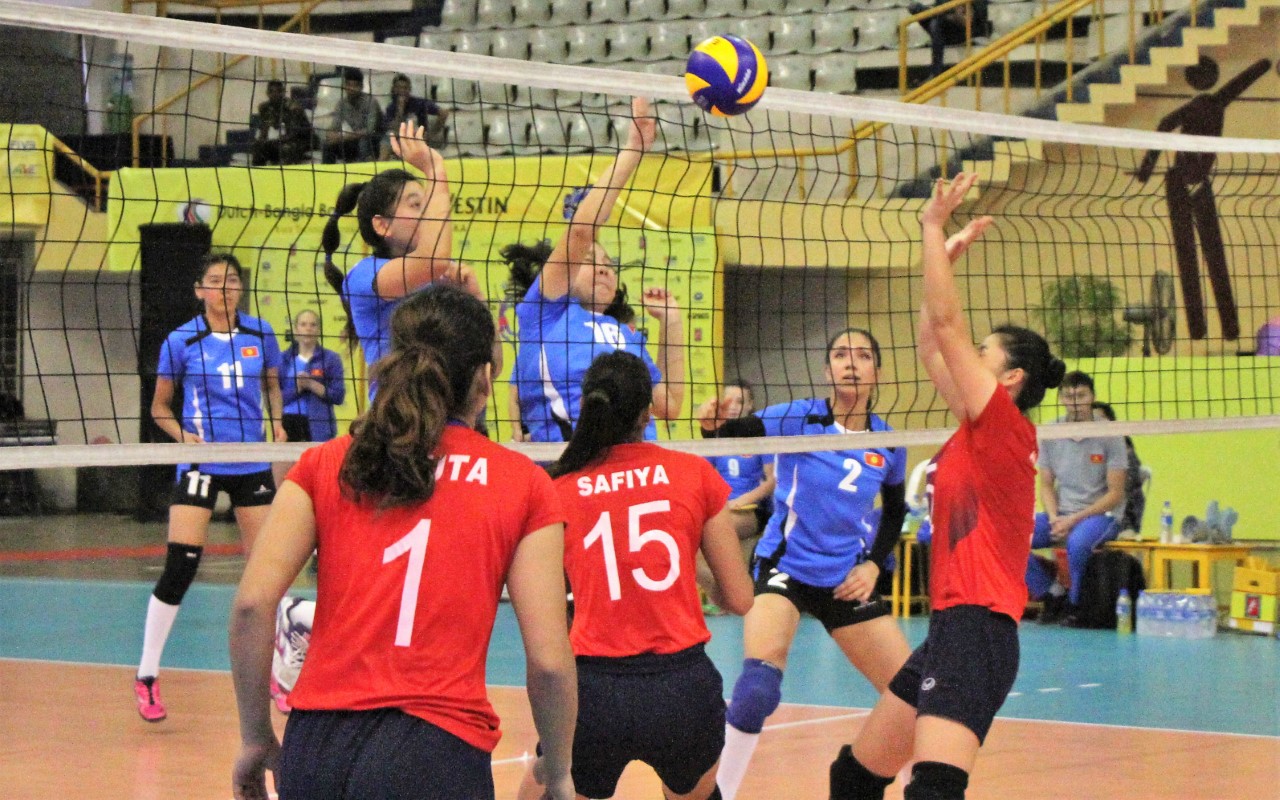 Maldives stayed atop the standing with 8 points from three straight wins, Nepal maintained their second spot with 6 points from two wins in a row. Hosts Bangladesh had a rest day on Monday and remained at the third position with 3 points from one win against one loss. Kyrgyzstan and Afghanistan came in fourth and fifth places respectively.

The pool plays continue on Tuesday, with Afghanistan going up against Kyrgyzstan and hosts Bangladesh challenging unbeaten Nepal. Maldives will have a rest day. 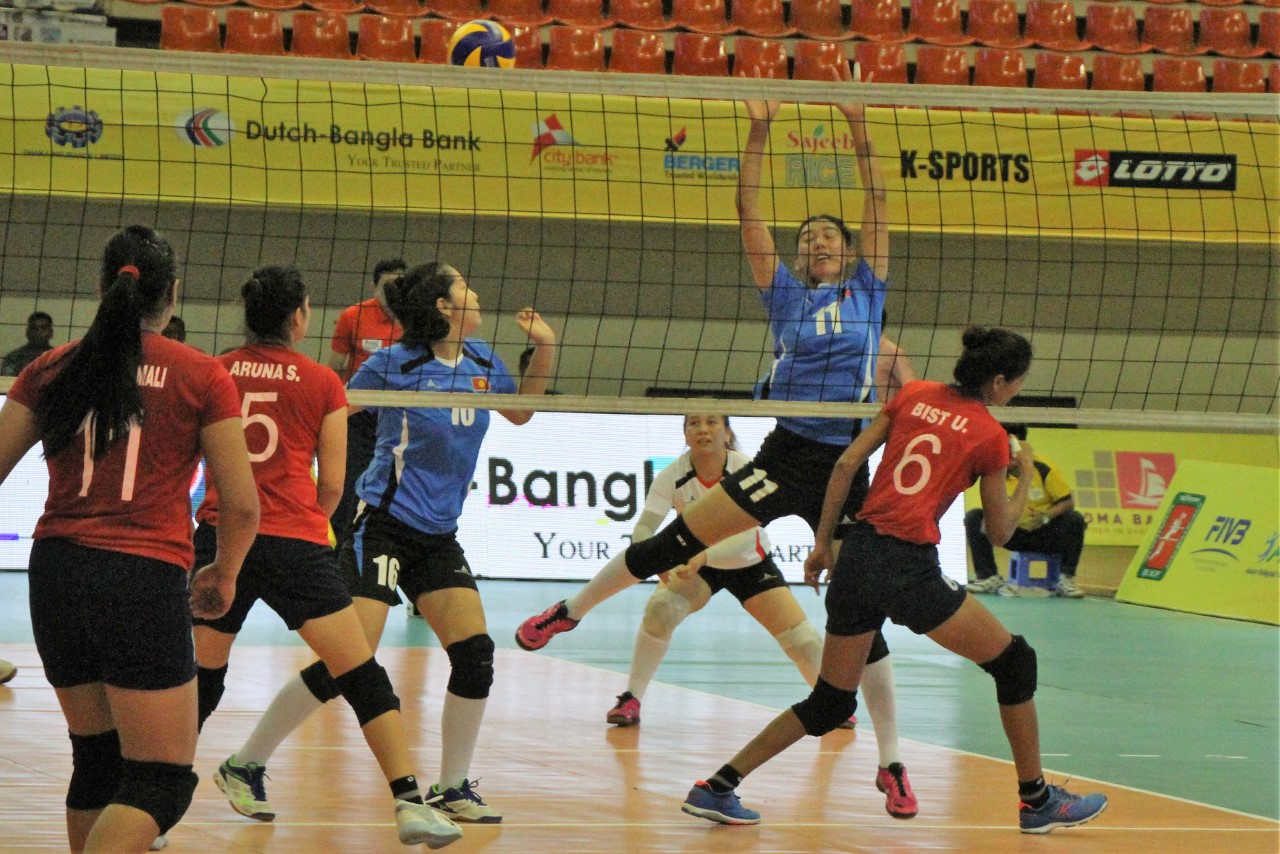 Being jointly organized by Asian Volleyball Confederation and Bangladesh Volleyball Federation (BVF) in the memory of Bangamata Begum Fazilatunnesa Mujib, the tournament attracted five teams – Nepal, Maldives, Afghanistan, Kyrgyzstan and hosts Bangladesh to contest the single round-robin competition. After the pool plays, only top two teams will advance to the cross semi-finals.