MOHAMMAD DAVARZANI: TO BUILD UP A COMPETITIVE SENIOR NATIONAL TEAM IT IS IMPORTANT TO START FROM THE JUNIOR LEVEL

Home / Slider / MOHAMMAD DAVARZANI: TO BUILD UP A COMPETITIVE SENIOR NATIONAL TEAM IT IS IMPORTANT TO START FROM THE JUNIOR LEVEL
By PreechachanIn
Slider Volleyball News

With the Iran men’s national volleyball team ranked among the top ten in the world as per the FIVB Senior Men’s World Ranking, the FIVB has taken time to talk to Iran Volleyball Federation President and FIVB Board of Administration member, Dr Mohammad Davarzani, to discuss the development and journey of the sport in Iran.

1.      Dr Davarzani, the Iran men’s national volleyball team is among the top ten in the world. Could you please tell us more about the development journey of the team from the beginning?

I have been the President of the Iran Volleyball Federation (IRIVF) since 2006 and have worked in various capacities in sport for the last 41 years. It is an honour and pleasure for me to bring my knowledge, experience and expertise to volleyball to develop and promote my beloved sport in Iran.

Back in 2006, the Iran men’s national team was ranked fifth in the Asian senior rankings with the team’s best result being silver medals at the 2002 Asian Games in Busan, South Korea. At that time, we were about 26-27 in the World Ranking behind such Asian countries as Japan, China and Korea. 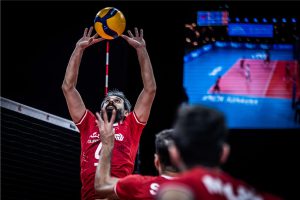 In my role as President, I started by setting four strategic goals to follow that included qualifying for the Olympic Games, winning gold medals at the Asian Championships as well as joining the World League and being one of the top teams in the world in the World Championships. To achieve these, we defined three four-year plans.

On the court, it took us six years of hard work and planning from 2006 to 2012 to be able to join the World League for the first time in history. The role of Julio Velasco, a renowned Argentinian volleyball coach, was essential on this journey to success. Not only did he help us gain a place in the World League, but he also improved the mentality of our players and helped us to become pioneers in Asia. Since then, we have continued to hire world-class and experienced volleyball coaches to join our team, including Kovac, Lozano, Kolakovic and Alekno.

I believe that 2012 was the turning year for volleyball in Iran as this is when our growth was boosted. Although we failed to qualify for the Olympic Games London 2012, we earnt a spot at the Rio 2016, our first Olympic volleyball appearance in 52 years! We were patient and moved forward gradually in our vision for volleyball in the country according to our strategic plan, and we succeeded. 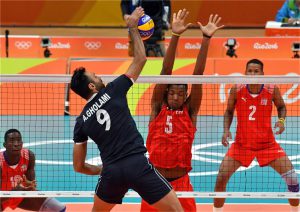 Off the court, we have also worked hard to improve on various fronts. Before 2006, all the budget for volleyball came from the government. Therefore, we focused on good content to be able to attract more sponsors and I am pleased that today we are not dependent on the state budget. And of course, with the national team getting stronger and winning some matches against world-class opponents and some of the top teams in the world – like Brazil, Poland, France and Russia – we increased the interest and expectations of our fans! Volleyball grew in Iran and our fanbase also increased.

And following this growth, many private organisations and stakeholders became interested in forming their volleyball clubs and participating in our local league. They can clearly see how many people are interested in volleyball in Iran and would like to watch the games. Most of the clubs currently have sponsorship deals with private organisations and the interest and quality of our league has also grown.

2.      Iran regularly hosts age group volleyball events. What is the rationale behind this? 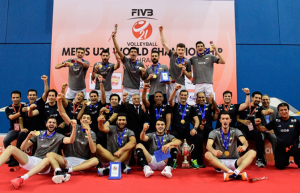 We worked on our process for finding talent for the benefit of our national teams, starting from the junior level and moving onto the senior competitions. We always look to the future. For example, while participating in one Olympic Games, we were already thinking about the new generation of players to prepare them for the next Olympic cycles. This was our strategy and it worked as many players in our senior national teams started their volleyball journey at the junior level. 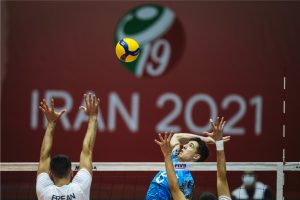 on this approach. Our National Federation is one of the pioneers in Iran in implementing this approach of always improving the players, coaches, referees and the processes in place.

This approach is also something that FIVB President Dr Ary S. Graça F° is actively promoting – we must have strong national teams and good content. The fans and sponsors will come when there is a good competitive team that wins medals. And I believe this is impossible without constantly working on the junior national teams.

3.      The FIVB is providing coaching support to the Iran women’s national volleyball team. How has the project been so far? Have you seen some improvements?

The Volleyball Empowerment programme introduced by the FIVB President in 2021 is great in supporting the development of national teams around the world with the involvement of international coaches. 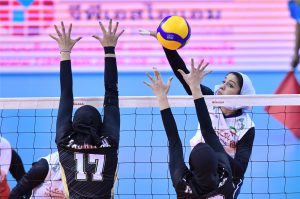 We previously tried to reduce the gap between the rankings of the men’s and women’s national teams. One of the most effective steps was to participate in the Asian events in all age categories, but the end results were not as effective as planned.

As part of the Volleyball Empowerment programme we are now benefitting from the 12-month coaching support to help accelerate the team’s development. Italian coach Alessandra Campedelli was selected with the goal to improve the team’s performance at an international level. And now for the first time in 48 years the Iran’s women’s national team is set to participate in the volleyball competition at the Hangzhou 2022 Asian Games later this year. This is all possible thanks to the support of the FIVB, the NOC of Iran and the Ministry of Sports of Iran that have supported the development of our women’s national team. 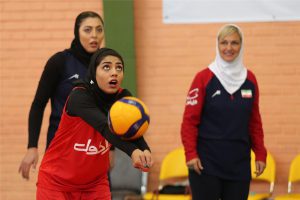 Of course, there is a journey ahead of us to raise the women’s team to the level of the men’s one, but I believe that the future is bright for them and with the proper planning and support we will see progress. My goal is to continue the development of both the indoor and beach volleyball women’s teams as this is what we and our fans want to see.