Bangkok, Thailand, July 26, 2021 – Fired-up Japan came roaring back in high-octane game against Canada to beat the well-organised rivals in hard-fought four-setter for two wins in succession in the Tokyo 2020 volleyball tournament at Ariake Arena in Tokyo, Japan on Monday. 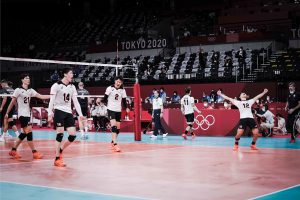 Against Canada, the team they went down in straight sets at the recent FIVB Volleyball Nations League in Rimini, Italy, Japan dropped the closely-contested first set 23-25 to rally past the fighting opponents in the remaining three sets 25-23, 25-23, 25-20. 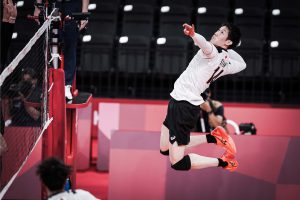 Following their incredible performance for the second win in the quadrennial sports extravaganza, Japan went atop Pool A with 6 points from two straight wins, followed by Asian champions Iran with 5 points from two wins in a row. Reigning world champions Poland are trailing in third place with 4 points from one win against one loss, with Italy, Canada and Venezuela in fourth, fifth and sixth places respectively. 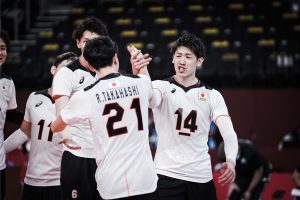 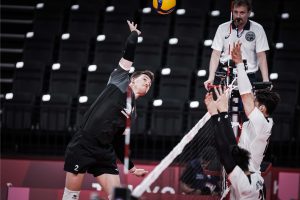 The first set turned out to be a see-saw battle with leads changing hands for several times. Levelling at 23-23, Canada scored two successive points to take the action-packed first set 25-23, with Vernon-Evans Sharone producing a well-placed, cross-court drop shot for the team’s last point in the set. 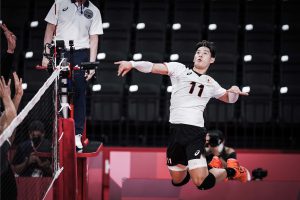 The second set seemed a similar script, with both teams coming up with all they had. Left-hander Nishida’s powerful jump serves and attacks put Japan in front 5-2 before Canada tightened their defence and narrowed the margin 7-8. From then on, Japan turned the heat on Canada, puncturing the rivals’ defence with spectacular attacks and great serves.

To cope well with the hosts’ splendid form, Canada maintained their tempo to unleash aggressive blows and reduce the gap to 22-23. Nonetheless, Japan allowed the spirited visitors only one more point to clinch the second set 25-23 for a 1-1 tie. 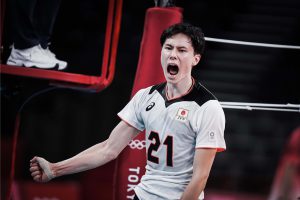 In the third set, Japan still excelled in combination plays as they mixed the excellent combinations of explosive attacks from Nishida and Ishikawa with Onodera Taishi’s solid blocks to score back-to-back points. After that, Canada started to produce the goods as they chased from trailing 12-17 to narrow the gap 22-23, but Japan had enough in their tank to hold them off and win the thrilling set 25-23. 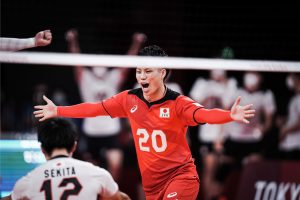 Perrin tried to bring Canada back in the fourth set as the 201cm powerful hitter overcame the smaller blockers with fierce attacks. However, Japan set up an impeccable defence, allowing the Canadians scoring difficulties. As the host side took a commanding 17-12 lead, Canada pulled their game together and hit back with huge attacks and blocks. Despite the visitors’ strong fightback, Japan played cool, showcasing a dose of grit to win the pulsating set 25-20 and match. 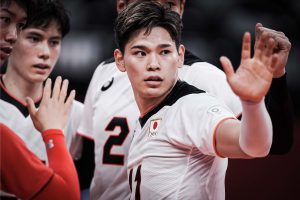 On Wednesday, Japan will challenge Italy, silver medallists at the Rio Games, while Canada will take on Asian champions Iran.