Pokhara, Nepal, December 5, 2019 – In-form Pakistan enjoyed a field day at the 13th South Asian Games beach volleyball competition on the banks of Fewa Lake here, with their men’s teams making a clean sweep of all matches contested on the very first day of the double-gender event on Thursday.

Beach volleyball made its South Asian Games debut at the 13th edition in Pokhara, Nepal on Thursday. A total of 20 teams from Sri Lanka, Pakistan, Bangladesh, Maldives and hosts Nepal (each country fielded two teams apiece in men’s and women’s events) tested their mettle in the competition, vying for two gold medals up for grabs in this biennial multi-sport event. 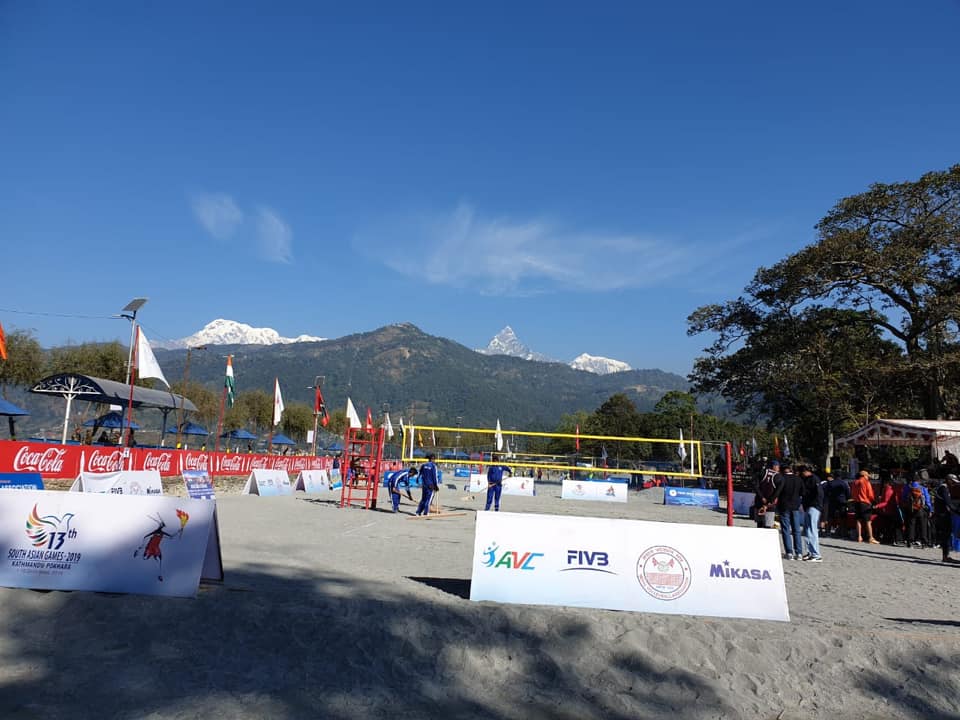 In the men’s competition, all participating teams were divided into two pools of five teams apiece to compete in the pool round-robin preliminaries. After completion of the pool plays, top four teams will advance to the quarter-finals, with Pool A winners taking on Pool B fourth place and Pool A second place playing Pool B third place. 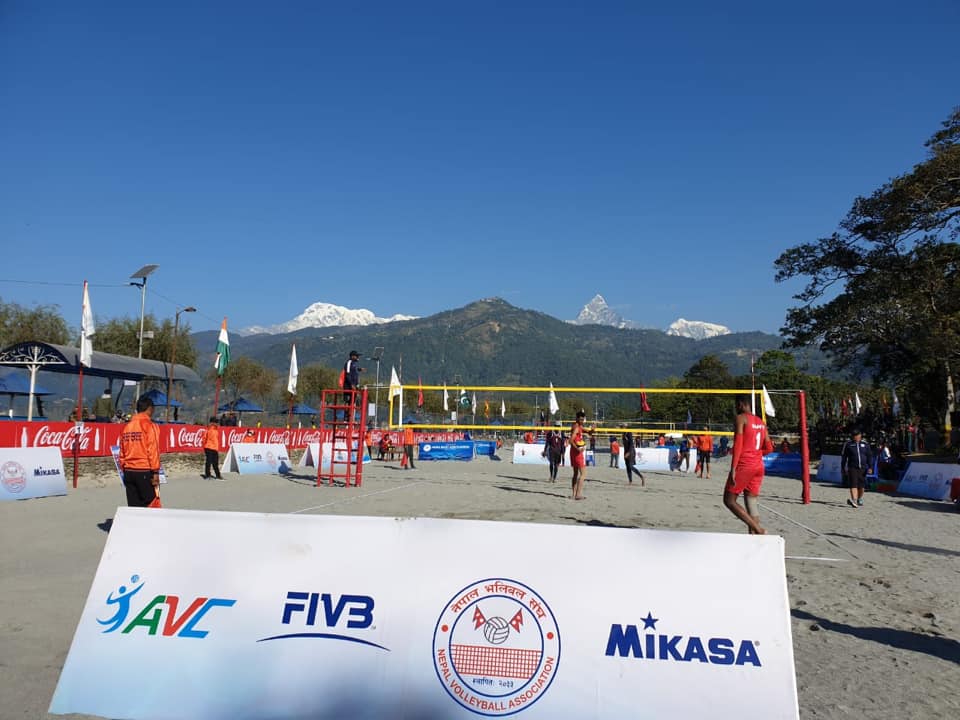 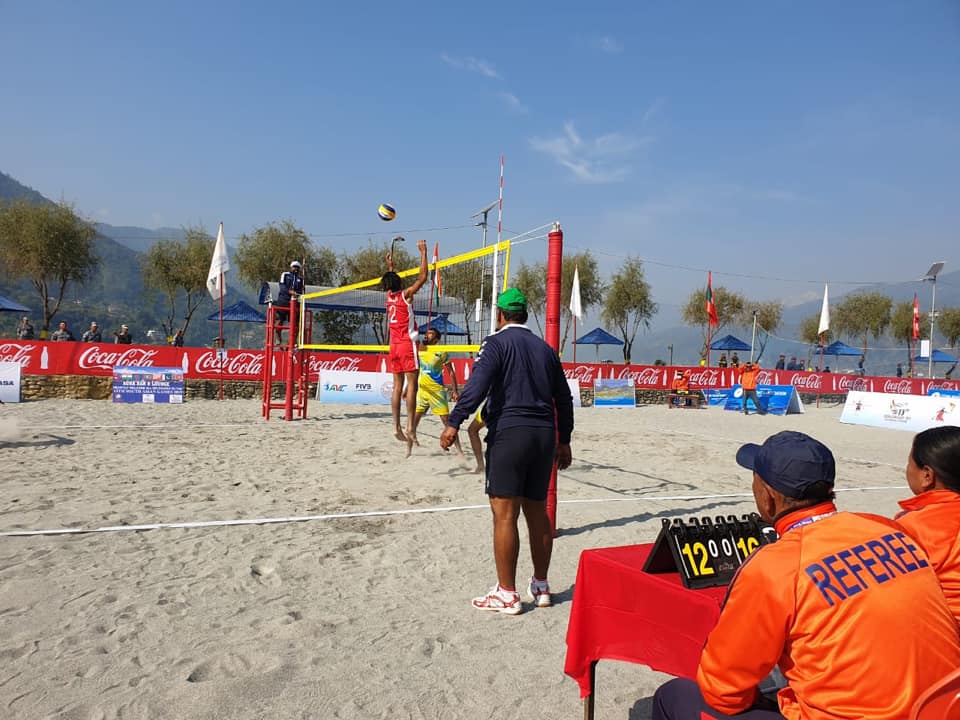 Pakistan got their South Asian Games campaign off to a brilliant start on Thursday with their both men’s teams pulling off scintillating wins against Nepal. Pakistan 1’s Zasrnab/Afaq survived a scare from Bahadur/Bahadur Sunar to beat the Nepal 1’s side 2-1 (23-25 23-21 15-12) in exhausting 67 minutes. The Pakistani tandem went on their good run in the afternoon session after a 2-0 (21-19 21-16) rout of Bangladesh 1’s Md Sany/Mohammad Imran. 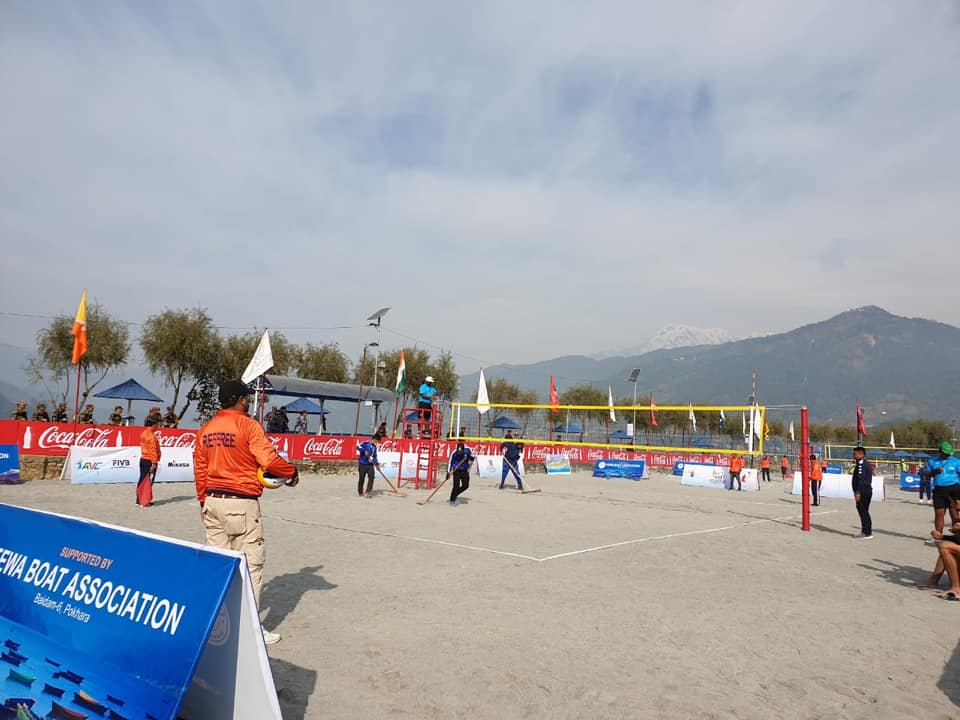 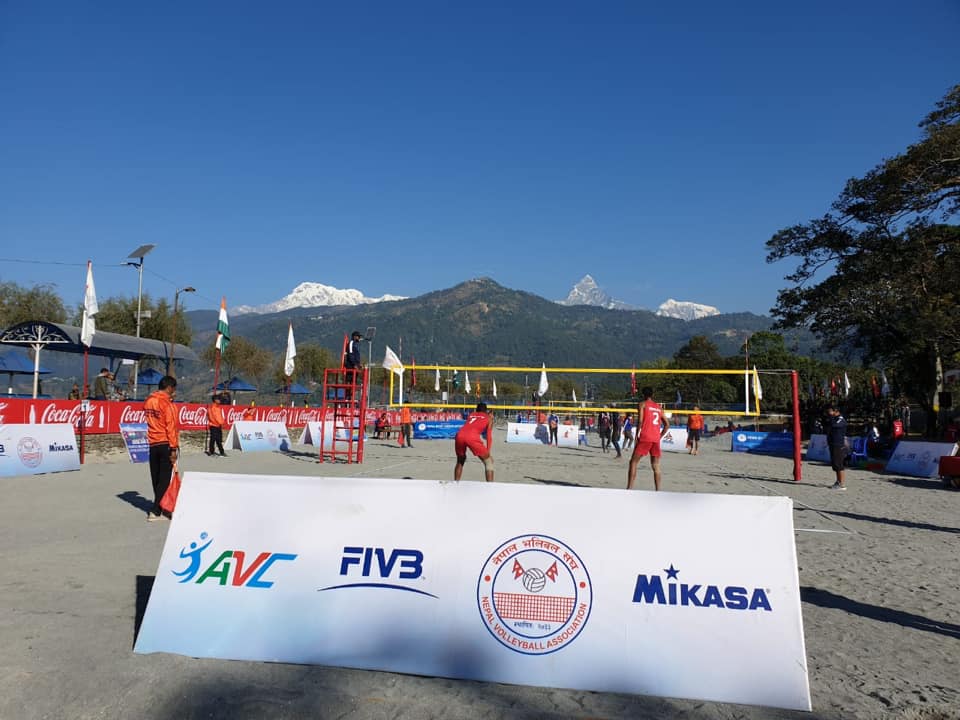 Sri Lanka proved their talents on the opening day, with Indika Tiron/Jayan Sanuja brushing off Nepal 1’s Man Bahadur/Dil Bahadur Sunar 21-16 21-18 and Asanka Pradeep/Ashen Kumara turning a dangerous duo to be reckoned with in the tournament following a 2-0 (21-9 21-11) demolition of Nepal 2’s Raju B.K./Sanju Shah.

All participating teams will compete in the pool round-robin preliminaries and at the end of the pool plays, only top two teams from each pool will make it to the cross semi-finals.

Sri Lanka made a solid start in the tournament on Thursday, with both teams tasting their first wins. Lakshini/Prasadani thrashed Nepal 2’s Upreti/Manisha Chaudhary 21-11 21-13, while team-mates Deepika/Weerasinghe overcame a strong challenge from Budhathoki/Nebika Chaudhary to beat the Nepal 1’s duo in thrilling three sets 21-16 12-21 15-11.

The pool round-robin preliminaries of the four-day beach volleyball competition in the 13th South Asian Games continue on Friday in both men’s and women’s events. 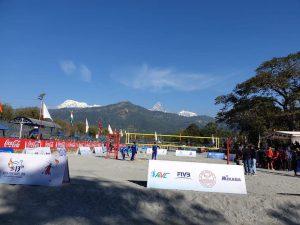 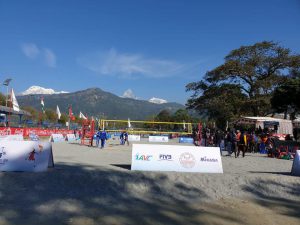 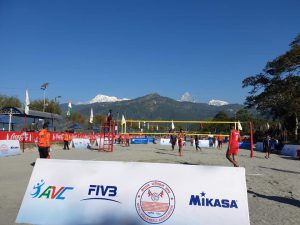 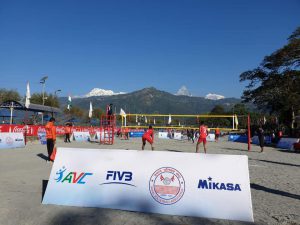 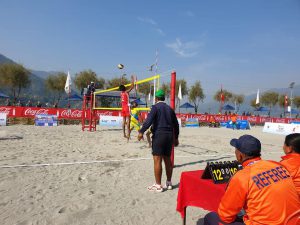 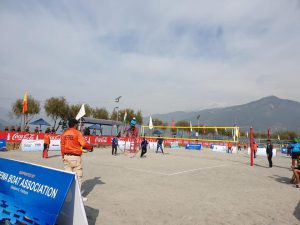 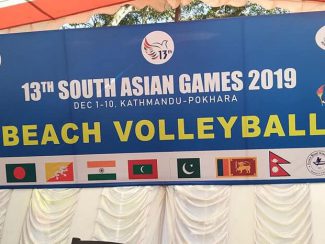 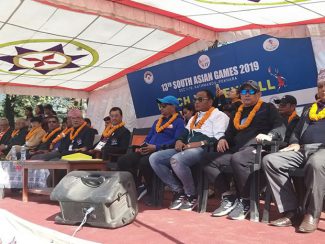 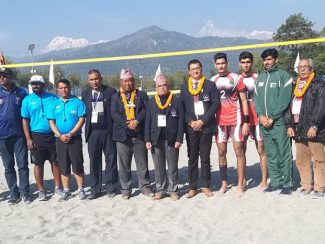 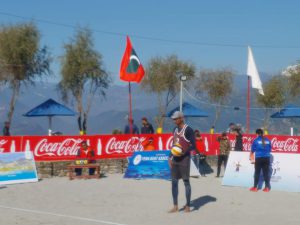 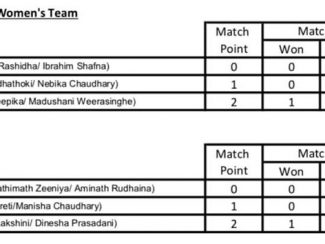 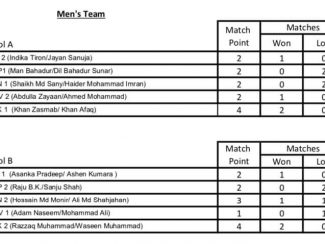