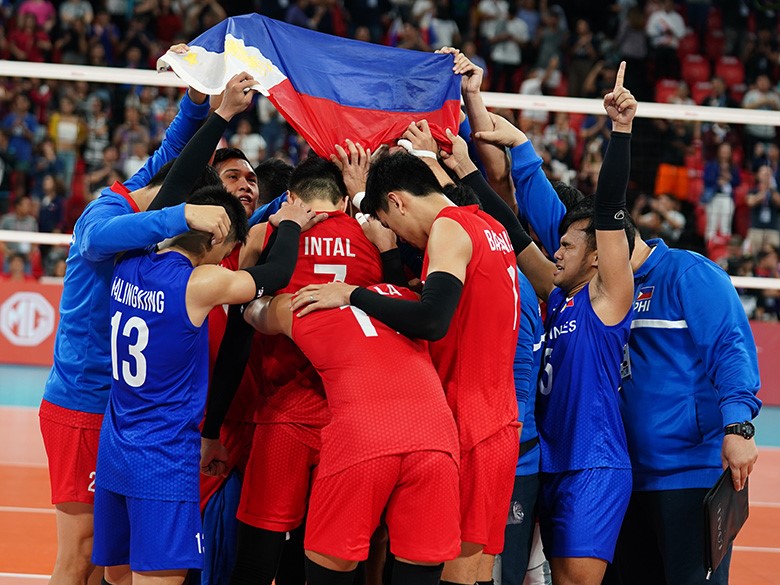 Prolific Bryan Bagunas was on fire throughout the game, contributing a fantastic 27 points to his squad’s victory including 23 attacks from 50 attempts, while team-mate Mark Espejo kept him good company in the team’s attack, contributing 20 points including 19 kills from 45 attempts. Kim Harold Malabunga added 14 points including a team-leading 6 blocks. Southpaw Amorntep Konhan topscored with 20 points for Thailand, while setter Saranchit Charoensuk added 5 points including 4 aces. 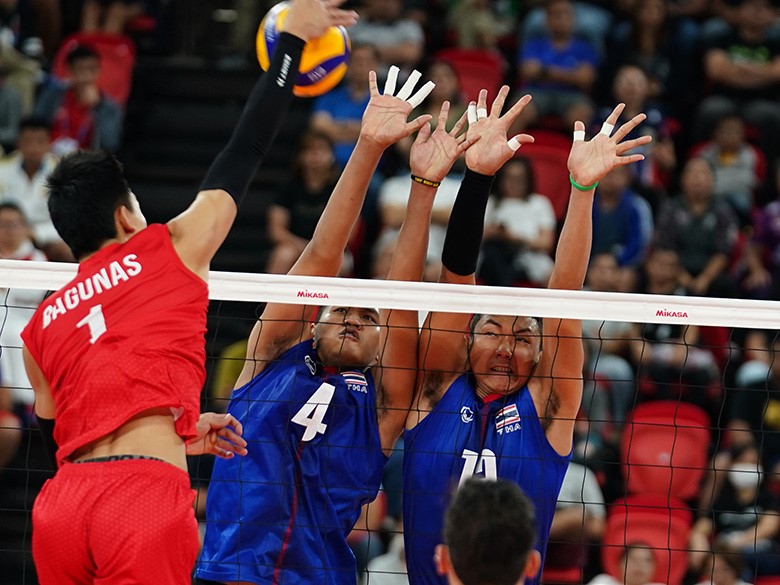 Veteran Kissada Nilsawai powered Thailand, which had captured the SEA Games title for eight times including four in a row, to the first set win 25-17, but Philippines, cheered on lustily by over 6,000 supporters at the venue, gradually pulled their game together, with terrific Bagunas overcoming the Thai blockers with his devastating spikes to help the team take the set 25-20, much to the home fans’ delight. Thailand, which finished 11th in the Asian Senior Men’s Championship in Iran this September, survived an almighty Philippines scare for a hard-fought 25-23 win in the third set. The rhythm was still with the Thai squad when they advanced with a three-point clear at 24-21, needing only one more point to end the hosts’ challenge. Unfortunately, Thailand let the win slip through their fingers and things started to turn sour since then. Learning that his team were trailing 21-24, coach Dante Alinsunurin called for the hosts’ timeout to improve their strategic plan. His attempt paid off its dividends when the Philippines came back to catch up with the rivals 24-24. The on-going battle became more thrilling when both sides traded powerful attacks, resulting in the exchange of leads. A lightning cross-court attack from Bryan Bagunas brought the Philippines back on track for the narrow 26-25 lead before the host side jumped for joy, seeing Kritsada Somkane hit outside. Philippines took the hotly-contested set 27-25. 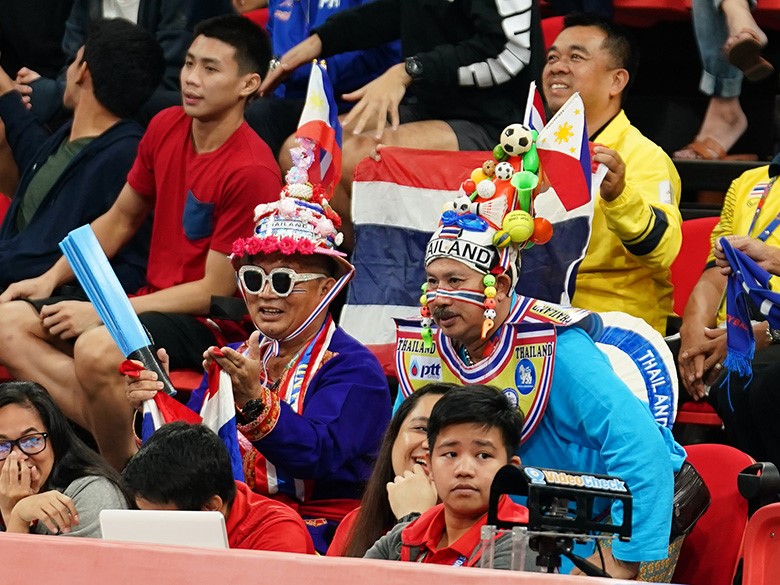 Both sides played neck and neck in the decider and were seemingly going through the motion. Thailand’s left-hander Amorntep Konhan engaged in a fiery duel with Philippines’ Bryan Bagunas. However, Thailand fared a bit better to stay in front in some crucial moments, but could not close out the set. Levelling 15-15, the Philippines, playing with consistency and overwhelming confidence, chipped in with a few big spikes to win two points in a row to claim the thrilling set 17-15, match and a final berth. 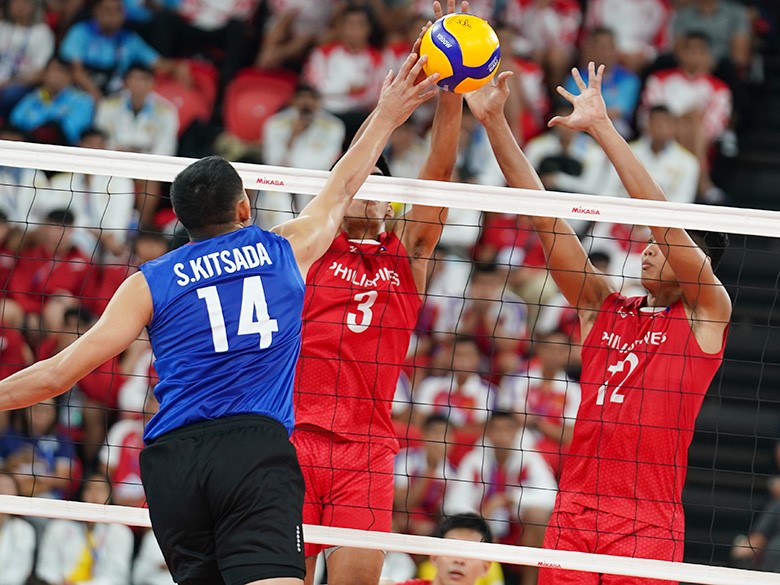 Following the stunning 3-2 win, hosts Philippines will next challenge Indonesia, the team they went down 1-3 in the pool round-robin preliminaries, in the final showdown on Tuesday. More importantly, this is the second time in history that Philippines entered the final clash since they last finished second in the very first time of the SEA Games volleyball competition in 1977 in Malaysia. 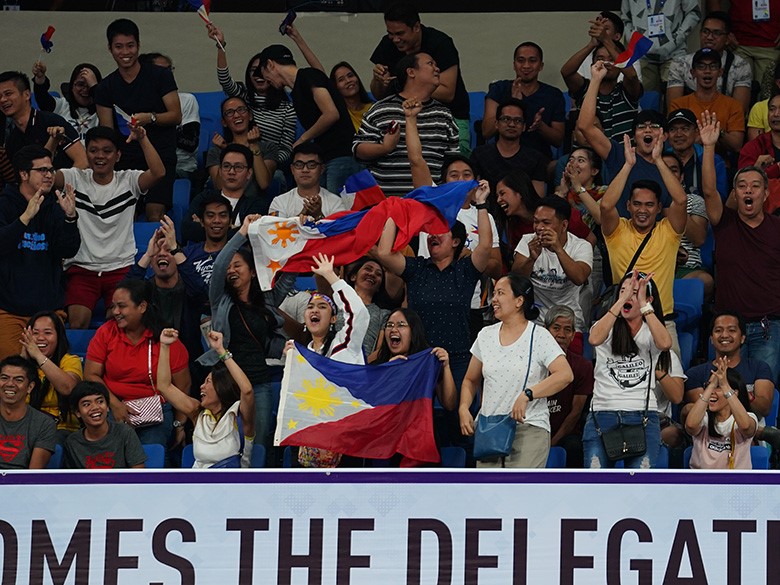 Indonesia had already made it to the final showdown for 16 times in SEA Games history and had captured the crown for 9 times. A possible win this time in the 30th edition will give the Indonesians the 10th title, ending their 10-year gold-medal drought since they last claimed the title in 2009. 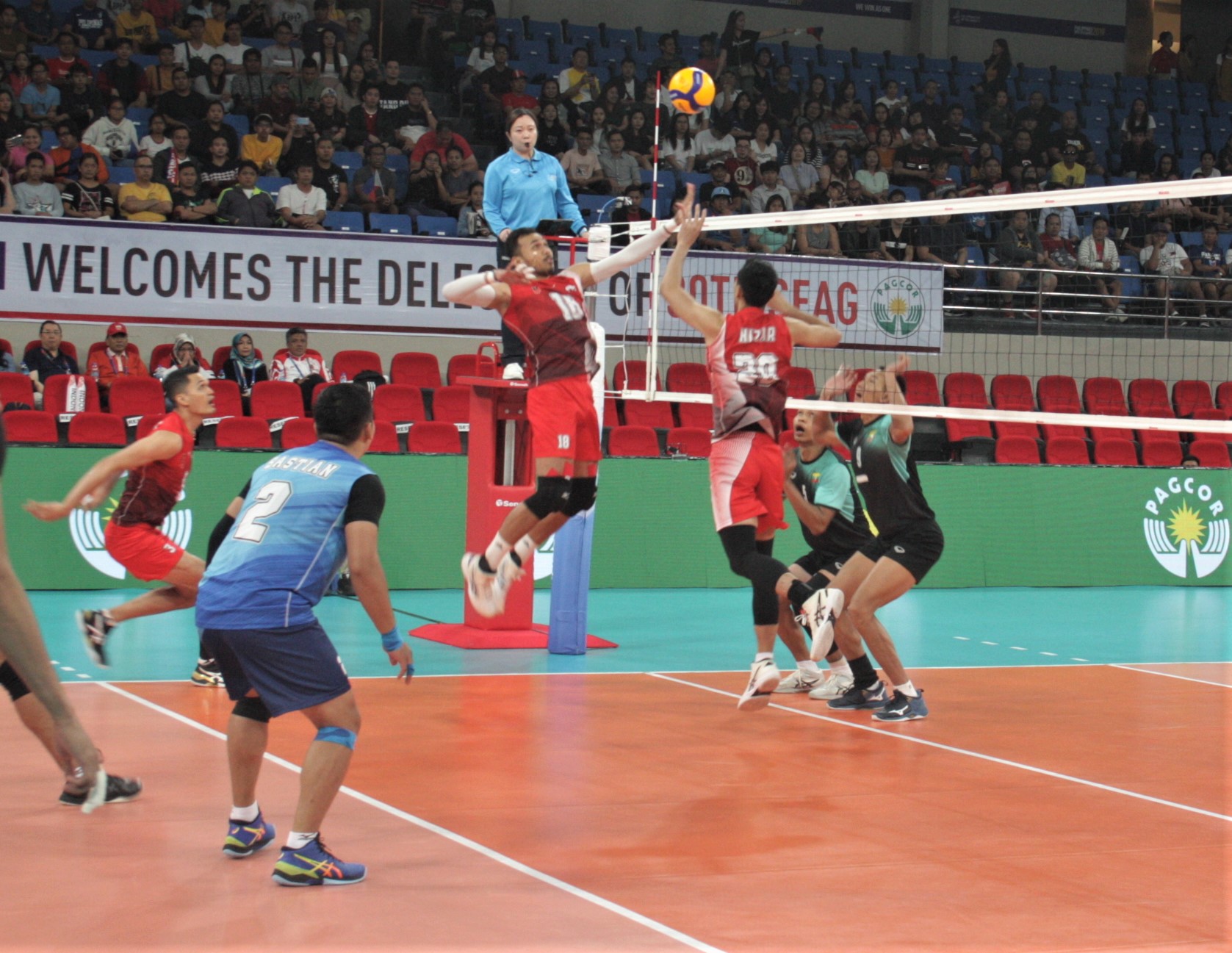 Earlier on Sunday, irresistible Indonesia faced no issues in shutting out Myanmar in straight sets 25-19 25-23 25-15 in the first semi-final clash.

Doni Haryono chipped in with 19 points including 16 attacks from 21 attempts, with ace spiker Rivan Nurmulki, who emerged as the top scorer of the team in their previous matches, bagged 17 points through his powerful attacks. Ya Htike Wai led Myanmar with 15 points.

In the classification round for the 5th-7th places, Vietnam, bronze medallists at the previous Games two years ago in Malaysia, powered past Singapore in straight sets 25-16 25-20 25-19. Nguyen Thanh Hai topscored with 17 points for Vietnam, while Chew Min Feng led Singapore with 16 points including 14 attacks. On Tuesday, Cambodia will battle it out with Vietnam for the fifth place, while Thailand take on Myanmar in the third-place playoff and hosts Philippines chase their dreams of winning the maiden SEA Games victory in the showdown with unbeaten Indonesia. 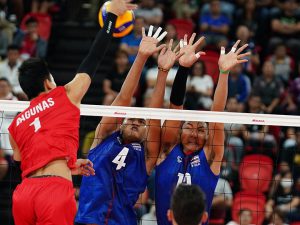 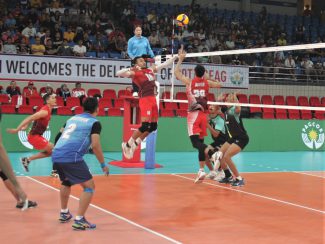 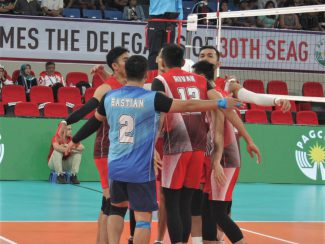 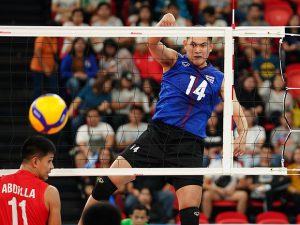 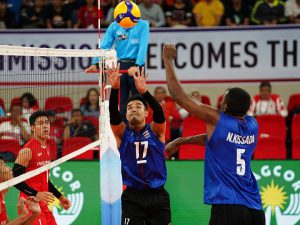 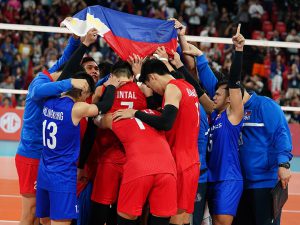 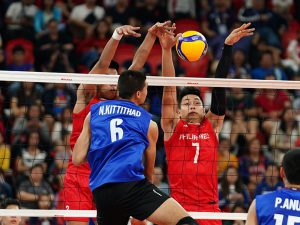 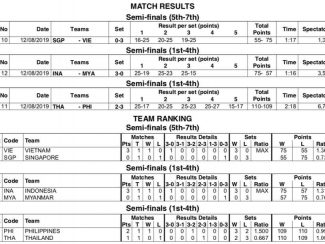