Bangkok, Thailand, December 12, 2021 – Bangladesh will play Maldives in the women’s curtain-raisers, with the host side taking on Kyrgyzstan in the men’s opening match of the CAVA Central Zone Senior Men’s and Women’s Volleyball Challenge Cup 2021 from December 23 to 28 in Dhaka, Bangladesh. 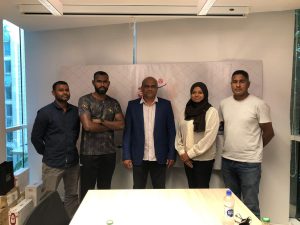 The drawing of lots of the six-day tournament was held online on Sunday, with Technical Delegate Mr Masoud Yazdanpanah from Iran conducting the ceremony and all participating teams attending to discuss the tournament guidelines and healthcare COVID-19 protocols. 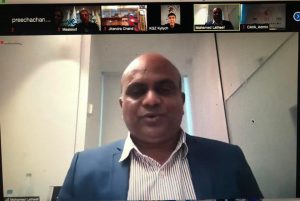 Ahead of the drawing of lots ceremony, Mr Kylych Sarbaghyshev, Secretary General of the Central Asian Volleyball Association (CAVA), had a positive message to all participants by informing that the COVID-19 situation in Bangladesh is currently stable and it’s a safe place for hosting the tournament which all participating teams are expected to have a wonderful time while competing there. 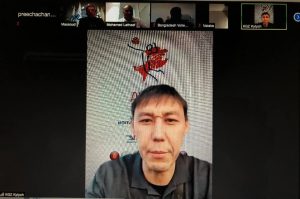 Representing AVC in the preparatory meeting, Mr Preechachan Wiriyanupappong, himself AVC Press Officer, was invited to give a speech for all participants.

“On behalf of AVC President Mrs Rita Subowo, I would like to express my congratulations to Bangladesh to be entrusted with the organisation of the CAVA Central Zone Senior Men’s and Women’s Volleyball Challenge Cup 202. Also on this special occasion, I would like to thank CAVA National Federations for their active interest in taking part in this important tournament. I’m strongly convinced that the tournament will serve as a stepping stone for all participating teams to compete in bigger tournaments of AVC in the near future. I wish every team the very best of luck in the tournament and for the host country, a smooth, successful run of the competition.” 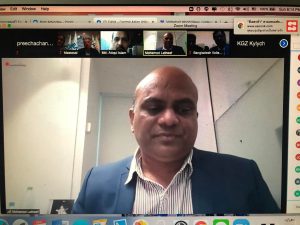 After that, CAVA President Mr Mohamed Latheef from Maldives, who presided over the drawing of lots ceremony, delivered an opening speech to all participants.

“Let me first express my sincere appreciation and welcome all players from Maldives, Sri Lanka, Nepal, Bangladesh, Kyrgyzstan and Uzbekistan to participate in the CAVA Central Zone Senior Men’s and Women’s Challenge Cup 2021 in Bangladesh from December 23 to 28. On behalf of CAVA and myself, I would like to thank the National Volleyball Federation of Bangladesh for organising this important competition,” Latheef said in his speech.

“As you may recall, Bangladesh has been hosting many Zonal Championships since 2015. This has made volleyball a popular and favourite sport in Bangladesh and also they became the Zonal Champions in 2016. While thanking all the National Federations of CAVA for the hard work and commitment rendered in developing volleyball in their respective countries, I would highlight National Federation of Uzbekistan for the hard work they put in 2021 for hosting four Championships within one year. It is with great pride I mentioned that Uzbekistan team beat Thailand, one of the strongest teams in Southeast Asia, in the Asian Senior Men’s Championship. This is clear indication that hosting Championships can develop skills and achieve incredible results.

“The CAVA Central Zone Senior Men’s and Women’s Challenge Cup sees a total of 11 teams to participate and it’s a record number in terms of team participation. This shows commitment and  solidarity among National Federations of CAVA for which I am deeply honoured. Thank you, Presidents and Secretary Generals. I would like to thank FIVB President Dr Ary Graca and AVC President Mrs Rita Subowo for their continuous guidance and support for developing volleyball. My special thanks also go to the FIVB Volleyball Empowerment Programe, from which we can get a lot of assistance to develop volleyball national teams,” he concluded. 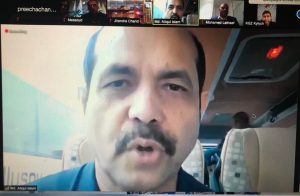 Dhaka North City Corporation (DNCC) Mayor Mr Atiqul Islam, himself Member of AVC Board of Administration, speaking while travelling to Turkey, welcomed all participants to Dhaka and talked about arrangement and preparation tasks of the host city ahead of the tournament. 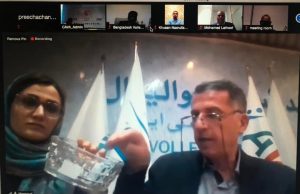 After that, the drawing of lots had been conducted by Mr Masoud Yazdanpanah, assisted by staff from Volleyball Association of Maldives. 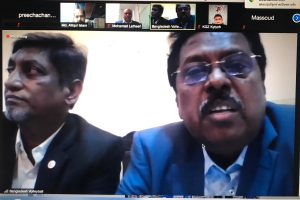 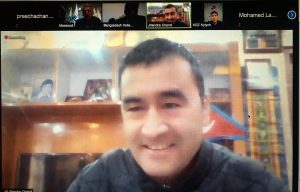 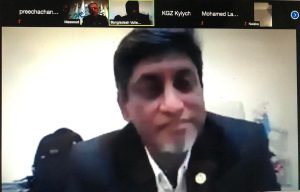 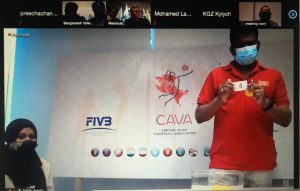 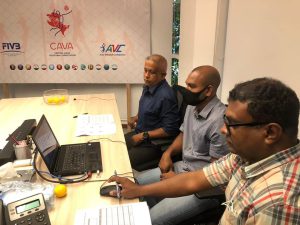 According to CAVA Secretary General Mr Kylych, the tournament will be single round robin in both men’s and women’s events. After the round-robin preliminaries, top two teams from each event will advance to the final showdown, with the third-ranked team and fourth-place finishers fighting out for the bronze medal. 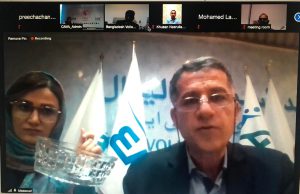 Following the drawing of lots on Sunday, hosts Bangladesh will challenge Maldives in the first match of the men’s event, while the opening encounter in the women’s event will see Bangladesh take on Kyrgyzstan. The remaining drawing of lots results will be properly checked by Mr Yazdanpanah before sending out to all participating teams. 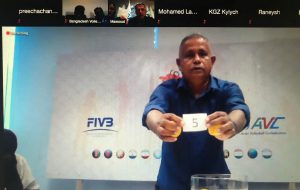 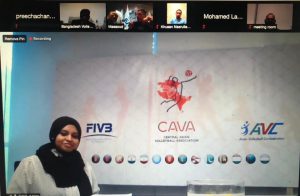 “The General Technical Meeting is set to be held on December 22, followed by the round-robin preliminaries from December 23 to 27. Five matches will be contested each day including the first three matches in the women’s event. The final showdowns and the third-place playoffs in both events will take place on December 28,” Kylych said.