Doha, Qatar, January 9, 2022 – Qatar’s Cherif Younousse and Tijan Ahmed, bronze medalists at the 2020 Tokyo Olympic Games, put up a stellar show to emerge as champions in the first King of the Court Beach Volleyball Tournament here on Saturday. 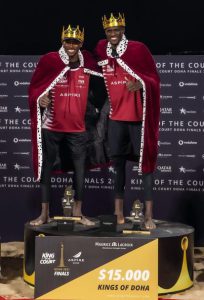 In the three-round final at the Aspire Zone, FIVB world No. 1 Qatari pair clinched the title with a skilful and gritty display. In the decisive third round, Younousse and Ahmed were up against Netherlanders Stefan Boermans/Yorick De Groot, and Swedes David Ahman/Jonatan Hellvig. 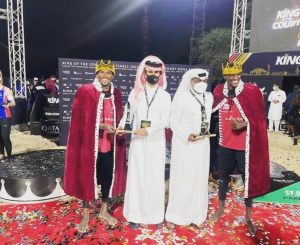 The Qatari duo, encouraged by a full house of fans, served, spiked and rallied superbly to accumulate points. They finished with the highest points – 15 – in the 15-minute session to clinch the title. Boermans and De Groot mustered 11 points, with Ahman and Hellvig finishing in third position with seven. 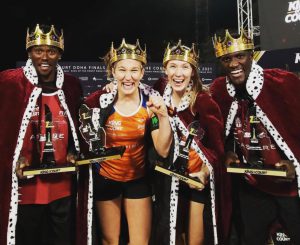 In the previous round, the Qataris scored a whopping 20 points to finish on top after the 15-minute session. Ahman and Hellvig (10), Boermans and De Groot (four) finished in that order.

In the first 15-minute round, Younousse and Ahmed placed third with eight points. Boermans and De Groot (10), and Krattiger and Breer (9) finished first and second respectively. Ahman and Hellvig (seven), who placed behind the Qatari duo, also made the second round while Switzerland’s Yves Haussener and Estonia’s Mart Tiisar (one), who had the least points, were eliminated. 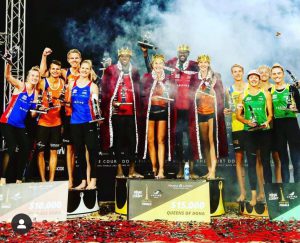 The tournament follows a different format than the regular competition. Each phase consists of five teams, competing in one set of matches for three available spots in the final. The five sides play three 15-minute rounds, with the team with the lowest score in each round eliminated. 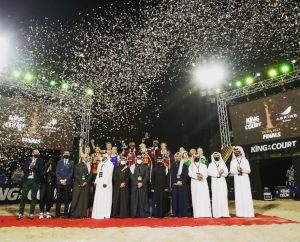 Teams earn one point when they win a rally while standing on one side of the court known as the Kingside. If a team from the opposite side wins the rally, they will trade places with their rivals. They will then attempt top score points off their next rally. The team with the maximum points at the end of 15 minutes will win.