Udon Thani, Thailand, June 22, 2019 – Brazil’s Renato and Rafael Lima de Carvalho and Italy’s Jakob Windisch and Alberto Di Silvestre came up with victories in their respective semifinal matches on Saturday to play for the men’s gold medal of the FIVB Beach Volleyball U21 World Championships. 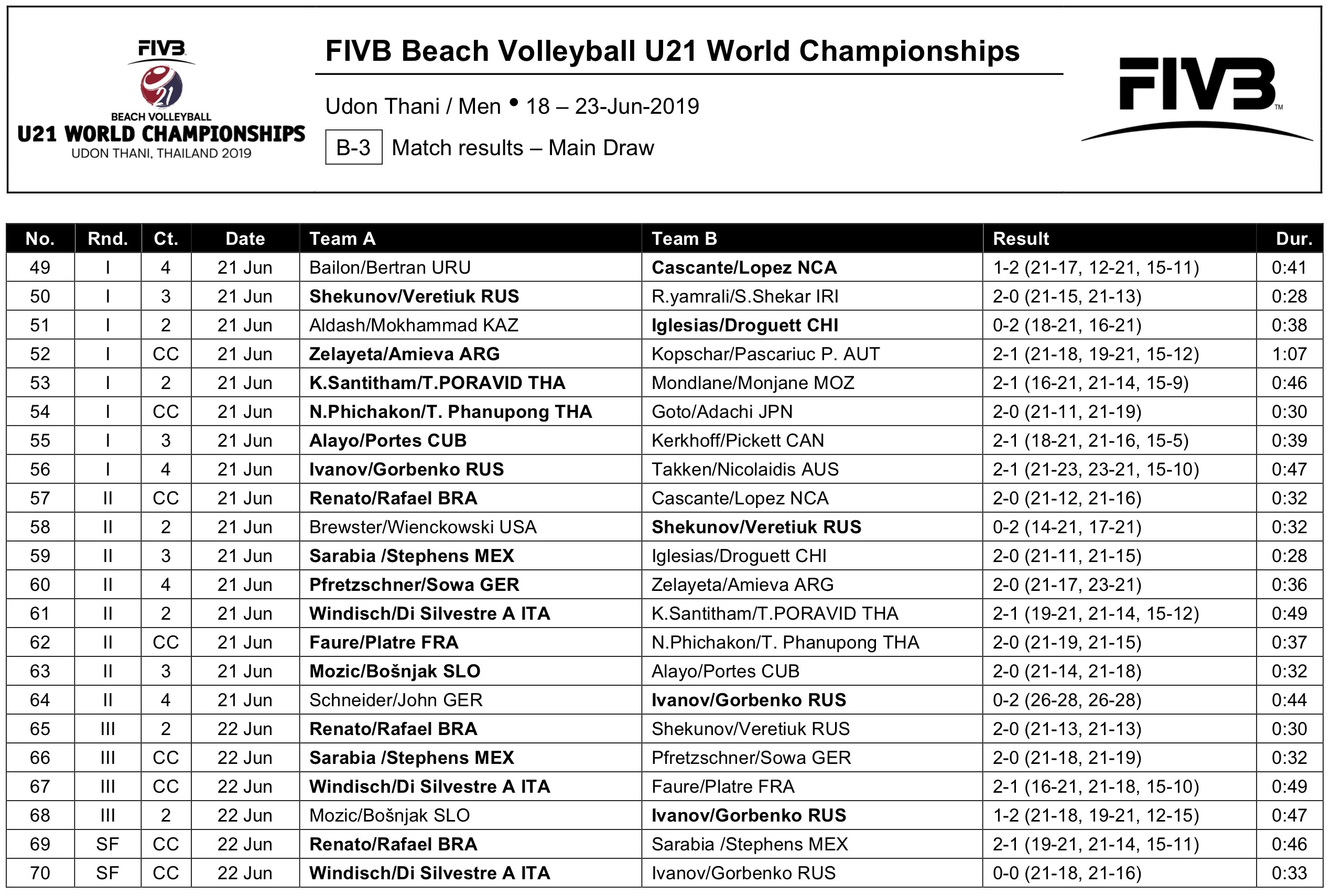 Brazilians Renato and Rafael prevailed in the tiebreaker against Mexico’s Miguel Sarabia and Raymond Gerald Stephens, giving Renato an opportunity to defend his U21 World Championship title.

“It was very emotional and my brother helped me so much on this,” Renato said. “I want to thank him for being the best. I am very happy that we are going to the final.”

After the Mexican pair built a comfortable cushion midway through the set, the Brazilian duo suddenly made a strong run that cut down the lead to within one 18-17. The Mexicans managed to stop that run and gained the two-point edge from Sarabia’s back-to-back swings 21-19.

Both sides were evenly matched in the second set that led to a tied game at 9-all, but Renato and Rafael’s excellent hustle on defence enabled them to gain momentum and finish with great counter-attacks. The Brazilians levelled the match with a 21-14 set victory.

The third set started with a trade of points from each side, resulting to a deadlock at 8-all. The Brazilians won two straight points to give them the lead and two costly errors by Sarabia them further ahead. By then, Rafael and Renato’s side-out game was on point that allowed them to reach the end of set and match at 15-11.

“The key to this win is our focus and calmness. We kept it together in difficult situations,” Renato said.

In the next semifinal match, Windisch and Di Silvestre defeated Russia’s Vasiili Ivanov and Sergey Gorbenko in straight sets (21-18, 21-16). The Italians overwhelmed their Russian rivals with good service game and well-organised defence.

“We served very well and followed our game plan,” Windisch said. “We came out stronger because served well, we defended well and blocked well. Our side-out game was great and that gave us the break to win the match.” 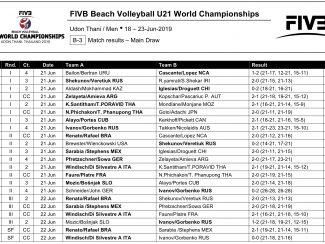 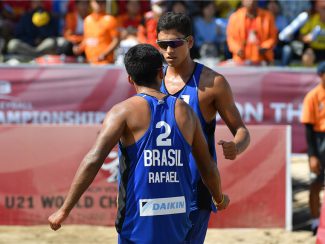