Lausanne, Switzerland, December 11, 2020 – The Roster 100 list features one hundred key players and teams that have influenced and enraptured the volleyball world with their achievements and stories over the years spanning from 2010 to 2020.

Volleyball World has looked back over numerous competitions to select some of the biggest stars from each continent.

The competitions covered include key milestones like the FIVB Volleyball and Beach Volleyball World Championships and London 2012 and Rio 2016 Olympic Games. 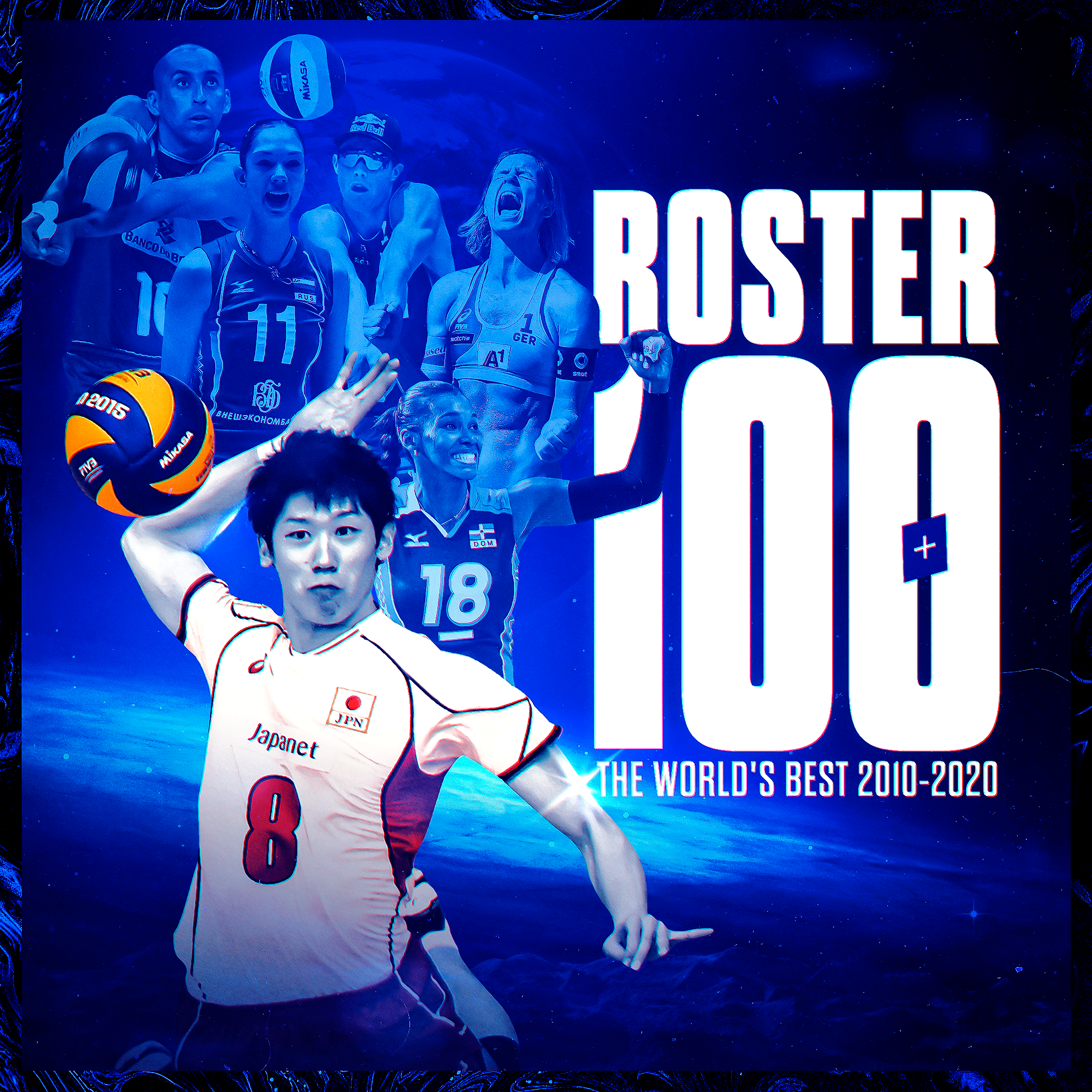 The Roster 100 list covers an incredibly rich period in history, starting in 2010 when Brazil won the FIVB Volleyball Men’s World Championship and Ekaterina Gamova led Russia to gold in the women’s competition.

And a year later at London 2012 it was USA’s Kerri Walsh Jennings and Misty May-Treanor, and Germany’s Julius Brink and Jonas Reckermann who stood atop the Horse Guard’s Parade podium.

Indoors, Brazil’s women retained their Olympic volleyball title in London, but Russia denied the Brazil men’s team in a dramatic gold medal match at Earl’s Court, led by the likes of Sergey Tetyukhin and Dmitriy Muserskiy.

Two years on, Poland and Italy hosted the men’s and women’s FIVB Volleyball World Championships. In Poland, the hosts faced Brazil in the final and claimed their first world title since 1974, while at Milan’s Mediolanum Forum USA beat China. 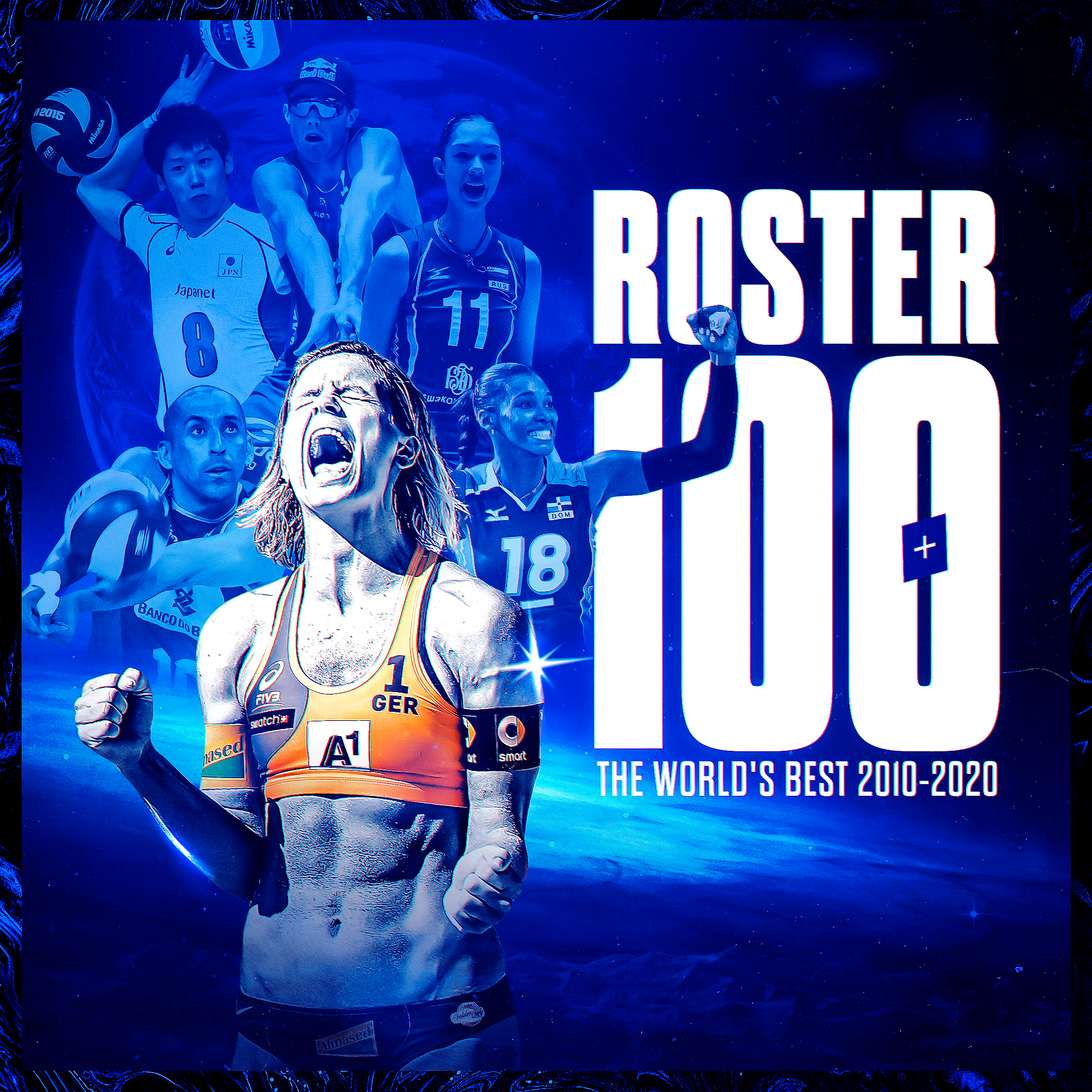 Build up to Rio and a new Olympic cycle

By the time the Rio de Janeiro 2016 Olympic Games began there had been two more Beach Volleyball World Championships. Dutch pair Robert Meeuwsen and Alexander Brouwer came from nowhere to win the men’s gold in 2013, while China’s Xue Chen and Zhang Xi finally won a major title. Two years on it was back to the Brazilian show as Agatha Bednarczuk and Barbara Seixas, and Alison Cerutti and Bruno Schmidt topped the women’s and men’s podium in the Netherlands.

Hopes were high of home success at Rio 2016 when the volleyball and beach volleyball worlds descended on the Maracanazinho and Copacabana.

Brazil’s men ended their 12-year wait for an Olympic volleyball gold when they beat Italy on the final day of the Games, and talismanic libero Sergio Santos played his last official match for the winners. In the women’s competition a global star emerged in the person of Zhu Ting as China built on their world silver by winning a first Olympic gold since Athens 2004.

Meanwhile, Germany’s Laura Ludwig and Kira Walkenhorst stopped Agatha and Barbara in the gold medal match on Copacabana, and Alison and Bruno added Olympic gold to their world title.

A year later Ludwig and Walkenhorst left Vienna 2017 with world gold, while Evandro Goncalves and Andre Stein took another major title back to Brazil.

In 2018, Japan hosted the FIVB Volleyball Women’s World Championship, while Italy and Bulgaria co-hosted the men’s tournament. Serbia claimed gold in the women’s, with Tijana Boskovic earning the MVP award, while Poland’s men retained their title, led by the likes of Bartosz Kurek and Michal Kubiak.

Then in 2019 Hamburg continued its growing link with beach volleyball, when the German port city took care of hosting the Beach Volleyball World Championships.

There were two new champions. Melissa Humana-Paredes and Sarah Pavan gave Canada its first world title, while Russia’s Viacheslav Krasilnikov and Oleg Stoyanovskiy’s victory meant that in five editions over the decade each gender had five different teams winning gold.

And finally, in 2018, the FIVB launched its newest annual competition, the Volleyball Nations League, with spectacular finals in the first two editions of the tournament  going to Russia in the men’s category and USA in the women’s.

Join us as of December 17

Some of the stars from these competitions are still dazzling the world with their skills, others have called time on their careers, but all have illuminated their respective sports.

You may not agree with all the players and teams selected, and debates may well rage with your friends and family about which players to include.

So be ready for December 17 when we begin our countdown and follow us across the Volleyball World social media channels as we move down the list. 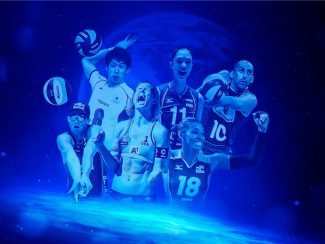