Bangkok, Thailand, December 11, 2020 – The Thailand Volleyball League,the top-level professional volleyball competition in Thailand, will kick off its 2020-2021 season on December 12, with Nakhon Ratchasima The Mall’s VC and Supreme Chonburi E-Tech back to defend their respective men’s and women’s titles. 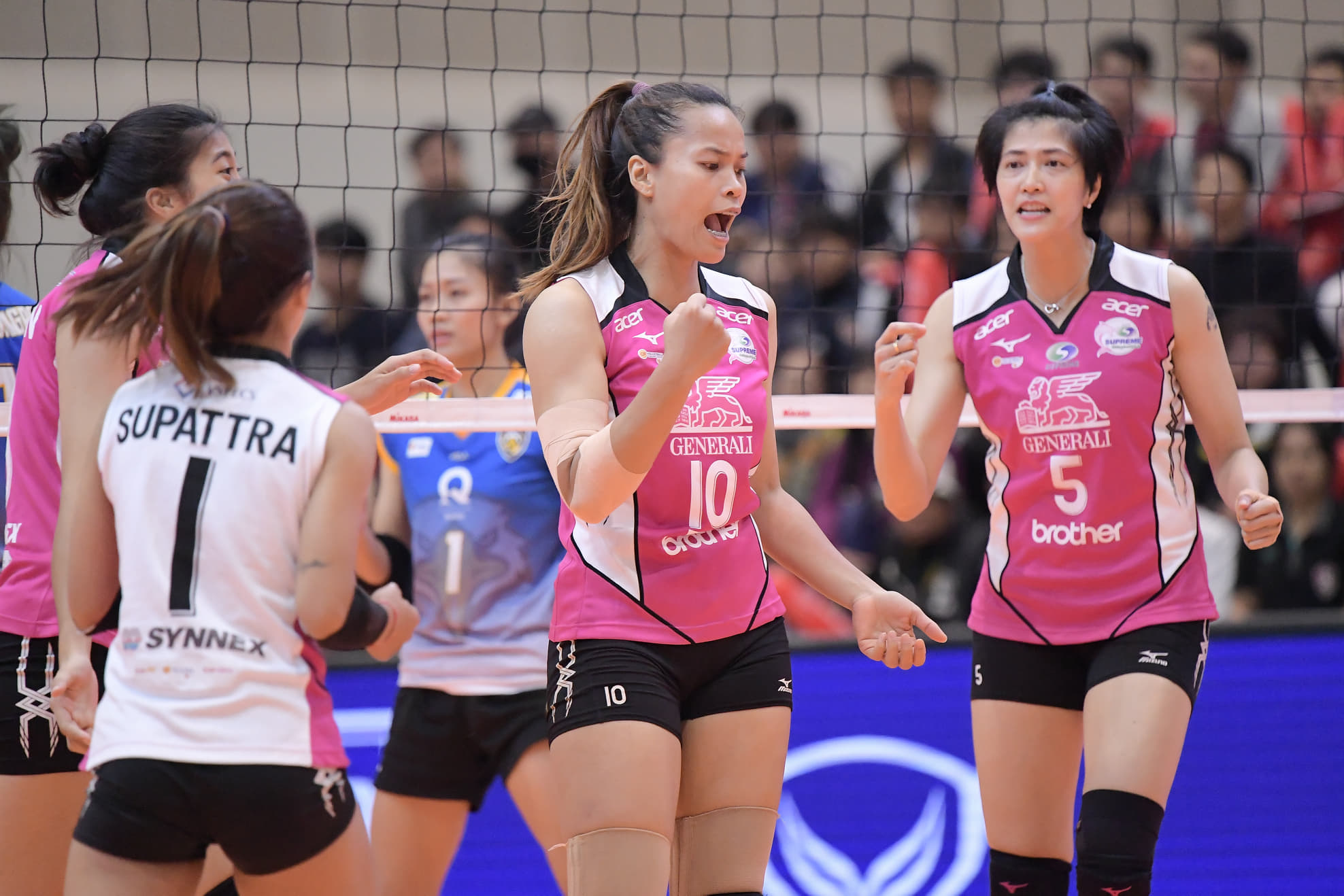 The first-leg encounters, featuring a total of 16 teams including 8 apiece in men’s and women’s events, will be a single round robin, with only top 6 teams from each category advancing to contest the second leg.

Nimibutr Gymnasium and MCC Hall inside The Mall Lifestore Ngamwongwan will serve as the two battle grounds for the opening leg. 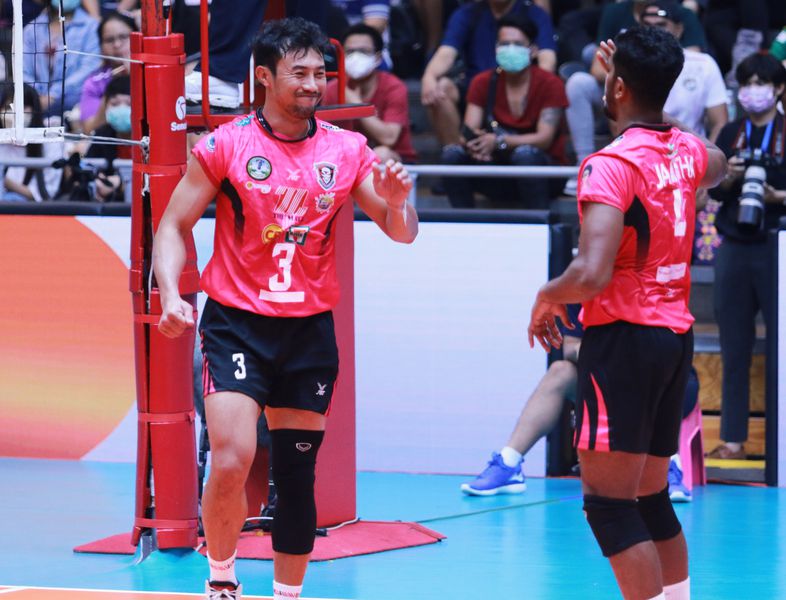 Talented Wanchai Tabwises, who landed the MVP title in the previous season, will spearhead Nakhon Ratchasima The Mall’s VC in defending their title after the team, powered by Sri Lankan cannon Janitha Surath, pulled off a stunning 3-2 win against strong contenders Diamond Food VC, strengthened by former Thailand national team spikers Jirayu Raksakaew and Kittikun Sriuttawong and current national attackers Kantapat Koonmee and Kissada Nilsawai, in the final showdown of the 2019-2020 season.

Diamond Food VC, the only team which did not lose a match to their respective rivals in both legs of the previous season, finished second in the Thailand League two times in a row. In the 2018-2019 season, Diamond Food also went down to eventual winners Air Force in the final clash.

Diamond Food have significantly enhanced their chances of capturing the title for the first time this season when Brazilians Luiz Perotto and Andre Luiz Queiroz Franca have already returned to join the team. Both players joined Diamond Food VC for their winning streak in both legs in the previous season but had to leave Thailand at the end of the second leg following suspension of the tournament for almost four months caused by the COVID-19 pandemic. 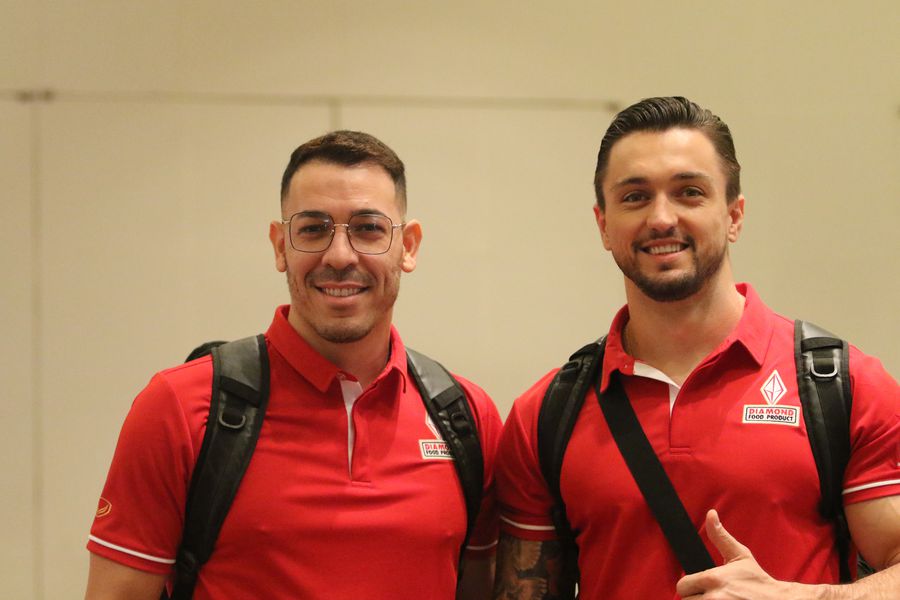 Only Nakhon Ratchasima The Mall’s VC and Diamond Food VC will make the most of their foreign players in the first leg campaign this season, while the remaining six teams comprising Air Force, Koh Kood Cabana, Kasetsart VC, Prince, Visakha and Phitsanulok VC will come up with all local players.

Meanwhile, hard-fought thrillers are expected in the women’s event this season. Fiercely-attacking Ajcharaporn Kongyot, who claimed the MVP award in the previous season, will lead Supreme Chonburi E-Tech again to their title defence. Supreme are chasing dreams of winning the Thailand League for four times to match Nakhon Ratchasima The Mall’s VC’s winning record (2005-06, 2006-07, 2013-14, 2018-19) 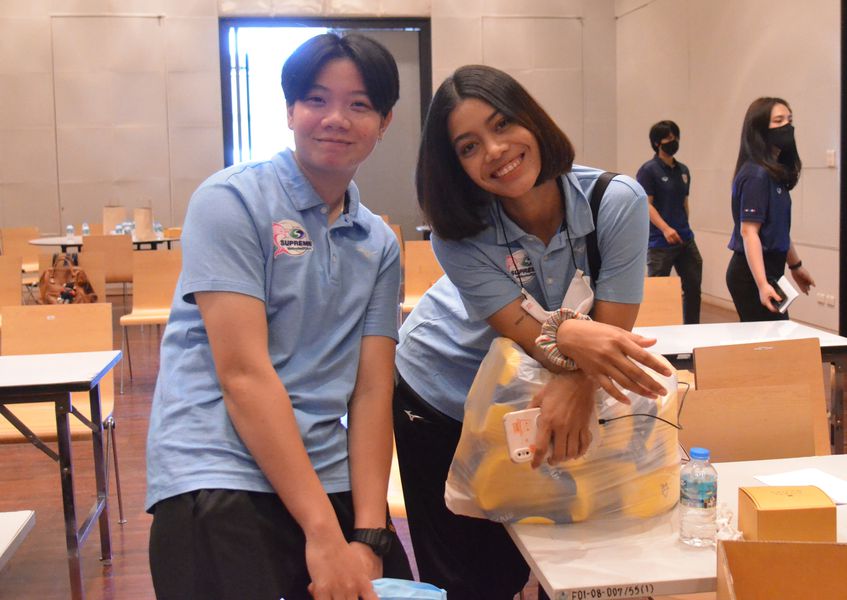 Ajcharaporn and Wipawee ready to help Supreme defend their title

Aside from Ajcharaporn, Supreme Chonburi E-Tech, which captured the Thailand League title for the first time in 2016-2017 season and added two more titles in 2017-2018 and 2019-2020, are also strong with the likes of Thailand national players – Wipawee Srithong, Pleumjit Thinkaow, Wilavan Apinyapong, Watchareeya Nualjaem and Soraya Promla. Supreme also made their mark in Asia as they performed brilliantly to capture the Asian Women’s Club Championship twice in 2017 and 2018, only to go down to stronger Tianjin the final showdown of the 2019 edition.

The possible closest rivals of Supreme Chonburi E-Tech this season can be Diamond Food VC, which finished a below-par fifth place in the previous season. Thailand national team head coach Danai Sriwatcharamaytakul has been appointed the new head coach of Diamond Food this season in an effort of making the team’s dreams of winning their historic Thailand League title come true. “My decision to become head coach of Diamond Food came after a talk with the club chairman (Mr Decha Suwalak). His manage team mindset is to develop players’ potentials in order that they can become Thailand national players in the near future and this is a good direction and vision similar to what I have thought earlier. In fact, I admit that it’s a difficult decision to make. To coach a club in Thailand has put a big amount of pressure on me as I have never experienced coaching any domestic team before. However, I will do my best. We have fully-fledged team players and I think improvement is still required in my team in terms of physical fitness, techniques and experience. But, I think we are ready to give our best in the Thailand League,” Danai, who coached Thailand to a historic silver medal at the 2018 Asian Games in Indonesia, was quoted as saying.

Star spikers in Diamond Food VC include powerful Onuma Sittirak and Malika Kanthong, two players in the current Thailand national team. Diamond Food are also strengthened by former national players Amporn Hyapha, Jarusporn Bandasak and Hattaya Bamrungsuk, who has been absent from joining the national team for long time due to her injury, and young talents Thananya Suksod and Wiranyupa Inchan. 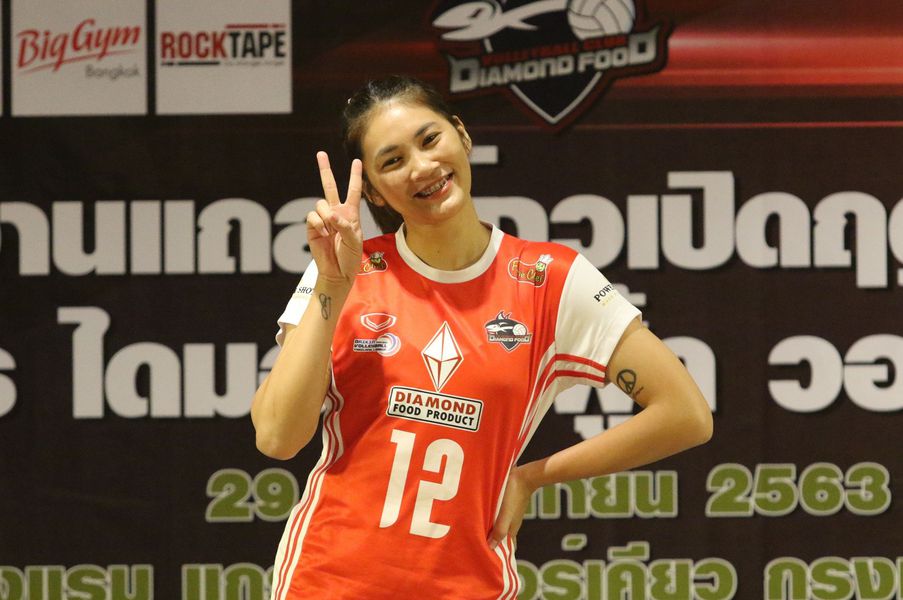 Former Thailand national player Hattaya is back on track after fully recovering from nagging injury. She joins Diamond Food VC this season.

Another strong team the other opponents cannot underestimate are Nakhon Ratchasima The Mall’s VC, led by sensation Chatchu-on Moksri, tournament best scorer in the previous season, and Chitaporn Kamlangmak, two Thailand national team players. Turkish Yeliz Basa, who was instrumental in lifting Nakhon Ratchasima the victory in the 2018-2019 Thailand League, will return to join the team this season. 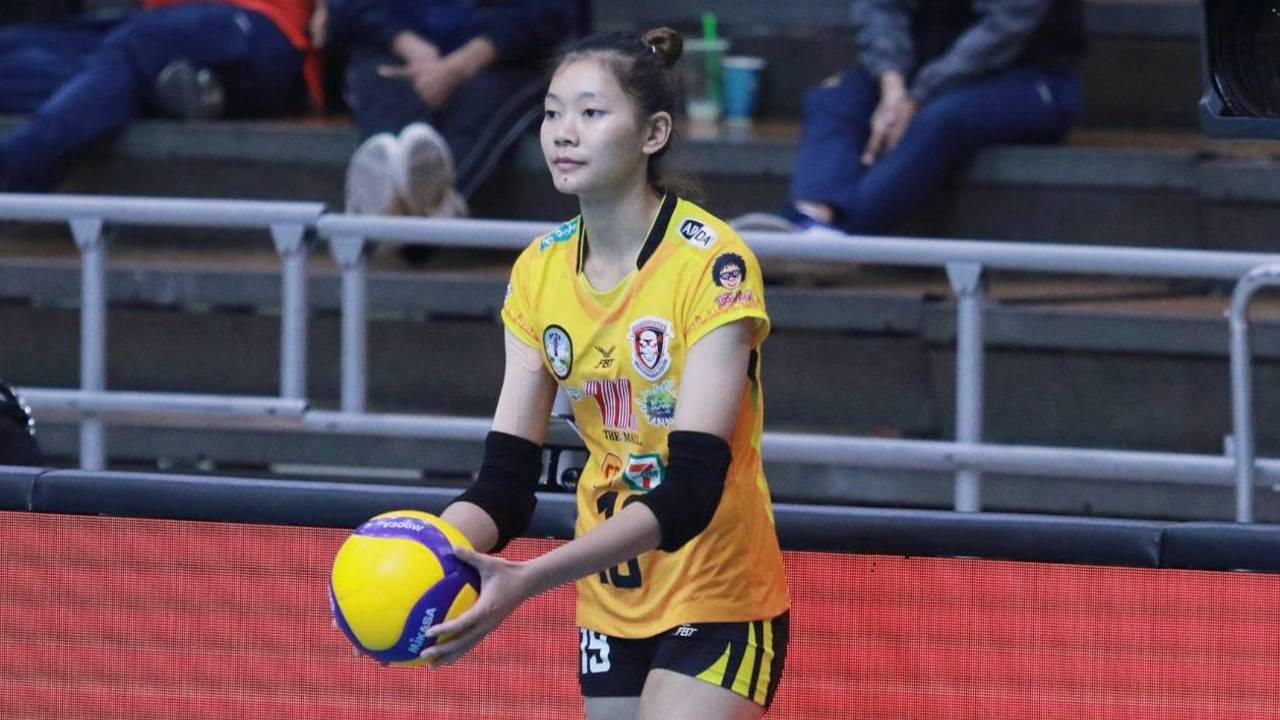 Chatchu-on, a backbone of Nakhon Ratchasima The Mall’s VC 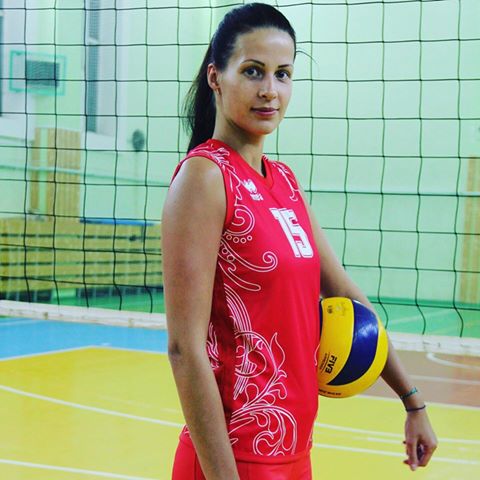 On December 12, the opening day of the first-leg encounters at Nimibutr Gymnasium, Kasetsart will take on Prince and Visakha play Koh Kood Cabana in the men’s event, with Supreme starting their title defence against Samut Prakarn and 3BB Nakornnont challenging Khonkaen Star in the women’s category.

The winning teams in both men’s and women’s events are likely to represent hosts Thailand in the 2021 Asian Men’s and Women’s Club Volleyball Championships, due to be held in Nakhon Ratchasima in April.

In line with the policy on preventive measures of the Thai Government’s Centre for COVID-19 Situation Administration to combat the pandemic, all players, coaching staff and officials underwent a nasal swab test ahead of the competition to make sure they are COVID-19 free. 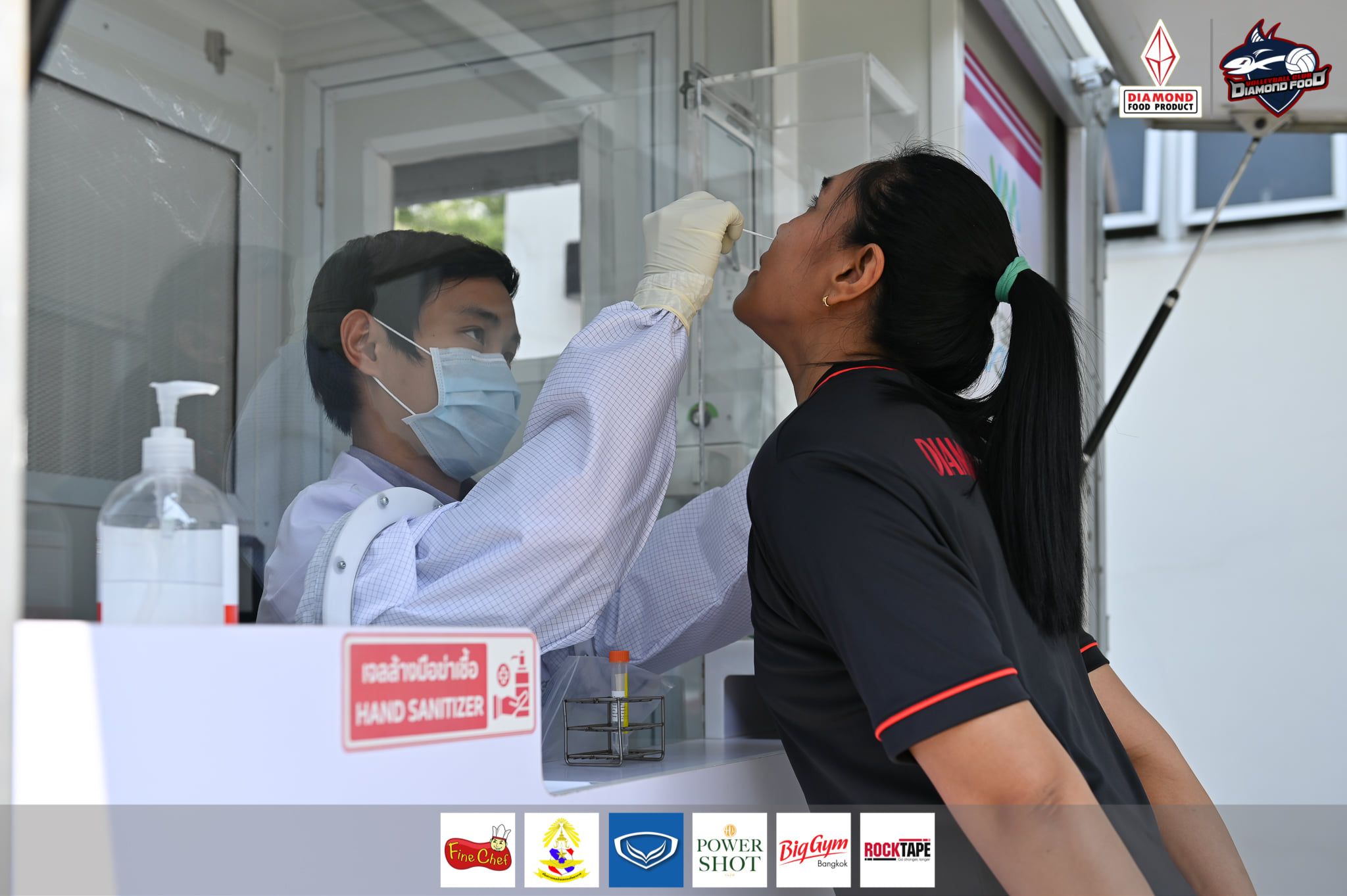 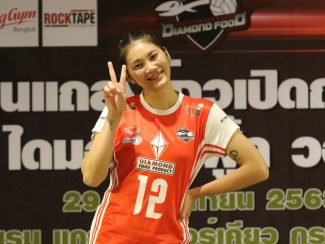 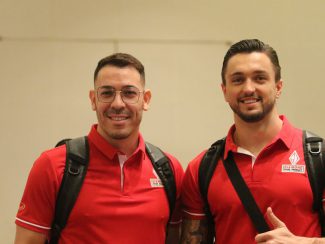 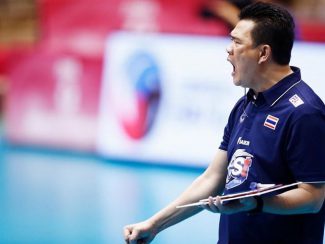 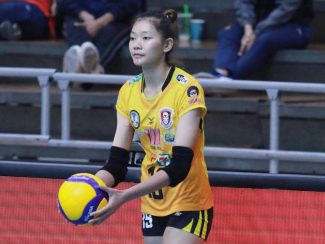 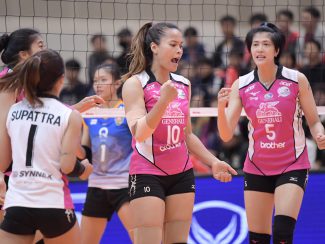 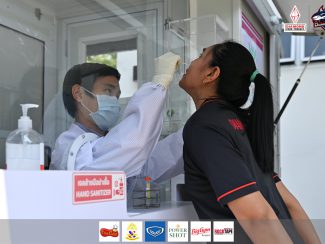 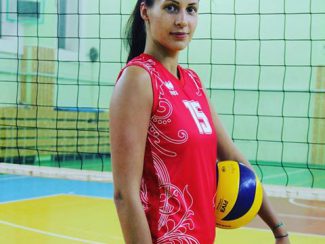 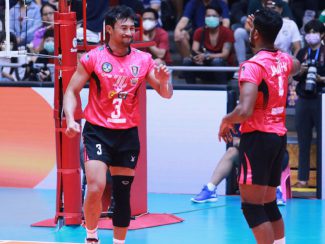 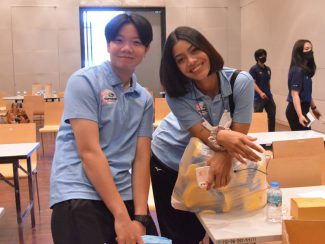 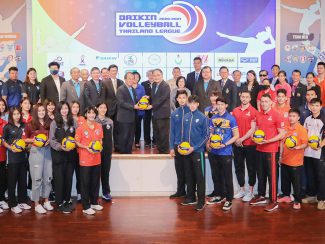