Young Arina Fedorovtseva and captain Nataliya Goncharova steered Russia to dramatic 3-1 triumph over Thailand for their fifth win at the 2021 FIVB Women’s Volleyball Nations League in Rimini, Italy on Monday. 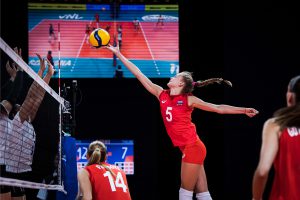 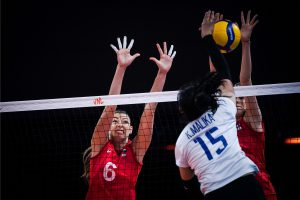 After losing the first set with ease, Thailand fielded the “Fabulous Six,” a strong lineup of six veteran players who have been playing together in the Thailand national team for more than 10 years and had brought much fame and reputation to the country including winning silver medal at the 2016 Montreux Volley Masters in Switzerland, capturing historic gold medal at the Asian Senior Women’s Championship in 2009 and finishing the best-ever fourth place at the 2012 FIVB World Grand Prix. 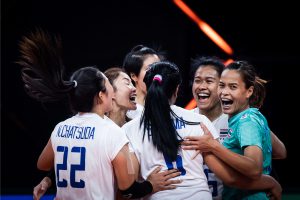 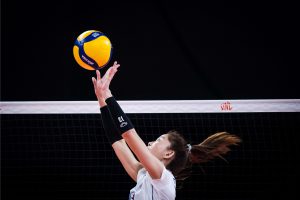 Thailand still lived up to their expectation as they, smaller-built but with greater determination, poured everything to take the next two sets. However, Russia’s height at the net, led by towering 196cm Irina Koroleva, was causing havoc. The gallant Thai team failed miserably 14-25 in the third set. 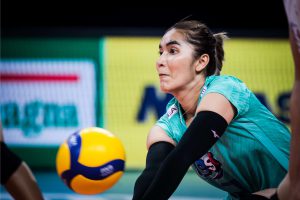 The fourth set was more thrilling as both sides tried their best to clinch the set. Levelling 20-all, Russia found their rhythm, with Goncharova and Fedorovtseva taking turns puncturing the Thai defence with their mighty attacks to help Russia bag five points in a row for the 25-20 win in the set and match. 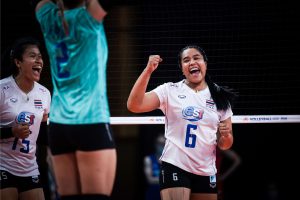 Arina Fedorovtseva scored a match-high 20 points for Russia, while captain Nataliya Goncharova added 19. Thailand’s superstar Pleumjit Thinkaow chipped in with 19 points including 15 attacks and 3 aces, while Onuma and Malika assisted with 9 and 8 points respectively. 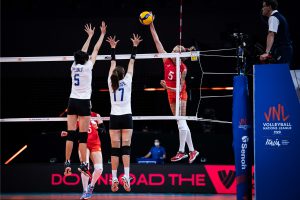 Thailand’s Malika Kanthong said at the virtual mixed zone: “We did a great job. Our team are not as tall as Russia, we don’t have the same physical predispositions as the Russians. And we played with nothing to lose. We are very satisfied with our progress. We have three match days and then three days to rest and train and improve ahead of the next matches. In tomorrow’s match against Dominican Republic, we also expect to win at least one set. They are also very tall, but we will do our best and use our advantage of playing fast volleyball.” 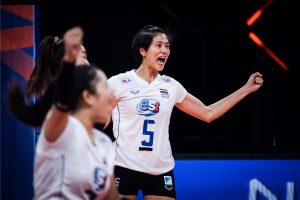 Polina Matveeva of Russia said: “It was a bit difficult to play against Thailand. They have a very well organised defence and sometimes we were not able to kill the spike. But we managed to improve our game and get a win, so we are very satisfied. In the second set we lost our concentration, but then in the third we proved our strength. I am absolutely sure that tomorrow’s match against Turkey will be very difficult, but we will be well-prepared.” 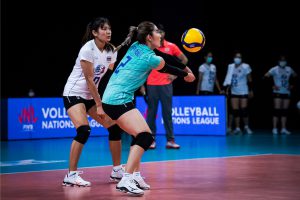 MAYU ISHIKAWA: “WE FOCUS ON WHAT WE HAVE TO DO”SHIRATORI AND ISHIJIMA EARN PLACE AT TOKYO 2020