Salemi and Vakili posted four-straight wins at the inaugural Bandar Torkaman event in October 2018. The Iranian duo now has a 23-15 match record in their 11-plus tournament appearances on the FIVB World Tour. Two of the defeats were at the 2019 FIVB Beach Volleyball World Championships in Germany where Salemi and Vakili competed in the same pool with pairs that reached the Hamburg semifinals – Julius Thole/Clemens Wickler of Germany and Tri Bourne/Trevor Crabb of the United States.

Following two rounds of 12-team elimination bracket play on Thursday, the Bandar Torkaman semifinals and medal matches will be played on Friday. 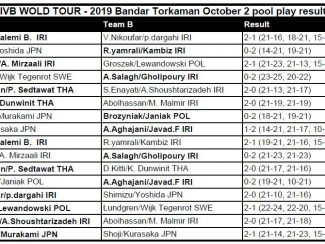 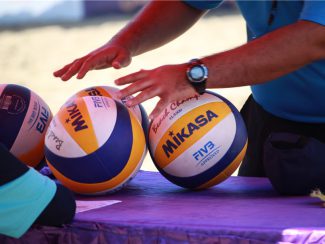