The hard-fought 25-22 25-22 25-23 win against the team from the USA has moved Sichuan to the pole position in Pool B with 6 points from two wins, ensuring the Chinese side a place in the semi-finals. BIP and Thong tin Lienvietpostbank are trailing in second and third places respectively with 3 points apiece from one win against one loss. Hoa Chat Duc Giang remain winless to come in fourth place. On Thursday, BIP and Thong tin Lienvietpostbak will battle it out for the second place in Pool B and a semi-final spot, while Pool B winners Sichuan will also play their last preliminary match against Hoa Chat Duc Giang although they emerged as the tournament’s first team to make it to the semi-finals. Against BIP in their second match of the eight-team tournament, Sichuan fielded a strong lineup led by Zhang Xiaoya, a former Chinese national team player who was instrumental in lifting Supreme’s victory in the recent Thai-Denmark Super League Volleyball Tournament in Thailand. The Chinese side were also strengthened by hard-hitting Zhang Honglin and Tang Wei Dan. BIP were spearheaded by Lindsay Stalzer , Samantha Cash and Molly Lohman. 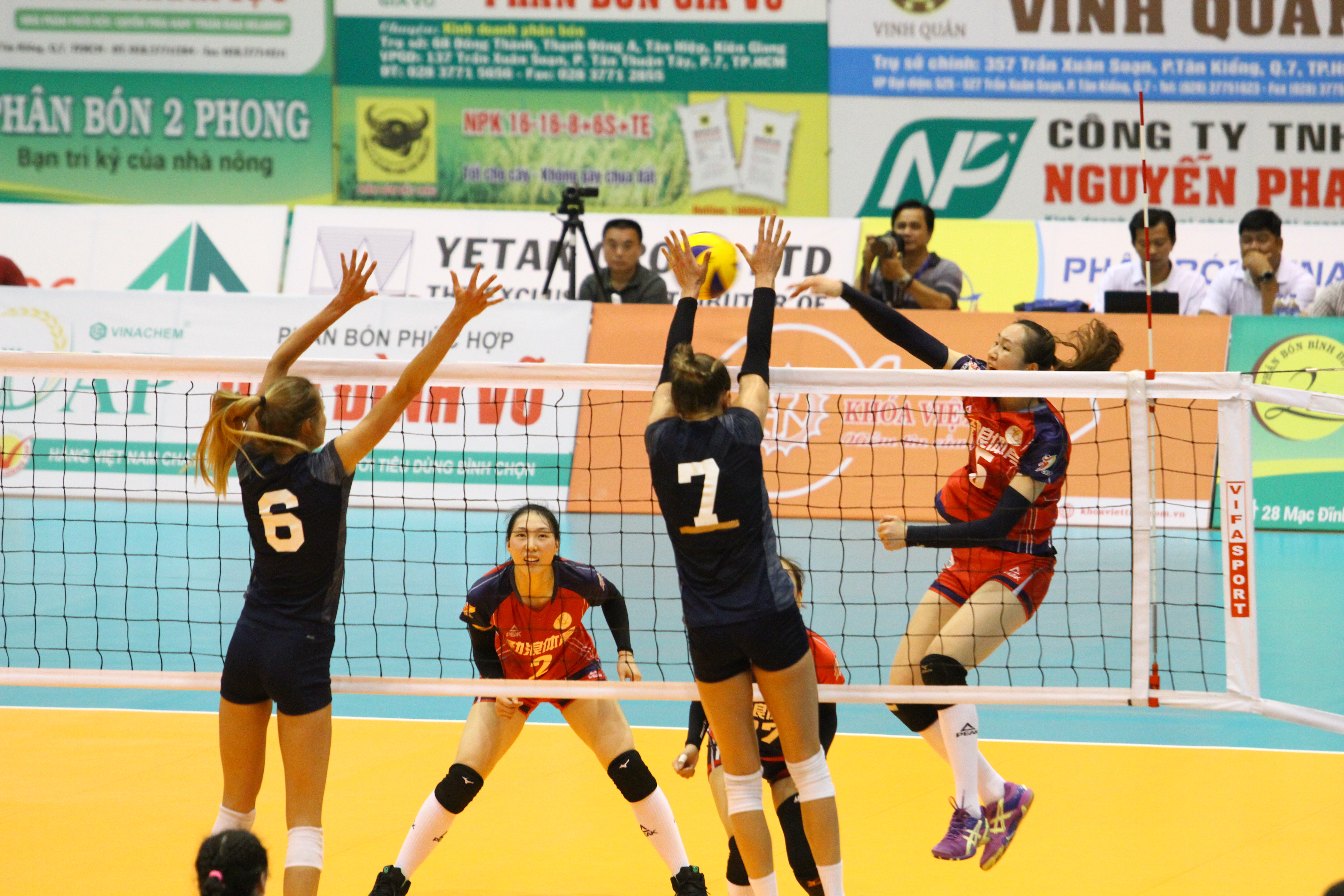 BIP, second place in the previous edition last year, set up an intense battle against Sichuan, but the Chinese side regained their composure to turn the table on the American counterparts, winning narrowly 25-22 25-22 25-23 in an 89-minute clash. 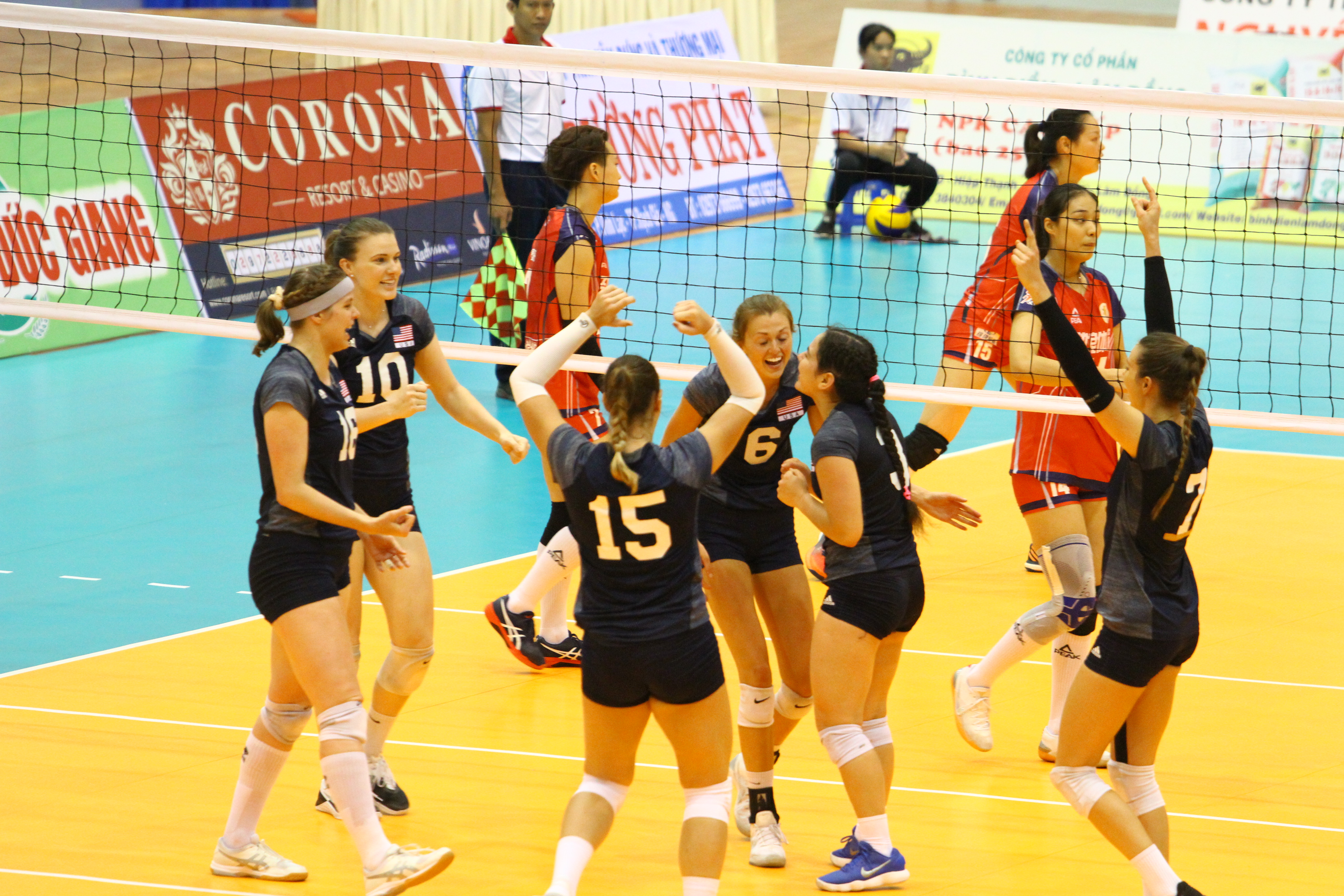 The other Pool B encounter saw Thong tin Lienvietpostbank struggle in a tough match against Hoa Chat Duc Giang to win a thrilling four-setter 26-24 18-25 25-13 25-21 in exhausting 101 minutes. 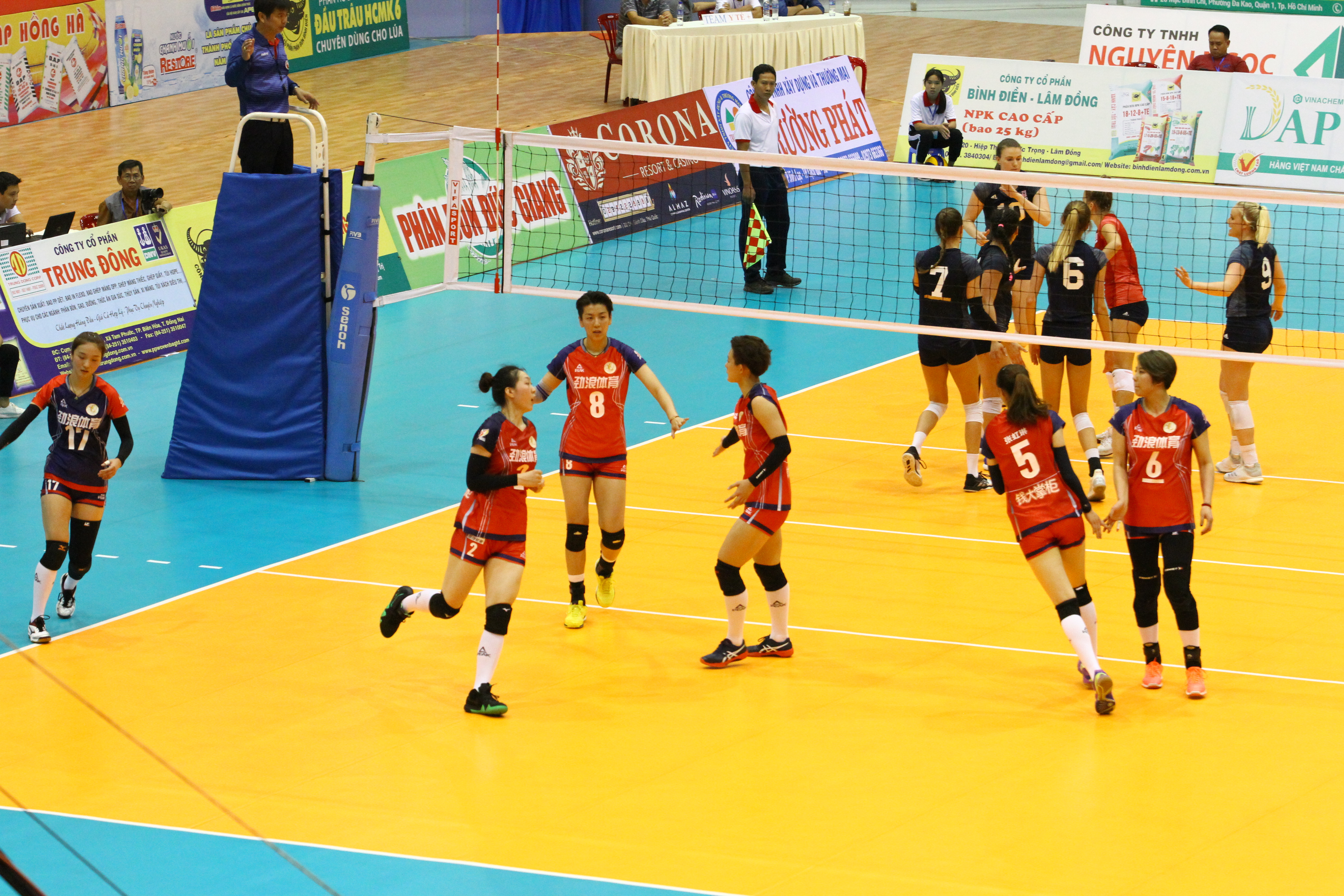 The Pool A matches resume on Wednesday, with Thailand U23 playing their last preliminary match against China’s Nanjing University and VTV Binh Dien challenging Vietin Bank. 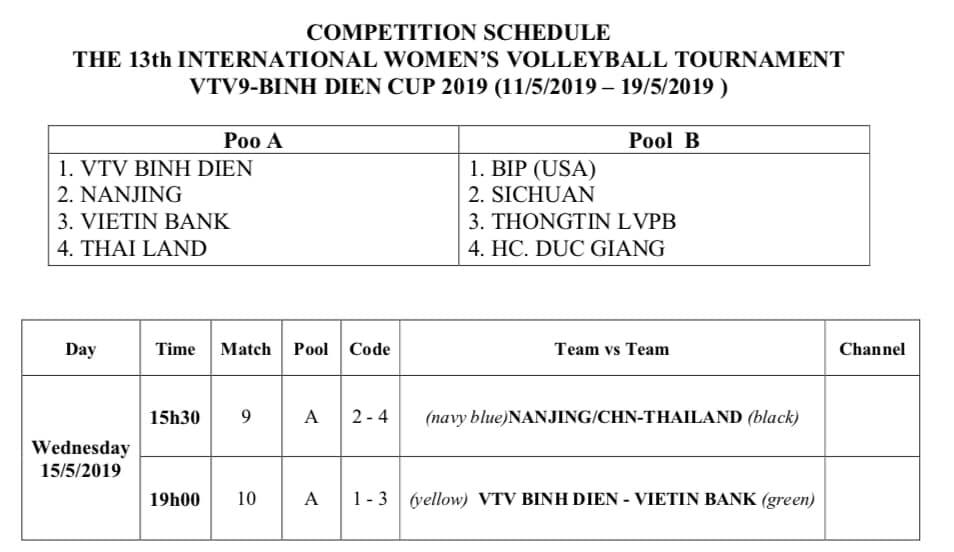 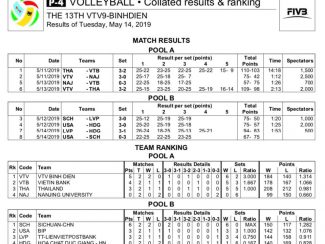 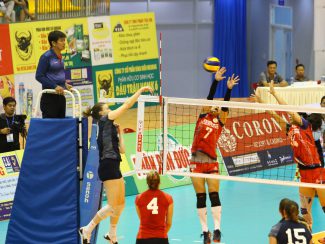 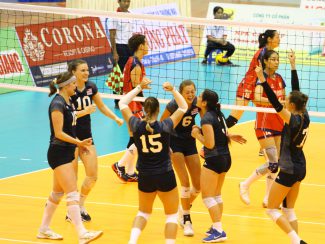