Lausanne, Switzerland, May 14, 2019 – One hundred and thirty action-packed matches in 21 host cities across the globe, from Ekaterinburg in the north to Brasilia in the south and west, to Tokyo in the east and everything in between, set the pace for a thrilling season with the 2019 FIVB Women’s Volleyball Nations League now just one week away.

Sixteen of the world’s top teams get together for an almost month-and-a-half volleyball extravaganza that will keep the world on its toes in this pre-Olympic year that also includes qualifiers for the Tokyo 2020 Olympic Games and the 2019 FIVB World Cup plus a host of continental and regional competitions. 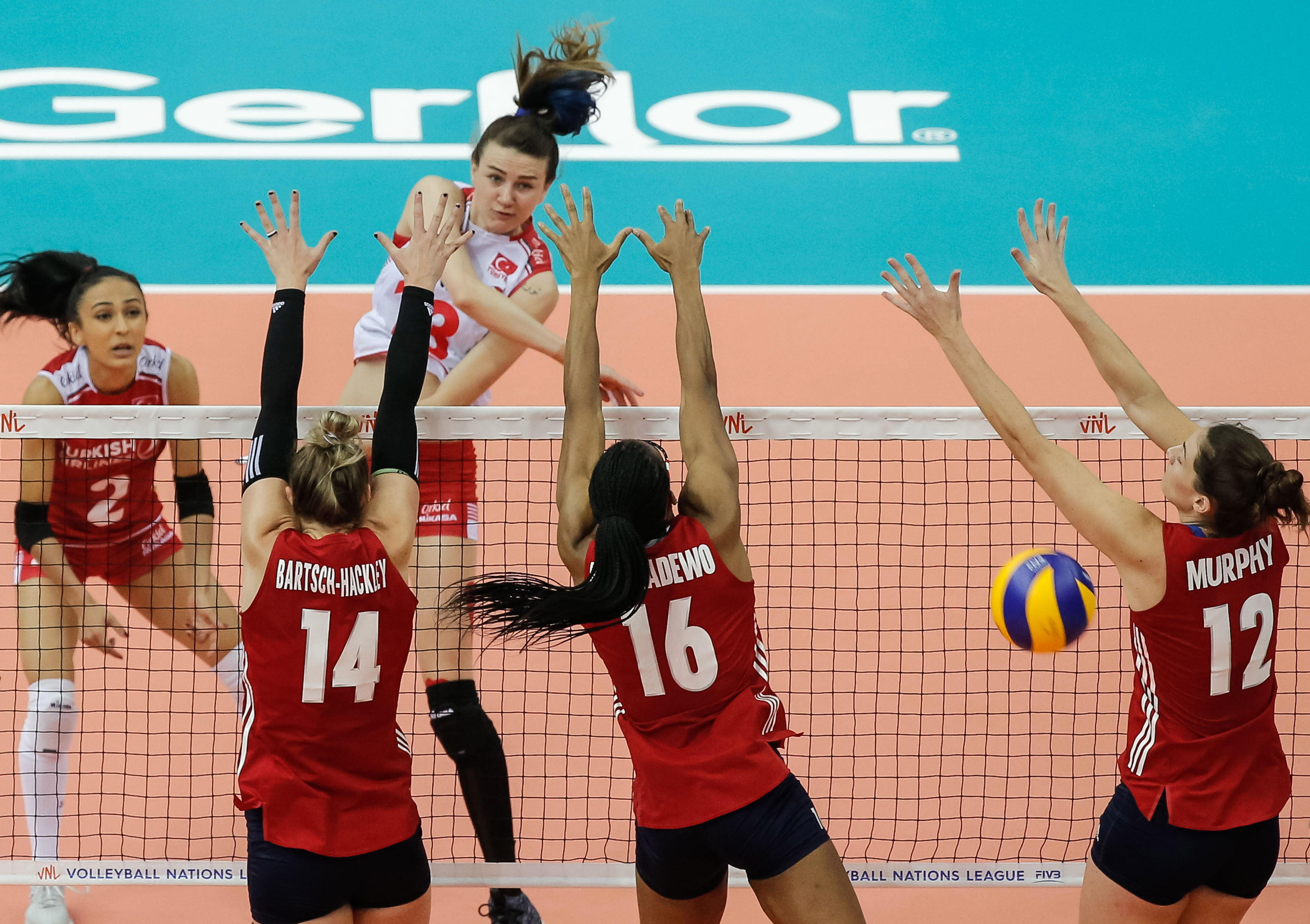 The top five teams after pool play plus hosts China will compete in the Final Six of the 2019 VNL.

The bottom-ranked amongst the Challenger Teams after pool play will be relegated, to be replaced for the 2020 VNL by the winner of the 2019 Challenger Cup. 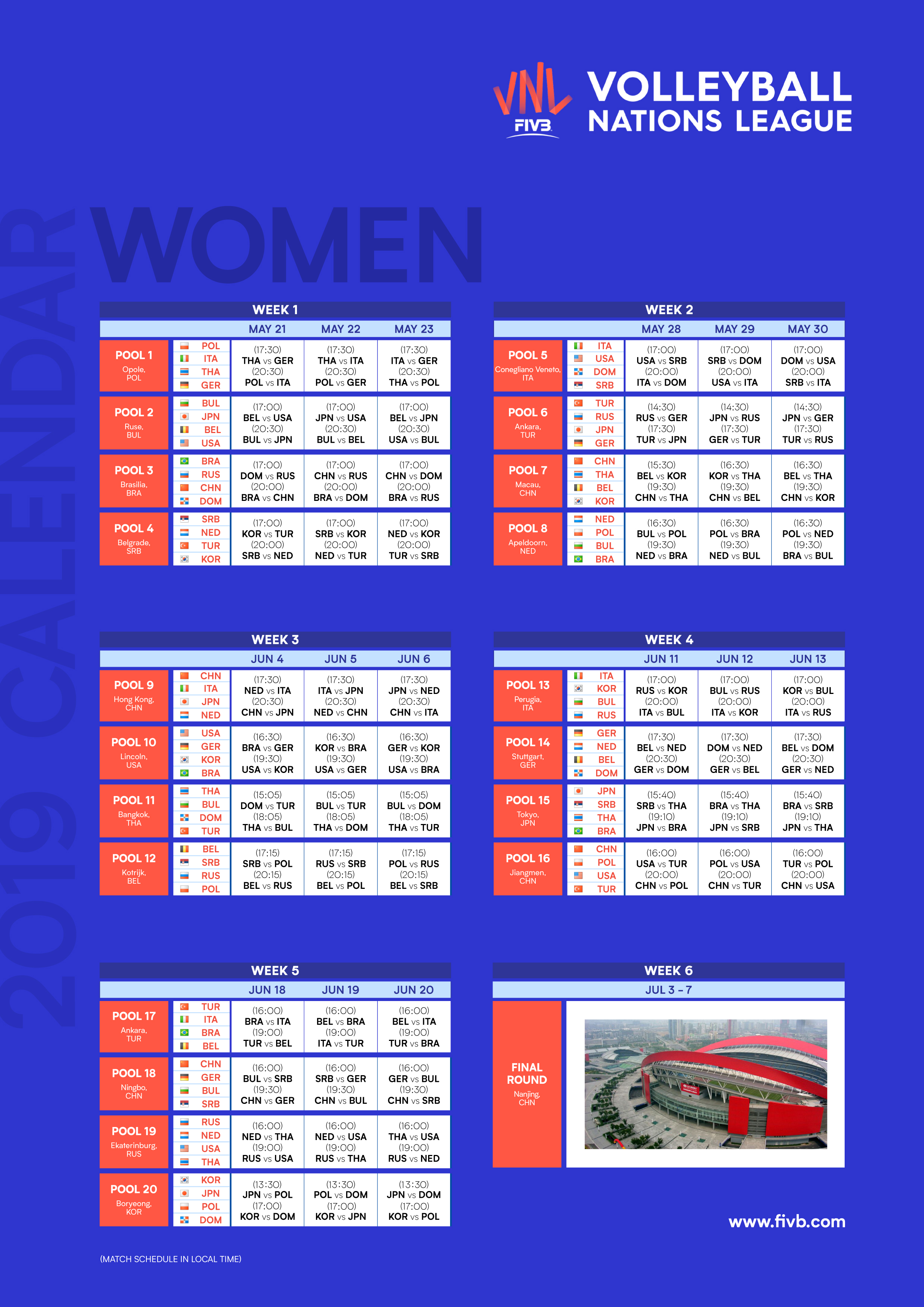 Matches to watch out for, week-by-week:

• Week 1 – Brazil v China on May 21 in Brasilia:
The 2019 VNL opens with a bang when reigning Olympic champions and hosts of this year’s VNL finals China face Brazil. After that tense and incredible quarterfinal at Rio 2016 where China knocked out Brazil from their ‘home’ Olympics after five dramatic sets, any match-up between the two is sure to catch attention.
• Week 2 – Italy v Serbia on May 30 in Conegliano Veneto:
A rematch of the 2018 FIVB World Championship’s phenomenal final, which the Balkan side won in five epic sets. The match sets the tone for the 2019 VNL in its second week.
• Week 3 – Bulgaria v Dominican Republic on June 6 in Bangkok:
They may not be top contenders for a spot in the Final Six, but VNL rookies Bulgaria and well-established Dominican Republic are two of the four Challenger Teams (the others being Belgium and Poland) subject to relegation. This match is certainly right up there amongst those that will determine who stays on for the 2020 VNL.
• Week 4 – USA v Turkey on June 11 in Jiangmen:
The finalists of the 2018 VNL meet again for the second time since that amazing game last year in Nanjing which the Americans won in five extraordinary sets. The two also met in the second round of the 2018 World Championship, with USA prevailing in straight sets.
• Week 5 – China v Serbia on June 20 in Ningbo:
A rematch of the Rio 2016 Olympic Games final which saw the Asian side victorious after four sets. Depending on how the two teams have fared up until this point in the 2019 VNL, this closing match of pool play could well give a taste of the Final Six we could expect. 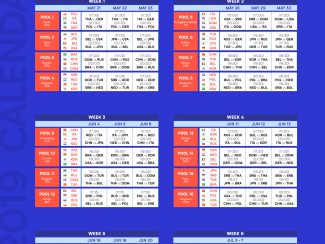 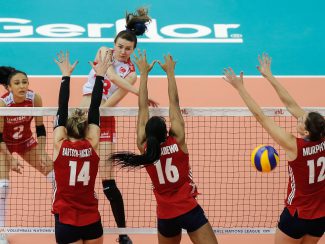 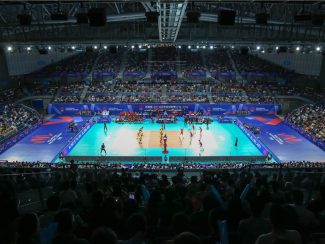