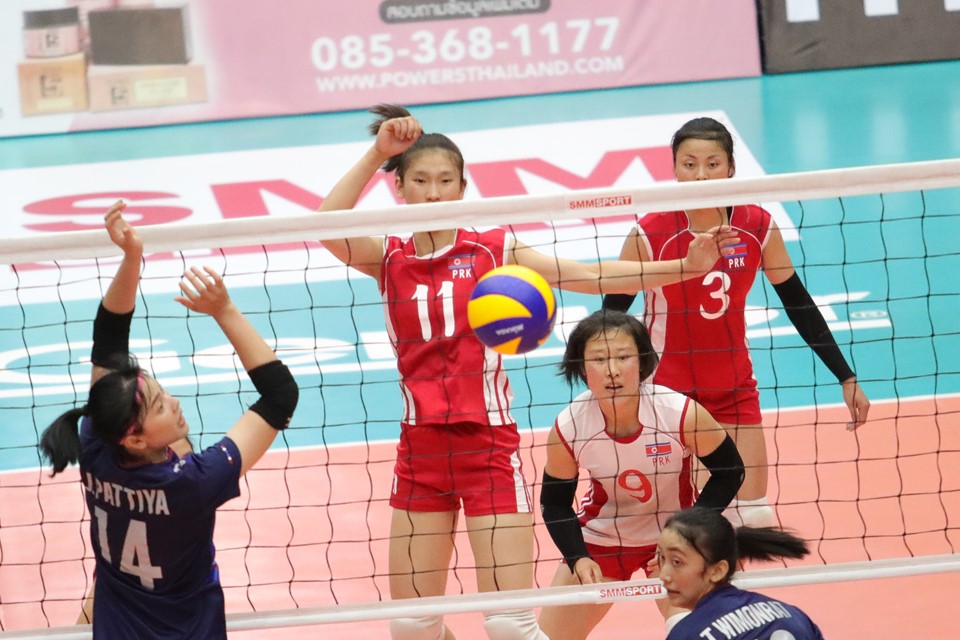 In the first set, Thailand showcased their resilience through spectacular blocking by Tirawan Sang-Ob and Tichaya Boonlert and powerful attacks from Thanacha, who won the Best Opposite Spiker at this year’s VTV9 Binh Dien International Women’s Volleyball Cup in Kien Giang. DPR Korea started slowly and were errors-strewn in the comfortable first set, which was won 25-17 by the Thai side. 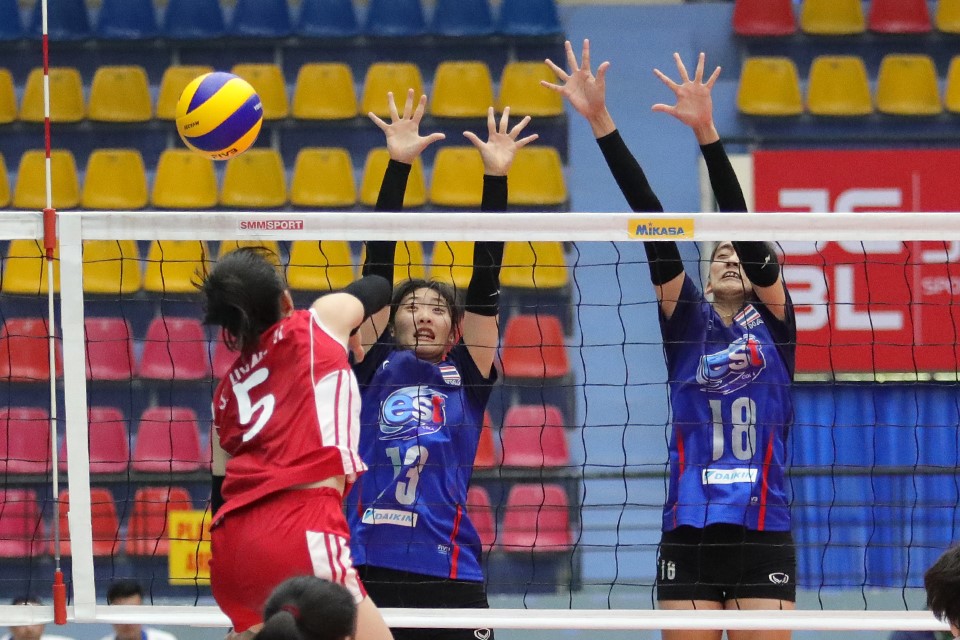 Shrugging off their rust, DPR Korea engineered a fightback in the second set, with Son Hyang Mi attacking devastatingly from all angles to help the Koreans clinch the thrilling set 25-22. Levelling 1-1, both teams were seemingly going through the motion. Thailand, which finished third at the VTV9 event, attempted hard to roar back in the third set, but their standard of play failed to reach great heights as they became more prone with unforced mistakes, allowing the tough rivals several attacking opportunities. The Koreans took the third set 25-19 for a one-set advantage. 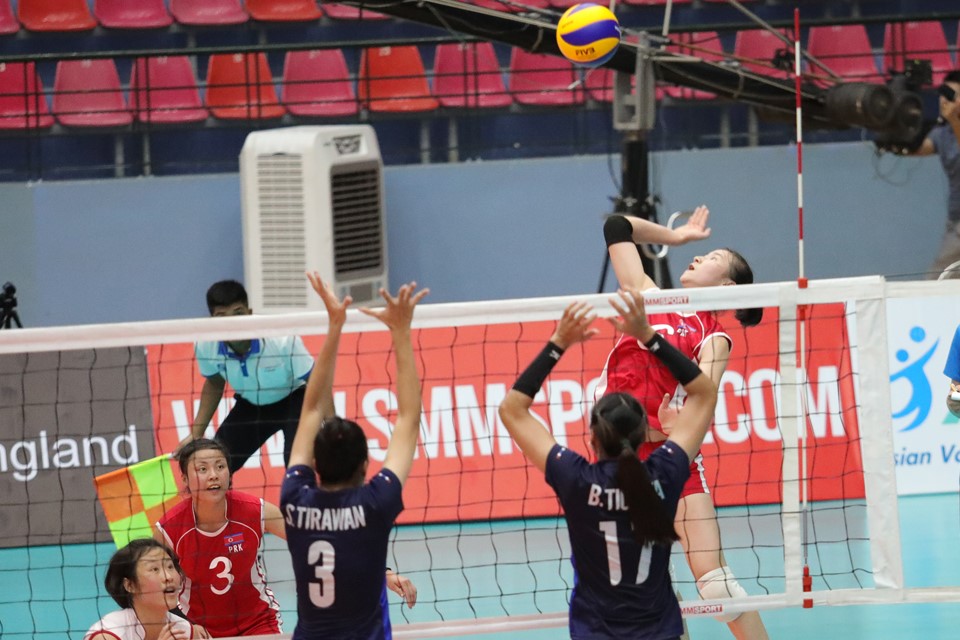 The fourth set turned out to be a see-saw battle as both sides gave it all out to win the set. Thanacha and Son Hyang Mi engaged in a fiery duel when they were on fire, taking turns scoring points in critical moments for their side. The well-organised Koreans fared better defensively to stay in front with just a one-point lead at 36-35. Thanacha saved the day for Thailand as the on-fire opposite spiker continued her awesome form to level it at 36-36.

Pyon Rim Hyang proved to be one of the DPR Korea’s backbone as she scored two points in a row to end the Thais’ determined challenge in the third set. The Koreans captured the exhausting set 38-36 and match. 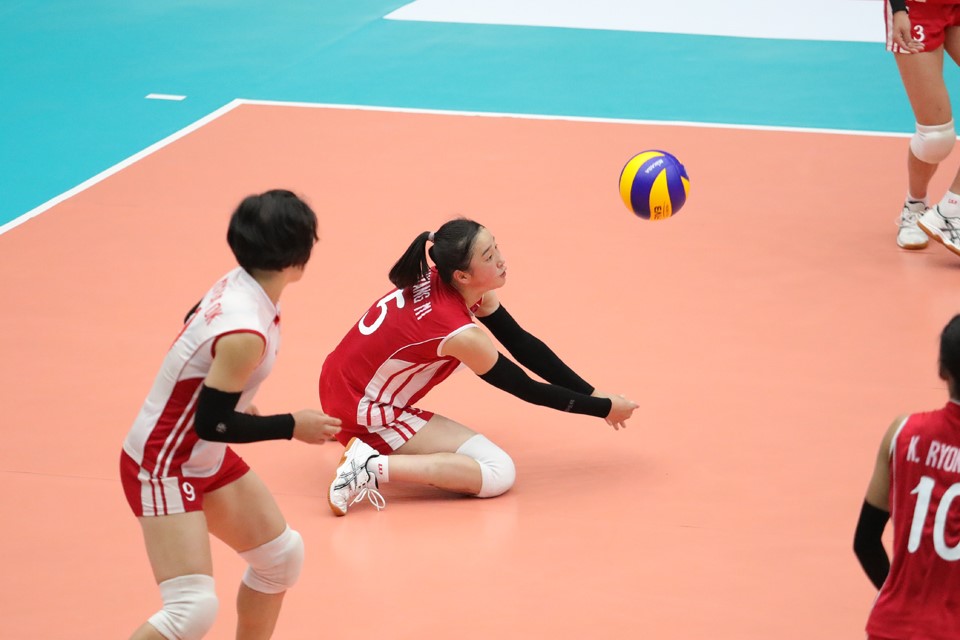 Son Hyang Mi, who won the Best Outside Spiker at the last year’s VTV Cup in Ha Tinh, where DPR Korea claimed silver medal, chipped in with 38 points including 37 attacks from 80 attempts for DPR Korea, while Pyon Rim Hyang made good company to add 23 points for the winning side. Thanacha led Thailand with 26 points including 24 attacks from 52 attempts.

After a stunning win against Thailand, DPR Korea bowed to their supporters inside the gymnasium and hurriedly left the court without giving any interview.

“DPR Korea played a good defensive game against us. Their reception also lived up to expectation. We tried to come up with fast attacks, but our setter lacked confidence, resulting in several mistakes my players made. I praised the Koreans for their good blocking and consistency. We still have many things to learn and correct. We next take on Australia, the team we beat twice during our warmup matches. I believe that my players will play with more confidence against the team they had beaten before. We will learn in that match to improve our tactics and techniques for coming matches,” said Thailand head coach Chamnan Dokmai. 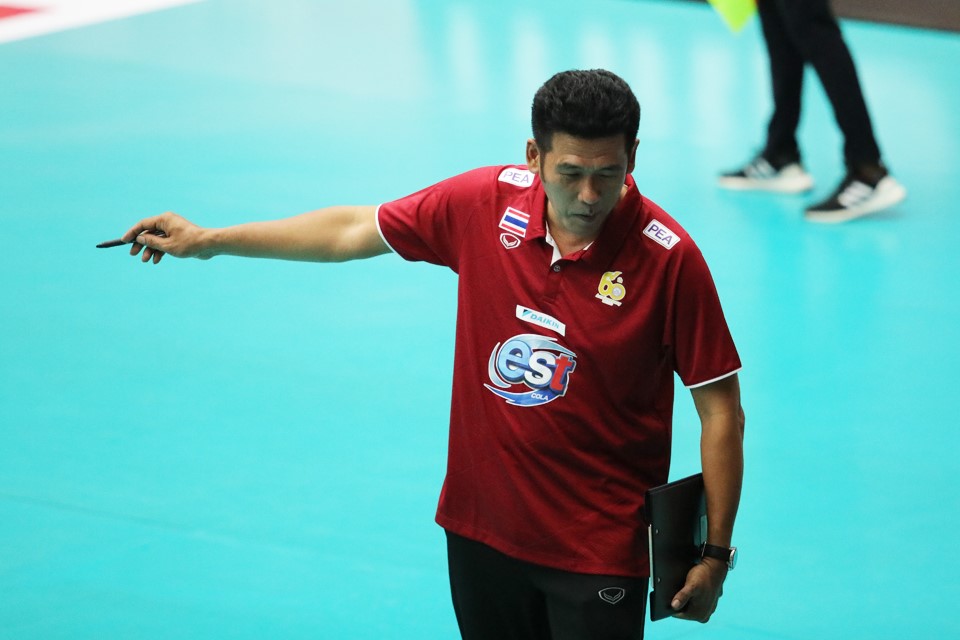 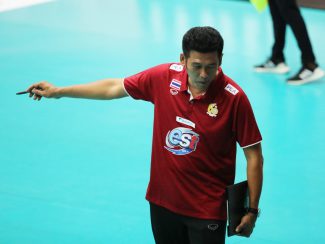 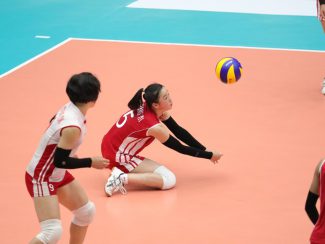 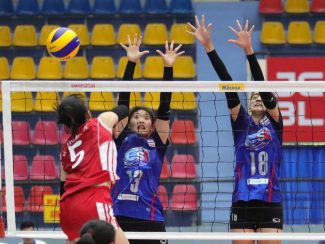 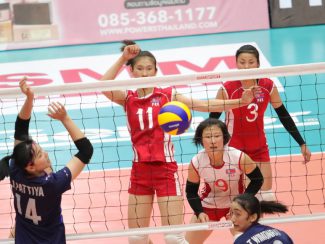