Daniela Alvarez Mendoza has already been on six age-category world or continental championship podiums, but as the FIVB Beach Volleyball U21 World Championships are about to get underway in Thailand on Tuesday, the Spanish hopeful has a “curse” to break. With six bronze medals on her tally, her mission is to finally get past that semifinal and play for the crown.

Just three days after the U19 World Championships were completed at the same venue, Bang Tao Beach in Phuket is set to welcome the world’s best of both genders in the U21 age category. 66 pairs (34 men’s and 32 women’s duos) from 27 different countries are about to take part in the competition to be held from December 14 through 19.

Men’s qualification matches are scheduled on Tuesday, a day before both genders’ main draw action gets underway on Wednesday. The 32 teams in each main draw will be split into eight round-robin pools. The pool winners will advance straight to the round of 16, while the pool runners-up and the third-placed pairs will have the chance to make it there through the round of 24. 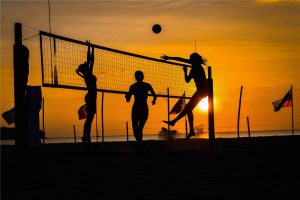 At the previous edition of the U21 World Championship, in Udon Thani, also in Thailand, two years ago, Daniela Alvarez finished third together with Maria Belen Carro. In 2018, she took the U19 bronze with Tania Moreno Matveeva at the championship in Nanjing. This week in Phuket, the 20-year-old Spaniard will play alongside Sofia Gonzalez Racero. The pair made the podium at the 2018 CEV U18 European Championship in Brno.

Tania Moreno will also play in Phuket, but as a member of the other Spanish women’s duo, with Ana Vergara as a partner. Moreno is in a way an age-category event “veteran”. She has previously played at five world and 10 continental youth or junior championships, as well as the Buenos Aires 2018 Youth Olympic Games, and collected two silver and two bronze medals. Both runner-up finishes were achieved together with Vergara, at the 2019 U18 European Championship in Baden and the 2021 U20 European Championship in Izmir.

There are nine more players on this week’s line-up at Bang Tao Beach, who have previously made it to the Youth Olympic or various world championship podiums. 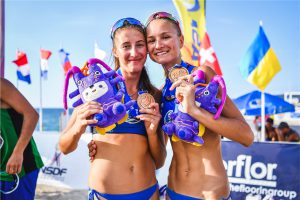 Russia’s Mariia Bocharova, who failed to defend her U19 world title last week, will try to make up for it at the U21 event. She is also a reigning Youth Olympic champion and a silver medallist from the U21 World Championship in Udon Thani. Ukraine’s Anhelina Khmil and Tetiana Lazarenko, on the other hand, celebrated their U19 bronze on Saturday with the upcoming U21 tournament in mind. Norway will be represented by Buenos Aires Youth Olympic bronze medallist Frida Berntsen in partnership with Birgitte Maaseide.

Reigning Youth Olympic champions David Ahman and Jonatan Hellvig of Sweden are expected to headline the field on the men’s side. Dmitrii Veretiuk, who brought the 2018 U19 World Championship gold home to Russia in a team with Denis Shekunov, will now try to match this achievement at the U21 level with Aleksei Arkhipov by his side. Thai heroes Netitorn Muneekul and Wachirawit Muadpha made the home fans proud by snatching U19 silver last week and will represent the host country in Phuket this week again. 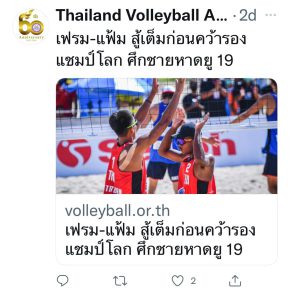 The event at Bang Tao Beach will be the 18th edition of the junior world championships since the first one was held back in 2001. Brazil is the most decorated country in the history of the competition, with nine women’s and seven men’s titles on its tally, including both genders’ crowns at the previous three editions, towards a total of 25 medals. Polish pairs have won five gold medals, three on the men’s and two on the women’s side.

Brazil’s Eduarda Santos Lisboa (Duda), the current number one in the women’s FIVB World Ranking alongside Agatha Bednarczuk, is a two-time winner of the U21 World Championship. The list of past champions includes the names of many other current top stars of beach volleyball like Nina Betschart, Anouk Verge-Depre and Joana Heidrich of Switzerland, Marleen van Iersel of the Netherlands, Barbara Seixas, Carol Solberg, Taiana Lima, Bruno Schmidt and Pedro Solberg of Brazil, Michal Bryl, Bartosz Losiak and Piotr Kantor of Poland, Paolo Nicolai of Italy, Aleksandrs Samoilovs and Martins Plavins of Latvia, and Pablo Herrera and Raul Mesa of Spain, to name a few.

The semifinals and the medal matches for both genders will be streamed live on the Beach Volleyball World video channel on YouTube https://www.youtube.com/c/BeachVolleyballWorld 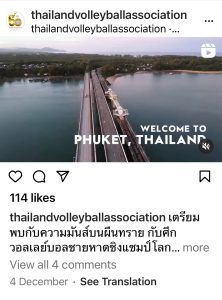