Quang Ninh Provincial Gymnasium offers volleyball at the 31st SEA Games with a 5,000-seat grandstand that can be expanded to a maximum of 6,660 seats. In particular, the floor can be divided into 9 different spaces to practice together. 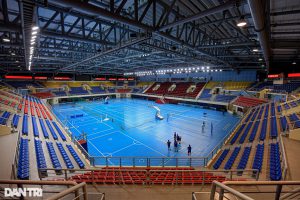 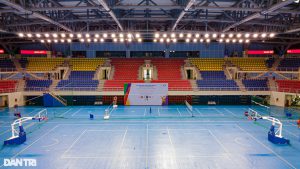 Located on the nearly 14.9-acre campus of the sports complex, the 5,000-seat sports arena, viewed from above like a giant turtle, stands out with its sinuous 3D architectural lines, which are the hallmark of a giant turtle Gate of Ha Long City. 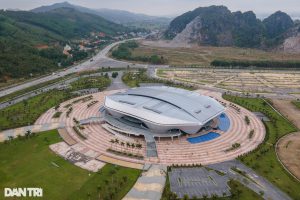 According to the Sports Complex Management Board, the 5,000-seat sports arena will be meticulously implemented from design to construction, applying the latest technologies to create a world-class project. 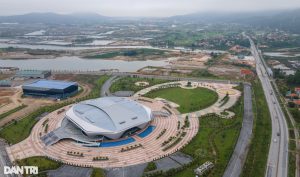 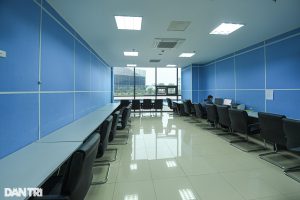 The central lighting system specialized in volleyball and many other modern devices are also equipped and well prepared for the 31st SEA Games. 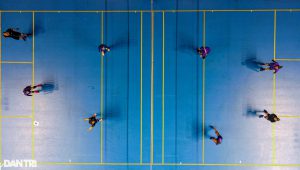 The stadium floor can be divided into 9 different fields at the same time for practicing basketball (1), volleyball (2) and badminton (6). 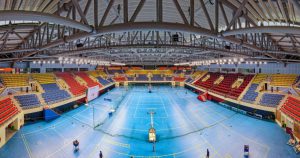 Speaking to PV, Mr. Luong Dinh Quang, director of Quang Ninh Provincial Sports Competition and Training Center, said that all preparations for the 31st SEA Games have been completed up to now. It is also an opportunity to promote the image and residents of Quang Ninh to international friends when they come to the 5,000 seat gym.

The grandstands were filled with banners and propaganda slogans for the 31st Southeast Asian Games in Vietnam.

The facilities on the grandstands are fairly new and solid and ready to welcome spectators to watch the volleyball competition at SEA Games 31. Mobile underground grandstands will be used, opening up 1,600 more seats, bringing the total capacity to 6,660 seats. 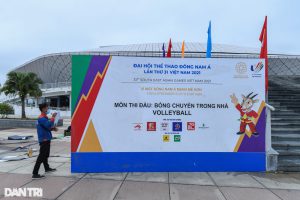 During the recent visit to the sites of the SEA Games, the delegates and survey teams from different countries were impressed and highly appreciated Quang Ninh’s preparation. 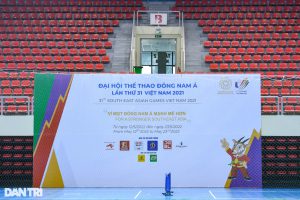 Currently, the 5,000-seat multipurpose stadium is a training ground for badminton and volleyball players to prepare for upcoming tournaments.

At the 31st SEA Games, in which a total of 10 men’s and women’s volleyball teams participated, the Vietnamese team set the goal of winning gold for men and silver for women. 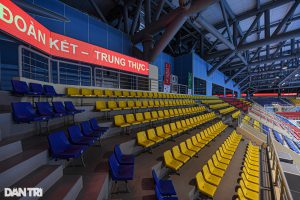 Banners, large banners welcoming the 31st SEA Games were placed along the entrance to the sports complex where the volleyball competition will take place. 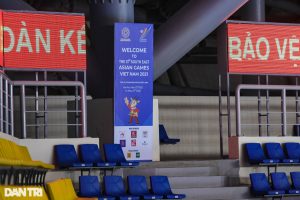 The work demonstrates the determination of the Quang Ninh government and people to integrate with the world in many fields, including sports, and to help promote the beauty of the country and people of Quang Ninh to international tourists, especially when SEA Games 31 is approaching. 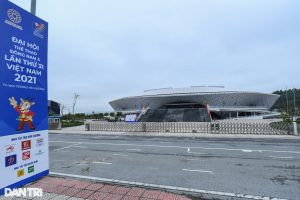 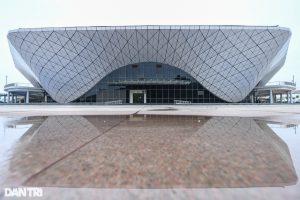