Roi Et, Thailand, June 3, 2022 – All three Thai pairings, two Kazakh teams and one apiece from Iran, Japan and China captured convincing wins in their respective pools to cruise into the eagerly-anticipated men’s quarterfinals of the 4th Asian U19 Beach Volleyball Championships at Ban Nong Ya Ma Community School here on Friday. 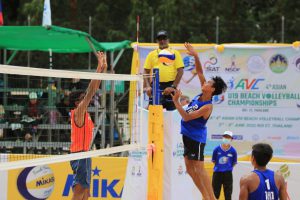 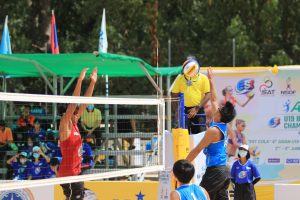 At the end of the pool round-robin preliminaries on Friday, Thailand’s Metin/Nanthiphat topped Pool A, followed by Iranians Nima Ormagei/Mohammad Esmaeil Naghipour and Australians Ryan/Croft. 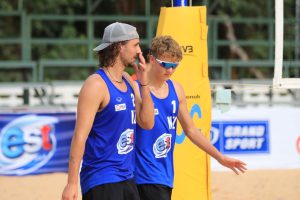 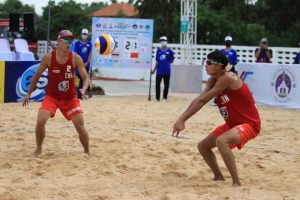 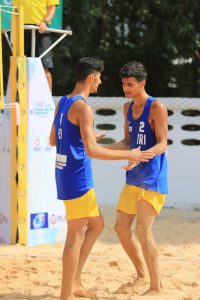 According to the competition rules and regulations, the top two teams from each pool will enter the round of 16 with the respective seedings – 1A as top seeds, 1B as second seeds, 1C third seeds, 1D fourth seeds, 1E fifth seeds and 1F sixth seeds. The four best third-ranked teams will also be advancing to the round of 16. 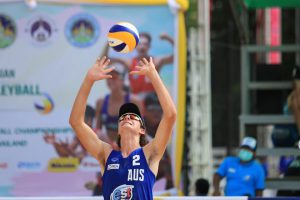 In the afternoon round of 16, the afore-mentioned three Thai pairings still kept hopes of the host nation alive as all of them picked things up to overcome their respective rivals to secure quarter-final berths. 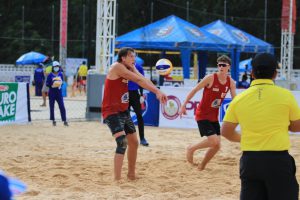 Metin and Nanthiphat pulled off a lop-sided 21-11, 21-7 win against Singaporeans Daniel Wei Shen Soon/Ranjiv Sasikumar just in 25 minutes in the round of 16, while Narakorn/Wichaya survived a scare of Zhang Tai/Hong Weiqiang to stun the strong Chinese duo in hard-fought three-set thriller 22-24, 23-21, 15-13 in gruelling 57 minutes and Phuthanet and Saiphirun routed Malaysians Looi Kaixu/Hong Jiayuan 21-17, 21-18.

Japanese Takeshi Miyamoto/Koki Miho, Chinese Song Jinyang/Sun Xinglong and Iranians Habib Naseri/Mahdi Alizadeh Koyakhi also made their mark on Friday with their similar sensational 2-0 wins against their respective rivals in the round of last 16. 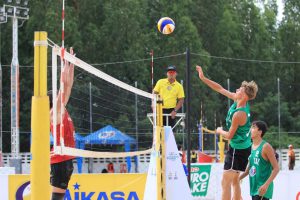 Two Kazakh pairings, Ivailo Todorov/Klim Ryukhov and Miras Assylbek/Daniil Zhigalov, booked their tickets in the quarterfinals following their exceptional wins on Friday, with the former surprising Iranians Nima Ormagei/Mohammad Esmaeil Naghipour 21-19, 21-13 and the latter coming from behind to beat Kiwis Charlie Dalton/Juraj Krajci 12-21, 21-19, 15-13 in exhausting 48 minutes. 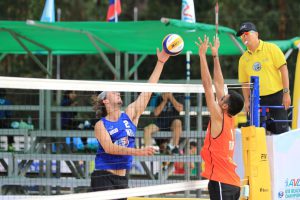 The four winners will make the cut for the do-or-die semifinals later on the same day. 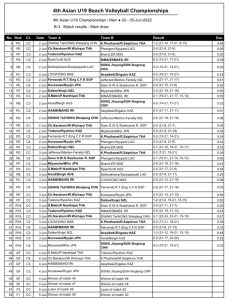 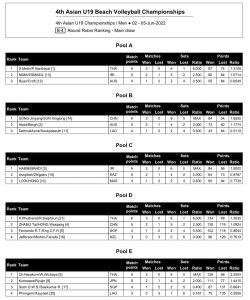 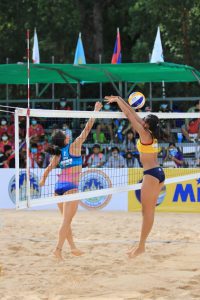 Patcharaporn and Jidapa, who claimed bronze at the previous U19 edition last year in Nakhon Pathom and also fourth place at the last year’s Asian U21 Championships at the same venue, netted their three wins in succession on Friday following a scintillating 21-11, 21-18 triumph over Hong Kong China’s Leung Yusze/Ng Kiwing in Pool A. 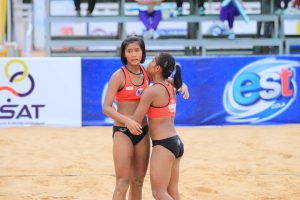 In Pool B, Chinese Li Han/Yao Xin also rode the crest of confidence after their third comfortable 21-13, 21-8 win against Singaporeans Ang Huiying/Tan Kay Gene in the top-flight championships. 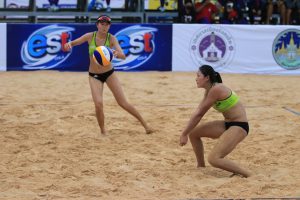 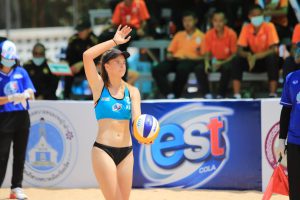 The 17-year-old Fejes is looking to defend her Asian Women’s U19 Championships crown, which she won with Alisha Stevens in July last year in Nakhon Pathom, along with the U21 title in the same year. 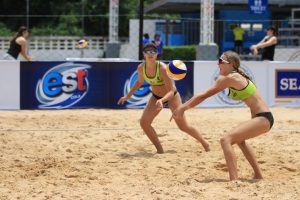 Pool plays continue on Saturday, followed by the afternoon quarterfinals, where only top two teams from each pool will be advancing. 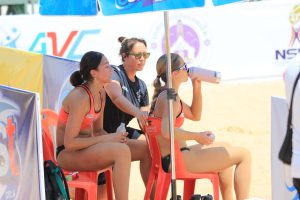 Top teams from Pool A, B, C and D will be top seeds, second seeds, third seeds and fourth seeds respectively, while the second-ranked teams of each pool will be drawn to fifth- to eighth seeds. 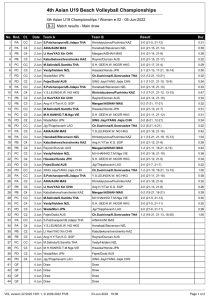 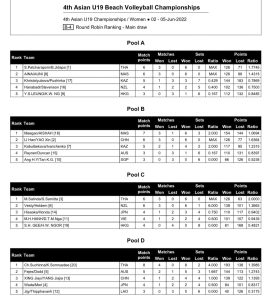 The double-gender competition continues through Sunday, the final day of the championships. Top five teams from each gender will represent Asia in the FIVB Beach Volleyball U19 World Championships in Dikili of Izmir, Turkey from September 14 to 18, 2022. 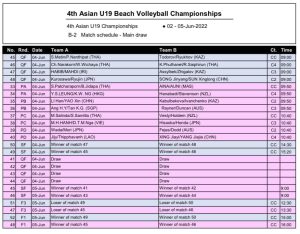 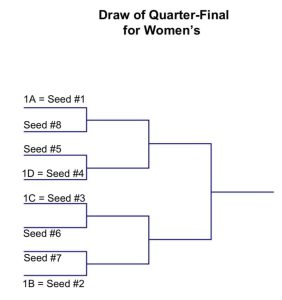