Tianjin, China, May 4, 2019 – Defending champions Supreme Chonburi of Thailand proved their superiority over Altay of Kazakhstan 25-23, 25-18, 25-15 in the semi-finals of the 2019 Asian Women’s Club Championship to make one step away from defending their title for consecutive three years. 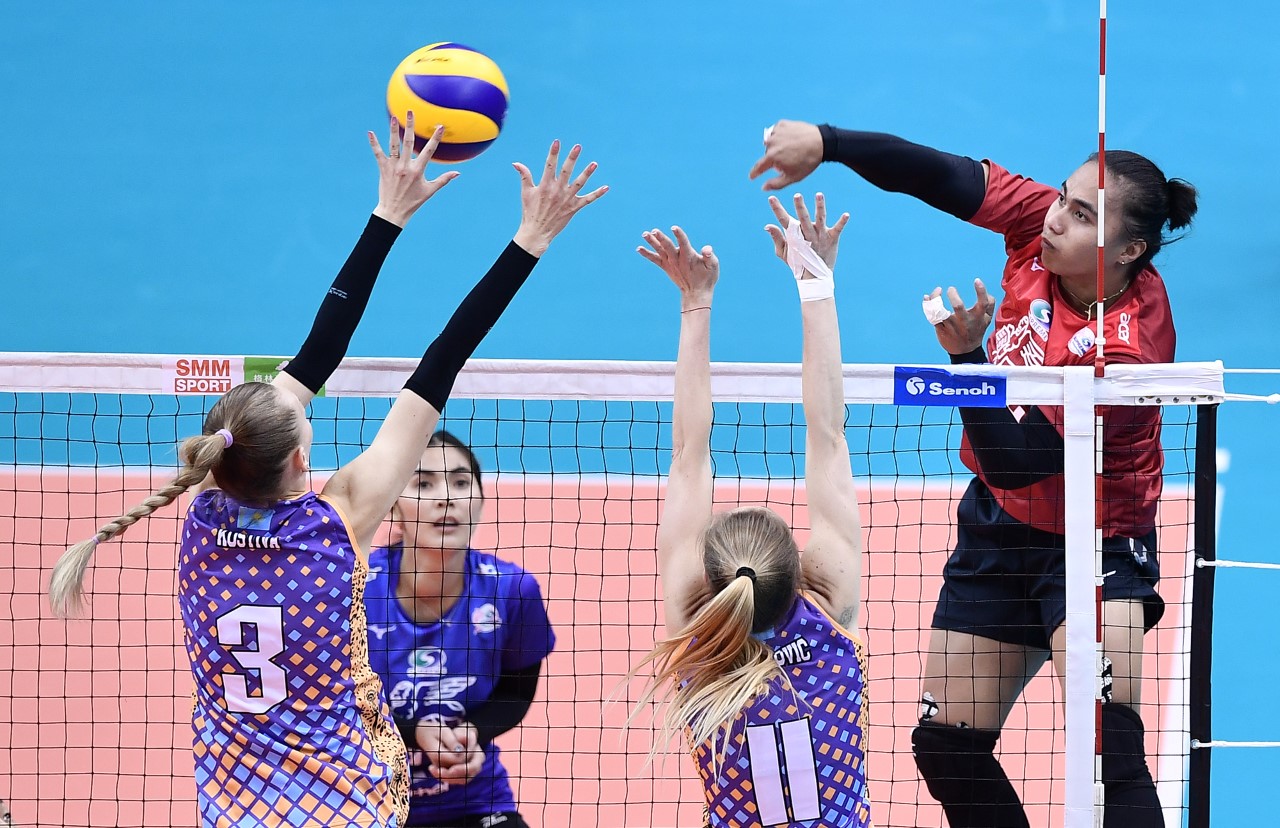 Against the much taller Kazakhs, Supreme showcased their fast and changing attacks for a commanding 14-9 lead following a smart dip by captain Wilavan Apinyapong. However, Olga Drobyshevskaya and Kristina Anikonova contributed a sequence of fast and wide spikes to help Altay close the margin at 14-14. Despite the close pursuit by the Kazakhs from 15-15 to 21-21, Supreme managed to gain the upper hand. However, following a flash attack By Ajcharaporn Kongyot, the Thai side reached a crucial stage with a two-point clear at 24-22. Unwilling to lose the tight set, Altay’s head coach Iurii Pachenko requested a challenge in order to disturb the opponent’s rhythm as they had run out of timeouts. They successfully saved one set point but their good show did not last long. Thanks to a perfect reception, Pleumjit Thinkaow finished the first set 25-23 with a lightning attack. 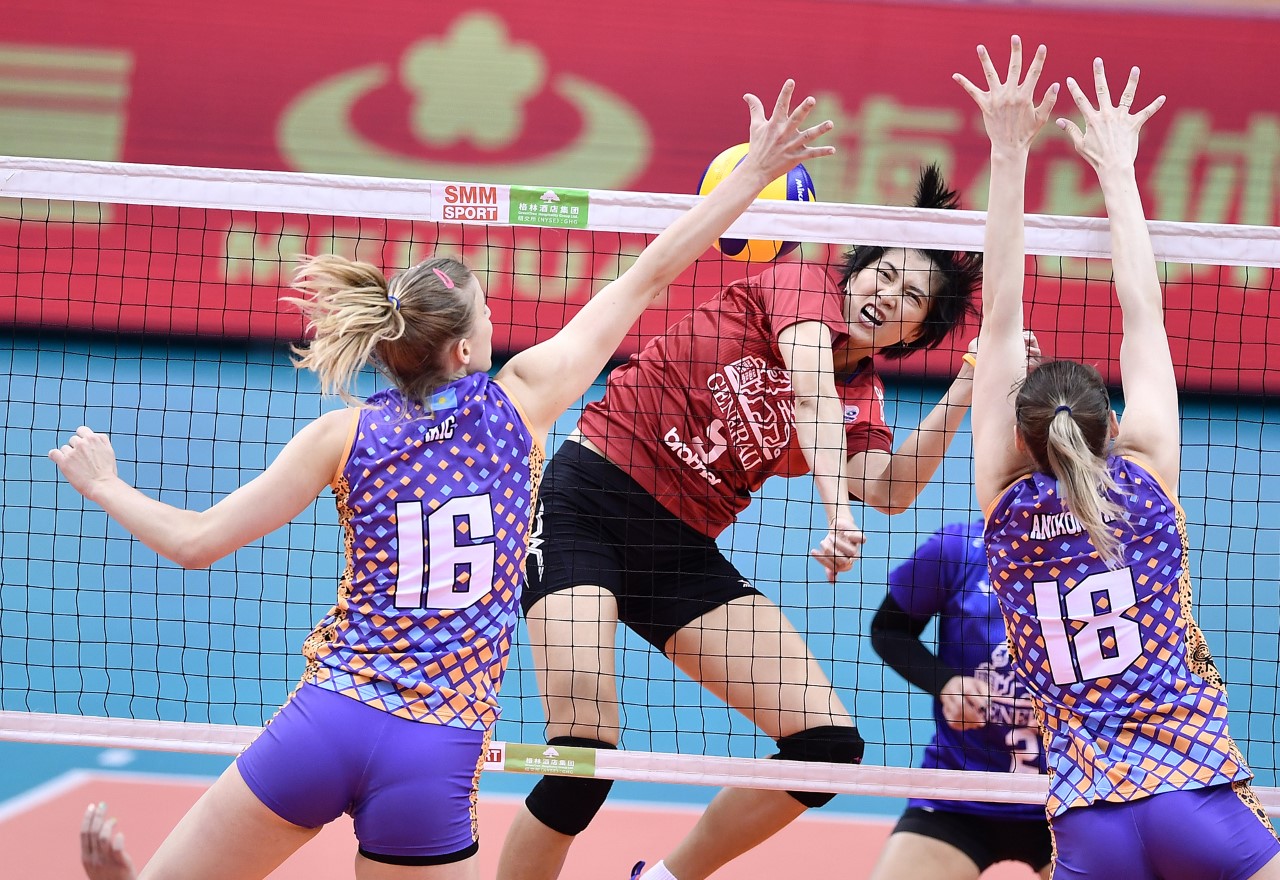 The second set saw Supreme commit several unforced mistakes in the beginning, allowing Altay to score points easily to keep up with them and instead, seize the narrow 10-8 lead. After the timeout, the Thais reinforced their defense, pushing the opponents to make more errors, while their spikes kept more piercing, featuring Indonesian Aprilia Santini Manganang throwing canon-like attacks to Altay one after another. Following two amazing scoring waves from 9-11 to 15-11 and from 15-12 to 20-12, Supreme established a comfortable advantage for their final set win at 25-18. 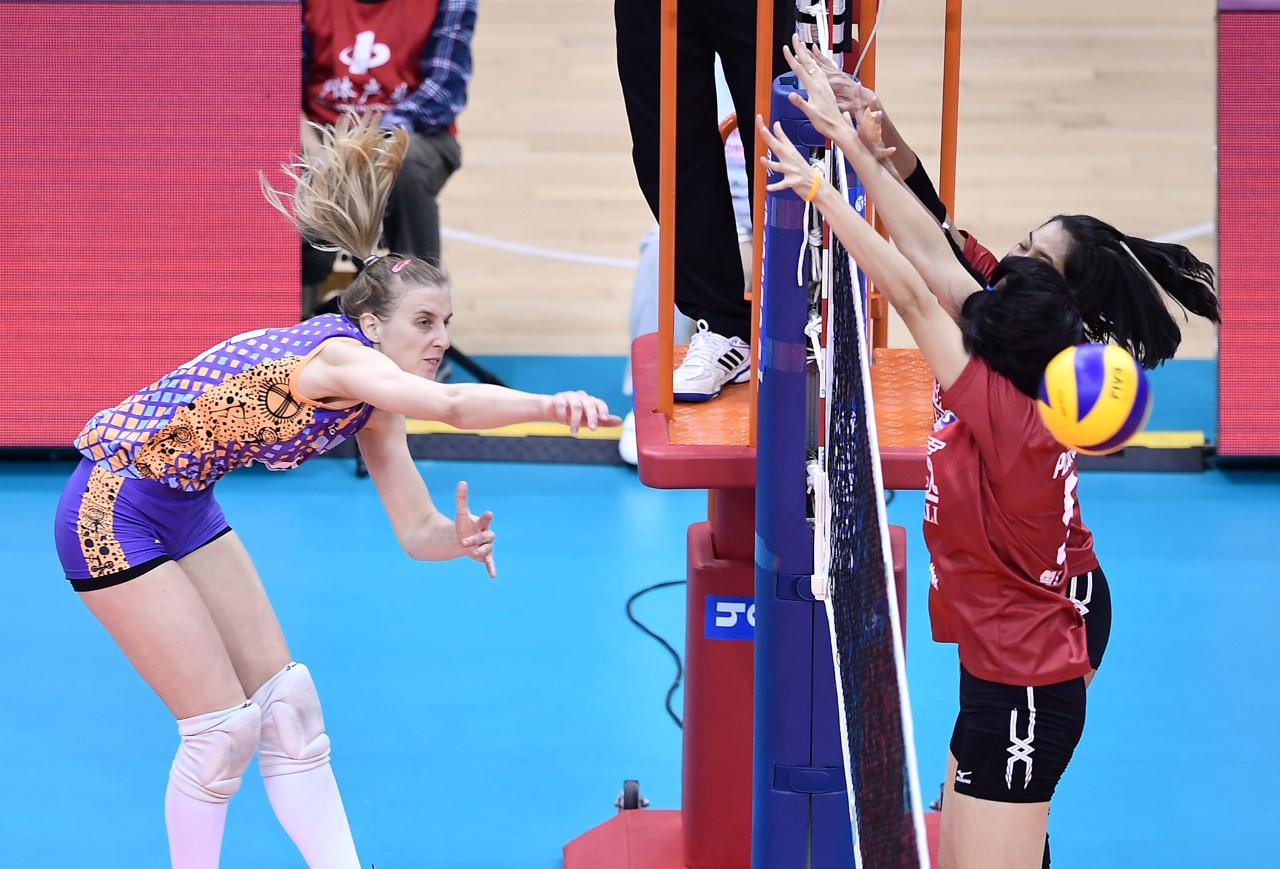 Altay committed two attacking errors, seeing the Thais race to an early 4-1 lead to begin the third set. Ajcharaporn and Pleumjit helped widen the gap to 6-1 with an ace and a fast spike. Altay tried to pounce back but the dogged defense of Supreme made their efforts useless as the ball could seldomly touch the Thai court. Instead, Aprilia Santini Manganang and Ajcharaporn became thorns in the Kazakh side as they unleashed killing spikes alternately from both wings to put Supreme in front 15-5. Unable to fill such a big margin, Altay had to give up the set in 25-15 following a service error.

“I am happy to win the match. We had good motivation before the start of the match. I think we did better in details than the opponents. Besides we had a good adaption to the opponent’s height advantage since we have several experienced payers knowing what to do,” said Wang Na, Chinese aid of Supreme Chonburi. 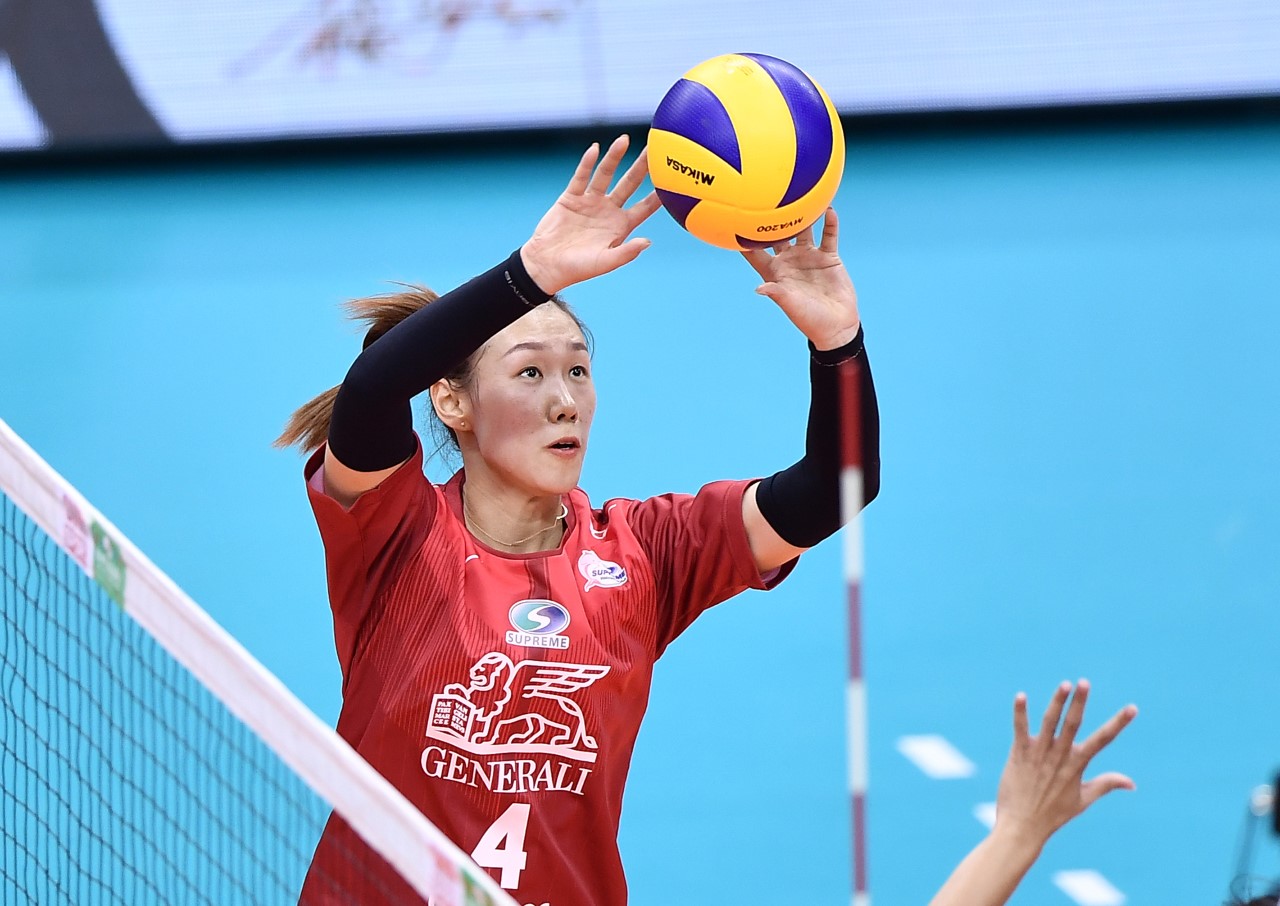 “For the final, we will probably meet hosts Bohai Bank Tianjin. I thinks we will focus on ourselves to play our quickness and combination attacks. We are not afraid of the hosts and we have confidence,” she added.