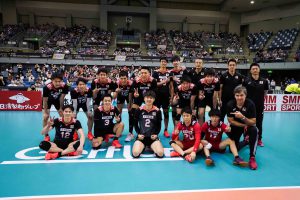 Monday’s main event at the Chiba Port Arena saw Ran Takahashi’s power-packed performance of 26 points, proving to be ever-reliable in passing the ball, and scoring on attack. 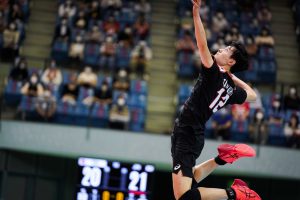 Issei Otake complemented well as he proved lethal from the right side. 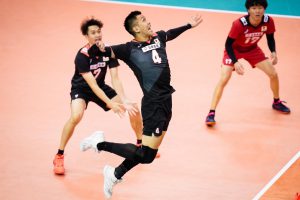 Meanwhile, Ali Ebrahim operated from the flanks while Abbas AlKhabbaz activated the middle attack. A service ace from gave Bahrain the 16-15 edge at the second technical time-out. 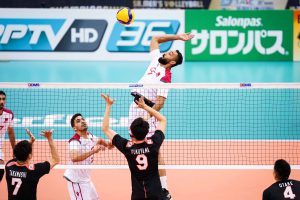 Teams tried to edge each other in side-out, until Bahrain blasted three straight stuff blocks to reach 25-23 in the first set.

Japan bounced back in the second set with increased variety in their plays. Each hitter on the Japanese side was ready to commit to the attack. 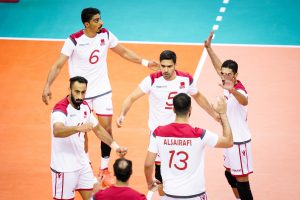 Bahrain unleashed heavier serves that punctuated their intent to forge ahead. They also showed that they could run the middle attack quite effectively.

The hosts pulled away with 25-17 in the second set, as they demonstrated a well-run offense combined with good mastery of floor defense.

Ebrahim maintained his explosive performance, gaining a good measure of success from the wings, by varying his angles and speeds. Bahrain’s middle attack also proved relevant against their opponents’ nearly seamless system. 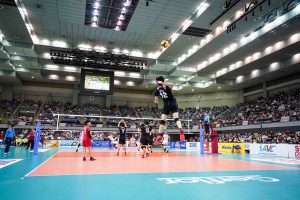 Coach Yuichi Nakagaichi wanted to break away from the tight race and called upon Kento Miyaura for Japan’s right side attack. As Bahrain lost grip with their errors, Takahashi closed the third set at 25-23 with a cross-court winner. 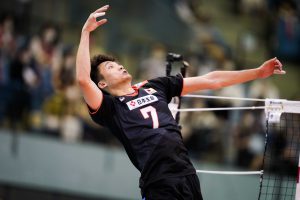 In the fourth set, Miyaura further weaved his magic with his lightning swift spikes from the right, Kenta Takanashi was Japan’s wingman at left.

Bahrain stuck to their usual guns, and also engaged Naser Anan from the pipe, but later went on to commit costly errors. 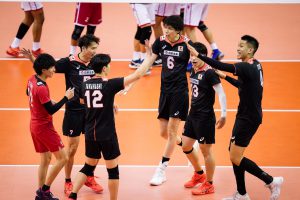 The Japanese squad slowly pulled away and finished the match at 25-16 as Takanashi took a swipe at the left. 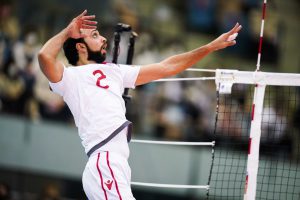 The host team will face India on Tuesday, 18:00 local time, while Bahrain will play against Qatar in the earlier match (12:00 local) in the main competition hall, Chiba Port Arena.