THAILAND, AUSTRALIA THROUGH TO WOMEN’S SEMIFINALS OF 4TH ASIAN U21 BEACH VOLLEYBALL CHAMPIONSHIPS 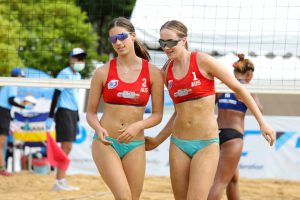 Australia2’s Jasmine Fleming/Jesse Mann registered two great wins on Tuesday for three in succession to top Pool A at the end of the pool round-robin preliminaries. The formidable Aussies outclassed Indonesia in their opening match on Monday and remained unbeaten the following day. 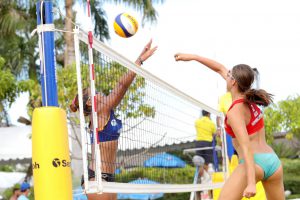 Fleming and Mann stole the show in the morning Tuesday’s daunting encounter against top seeds Thailand1’s Suchinna Choemphun/Apinya Saengpaeng to pull off an incredible comeback 15-21, 21-14, 18-16 win. The Australian duo later overcame a strong challenge from Laura Kabulbekova/Nadezhda Ivanchenko to beat the Kazakhstan2 team in the same fashion as they came from behind to clinch the thrilling three-setter 17-21, 21-10, 15-8. 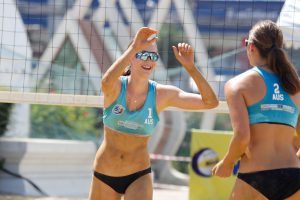 As the Aussies led Pool A, Suchinna and Apinya came in second place with two wins against one loss. The Thai tandem, who took silver medal at the concluded Asian U19 Championships, made amends in the afternoon match against Rifda Alia Fadila/Francisca Arintha to demolish the Indonesians 21-16, 21-19. 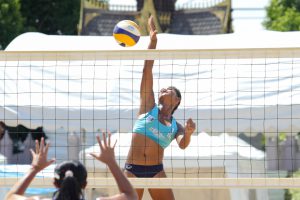 “We learned a lot from the loss against Australia2 and we tried to come up with improved performance against Indonesia. Our determination worked out pretty well this time. We next take on Thailand2 and hope we can repeatedly beat them,” Thailand1’s Apinya said after the match. 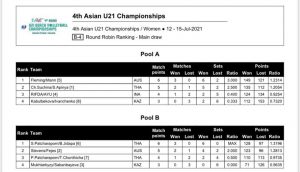 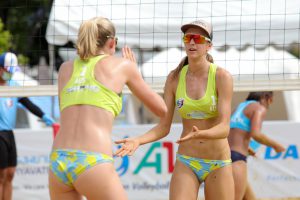 The women’s semifinals in the on-going Asian U21 Championships reflect on the rematch of the last week’s Asian U19 Championships semifinals when Australia1 beat Australia2 to set up final showdown with Thailand1, which sealed victory over Thailand2. 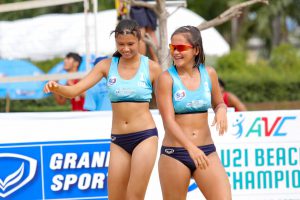 On Tuesday, Thailand2’s Patcharaporn and Jidapa caused a sensation as they surprised second seeds Australia1’s Fejes and Stevens, winners at the Asian U19 Championships, in hard-fought 22-20, 21-19 for a clean sweep of three wins to top Pool B. The Aussies finished second.

With only top two teams after the pool plays advancing to the semifinals, Indonesia and Kazakhstan2 finished third and fourth places to miss the cut for the next round.

The Indonesians on Tuesday struggled to beat Kazakhs Kabulbekova and Ivanchenko 21-16, 22-24, 15-10 for one win against two losses to come in third place in Pool A, with the winless Kazakhstan2 in fourth position. 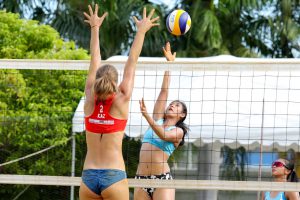 Thailand3’s Patcharaporn Pernchobtam/Chonthicha Thongkaew and Kazakhstan1’s Aisulu Mukhtarkyzy/Assemay Sabanbayeva also crashed out of the competition as they finished respective third and fourth places in Pool B, with the Kazakh duo losing all preliminary matches including the 11-21, 17-21 defeat at the hands of the Thailand3 pairing on Tuesday. 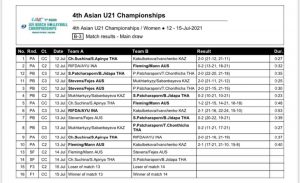 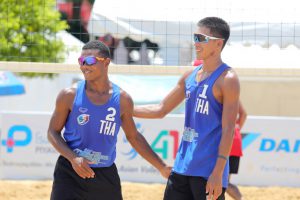 Netitorn and Wachirawit, silver medallists at the Asian U19 Championships, powered past the Philippines’ Jay Rack De La Noche/Alexander Jhon Iraya 21-12, 21-14 for two wins in a row in Pool B, while Narakorn and Nopphawit brushed off Indonesians Regar Renata/Afta Widura 21-15, 21-15 for consecutive two wins in Pool D. 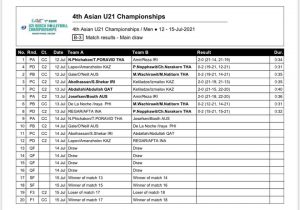 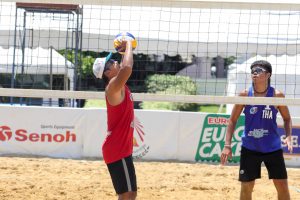 In Pool A and Pool C, Iran2’s Amir Reza Zamani/Reza Naghibizadeh Shamili and Kazakhstan2’s Alexandr Ketiladze/Alexandr Izmailov similarly suffered two straight losses to finish third place in their pools and thus, crashed out of the competition. 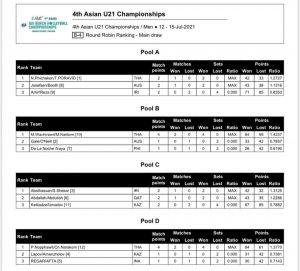 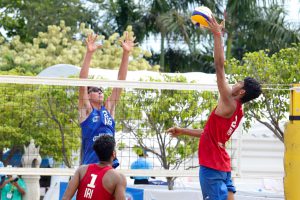 As Thailand2 advanced to the quarterfinals as Pool B winners, Australia1’s Connor O’Neill/Ruben Gale and the Philippines, both of them similarly lost one match apiece, will contest a decisive match on Wednesday to hunt for a spot in the quarterfinals. 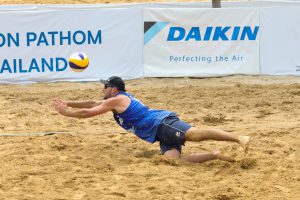 In Pool C, Kazakhstan2 had already succumbed to two losses to suffer early exit from the tournament, leaving Iran1’s Abolhassan Khakizadeh/Sina Shokati Shekarsaraei and Qatar’s Abdallah Nassim/Abdullah Hassanein, both teams have already claimed one win apiece, to fight it out for the Pool C winners. The Qataris on Tuesday beat Kazakhstan2 21-15, 22- 20. 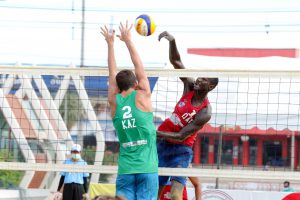 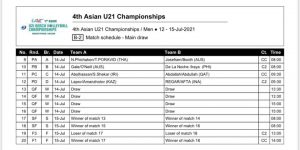