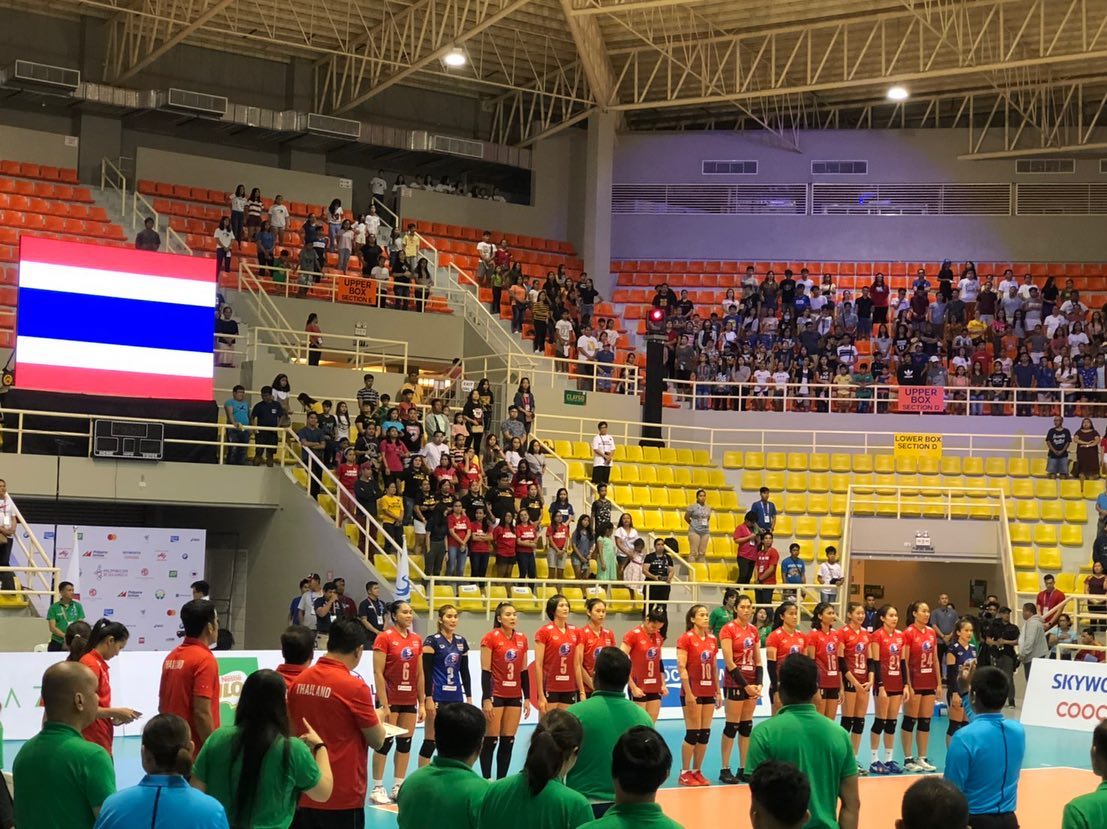 Thailand, current world No.14 and Asian silver medallists, outclassed Vietnam in a one-sided encounter 25-21 25-12 25-11 in 63 minutes on Sunday to make a clean sweep of the second leg of the ASEAN Grand Prix here. At the recent first leg at Terminal Hall inside Terminal 21 Shopping Mall on home soil in Nakhon Ratchasima, Thailand also stamped their authority with three consecutive wins.

Winning the ASEAN Grand Prix back to back, Thailand sent an ominous warning to the other rivals ahead of the 30th South East Asian (SEA) Games that they remained the strongest team to be reckoned with when the Games will kick off in the Philippines from November 30, 2019.

Thailand took the first SEA Games volleyball gold in 1989 in Kuala Lumpur, Malaysia and repeated the feat two years later in Manila, the Philippines. They lost the SEA Games crown to the Philippines in 1993, but came back much stronger after that as they achieved an absolute control to win them all from the 1995 SEA Games on home soil in Chiang Mai until now. 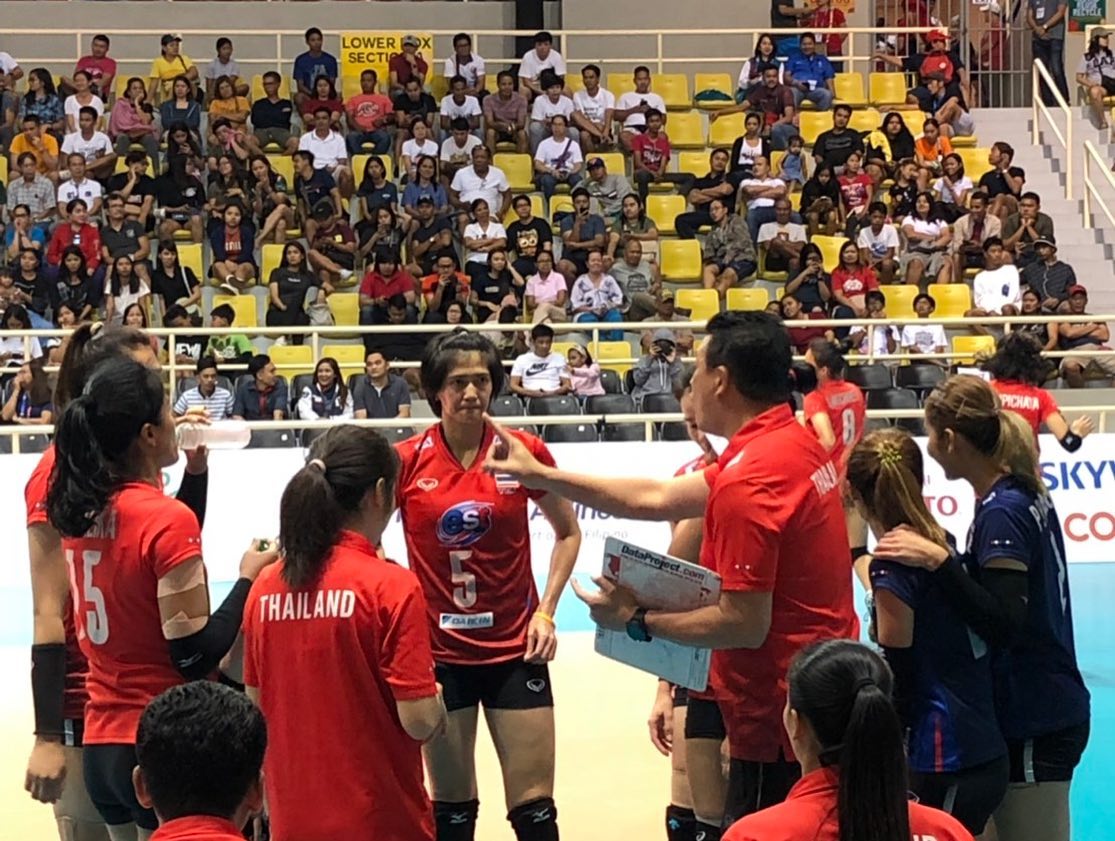 Powerful attacks from Wanitchaya and Pleumjit mixed by well-placed serves from Malika led Thailand to a thrilling 25-21 win in the first set and stormed on to win the remaining two sets without much effort 25-12 25-11.

Malika Kanthong chipped in with 13 points including a team-leading 4 aces to steer Thailand to their second straight golden finish in the second stop of the four-nation tournament. Pleumjit Thinkaow and Wanitchaya Luangtonglang scored 12 points apiece and combined for 20 of Thailand’s 42 attack points. Thailand captured the second ASEAN Grand Prix with remarkable unbeaten record without dropping a single set.

Hoang Thi Kieu Trinh finished with nine points while Nguyen Thi Trinh had four points for Vietnam, which dropped all of their three games in the leg and remained winless since the first leg in Thailand.

Meanwhile, Indonesia picked up silver medal as they pulled off a dramatic four-set win against hosts Philippines in exhausting 118 minutes. 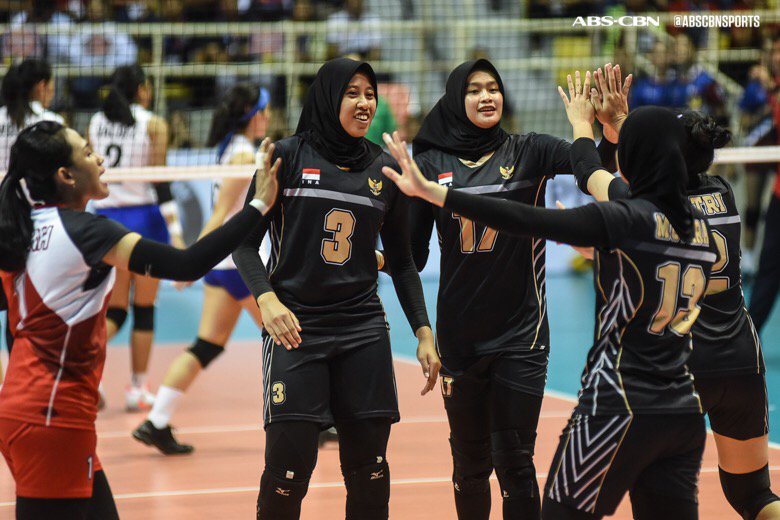 Indonesia, led by brilliant all-round performance from Megawati Pertiwi Hangestri Pertiwi and Arsela Nuari Purnama, took the first two sets 25-21 25-17, but struggled to get past the hosts’ blocks to go down in the third set 21-25. In the fourth set, the Indonesians put the host side under constant pressure from the front and bak of the court with some spectacular digs and took control of the set from the outset to capture the thrilling set 25-21 and match.

Indonesia, just like the first leg in Nakhon Ratchasima, won two of their three matches to finish as runners-up to unbeaten champions Thailand.

Jovelyn Gonzaga led the Philippines with 14 points. Alyssa Valdez fired a team-leading four aces for 13 points laced with 18 digs as the host side settled for bronze medal with a 1-2 win-loss record. 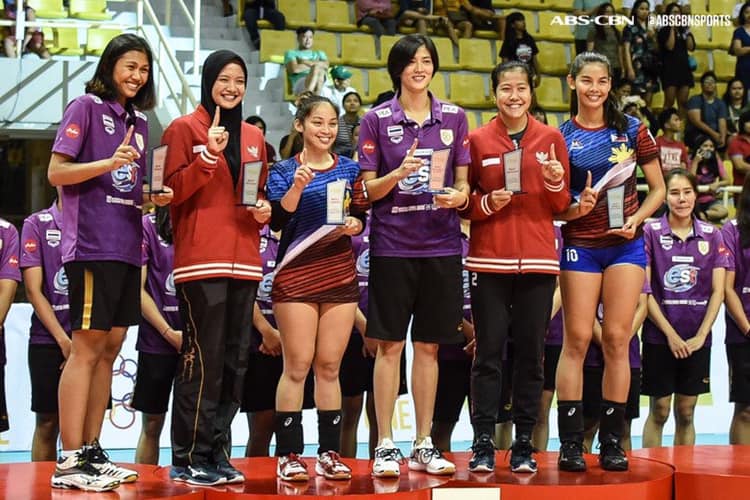 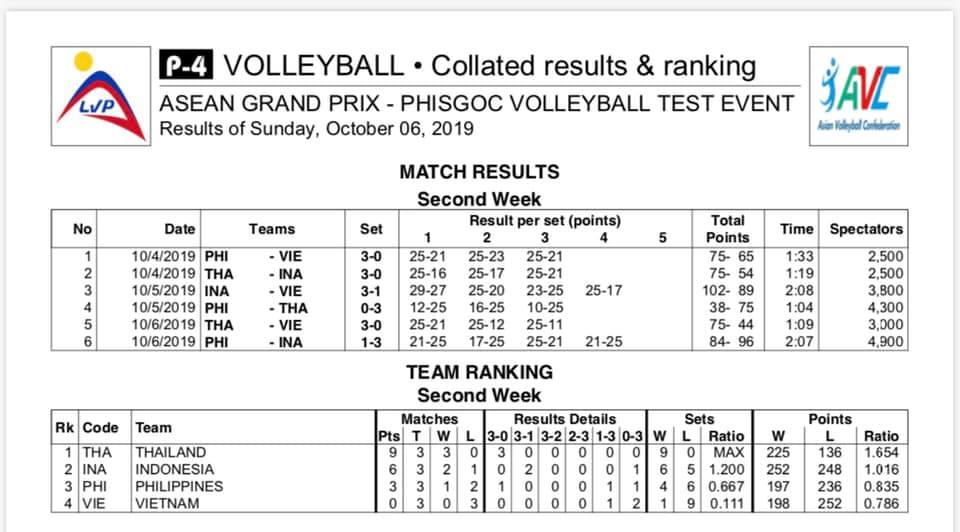 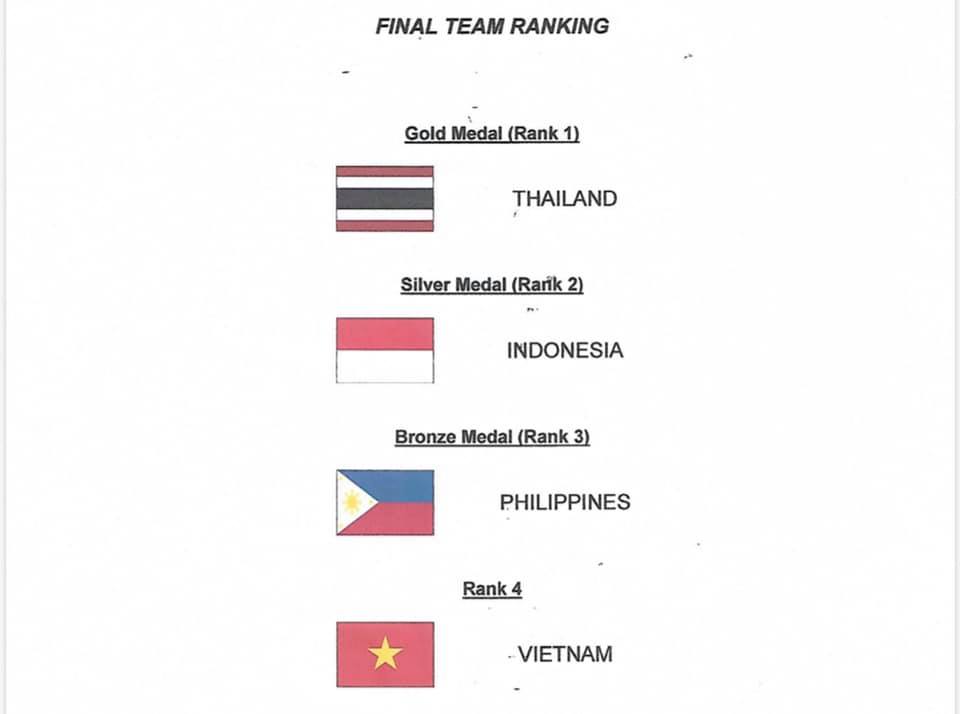 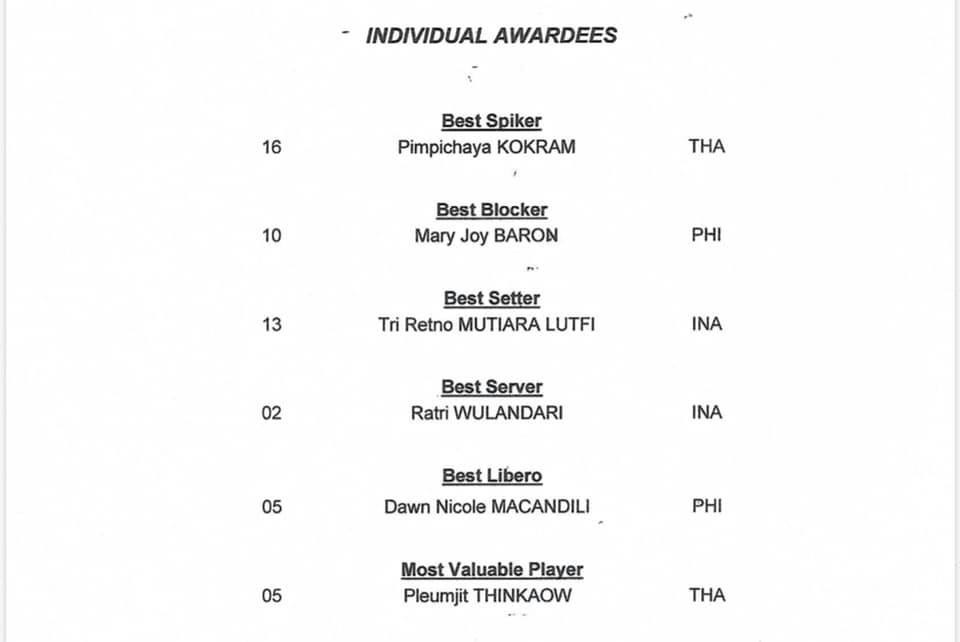 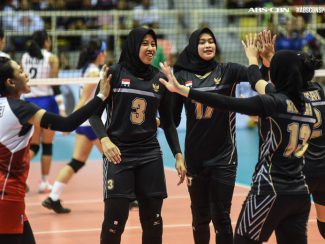 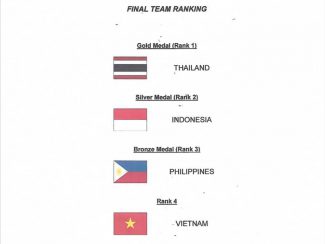 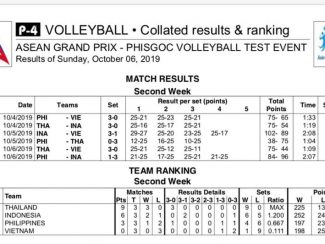 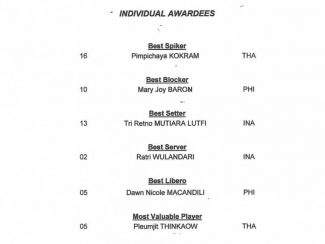 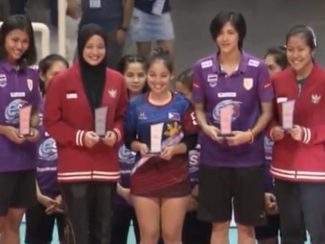 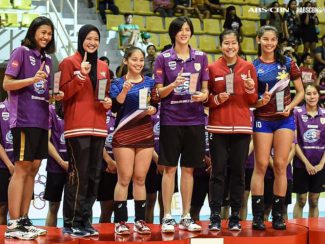 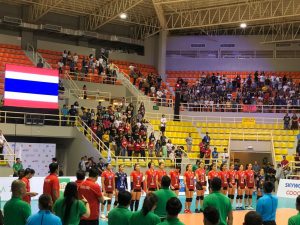 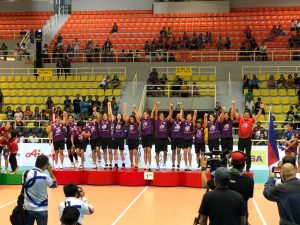 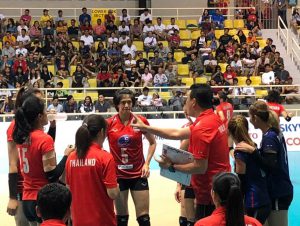