Thailand, current world No.14 and silver medallists at the recent Asian Senior Women’s Championship in Seoul, Korea, outclassed the host side in one-sided encounter 25-12 25-16 25-10 in 58 minutes, while Indonesia, which suffered their first loss at the hands of the formidable Thais the previous day, registered their first win at the three-day round-robin competition on Saturday following a dramatic 3-1 (29-27 25-20 23-25 25-17) win against Vietnam in exhausting 119 minutes. Thailand head coach Danai Sriwacharamaytakul, celebrating his 49th birthday on Saturday, shuffled his line-up a lot in this match against hosts Philippines as he still trusted in his strong lineup led by three veterans Pleumjit Thinkaow, Onuma Sittirak and Wilavan Apinyapong. He rested ace spiker Chatchu-on Moksri, top scorer in the previous match against Indonesia, and instead fielded another two young talents Pimpichaya Kokram and Watchareeya Nuanjam. 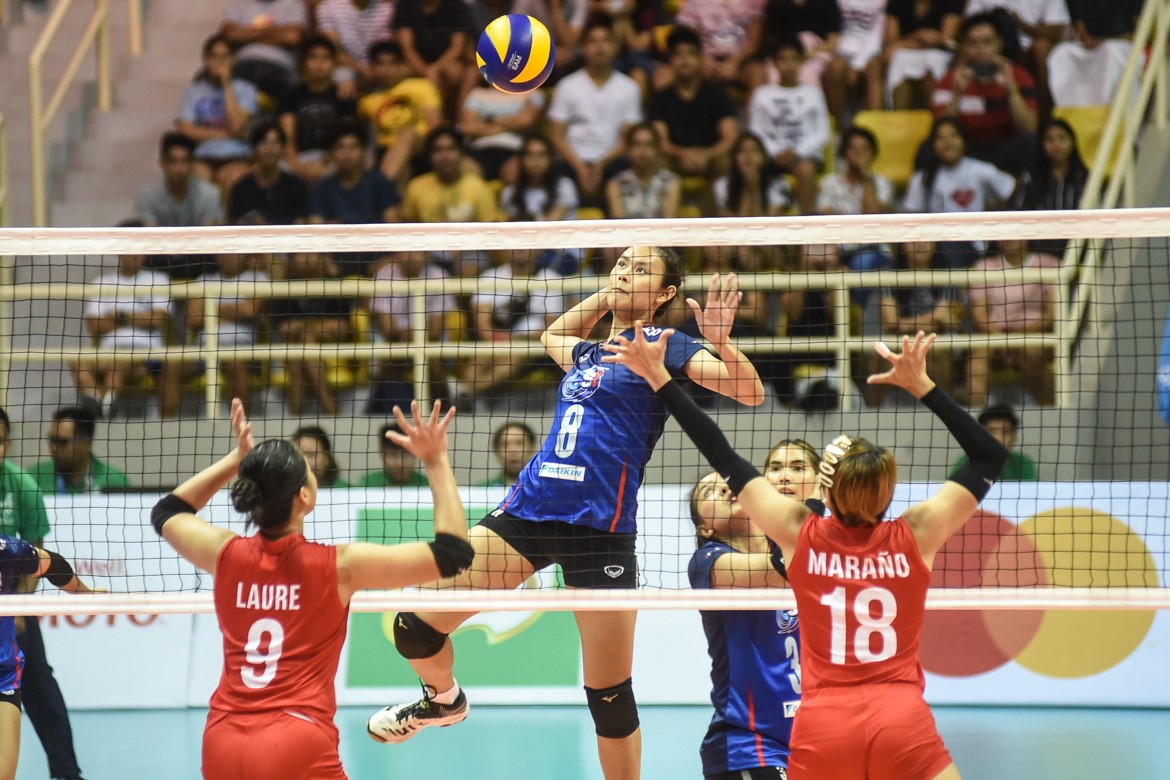 The Philippines also rested their key players Alyssa Valdez and Julia Melissa Morado for the whole match and Mylene Paat was sent in to lead the charge. Thailand, the perennial SEA Games champions which have been training intensively in preparation for the AVC Continental Olympic Qualification Tournament on home soil in Nakhon Ratchasima between January 7 and 12, 2020, were seemingly going through the motion after taking the first two sets with ease 25-12 25-16. Their overwhelming dominance continued through their resilience and superb net play in the third set, which turned out to be one-way traffic. Pimpichaya’s powerful attacks proved a thorn in the Philippines’ blocks. Thailand captured the comfortable set 25-10 and match. Pimpichaya Kokram chipped in with 11 points for Thailand. The first leg MVP Onuma Sittirak had 10 points off 8 attacks from 14 attempts, while Pleumjit Thinkaow and another veteran Malika Kanthong added 7 markers apiece beating the Philippines in a one-sided affair.

The first leg champions inched a win shy of repeating their glory with an immaculate 2-0 record. Nobody scored in double figures for the Philippines with Mylene Paat and Frances Xinia Molina leading the undermanned Filipina spikers with 7 and 6 points respectively. Mary Joy Baron and Grethcel Soltones added 5 points each. Thailand target the second leg championship against the winless Vietnam on Sunday at 5pm local time, while the Philippines, which are tied with Indonesia at 1-1, gun for a silver medal finish at 3pm.

Earlier, Vietnam continued their losing streak in this year’s Asean Grand Prix, losing them all at the recent first leg at Terminal Hall inside Terminal 21 Shopping Hall in Nakhon Ratchasima, Thailand and remaining winless at the on-going second leg in the Philippines.

Playing without their regular captain Tran Thi Thanh Thuy, Vietnam on Saturday fought hard against Indonesia before going down in thrilling four-setter 27-29 20-25 25-23 17-25.

Megawati Hangestri Pertiwi scored a match-high 21 points from 18 attacks from 41 attempts and a team-leading 3 blocks for Indonesia, while Hoang Thi Kieu Trinh topscored with 16 points for Vietnam.

On Sunday, the last day of the round-robin competition, Thailand take on Vietnam and Indonesia go up against hosts Philippines. The two matches will be followed shortly by Awards Presentation and Closing Ceremony.