Bangkok, Thailand, January 8, 2021 – The Thailand Volleyball League 2020-2021 season, which is due to resume on January 9 and 10 at MCC Hall inside The Mall Lifestore Ngamwongwan in Nonthaburi has been postponed as a result of the drastic increase of COVID-19 cases in the country.

The first-leg encounters of the Thailand’s top-level professional volleyball league, featuring a total of 16 teams including 8 apiece in men’s and women’s events, are being held in a single round robin, with the first three weeks taking place at Nimibutr Gymnasium in Bangkok and the next four weeks (Week 4, 5, 6, 7) at MCC Hall. At the end of the first leg on January 31, only top 6 teams from each category will advance to the second leg.

The country’s top-flight competition has been held In line with the policy on preventive measures of the Thai Government’s Centre for COVID-19 Situation Administration to combat the pandemic. All players, staff coaches and officials underwent a nasal swab test ahead of the competition to make sure they are COVID-19 free.

The fourth week of the tournament is due to be held on January 9. However, just one week ahead of the resumption of the competition, the organisers decided to postpone the competition due to the impact of the COVID-19 outbreak.

Following the announcement of the postponement, citing health concerns and cooperation with authorities on imposed restrictions of gatherings, the organisers informed that the competition will resume when the COVID-19 situation in Thailand returns to a more normal state.

The number of new COVID-19 cases in Thailand has skyrocketed after months of calm, making a single-day record to more than 700 cases which resulted in authorities’ decision to issue urgent control measures. However, the number of new cases has gradually been decreasing. On January 8, a total of 205 cases were found including 58 from active case finding and 16 migrants in detention centre. 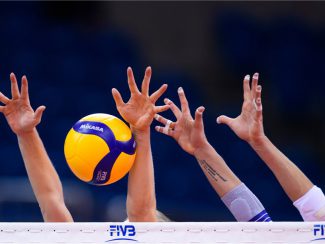