Tunis, Tunisia, August 30, 2019 – Italy’s Tommaso Rinaldi is the Most Valuable Player of the 2019 FIVB Boys’ U19 Volleyball World Championship in Tunis. He was a key contributor to his team’s success in their quest for the gold medal and the world title and well deserved the honour to be named MVP of the tournament.

Traditionally, seven of the best performing volleyballers at the event were named on the Dream Team of the U19 World Championship and honoured during the closing ceremony after the final match:

“I am very, very happy! I am so excited for this championship title. It was very difficult, but we won, so I am completely satisfied,” commented MVP Rinaldi. “To receive these individual awards was very surprising for me. I think my reception was normal, but I attacked well. Of course, I have to thank the rest of the team for it. After three months of daily hard work together, my team is the best.”

The list of MVPs since the introduction of the award in 2005: 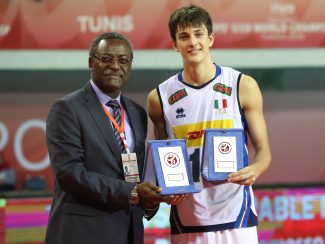 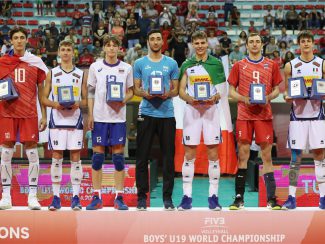